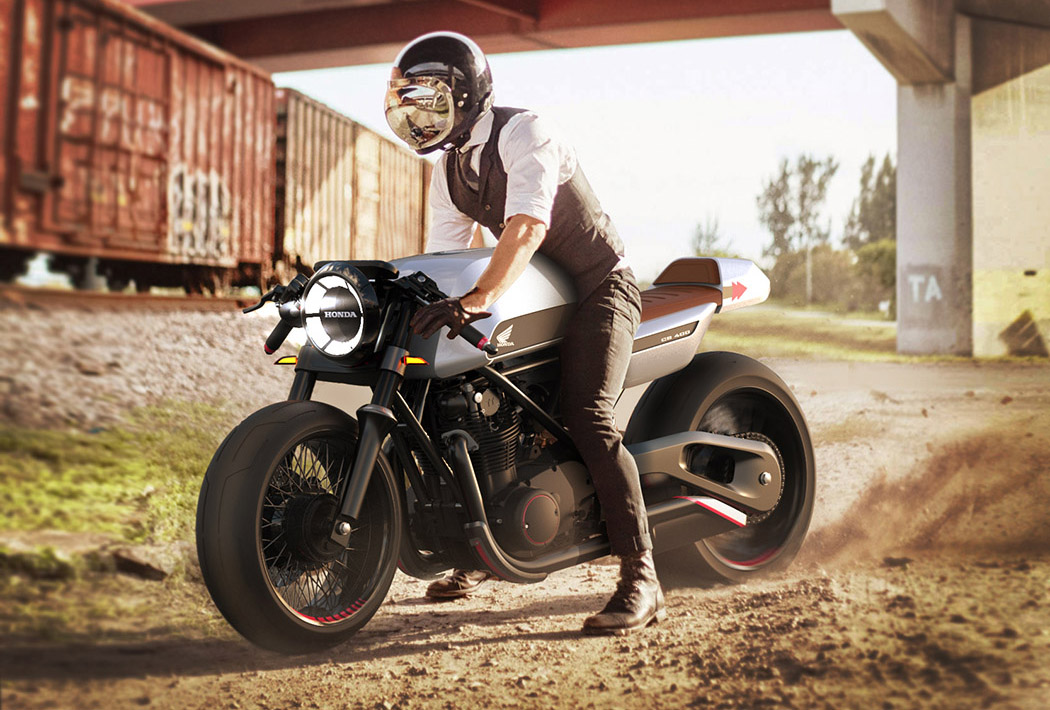 In the early 80s, Brazilians rejoiced at the news Honda would produce the milestone CB400 in their native country. Much to many Brazilian gearheads dismay, it was discontinued in 1994 and replaced with more technologically advanced options. Designer João Paulo Caetano Moreira’s modern concept aims to bring back this bad boy, ironically with new relevance in the form of a vintage style cafe racer!

The midsize bike still sports a 400 CC engine and maintains some of the signature aesthetic elements like the tank and tail. Despite its focus on heritage, a few new bells and whistles stand out, including a fingerprint scanner fuel tank access system, a digital display with smartphone syncing capability, and cameras integrated into the handlebars which then feed directly to the rider’s helmet display! 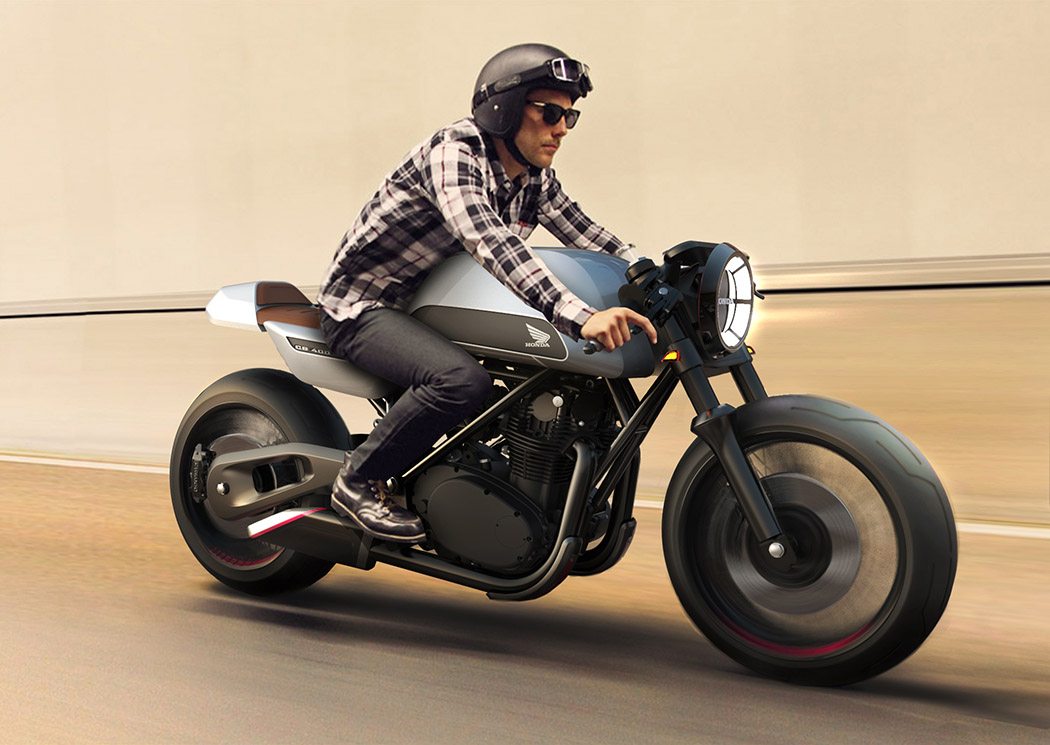 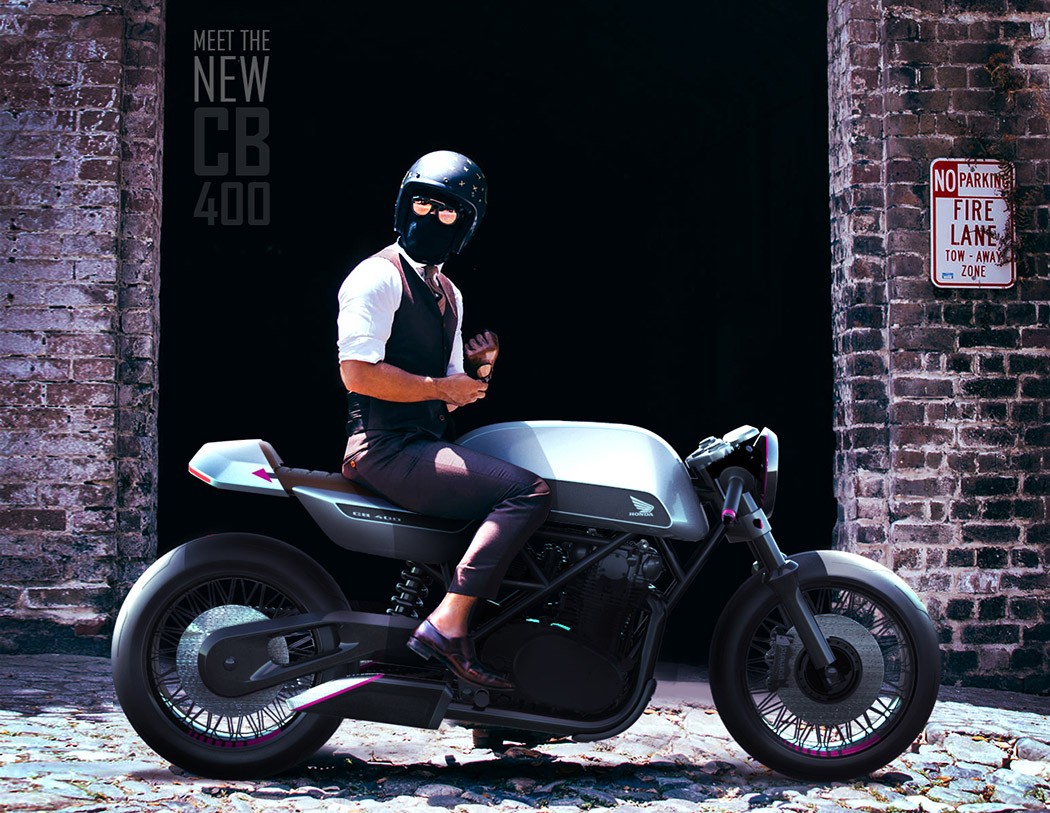 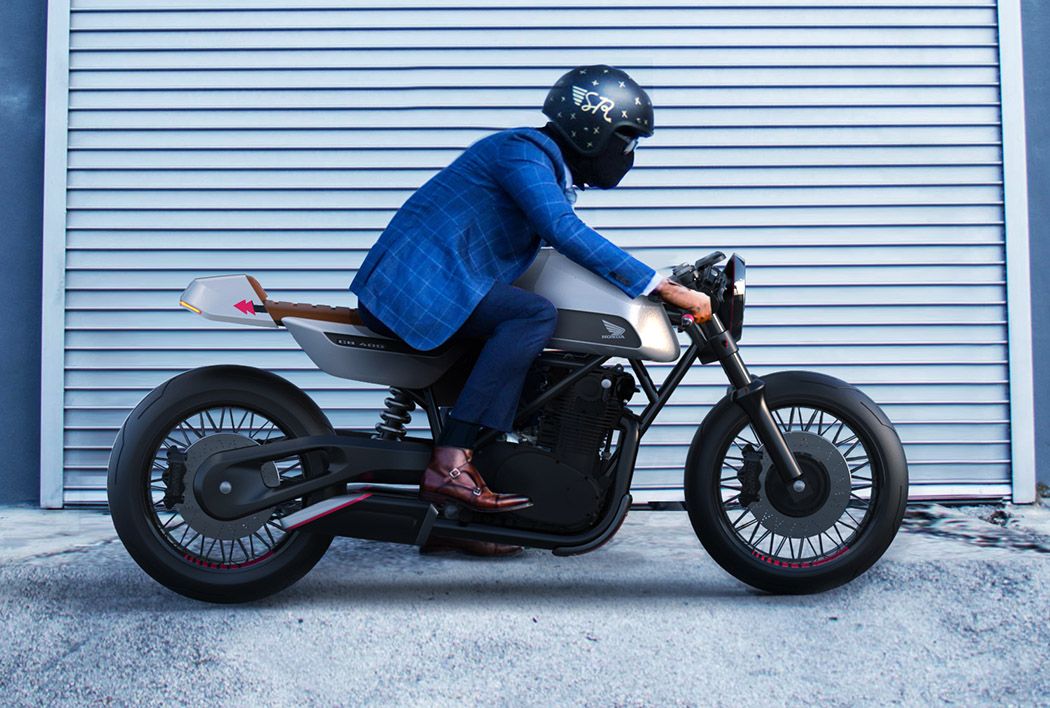 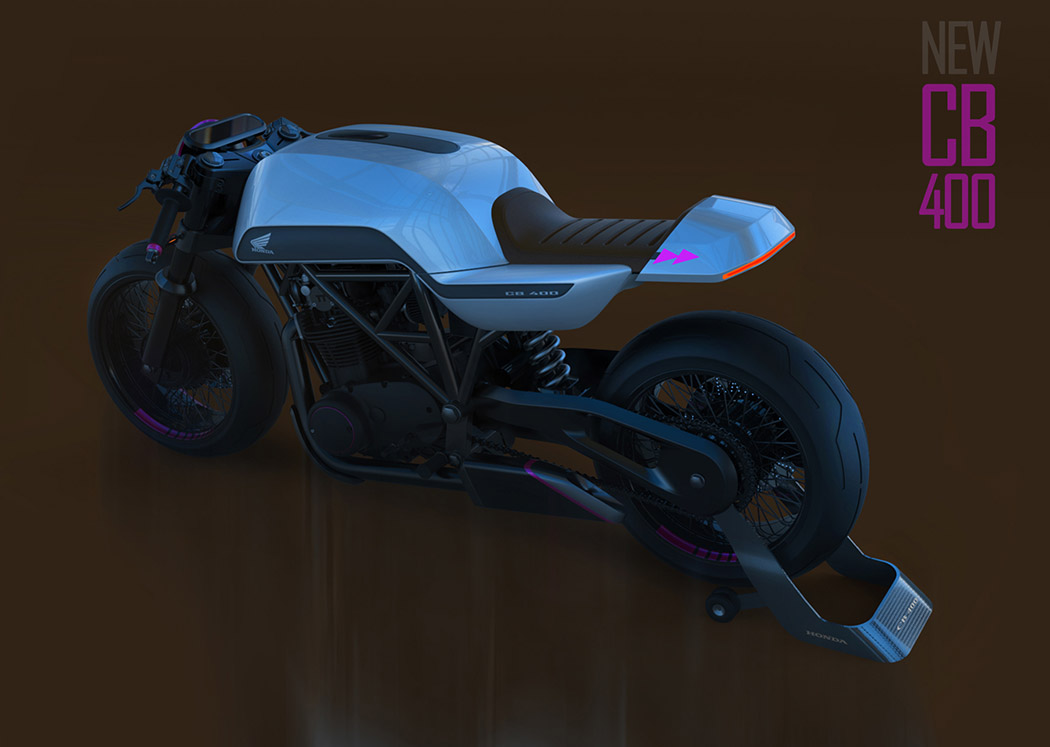 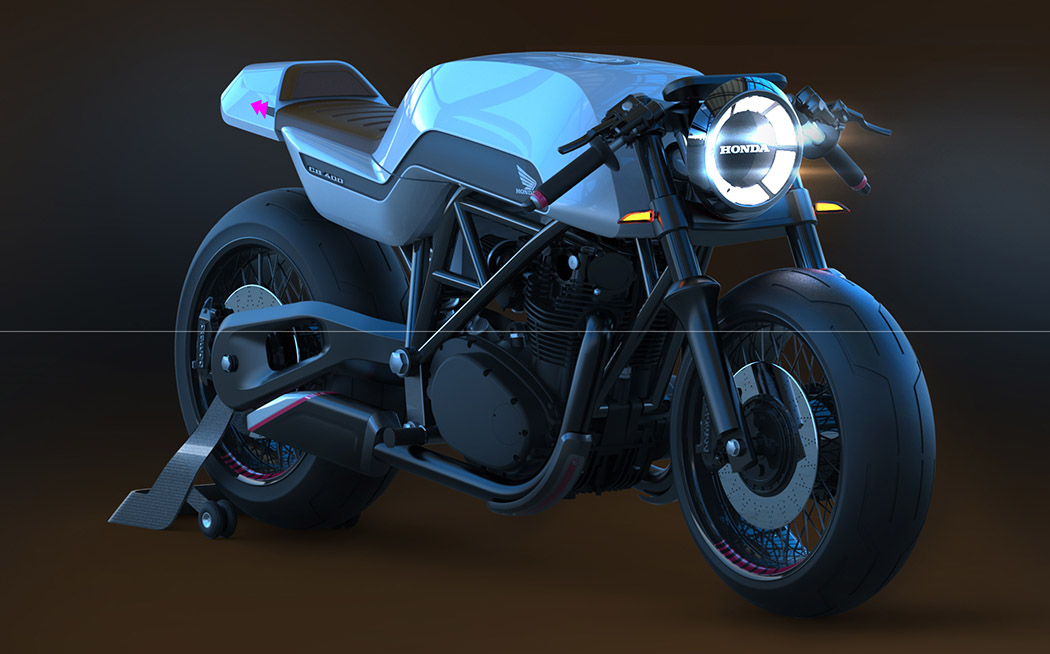 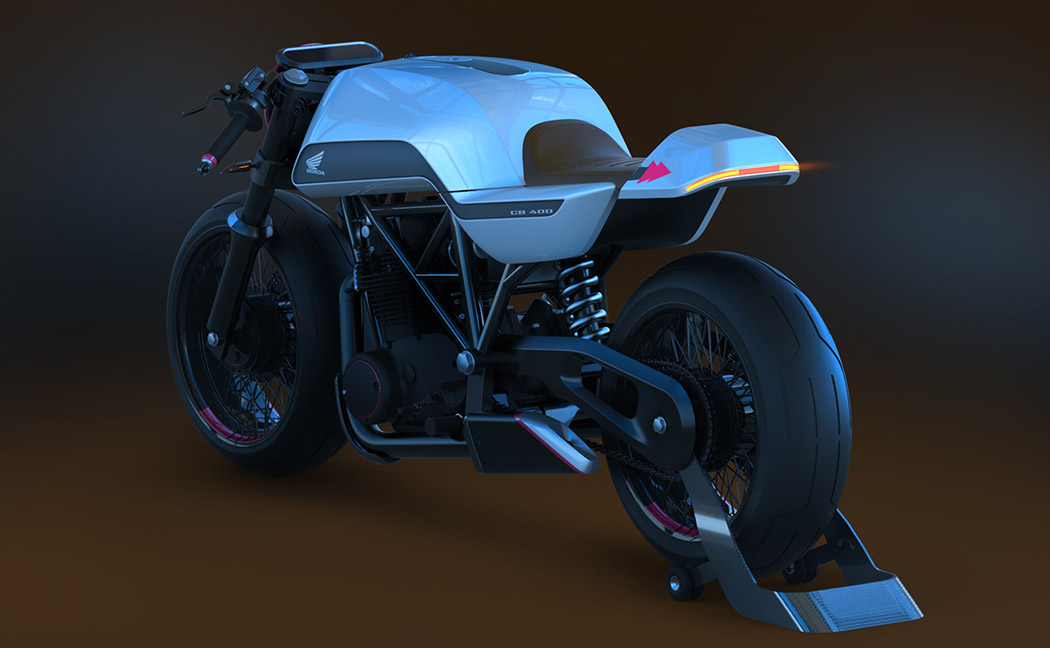 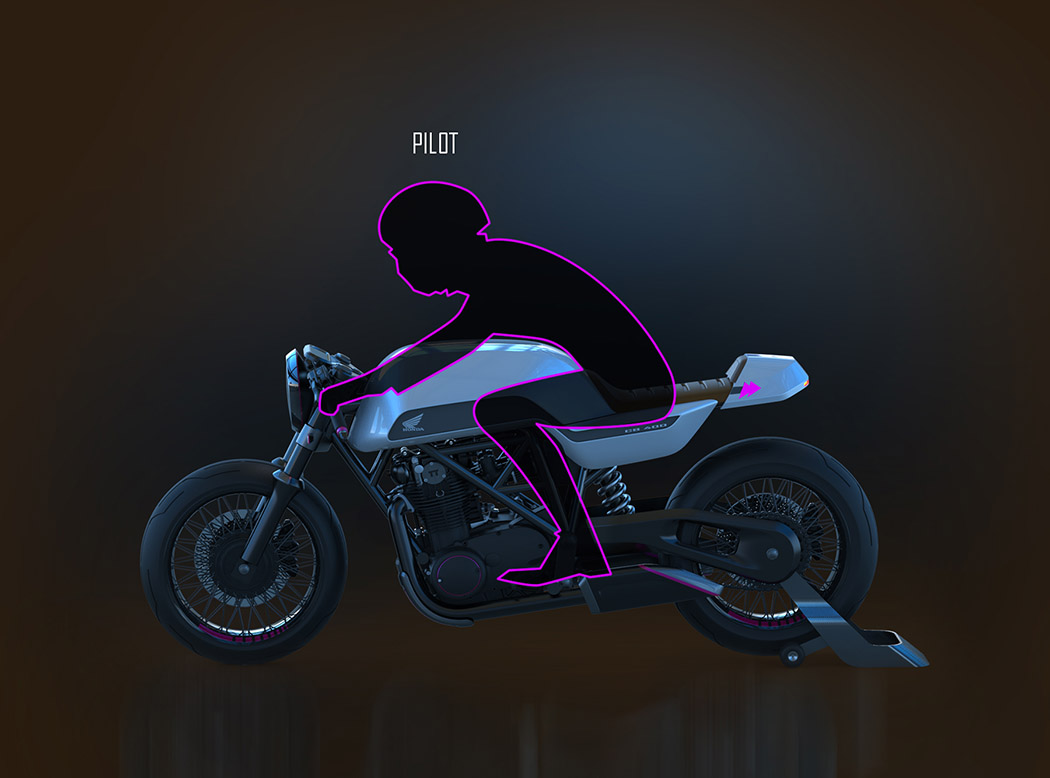 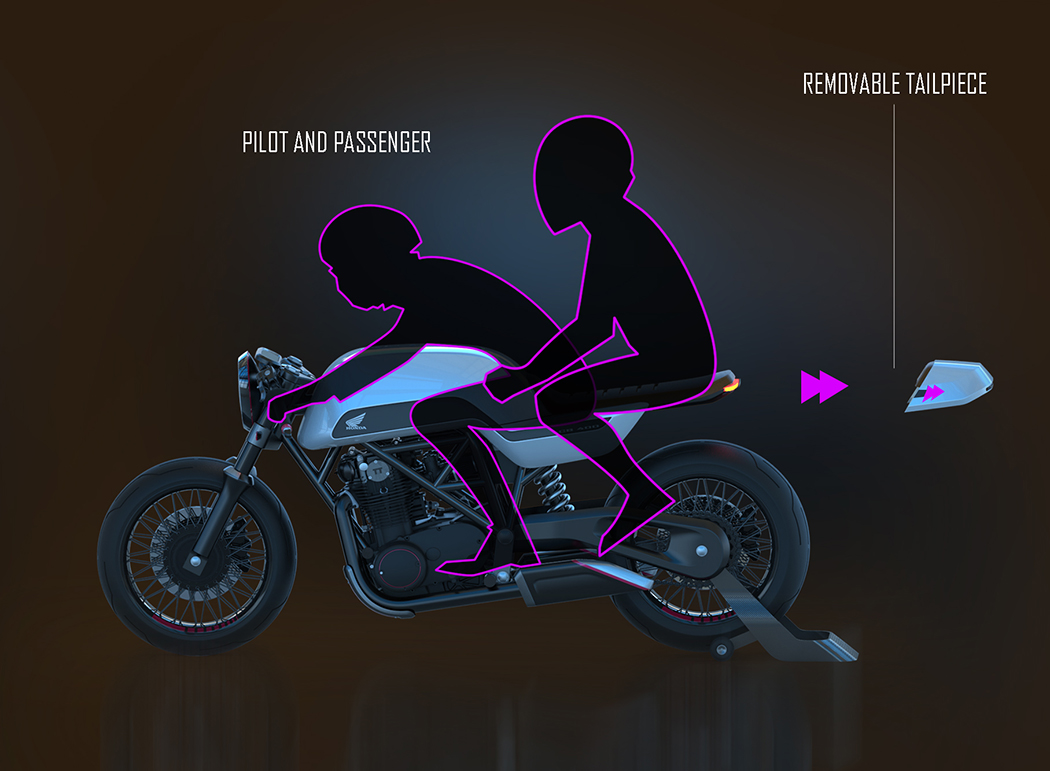 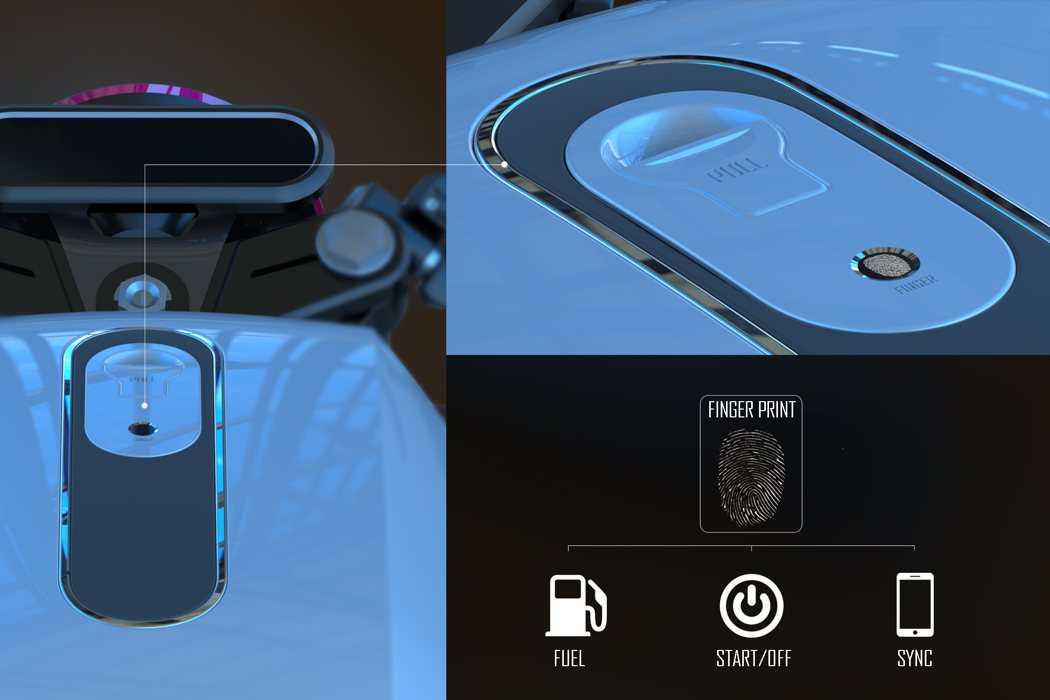 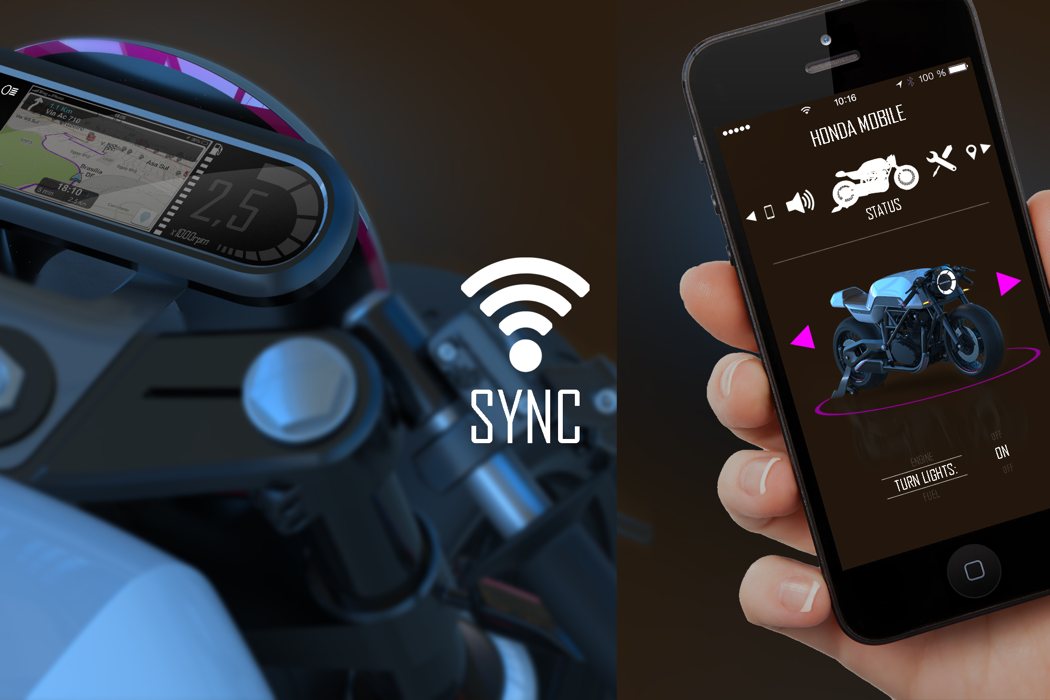 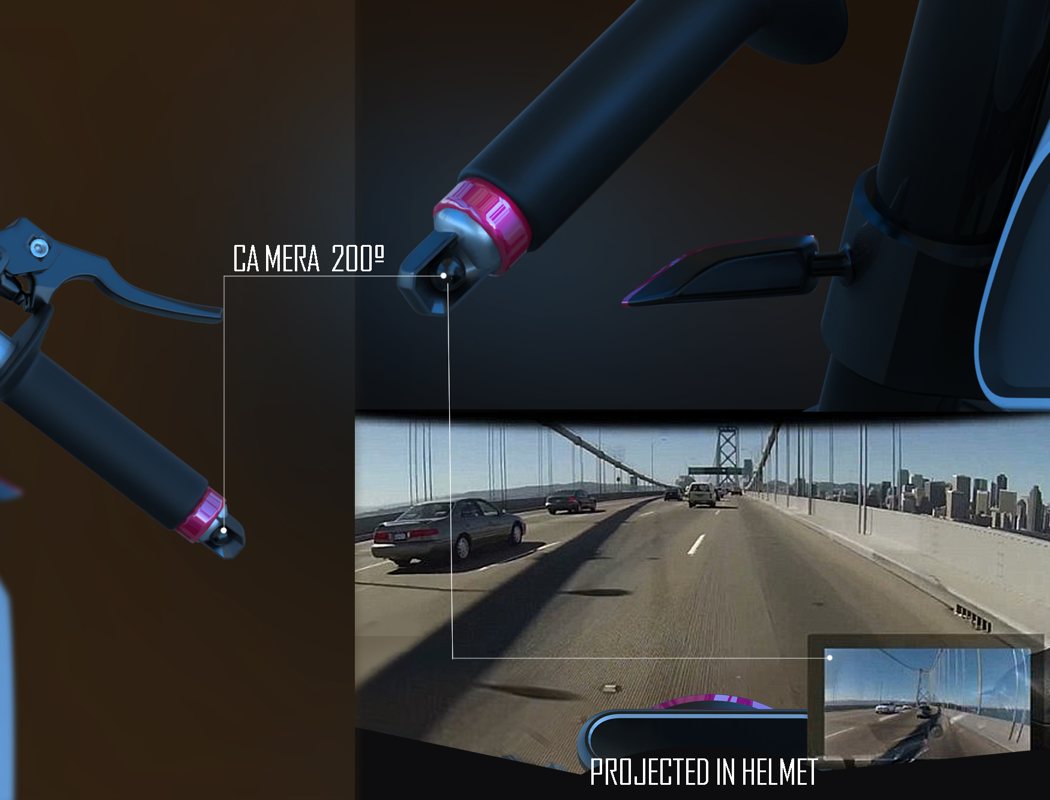 Futuristic crossover styling meets space-age materials in Marianna Merenmies’ 3-passenger concept, “eXtremes.” It’s is an exploration into the use of Aerogel, a material often used in…

Despite its agro name, the Volkswagen Interceptor is actually a friendlier take on futuristic patrol cars. Compared to other unnecessarily intimidating vehicles, this petit police car…

This is a fast bike. It’s called “The Beast” and it’s designed and executed by M55 Bikes and it goes 40 miles per hour. One charge…

I’m horrible at skateboarding. I always find myself sitting on the sidewalk while the skateboard rolls away from me. The Blair Bodyskate, however, allows me to…