An all-electric lightweight motorcycle crafted for the near future, perfectly tailored for the city rides, commute to work and everything in between. The focus here is on the pleasure of driving and a style statement that goes very well with the younger lot!

It goes without saying, electric mobility is the future and established brands, as well as budding automotive startups, are chasing the dream of creating commercially viable electric vehicles that are not short on power delivery. In the electric race is the DAB Concept-E electric motorcycle that creates a niche for itself owing to the off-beat design. This e-bike is created with assistance from Outercraft design studio headed by Pierrick Pichaureaux, who’ve managed to strike the right balance between design parity to display what’s important. The oblique lines create a flying back form while the horizontal lines bring in a sense of simplicity. 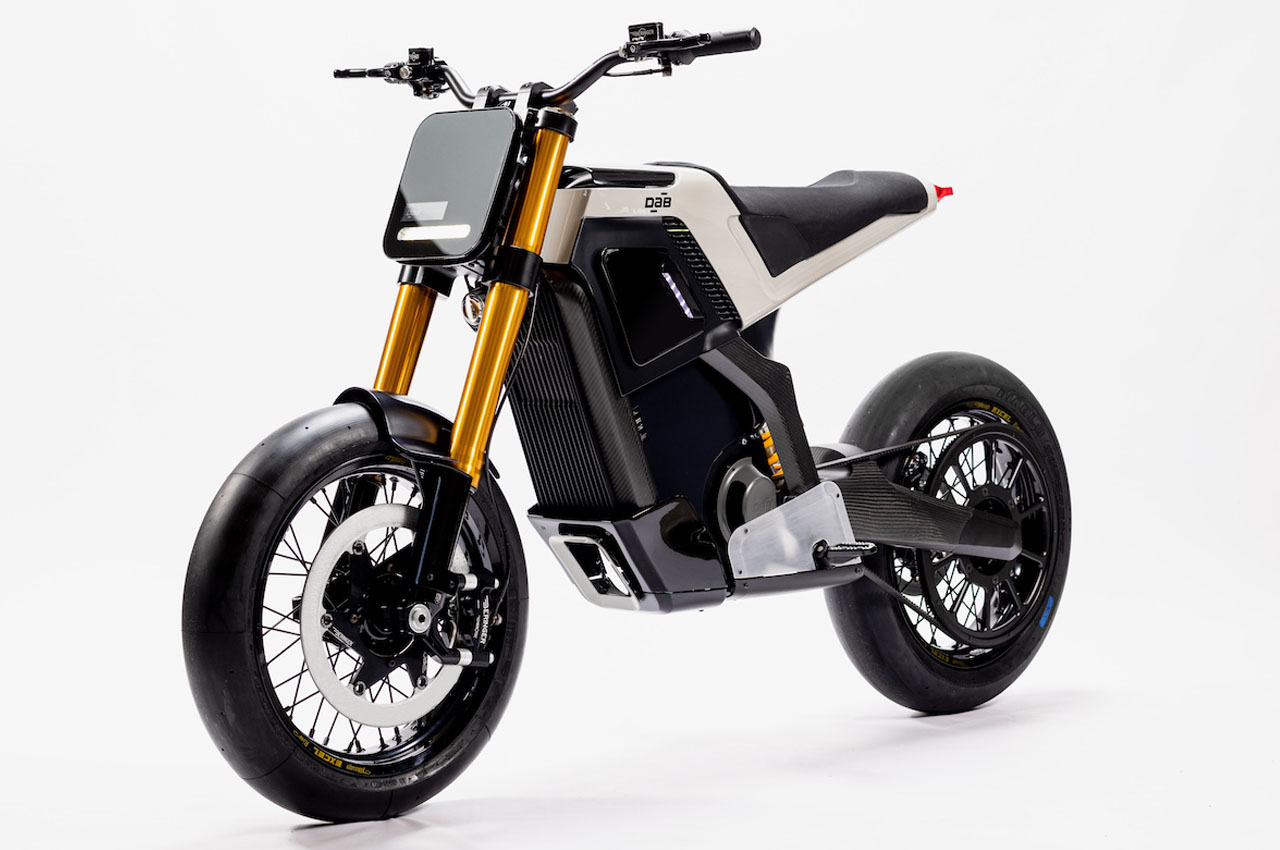 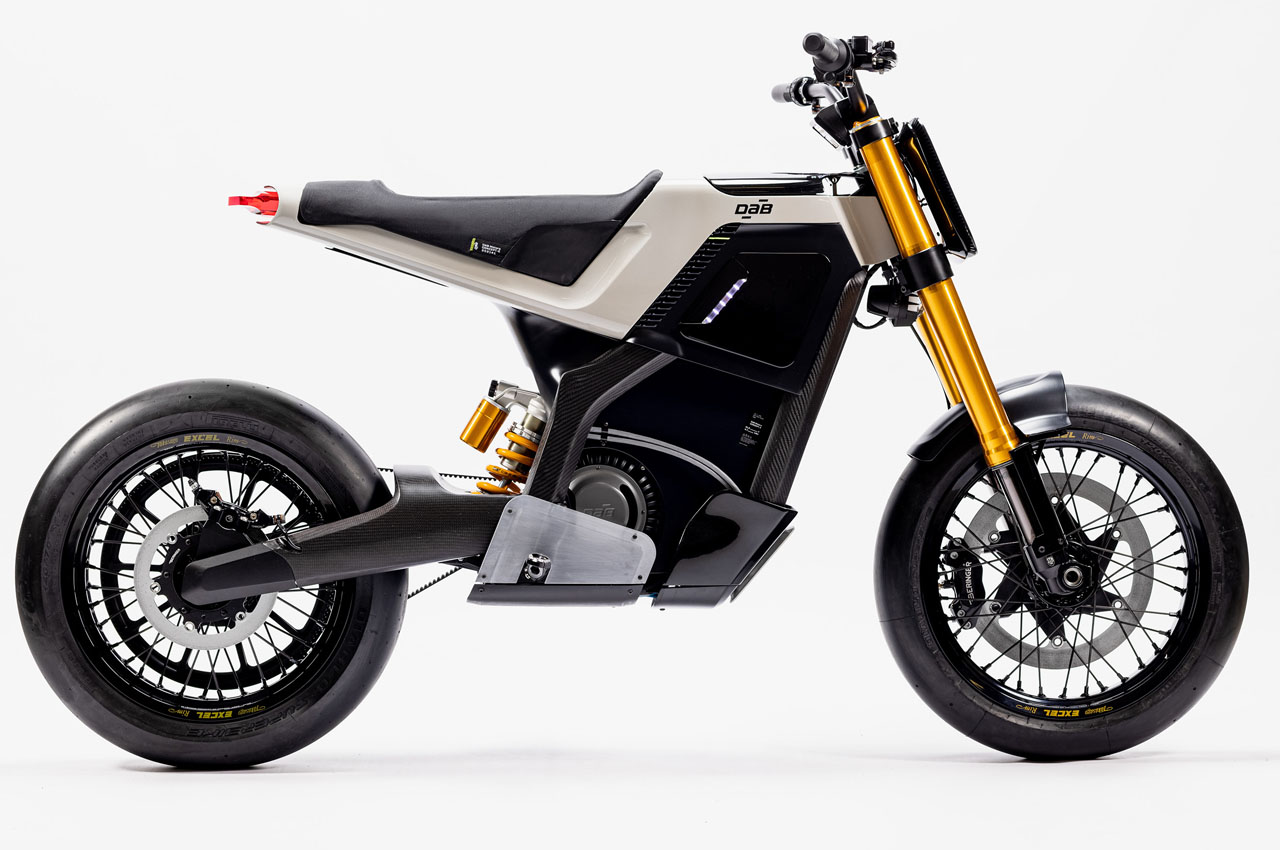 This is DAB Motors’ first electric bike to arrive on the electrified horizon, and instantly it impresses with the sleek silhouette balanced out with the Supermoto styling. The bodywork is done mostly in carbon fiber keeping the bike lightweight while the saddle is crafted with durable Ripstop material that’s usually used for making yacht sails. To keep all the wiring away from the naked eye, Outercraft has strategically designed the bike’s frame and swingarm in a way to house all the wires. Keeping up with the modern aesthetics, there’s an LED speedometer console on the front and a slim array of translucent LED headlights underneath a flat-track-inspired board. 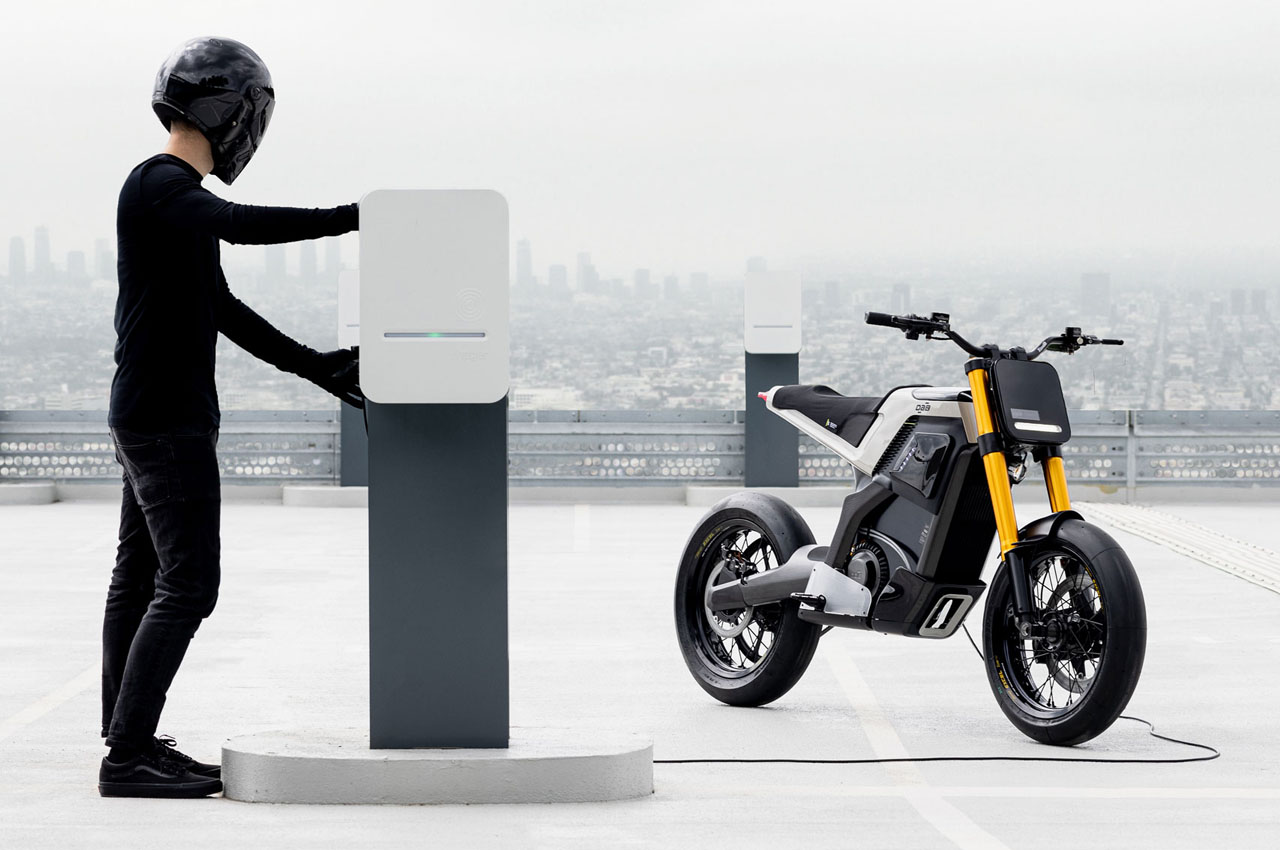 Coming on to the more technical specifications, DAB Concept-E gets a 10 kW electric motor and a 51.8 V lithium-ion battery pack. The makers claim, the e-bike to reach a top speed of 105 kmph and a range of 110 km. Since the ride is tailored for urban spaces in the future, it gets the Gates belt drive having aluminum machined pulleys. We have to keep in mind, the motorcycle is still in the concept stage and how much of the design or mechanical components will make it through to the production model, still remains to be seen. 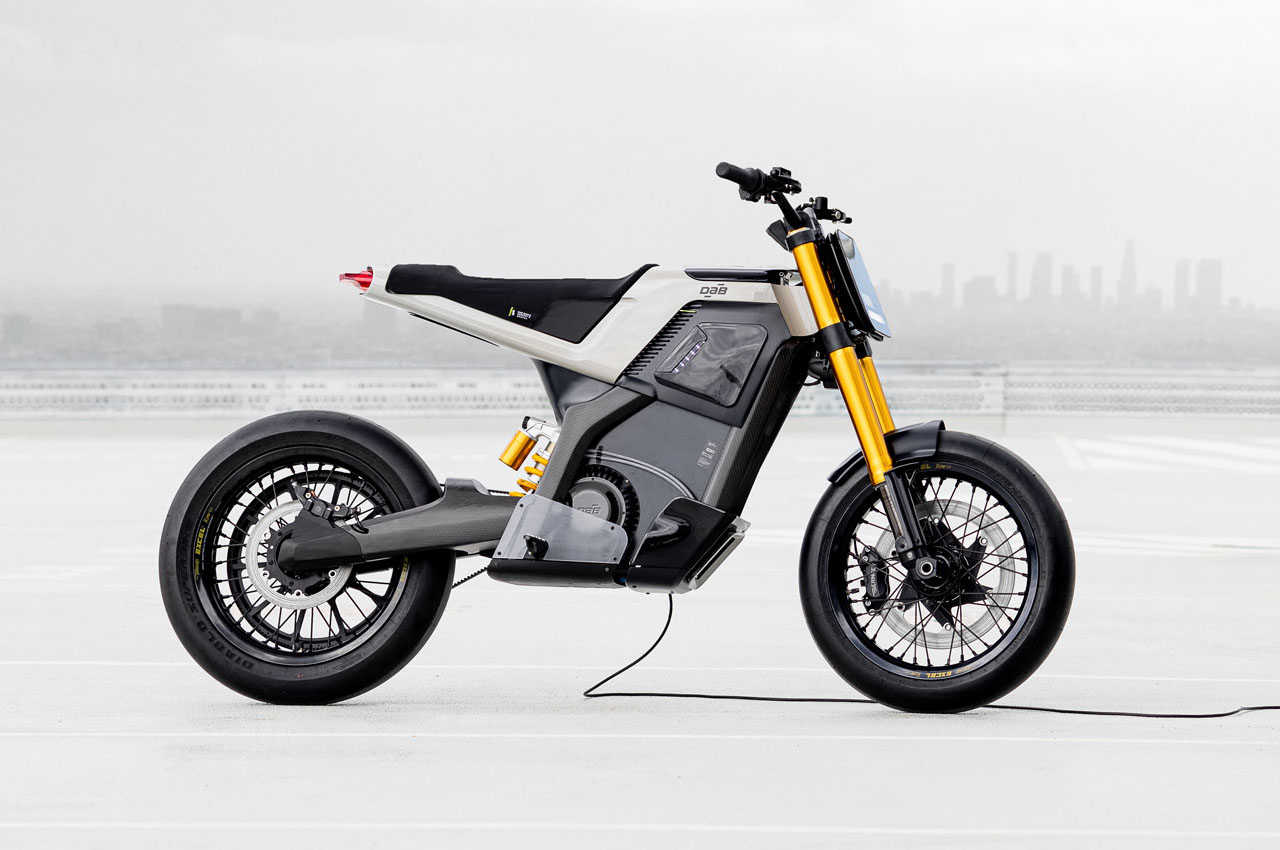 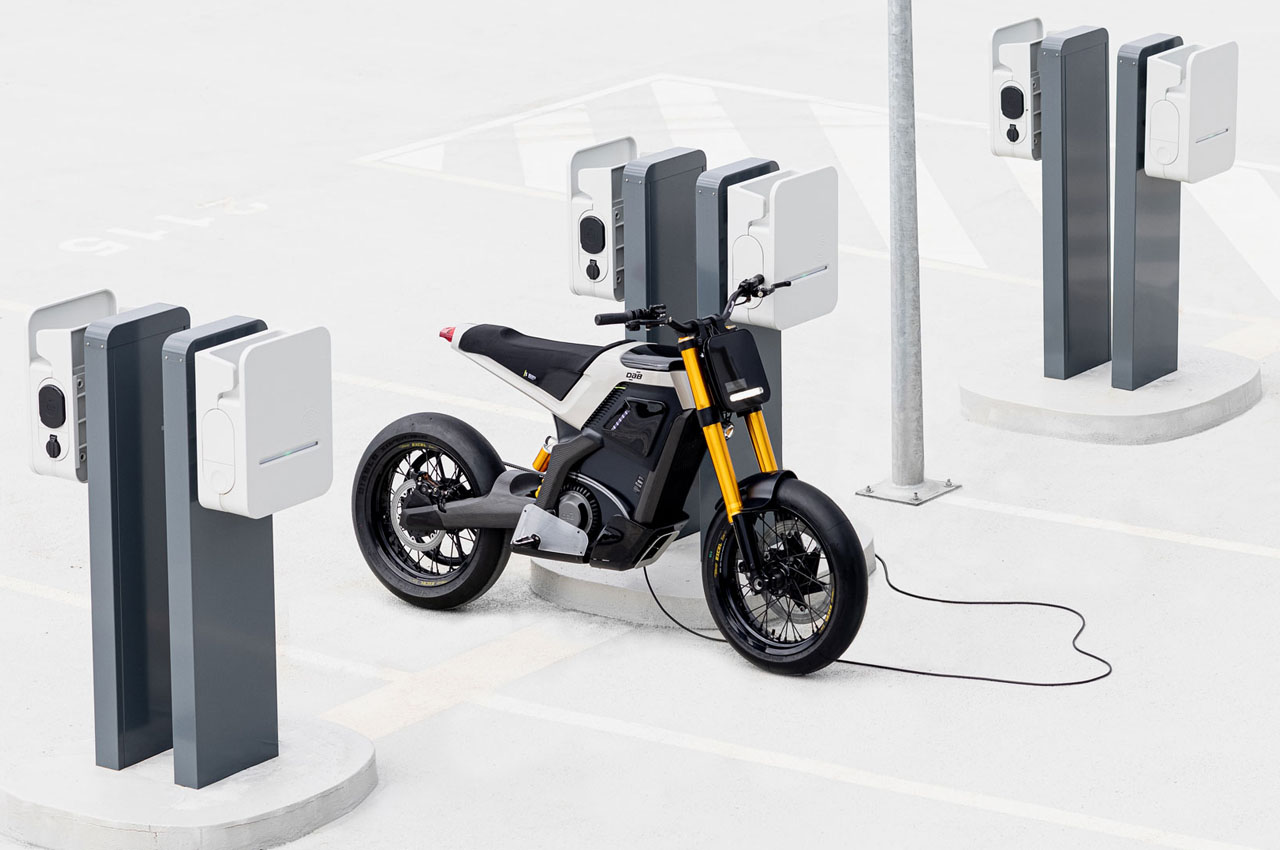 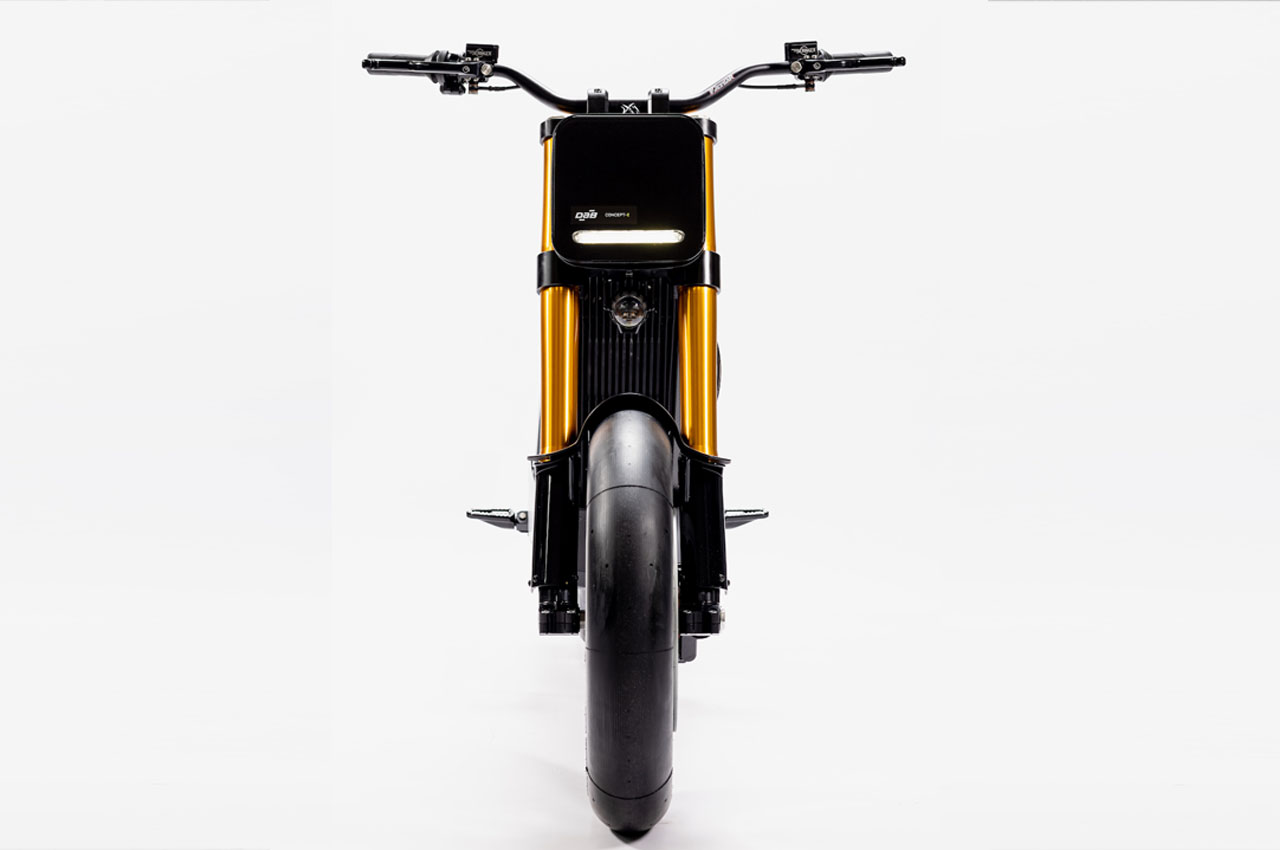 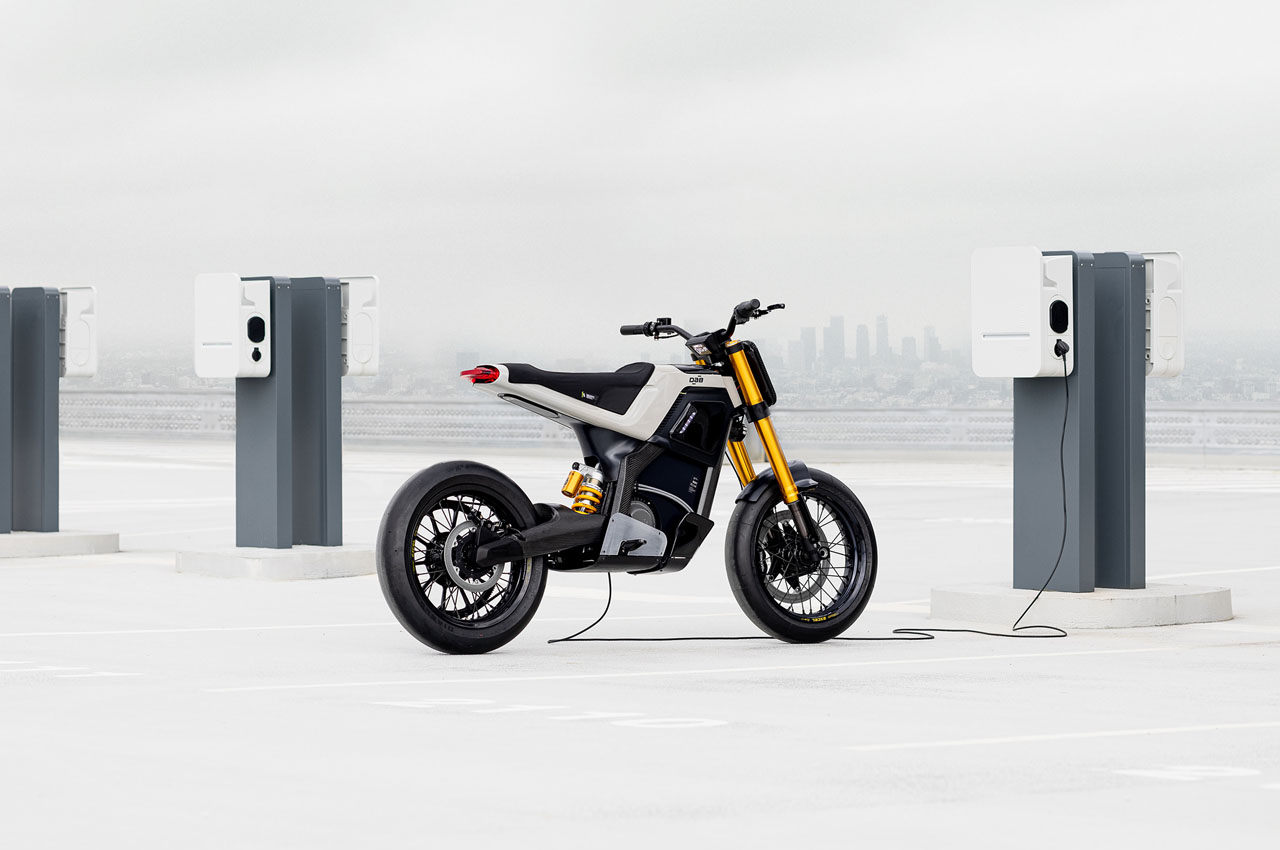 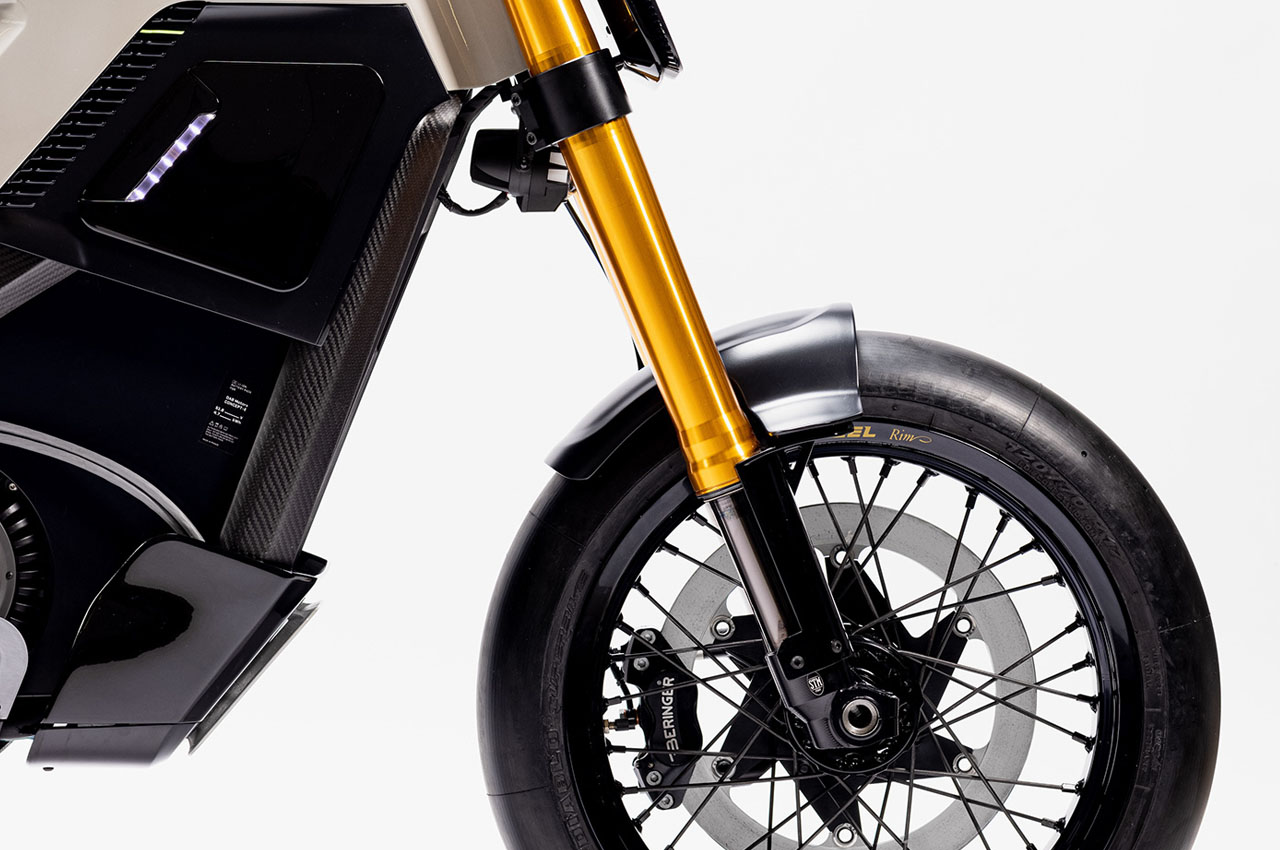 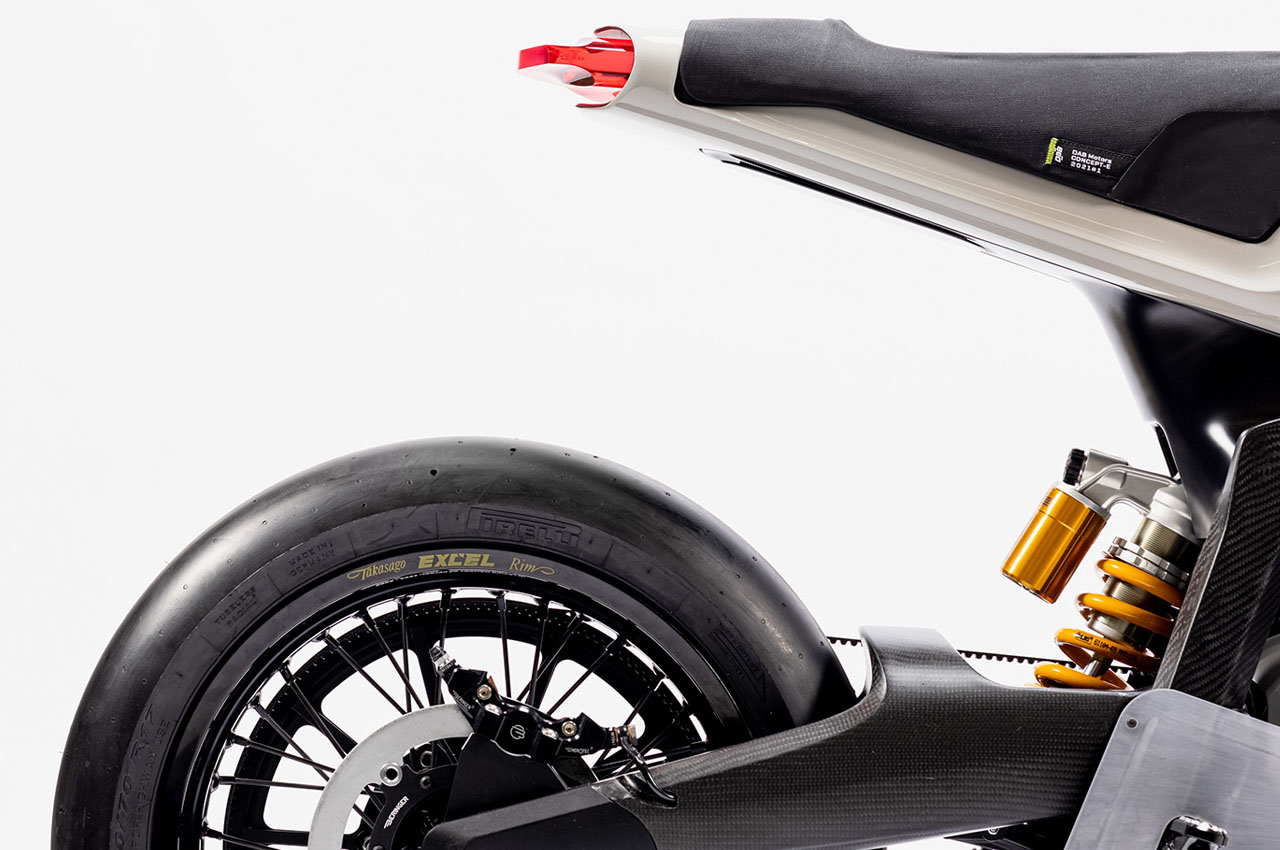 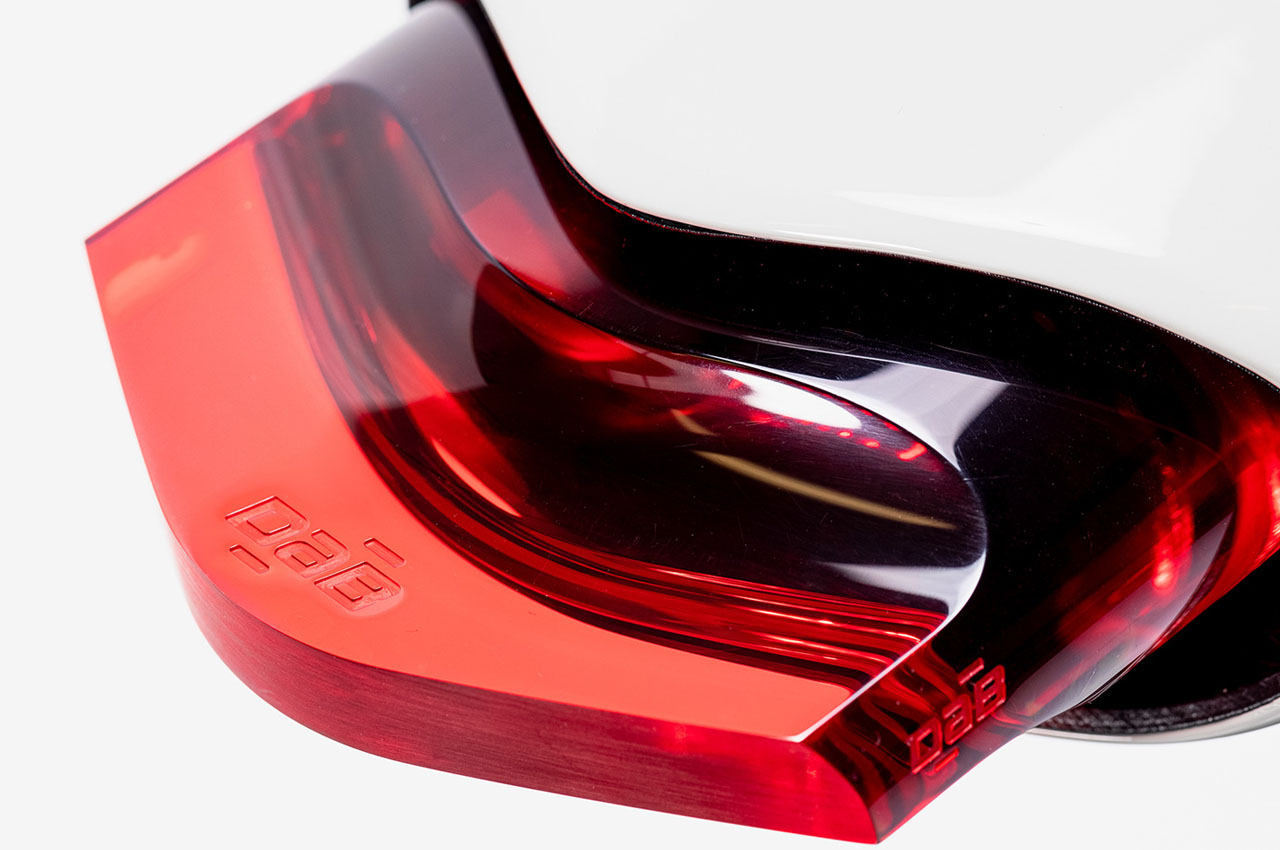 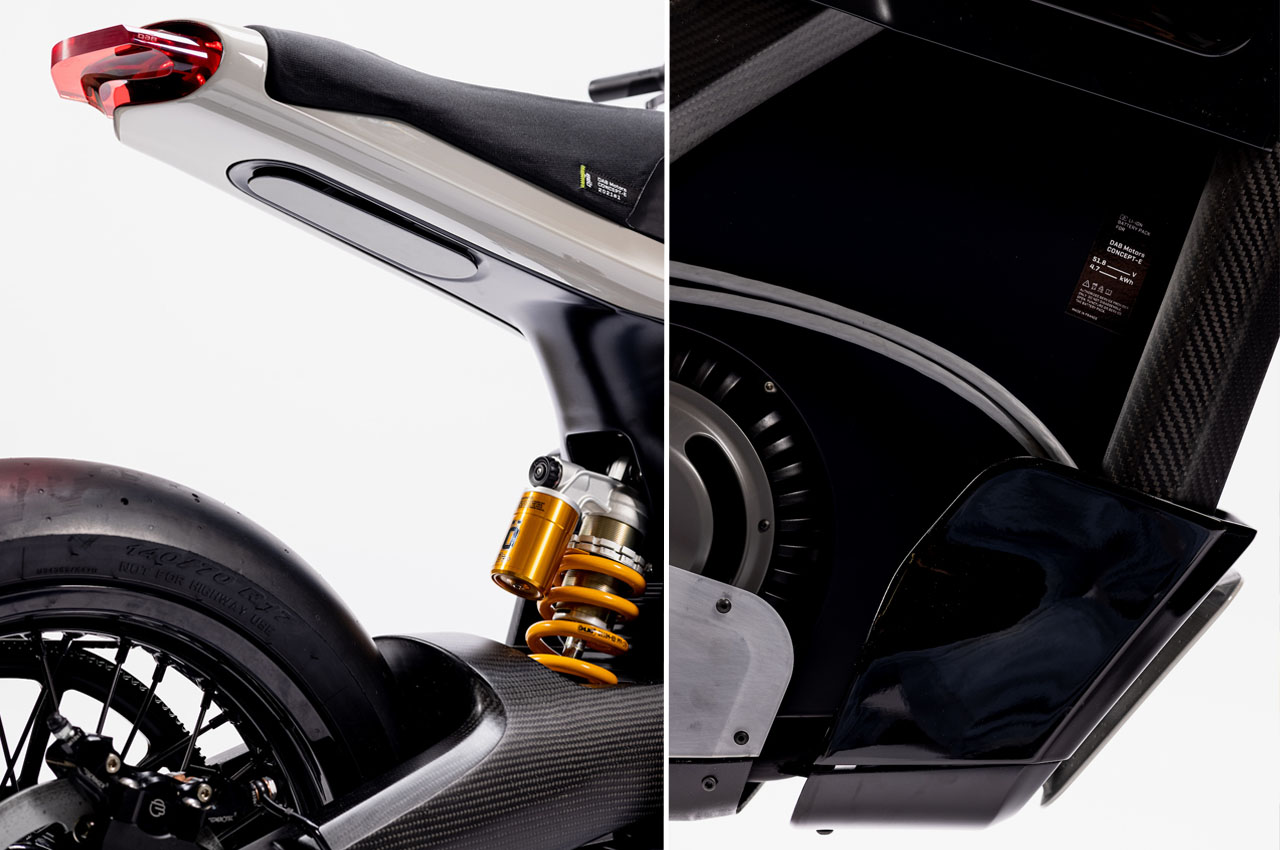 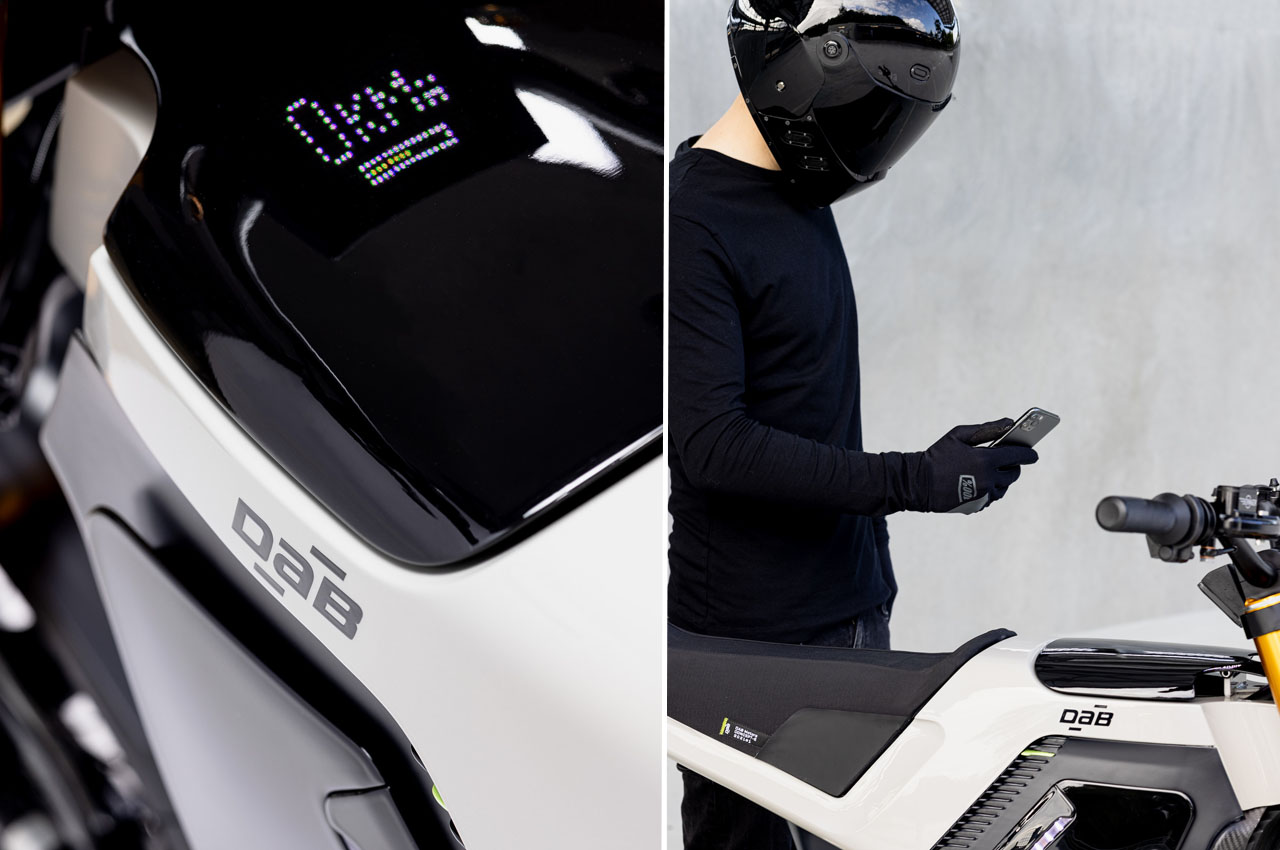 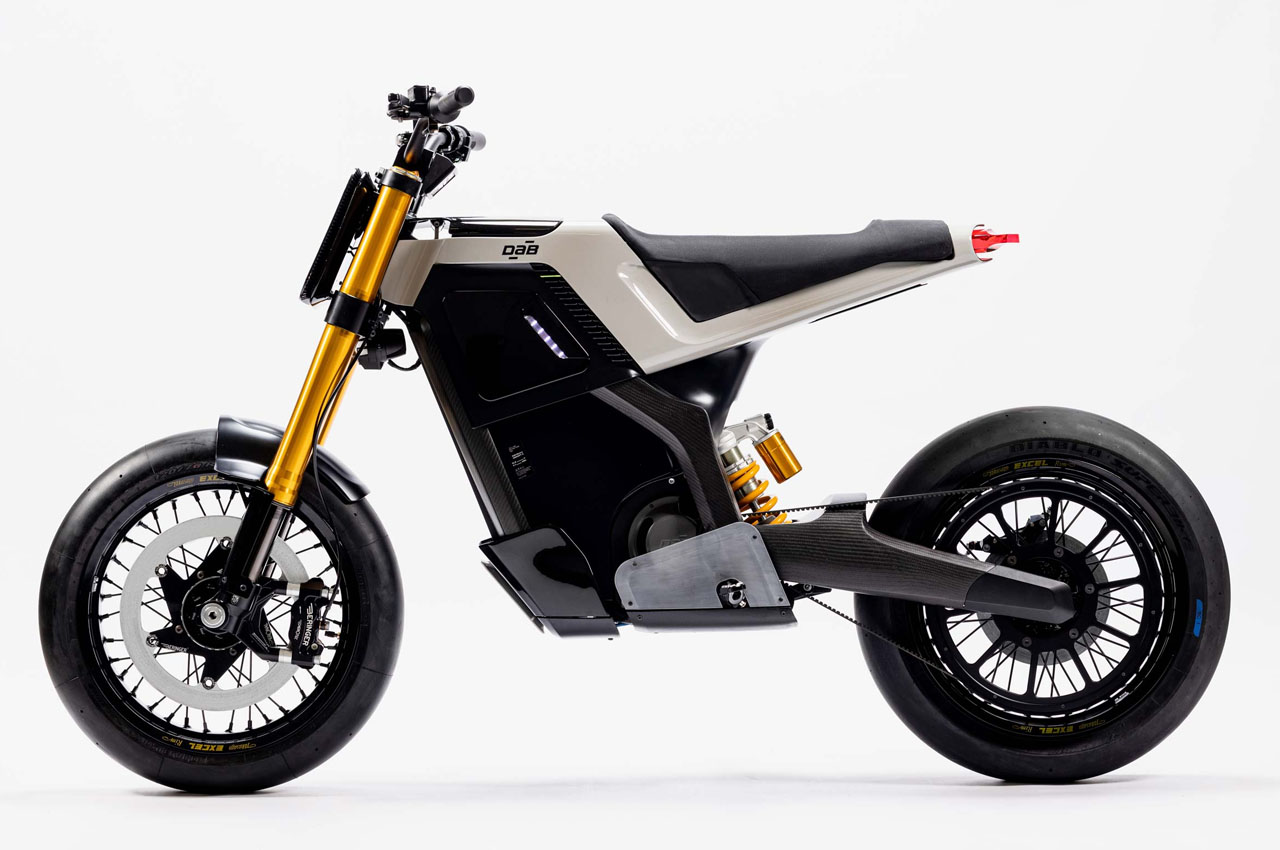 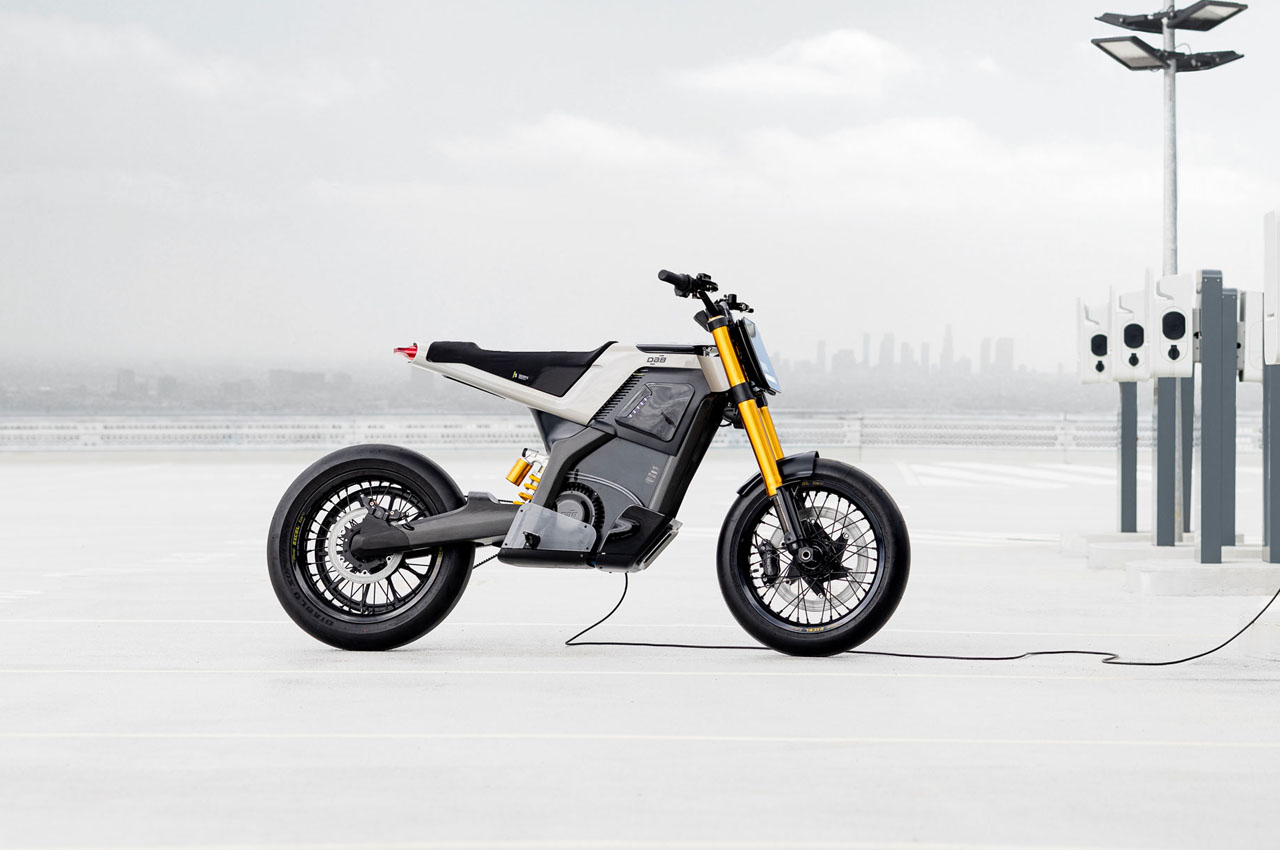 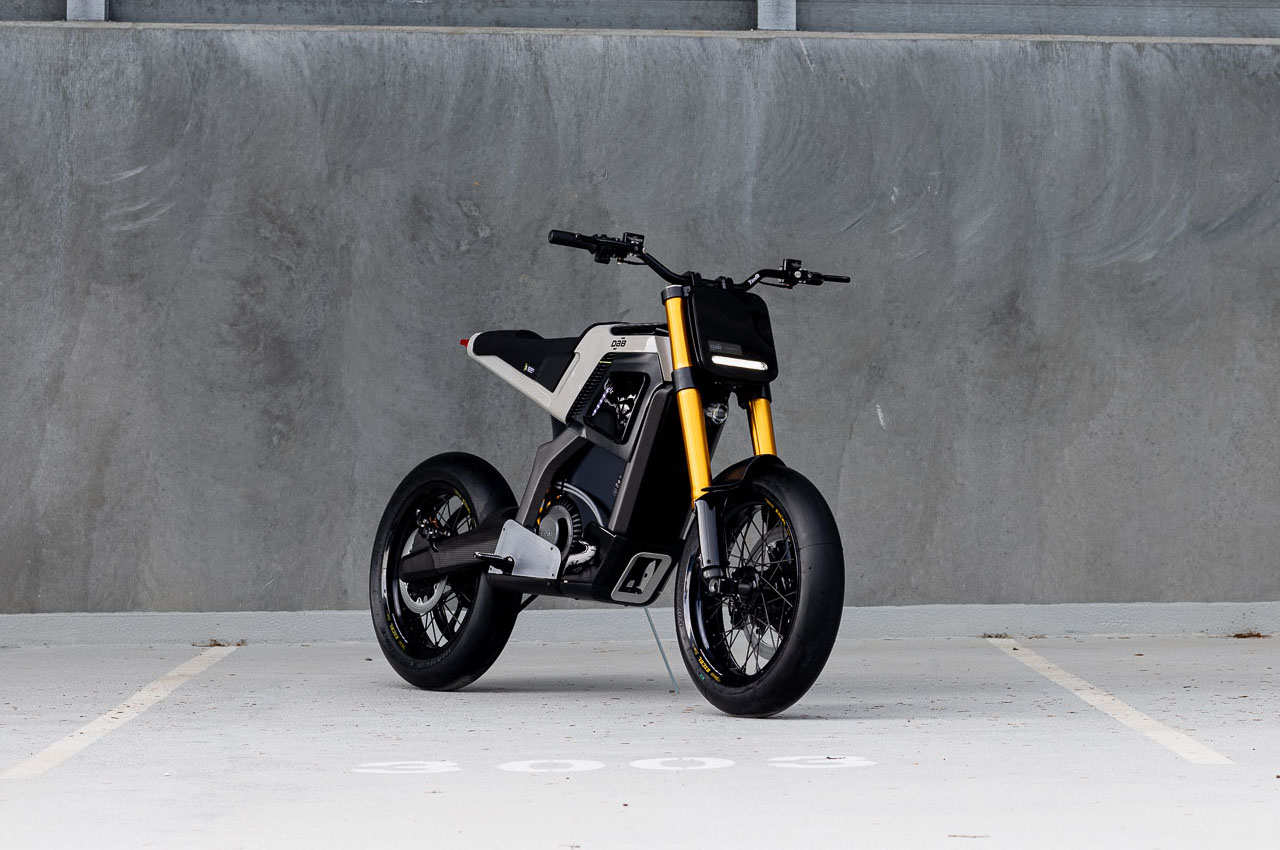 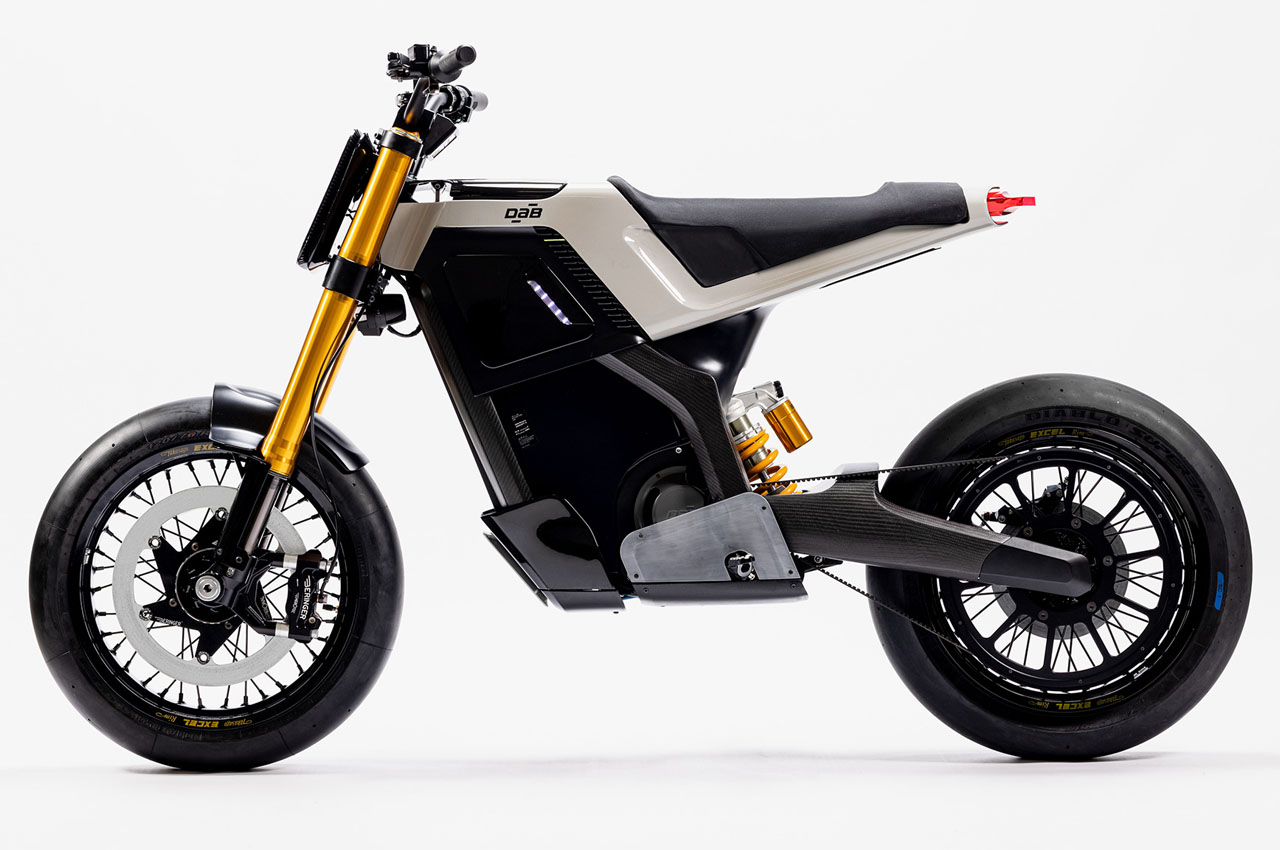 A Bike for Fun in the Sun!

Designed with coastal cities in mind, the Solectrike is an innovative vehicle sharing system and future mobility concept. It’s specially adapted for the characteristics of…

I have often felt that most of the present day motorcycles are over designed. The designers’ attempts at aggressive form language usually results in the…

I want my tricycle! When I was a kid, I had a big wheels trike made of thick hard plastic. I took that thing everywhere,…

When in 1977, Ferdinand A. Porsche was commissioned by Rossi Moda to design his first shoe, his basic idea was to create a professional aodriver’s…