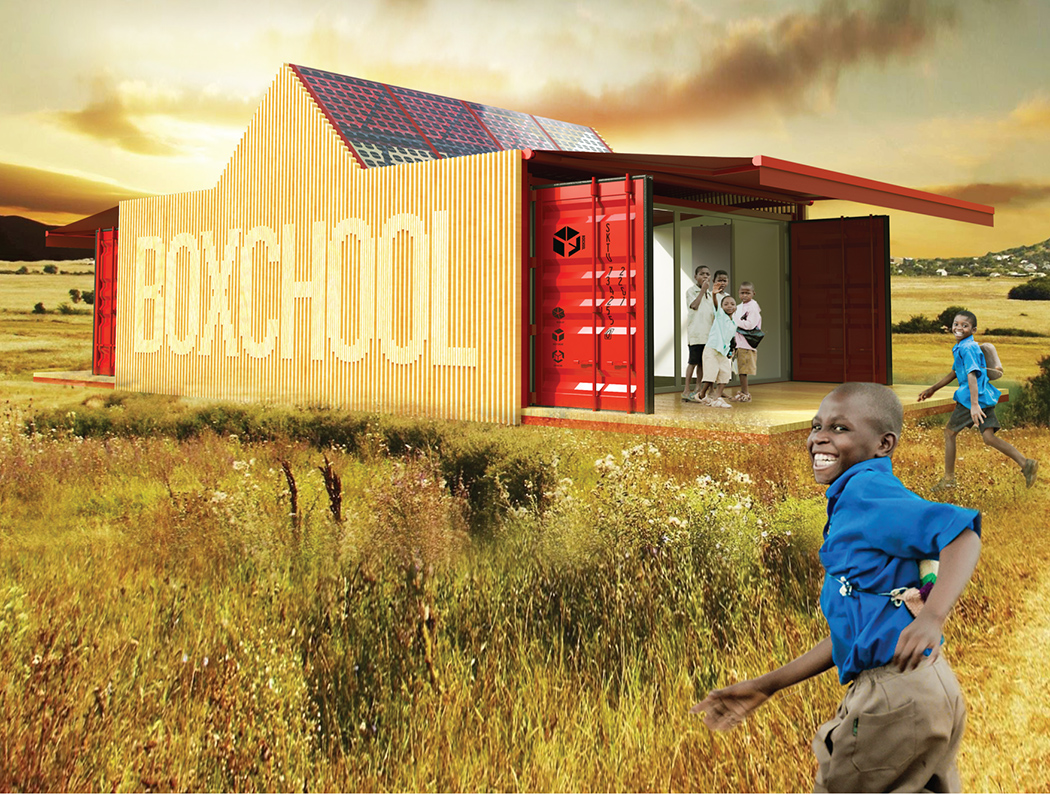 Designed with children in developing areas in mind, Boxchool is a modular schoolhouse designed for rural areas with little access to educational resources. Architecturally, shipping containers aren’t that conducive to hosting a classroom, so Boxchool attempts to create a sustainable container classroom environments by attaching modularised subsidiary materials on the interior and exterior of the containers. One unit of Boxchool is a recycled standard shipping container loaded with all the subsidiary modular parts including outer frame modules, panels, solar panels, gutters, pipes, tanks, windows, and furniture. A twist lock system is used to attach subsidiary modular parts to the corner casting of the container. The outer frames are delivered in separate pieces and then assembled on site. The wall panels are sectioned and attached to the frame. This modular system lowers the production cost and provides the freedom to build various configurations.

In addition to being a cost-effective solution, Boxchool is also efficient as it is operated by an independent energy system which can provide solar energy, clean water and good air circulation to make up a sustainable educational environment anywhere in the world. Fourteen solar panels on the roof can generate enough power to run one laptop, one projector, eight LED lights and ten tablet PCs altogether for 6 hours. Clean water is produced through rainwater collection and subsequent in-pipe filtration and precipitation in the tank.Boxchool’s modular system is flexible and expandable. Depending on how it is assembled, two units of Boxchool containers can be transformed into one spacious and fully equipped classroom for at least 24 children. Three units can make playground for children. Six units can build big library. Boxchool brings a smart and sustainable educational environment to rural areas. 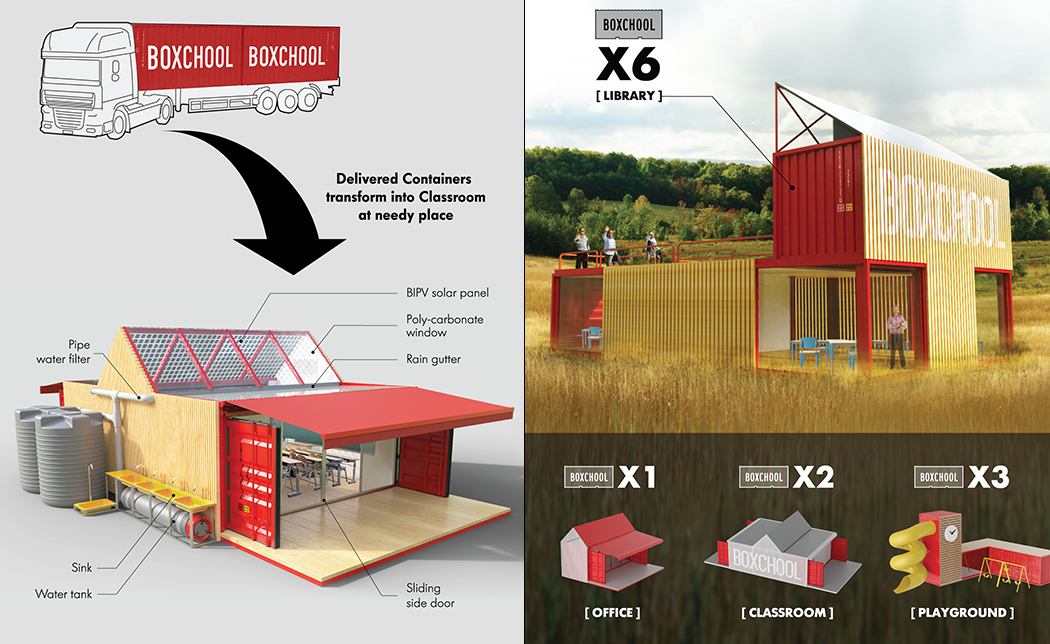 Allow me to get cold hearted with you for a moment. Let me warm your brain up with some lovely Industrial Design of the conceptual sort….

This cleverly compact mobile housing design by Mehdi Hidari Badie has got all the bases covered when it comes to making the most of limited space….

Steel in the Desert

Continuing our meme of unconventional homes, we direct your attention to Blank Studio’s Xeros Residence. Completed in 2005, this house uses its location in Phoenix, Arizona, to…

This rickshaw packs a mobile home with a detachable shop and terrace!

Tiny houses are all the rage right now with the skyrocketing real estate prices – and honestly, I am all for it! Solo 01 is a…