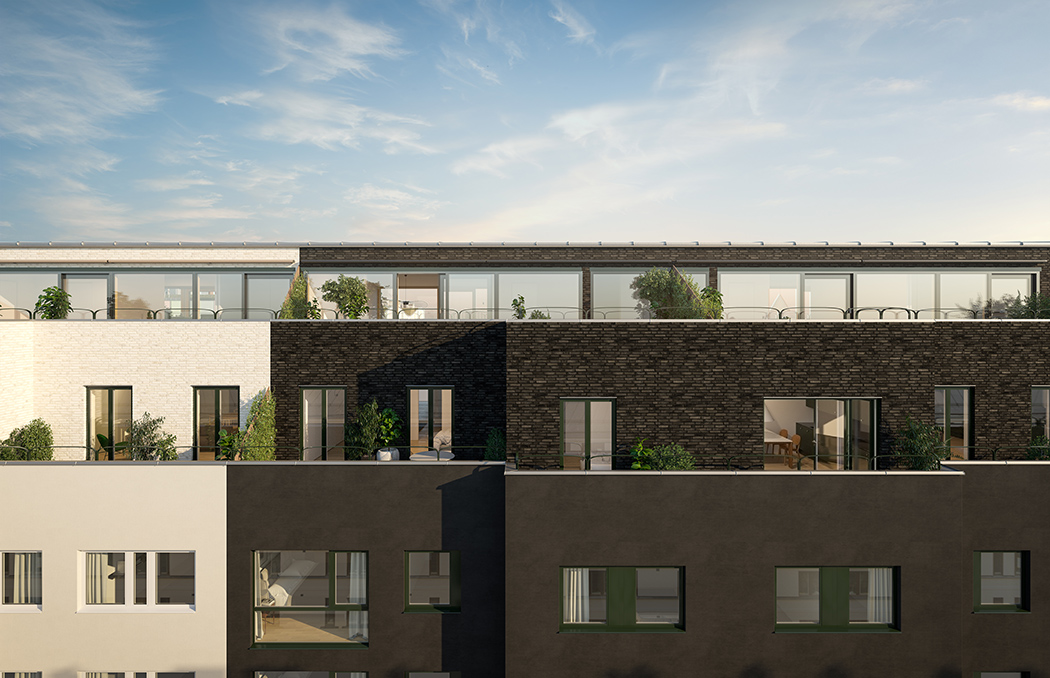 In a beautiful blend of old and new, Obelisken 29, located on Södermalm in Stockholm, consists of 20 brand new penthouse apartments, some with terraces and balconies, added on top of the old roof of an existing 1960’s building. The existing structure also received a revamped façade. The design features 4 key components:

The reverse plan:
When two storey penthouses are built the bedrooms are often upstairs and kitchen and living room areas are downstairs, a remnant of housing at ground level where it feels safer to sleep upstairs. For Obelisken 29, this has been reversed. The lower ”box” is more closed than the upper, which is filled with light that enters through the large glass partitions. “You arrive at the upper floor, via lift, and enter a generous space,” explains co-founder, architect and designer Ola Rune. “That’s where you want to be. When you become tired you just go downstairs to bed.”

The details:
Claesson Koivisto Rune has left their mark in the interiors in every detail. The penthouses boast, among other things, specially-designed door handles, railings, parapets, kitchen doorknobs, wallpapers, windowsills and sliding glass doors. “We have designed as much as possible of the fixed interior details,” according to Ola Rune. “It was commonplace in the 1930’s for architects to be given the opportunity to custom design the interiors of their buildings, but today this requires an unusually sensitive developer. It gives absolutely unique attributes and makes this building and its apartments a Gesamtkunstwerk.”

The division of the façade:
The 1960’s building, on which the penthouse apartments are built, was built as a long monochrome block. Claesson Koivisto Rune have transformed the monotonous building complex by dividing its length into four, where each part is given its own colour: three shades of grey and a terracotta. “This way the building fits in better with the other buildings along the street, gaining a the smaller scale appearance, which is typical for Stockholm,” explains Ola Rune. “The colour scheme was selected from the fantastic bricks that we are using. They are also colours typical for Stockholm. The division of the building makes the street more intimate and enjoyable I think.”

The bricks:
Danish Petersen Tegl has knowledge of making high quality bricks stretching back eight generations. Today, they are considered the world’s most exclusive. “They manufacture by hand and it really shows that every brick is a craft,” says Ola Rune. “The brick exudes solidity, quality, a material full of expression that only gets more beautiful with time. We are using it at street level, along the full length of the 1960’s building, as well as all of the penthouse. In this way we tie together the whole building – the brick becomes a bit of its hallmark. 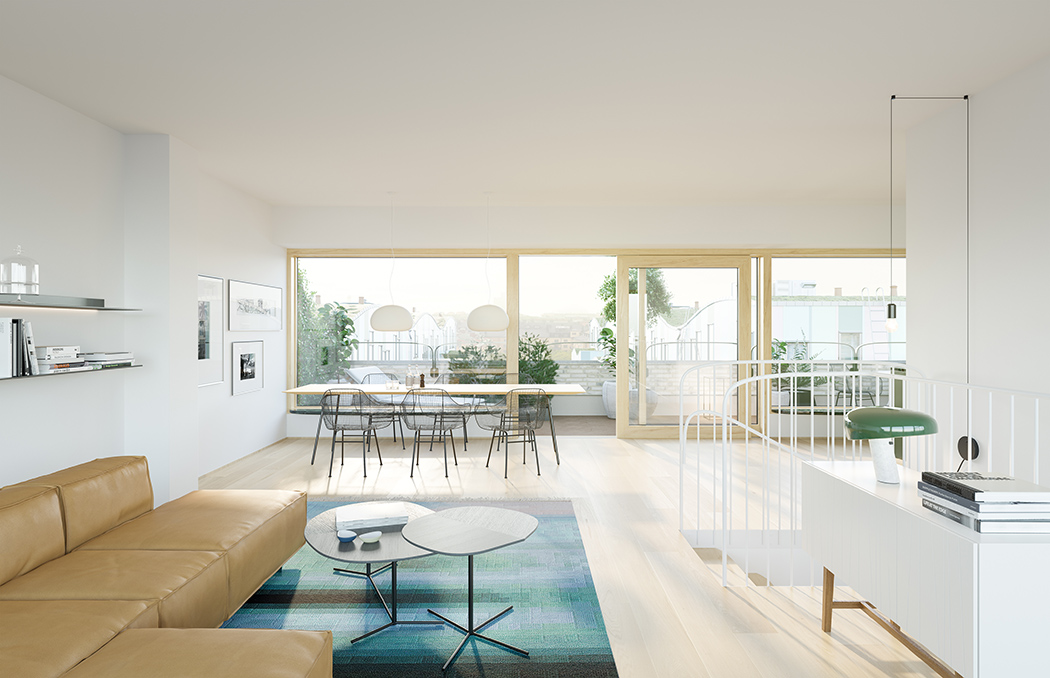 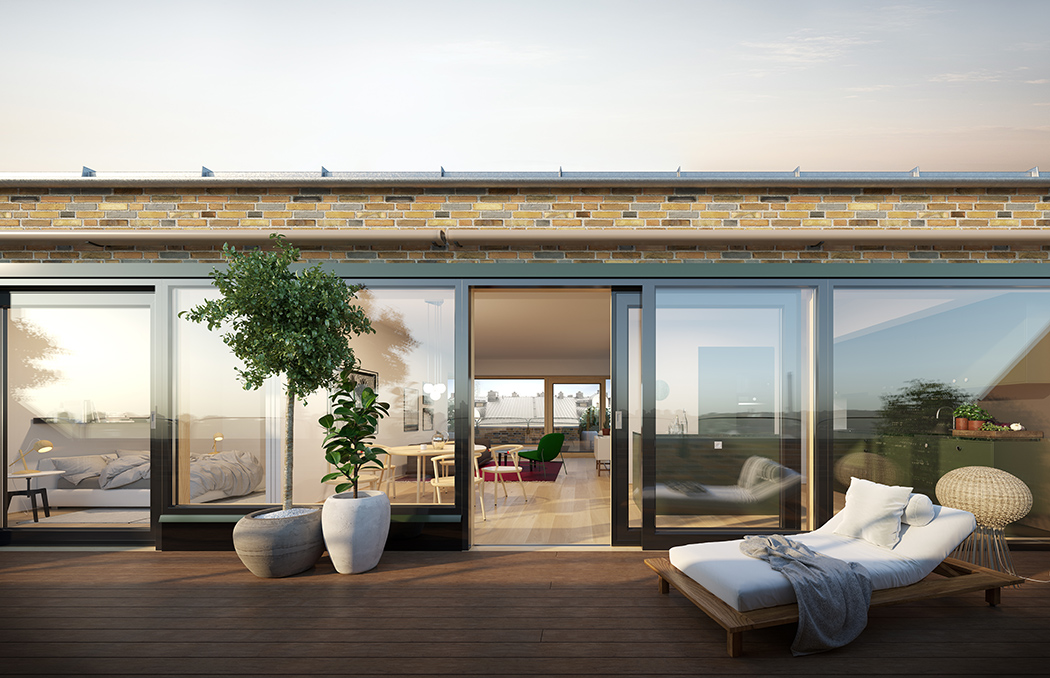 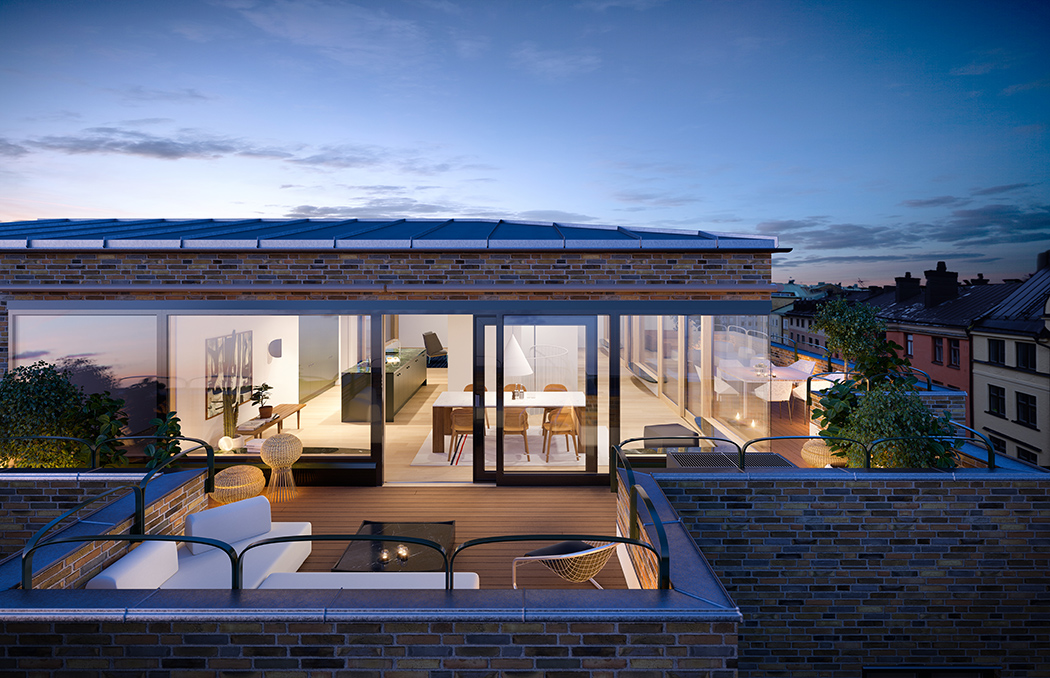 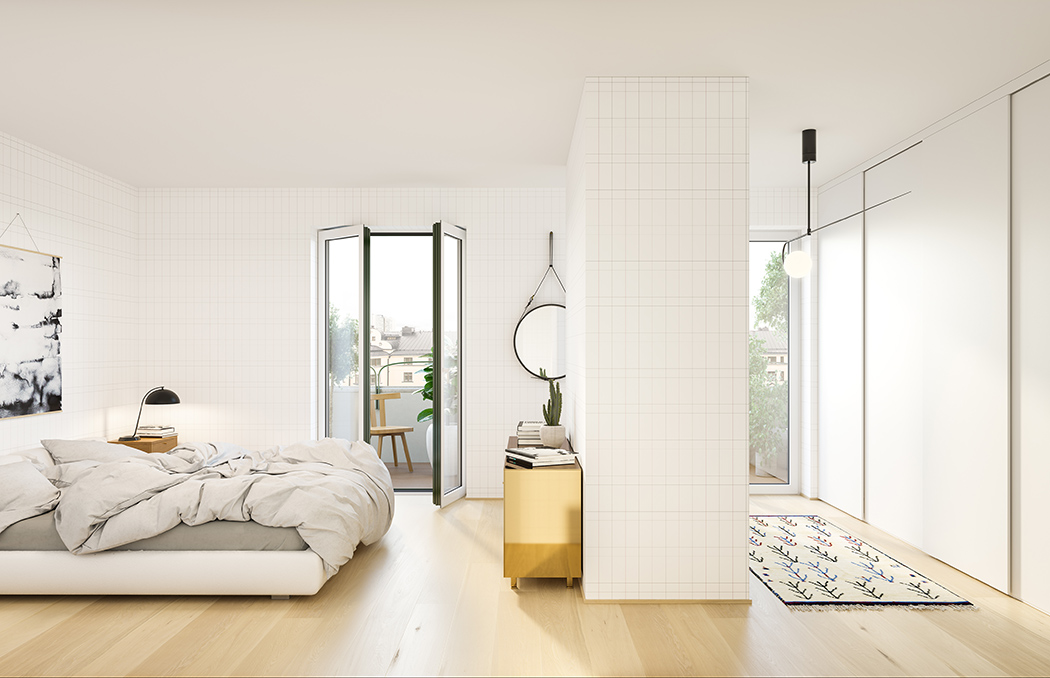 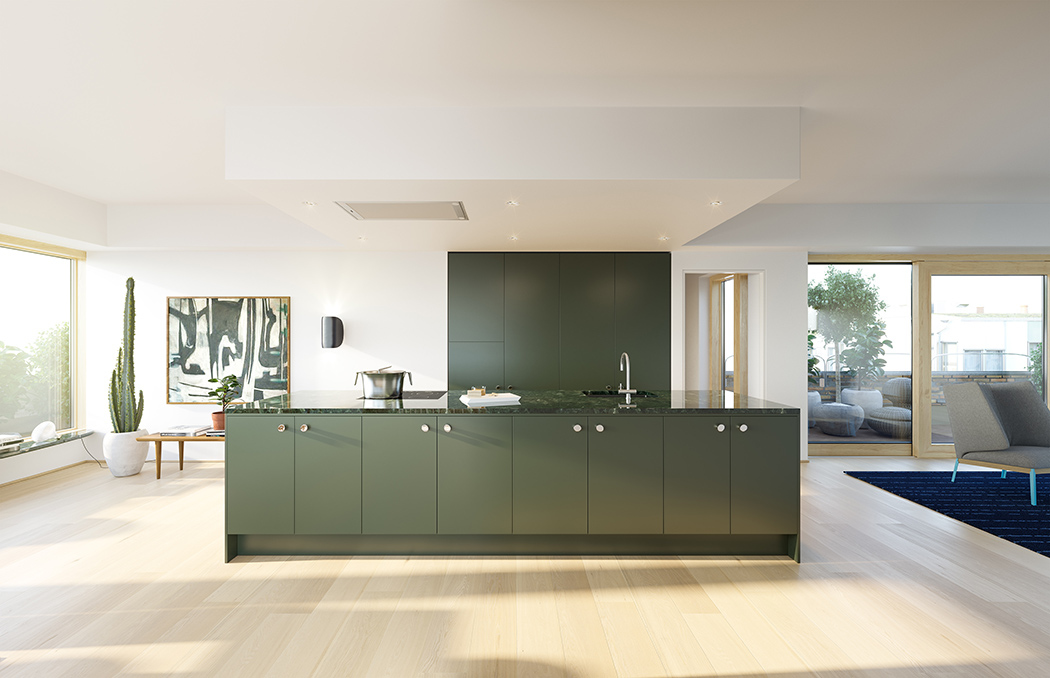 Take Whats There and Make Energy

One of the greatest things you can do as an industrial designer with earth-saving aspirations is to find a source of free or nearly-free energy….

Some people are already fantasizing about setting up colonies on the Moon and Mars, but we have barely begun to understand and conquer our own…