Remember way back when, I wrote about these minimalistic iPhone stands with space age “gecko feet” instead of using traditional adhesives or magnets? Well the genius behind the SETA Smartphone Stand is back at it again with the SETA Tablet stand. Same idea, similar design, and of course – awesome “gecko feet” which is technically called NanoSuction. Those that already have the smartphone stand can get a matching tablet stand because your mother told you to always coordinate.

There’s just one day left in this Kickstarter project but they’ve already surpassed their funding goal. This is your chance to lock in the special pricing of $49. I got my hands on an early model and it works just as beautifully as the smartphone stand despite the iPad and iPad mini being heavier. Not an Apple fanboi? No worries because it works with any tablet. I’m looking at you Galaxy and Nexus owners. 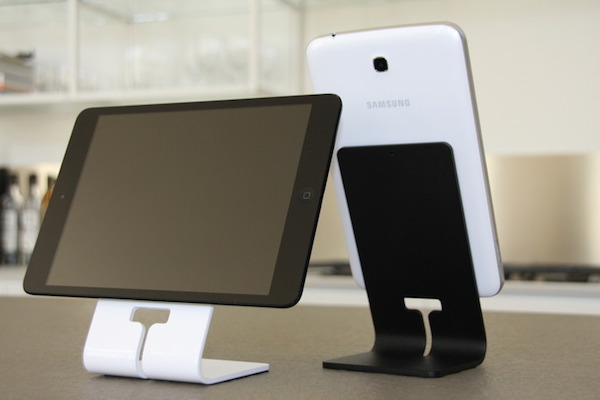 1ℓimit faucet looks more like an elegant test tube inverted on top of a tap. The glass tube holds exactly one liter of water, sufficient…

When Motorola was acquired by Google, their first launch was the Moto X that boasted of a wooden back panel. This meant each back panel…