Featured on Yanko earlier this year, we’re excited to announce that the revolutionary nCycle has move to a prototype phase… which means one step closer to you! Conceived as the ultimate expression of automotive beauty for e-bikes, the nCycle incorporates only the very essence of the vehicle itself and discards all the superfluous elements. The result of this approach is a single, continuously flowing frame which simultaneously outlines and defines the e-bike as a viable next generation vehicle.

nPower:
An optional electric drive version is available where the vehicle is partly aided by a rear hub-mounted electric motor. The drive power battery is located inside the body, starting from the seat and up to the pedals hub. The structure not only offers natural shell protection to the battery, but being metallic, it also provides substantia cooling, increasing performance and battery life.

nFold:
Usually, folding bikes are clumsy, and somehow look odd and chunky, especially at the hinge. Cool, sporty, foldables hardly make it into production. Thanks to its special “sandwich” structure, the nCycle can be folded in two seconds and stay sturdy without showing any aesthetic or aerodynamic handicaps with operated. The body is split in half at the location between the seat and pocket. A pair of rails is attached on both structure parts and the hinge is made to slide along those rails. Folding the bicycle involves just three steps: unlocking the rail, sliding both ends to uncover the hinge, and folding.

nLock:
An integrated locking system represents the best blend of safety, portability, lightness and ease of use. Doing away with cables, most of the system consists of the handle bar itself. With dual handles for multiple riding positions and comfort, the handle bar is appropriately loop-shaped to fit most poles and steel bars available in the city. When closed, the hardened steel loop is virtually impossible to break or cut with any kind of manual tools. The process of locking and unlocking is also much quicker and simpler- simply embrace the pole with the handle, pull the tube from one handle and click it inside the other.

nPocket:
Most bike baskets are bulky and ugly, but the nCycle’s retractable pocket between its two metal plates allows it to disappear completely when not in use. When in use, it is just slightly visible under the belly of the shell. Tied to two rigid folding arms, the support of the pocket makes it foldable, flexible, but also unbendable while turning and tilting the bike.

Headlights & Speakers:
Manually-controlled headlights and Bluetooth speakers are powered by the main battery. Built in to the handlebar structure, they are also theft proof.

Electronic System:
An optional app-operated holographic display replaces a bracket for a smartphone, providing a display directly on the handle bar to give the rider improved and safer visibility. The various functions of the app can be accessed by sliding the thumbs back and forth on touch sensitive zones near the handles without removing the hands completely. 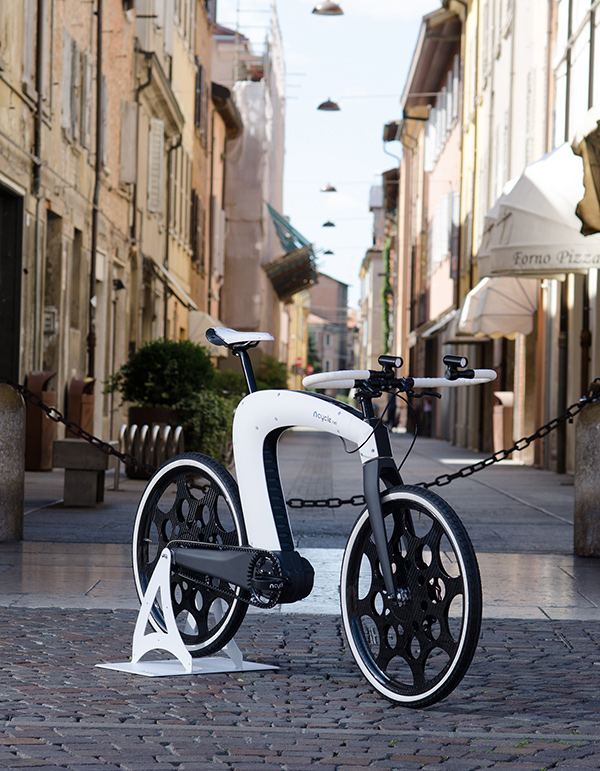 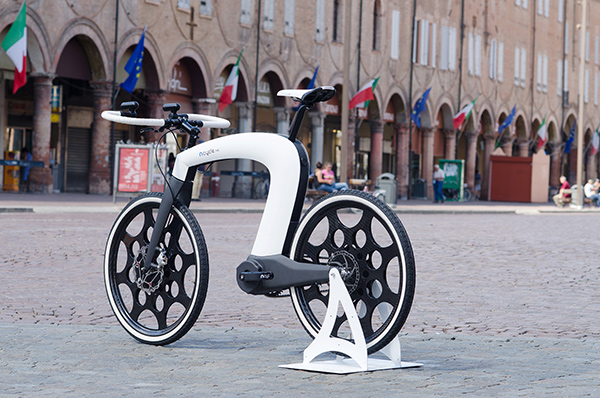 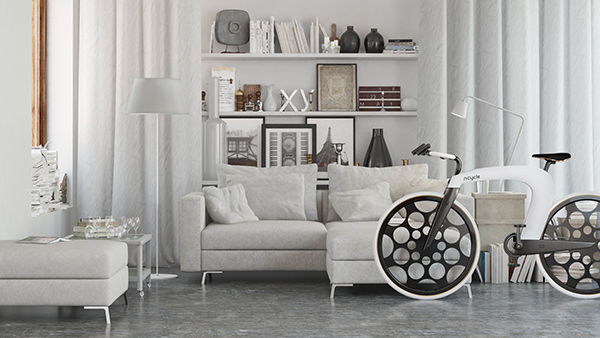 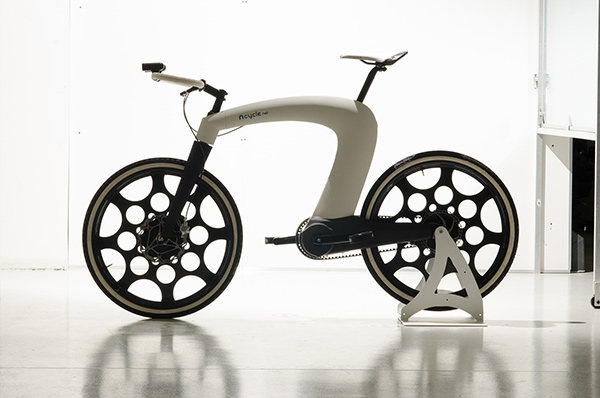 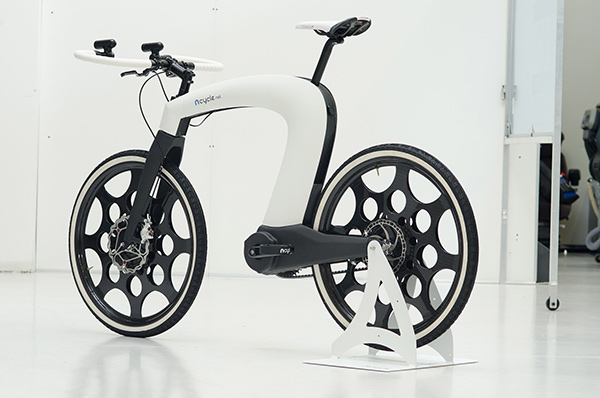 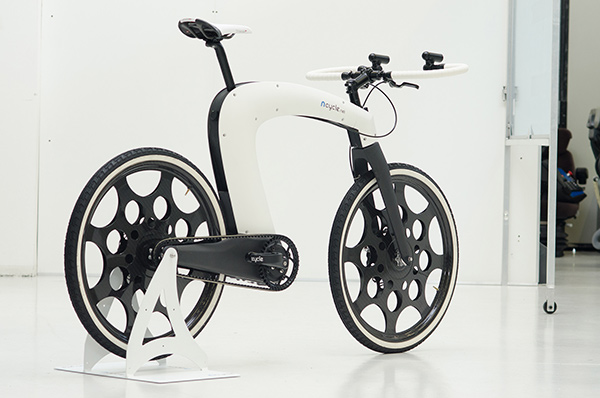 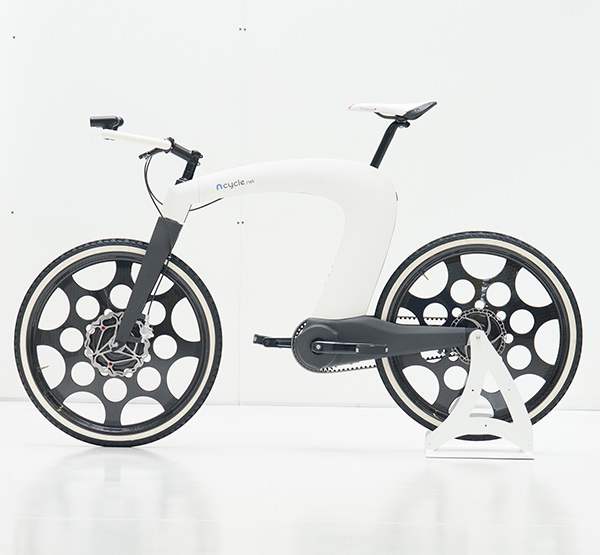 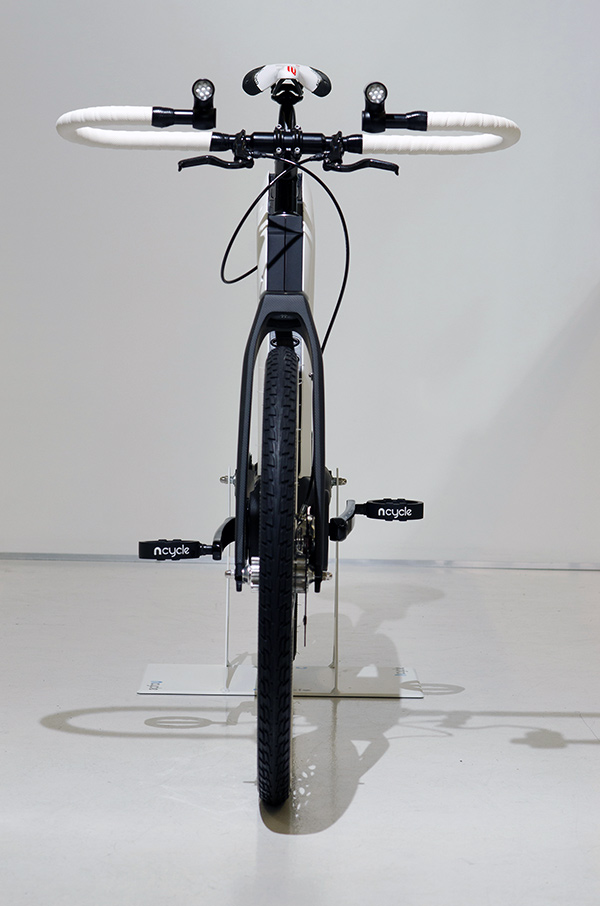 Never knew a Traffic Cone to be so Dynamic

During the day, it’s quite easy to see the brightly colored orange traffic cones lining the street around constructions zones or other driving hazards, but…

Apple made the AirPods, Pitaka made them better!

Have you ever arrived somewhere with a friend but there’s only one chair? What about a waiting room with more strangers than seating? Instead of…