As a cutting-edge innovator you are breaking the rules almost every single day! Take the recent iOS7 interface for example, Jony Ive has re-written the rules about the role of a product or industrial designer. So get ready to Throw the Rule Book Out the Window, Blaze a New Path and Kick Your Career up a Notch in the Process! Yanko Design will be there at IDSA’s 2013 International Conference, Breaking the Rules! Question is, Will You?

When we create revolutionary ideas and game-changing innovations, we tear down predefined assumptions. But how can you know which rules to break and which to keep? Find out at IDSA’s 2013 International Conference, Breaking the Rules, Aug. 21-24 in Chicago! 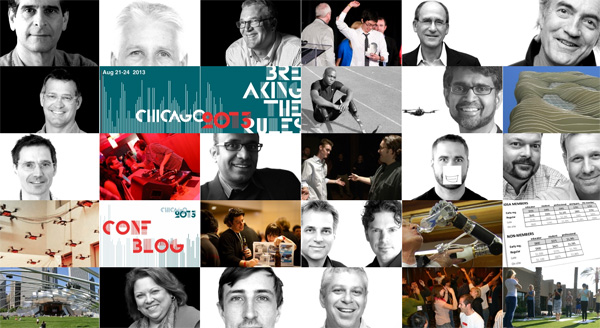 Here are three reasons why you should be a part of this path-breaking conference:

Some of the Speakers for the 20-minute TED-esque session.

Essentially just ‘Break all the rules’ with the first-ever IDSA Unconference!

Unlike the traditional conference where on-stage speakers present to a large audience, everything about the Unconference is completely participant driven! This session will be held only on Thursday, 22nd August.

Multiple sessions run in parallel, each addressing an entirely different subject matter. It’s an excellent contrast to the rest of the conference allowing for more in-depth and personal discussions to take place on an even wider spectrum of subjects.
It is also a perfect fit for the Breaking The Rules theme.

Life doesn’t need to be complicated with eccentric gadgets, sometimes a simple Kiss will do! Sweet Kisses for your CD in a special hamper of…

The flash sale site TouchOfModern is back again this year to make shopping for gorgeous design and gadgets a whole lot more fun. In this…

Twenty-seven Captivating Skyscrapers From The Future

Its way past midnight as I file this report, I have just got back from a spectacular evening spent at the BMW Welt, Munich. BMW…