With the digital age in full swing, we no longer have to leave our homes to find new experiences. As powerful as alternative reality may be, by 2030 designer Marco Sweston expects to see a major shift in people’s attitudes, & imagines that many will not only abandon their controllers, but will seek even more extreme thrills than before the digital revolution. The Touch Effect racing event and vehicle is a result of this concept that puts the digitally stimulated user back in the driver’s seat.

The design was inspired by the Mercedes-Benz W25 from 1933. The heritage becomes apparent though the character lines have changed, yet the power and recognition of the original are retained.

The configuration of the vehicle consists of several independent elements and is inspired by the human body. The main body is a very lightweight and stiff carbon frame which represents the bone. It is responsible for the overall stability of the vehicle and is surrounded by the second element- the muscles.

They are made of a flexible synthetic which is deformable by applying a voltage. They control the entire movement of the vehicle including suspension, steering and insulation. The ground clearance can be adjusted automatically and the vehicle is equipped with four-wheel steering.

The exterior acrylic glass surfaces partially surround the “muscles”. They represent the skin of the concept which merges all parts into one volume and make them visible underneath, showing off their function. All elements combined allow a directed and controlled motion.

The two skin surfaces surround the driver like a brace to emphasize the seating position. The transparent hull is unveiled at areas which do not necessarily need a covering. This reduction and the see-through appearance reflect the idea of lightweight car construction.

Eventually, the muscles flow into the interior and form a part of the steering. The vehicle is controlled by pulling the muscles – similar to the reins on a horse. The muscles accentuate the shape of the frame and run into the wheels to accentuate their function.

The car can be rented via an online service. After the ordering process you log yourself on to the track, get your personal ID and receive your car in the car terminal. Guided training will give instructions for driving the car before the start of the race. Several safety guards on the car will make it impossible to touch another car or break through the boundary of the course.

The race itself starts with a qualifying where drivers get to know the race track and set up starting positions for the challenge. Racers can compete against the individual participants or compete in teams against each other – so the overall result of the whole team will lead to success.

The shown race course is called the hydro-X with an overall length of 3.3 miles. It consists of several challenging terrains, including high-speed and off-road areas. The driver can adapt the car to the varying ground conditions.

The communication assistant which is integrated in every helmet let the drivers interact during the race and a small camera records everything for review of the whole event afterwards with an overlayed racing line and breakdown of driving mistakes. 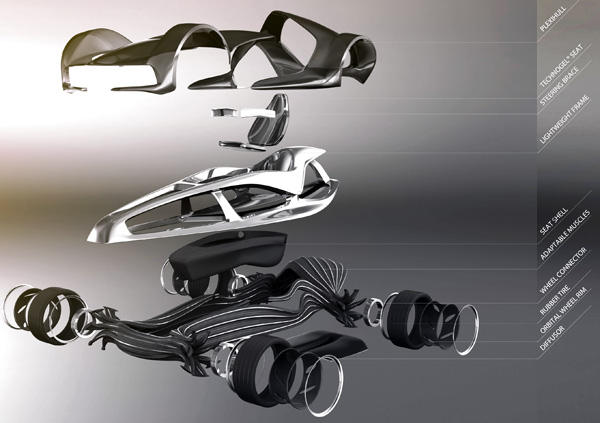 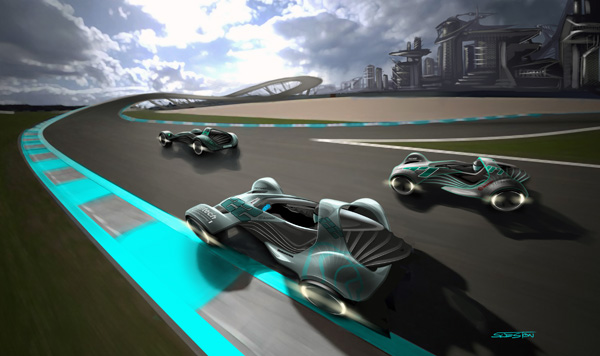 The Woolnut sleeve for the MacBook is premium on the outside, protective on the inside

Nothing is more gut-wrenching than to see a scratch or crack running across the front of your phone after it falls from your hand. Rasmus…

Coming from India, I’m pretty much used to the level of air pollution there is here. I’ve however seen people struggle with breathing problems, given…

For the Archaeologist Within

Bones is a one-of-a-kind timepiece that was inspired by the strength and stability of the skeletal structure, and much in the same way our bones…