Silicia sand, when heated to melting point and allowed to cool, solidifies as glass. This process of converting a powdery substance via a heating process into a solid form is known as sintering and has in recent years become a central process in design prototyping known as 3D printing or SLS (selective laser sintering). These 3D printers use laser technology to create very precise 3D objects from a variety of powdered plastics, resins and metals –  the objects being the exact physical counterparts of the computer-drawn 3D designs inputted by the designer. By using the sun’s rays instead of a laser and sand instead of resins, the basis was discovered for a new solar-powered machine and production process for making glass objects that taps into the abundant supplies of sun and sand to be found in the deserts of the world.

The Solar-Sinter machine is based on the mechanical principles of a 3D printer. A large Fresnel lens (1.4 x 1.0 metre) is positioned so that it faces the sun at all times via an electronic sun-tracking device, which moves the lens in vertical and horizontal direction and rotates the entire machine about its base throughout the day. The lens is positioned with its focal point directed at the center of the machine and at the height of the top of the sand box where the objects will be built up layer by layer. Stepper motors drive two aluminium frames that move the sand box in the X and Y axes. Within the box is a platform that can move the vat of sand along the vertical Z axis, lowering the box a set amount at the end of each layer cycle to allow fresh sand to be loaded and levelled at the focal point. Two photovoltaic panels provide electricity to charge a battery, which in turn drives the motors and electronics of the machine. The photovoltaic panels also act as a counterweight for the lens aided by additional weights made from bottles filled with sand.

The machine is run off an electronic board and can be controlled using a keypad and an LCD screen. Computer drawn models of the objects to be produced are inputted into the machine via an SD card. These files carry the code that directs the machine to move the sand box along the X, Y coordinates at a carefully calibrated speed, whilst the lens focuses a beam of light that produces temperatures between 1400°C and 1600°C, more than enough to melt the sand. Over a number of hours, layer by layer, an object is built within the confines of the sand box, only its uppermost layer visible at any one time. When the print is completed the object is allowed to cool before being dug out of the sand box. The objects have rough sandy reverse side whilst the top surface is hard glass. The exact colour of the resulting glass will depend on the composition of the sand, different deserts producing different results. By mixing sands, combinatory colours and material qualities may be achieved. 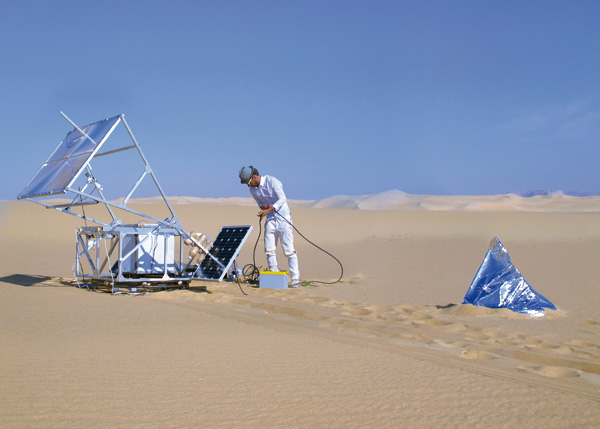 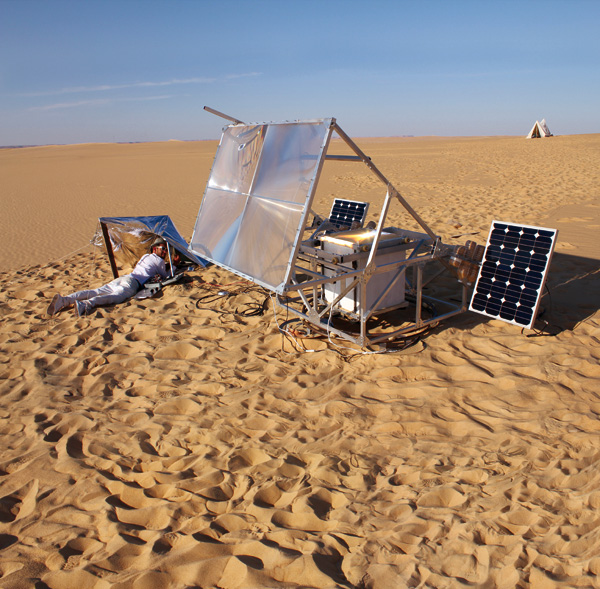 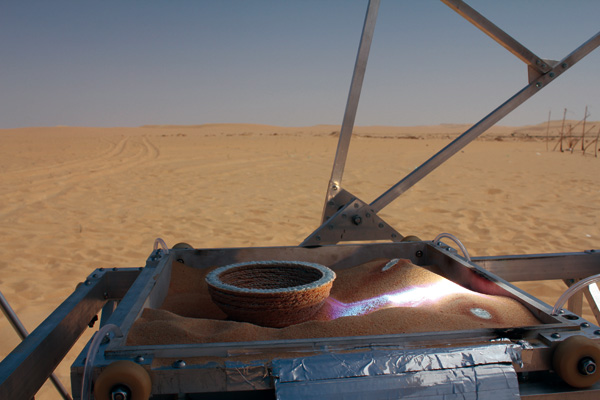 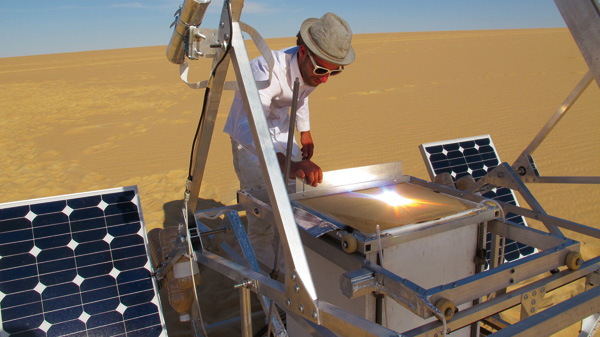 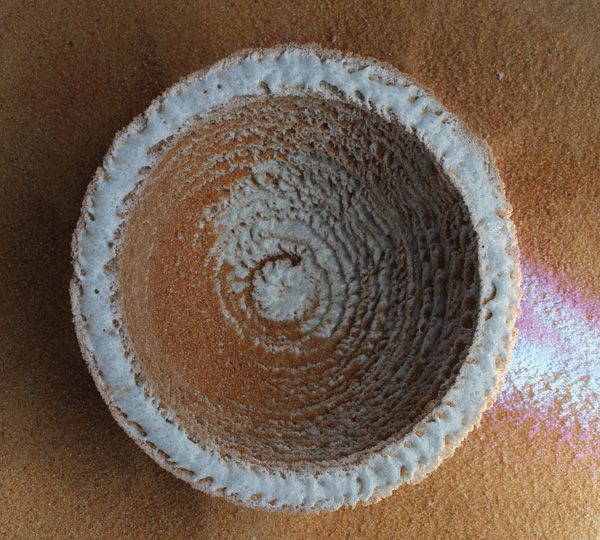 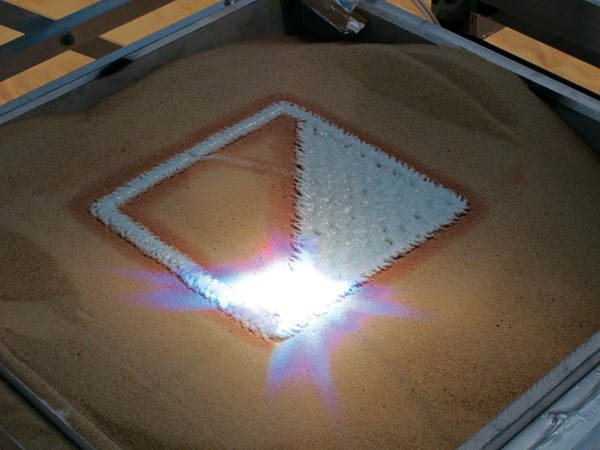 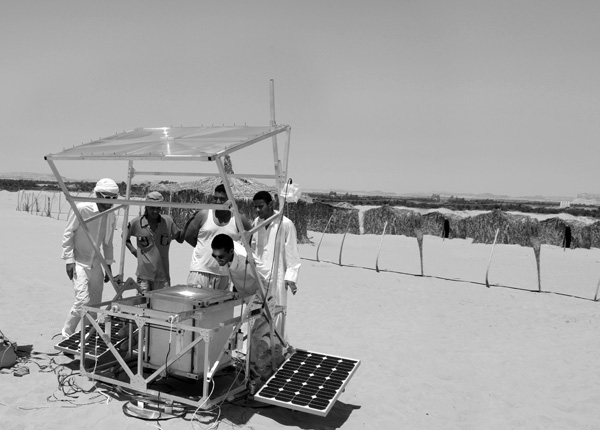 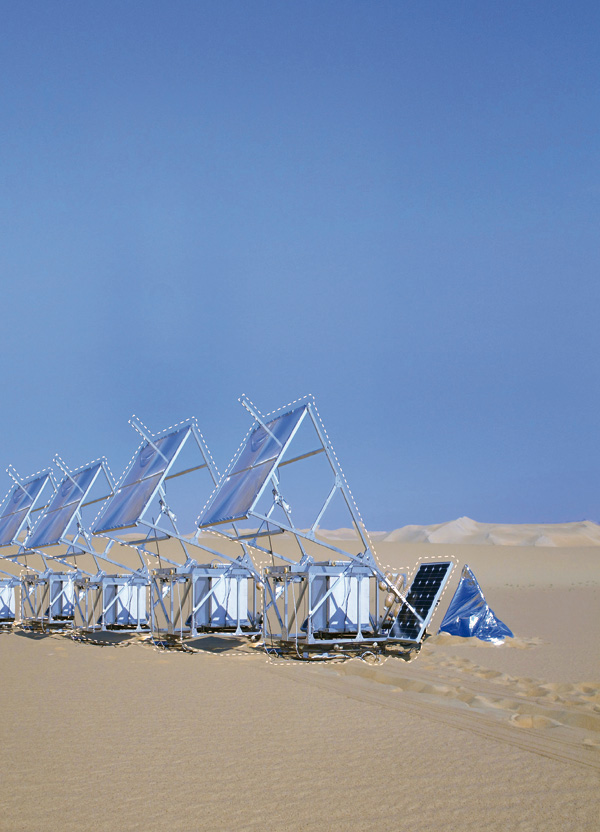 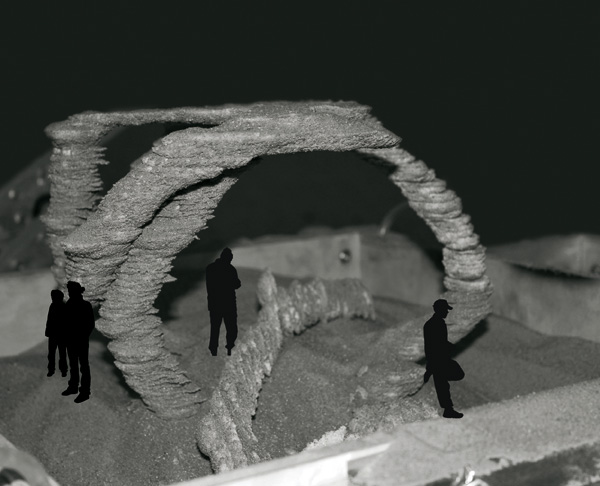 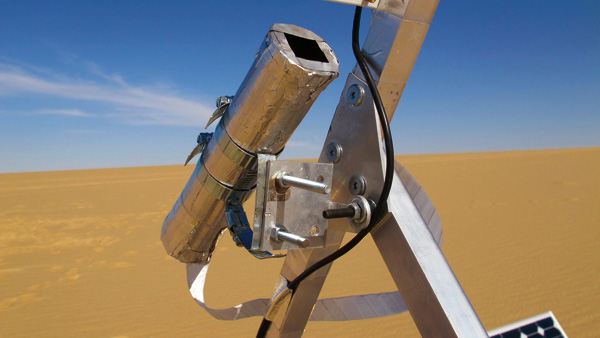 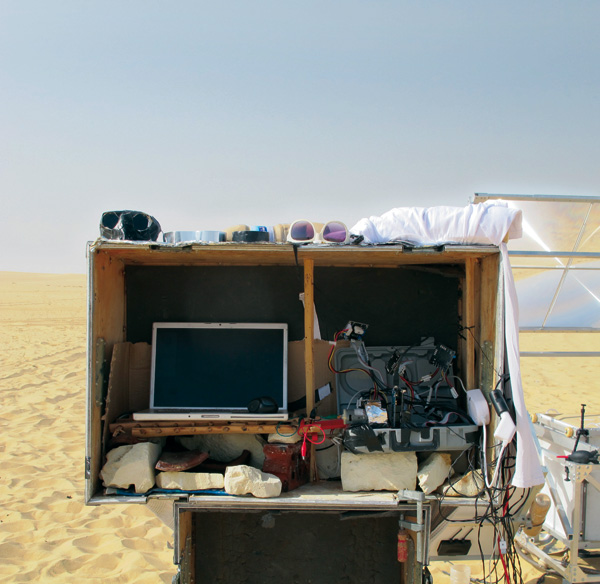 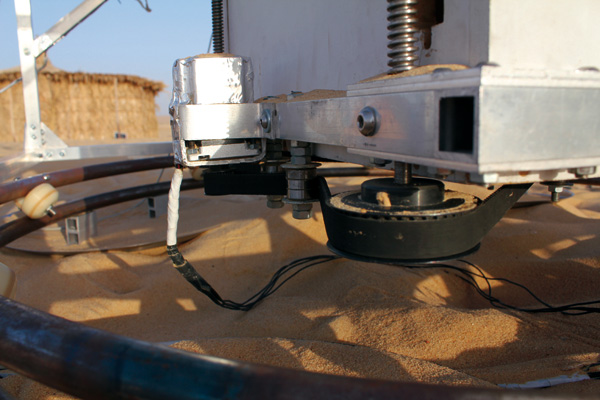 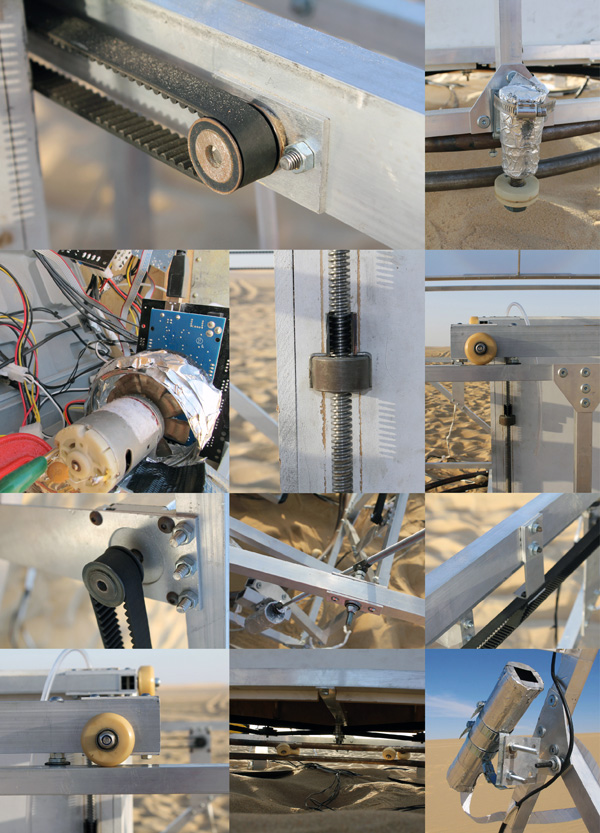 If you are a collector from the school of thought that believes classical dimensions and vivid dials make for a grail watch; the Bell &…

One of the biggest assets that The Mono Sink has is its minimal approach towards lines and bevels. The other highlight is that on the…

Bike Safety in the Blink of an Eye

One of the first implementations of Apple’s iBeacon technology, Zuli smartplugs connect/alert each other when the user is nearby, turning on or off depending on…