By now, since I and we have mentioned it so often due to its massive spread of influence over the world of industrial design, we must assume you’ve seen the movie Minority Report. This film is a futuristic vision of the world in which one of the greatest innovations is the integrated highway system, one where no longer are there roads on which you can crash your car, but essentially rails on which you plug your destination in and you’re carried along your way. What the designers in this project have done is to make that auto system a reality – sort of.

The “OU” project, this set of cars and the highways they drive on, is a manifestation of ou, aka “or” in Portuguese. This project comes from the designer’s desire to deal with a common Brazilian desire to be flexible and get to and from locations at the times they wish rather than riding on public transport and fitting themselves to that timeline and set of guidelines. This project wants to provide that individual transport, the kind that allows for movement at any time for any person, to also work on conserving space, energy consumption, and to reduce pollution (compared to a gas guzzling car for each person.) This track and car system is a design inspired by the movement of shoal-fish. Colorful, unified, and wonderful. 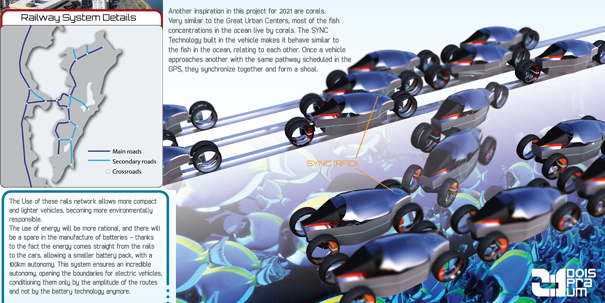 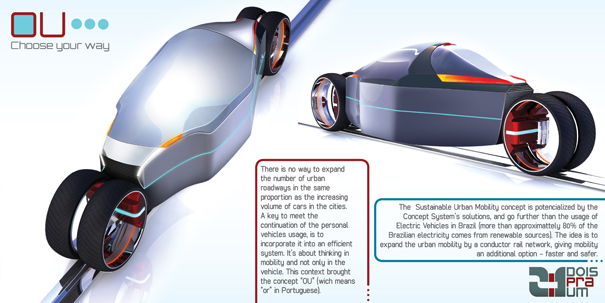 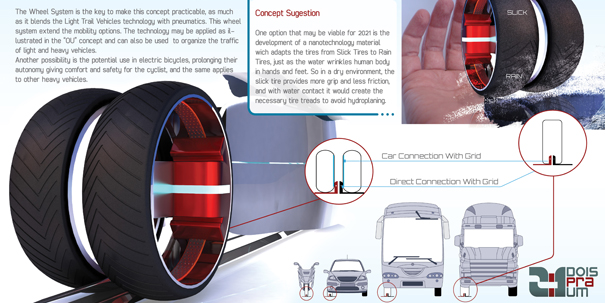 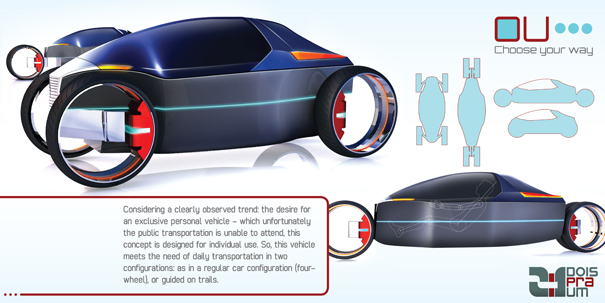 The VANMOOF 10 Electrified represents the next leap forward in empowering urban commuters worldwide with an intelligent commuter bike! It takes modern tech advances from…

One to Four Seater

The following car aims to do the following things, all at once: provide a new luxury experience and a new way of driving. Be a…

Resurrected from the dead

It’s not very often we see resurrection stories outside of The Evil Dead or various other TV programs, but this deadly manifestation by Death Machines…

Motorized Bodyboard To Save Lives

I’m not a beach/ocean person so I’m not even going to pretend I understand the needs of people who are. Fact of the matter is…