When I was a young lad, we had a local playground with a giant playset made entirely of old rubber tires. The giant ones, four feet or more in diameter each. This playset was eventually torn down because a combination of weather, animals, and homeless people ended up making it an unfavorable environment for kids. Let David Barry show you now what the people who designed that piece of junk SHOULD have done with the tires instead. Take a glance, if you will, at the Big Foot play equipment project.

Slide Mountain is designed with motor play in mind, having kids climb up the side to be able to access the slide. Cave Mountain has both an interior and an exterior playing surface lending itself to lots of imagination intensive situations. Wobble Ground is a play surface that moves and shifts as its stepped on, one piece moving one direction making the next move the next, encouraging interactive play between children. Roundabout Rock is a spinning pointer that can work to direct kids along colored paths throughout the play area – alternately it can be used to spin around so fast that you just barf all over everyone, hooray!

Check it out, looks amazingly fun, and I know I would have had a BLAST when I was five. 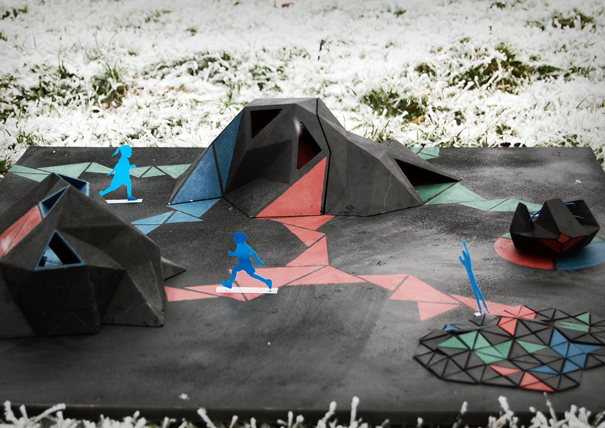 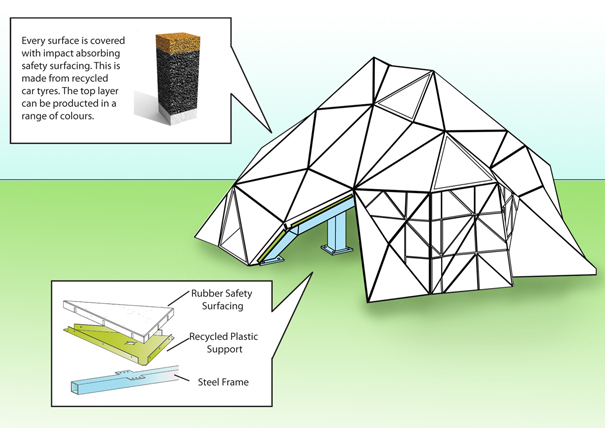 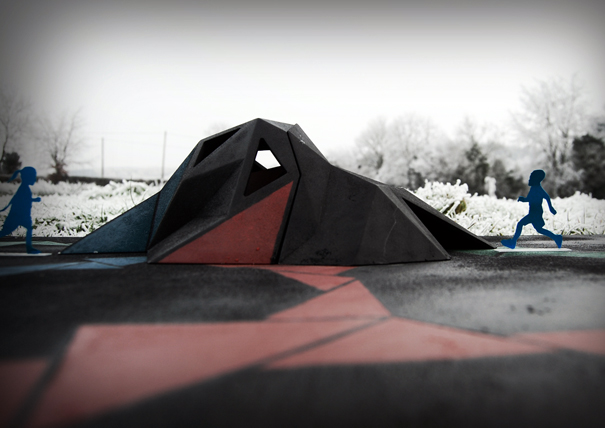 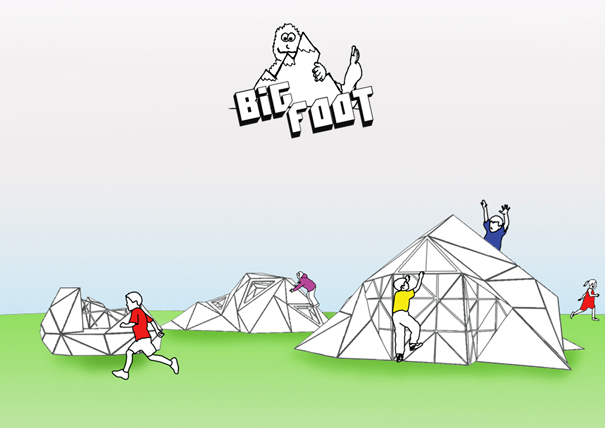 Stay cool this summer in an eco-friendly way with these inspirational product designs!

Listen, we all love Sungwoo Park here, don’t deny it. There’s been more than one satisfied reader here on Yanko when it comes to Sungwoo….

It’s quite poetic that Jaro Kose integrated the vase with a table clock, because both are, in their own ways, indicators of the passing of…

Presenting the best way to get lost in a walking stick. The GeoCane by Felix Hardmood Beck takes the idea of a divining rod and…