The Easyglider is an innovative steam iron concept developed for Philips by Studio NAMIC. It is super light weight, ergonomically correct and is accompanied by an ultra sleek base, which is easier to operate, easier to carry and easier to use anywhere. The iron itself has a new gripping method, which prevents Repetitive strain injury (RSI). This new gripping method allows for ambidextrous use and the central button placed behind the fingers is the steam controller which is activated by squeezing it against the core of the iron like a trigger.

This type of action allows for a better control of the amount of steam generated by the iron that oscillates continuously between the minimum and maximum squeezing pressure on the button. The hand interface is covered with a gel membrane that adapts perfectly to each user. And the way the user is intended to use the iron is similar to the way one uses a computer mouse, simply sliding it over the surface. The iron can stand by itself due to its innovative “posterior legs”, that can bend and sustain the weight of the iron due to a silicone element with circular steel springs inside, placed between the main body and the reinforced plastic “double heel”. These “legs” also prevent the cords from dragging over the clothes.

The base shape and component distribution was optimized to maximize water capacity, usability in operations, and easy maintenance, while maintaining a streamlined and appealing look. The base has 3 wheels with lock mechanism that provide for a usage on the ground as well on a support table. The upper handle provides for a comfortable and secure grip while in motion. The top console contains all the indicators and buttons needed to operate the iron base, and two buttons placed at the bottom rewind the cords into the base.

The detachable water tank has a volume of 2 liters, providing for plenty of steam and is easy accessible on the same side as the calc-clean cap. When not in use the iron/base have a reduced footprint of 20×20 cm and a height of 45cm, occupying very little at the users home and reducing transportation operating costs for the manufacturer. 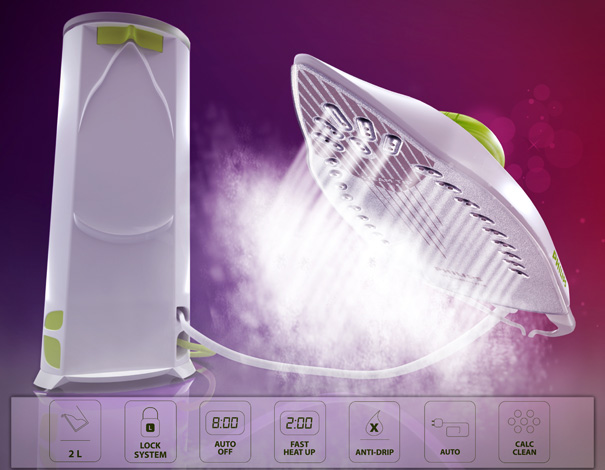 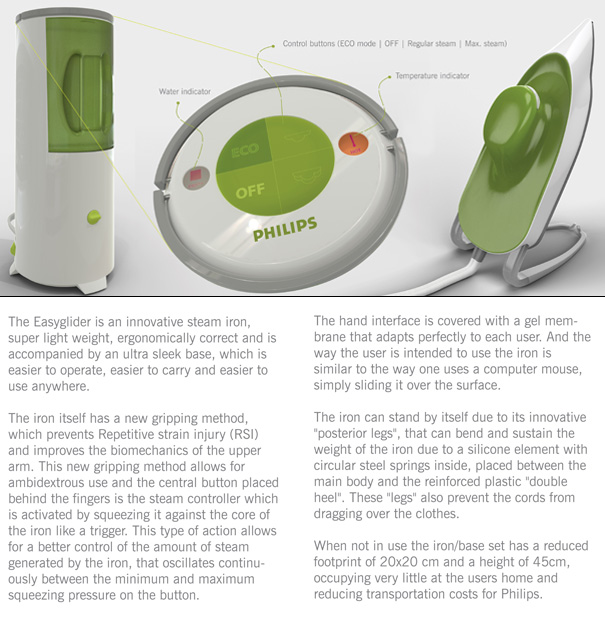 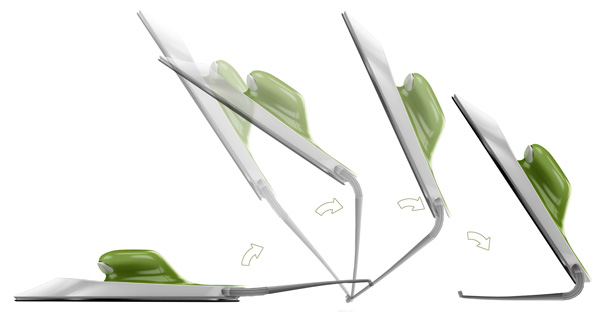 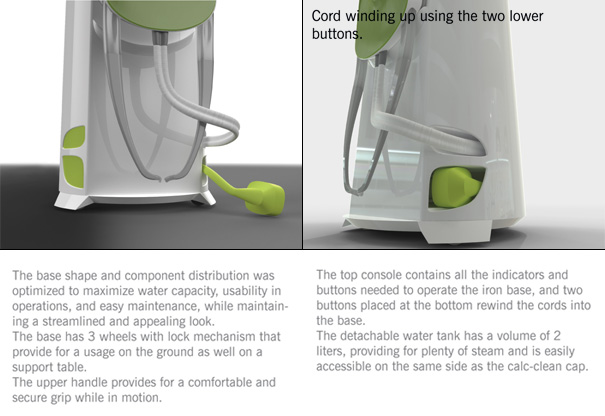 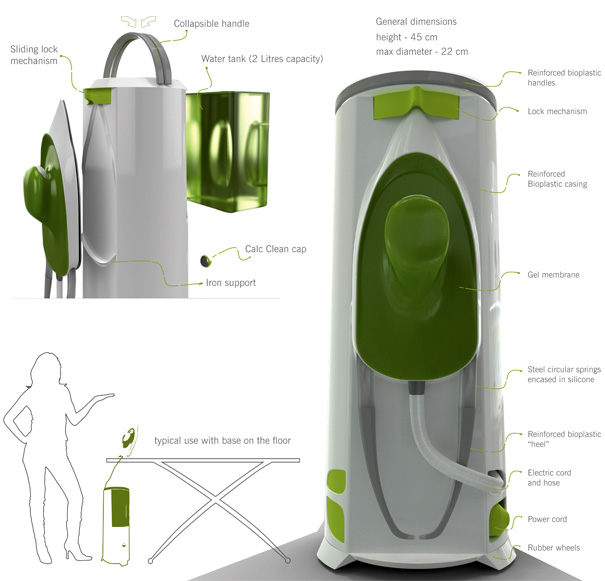 The idea of a watch has always been to deliver the time to you in a quick manner so you can go about your day….

The I-Quad uses tile shaped LED electronic boards held together by a simple frame and interacts with external devices via USB or wireless. Each tile…