In celebration of 2010, it marking 50 years of the United Nations adopted a resolution of independence, freedom, and sovereignty for all African nations, designer Hugon Kowalski has decided to create a water tower project. Availability of fresh water in the Sudan, an area where only 2% of the land is arable, is one of the most important issues for the entire population. In 2007, University of Boston scientists discovered an underground lake that might solve everyone’s water problems, thus, they must pull it up!

Take a peek at this extremely important set of facts regarding the water:

Scientists found an underground lake in Darfur whose area is 31,000 square meters (the size comparable to the 10th biggest superficial lake in the world). “As a matter of fact people do not know that a war in Darfur results from the lack of stability caused by lack of potable water.” Farouk El-Baz for Associated Press July 20, 2007 – there is enough water to end up the war over water in Darfur…even more – enough to recover from economic collapse of the region.” Farouk El-Baz for BBC News 20 July 2007. At present we have been conducting geological surveys and archeological research in order to establish whether the location would enable us to excavate water.

What designer Hugon Kowalski wants to do is excavate that lake in the form of water towers and in the shape of the baobab tree, a symbol of the African savannah. There will be three towers, each symbolizing a region in the culture: Islam, Christianity, and animism. Inside each of these towers would be the following: pumps and water treatment plants, a hospital with a vaccination unit, a school, a club for youth and adults, food storage, and offices for international good-giving organizations.

Each building would have both an over-ground part and an underground base. In the center, a water reservoir. From there, a system of pipes would feed to the over-ground rooms and to adjacent villages. The water’s flow would be constant, helping keep its temperature a constant 6-11 °C. With this coolness, buildings count be kept cool as well. The school with library occupies 10 floors of a tower, while 30 classrooms host up to 1000 students. Below each tower is a food bank and a train station with one passenger and one cargo platform, with specially designed cargo elevators to transport whole cars up from the platform to any level of the tower.

Internet runs through all the buildings for connectivity. The construction of each of the buildings is columnar and spandrel beam for ease of assembly. Construction materials are of local creation and implementation, while solar and heating panels are applied for power.

For more information regarding this project and/or how you can make it a reality, please leave a comment below or contact Hugon Kowalski directly by heading over to his UGO Architecture and Design site at http://www.ugo.com.pl/ 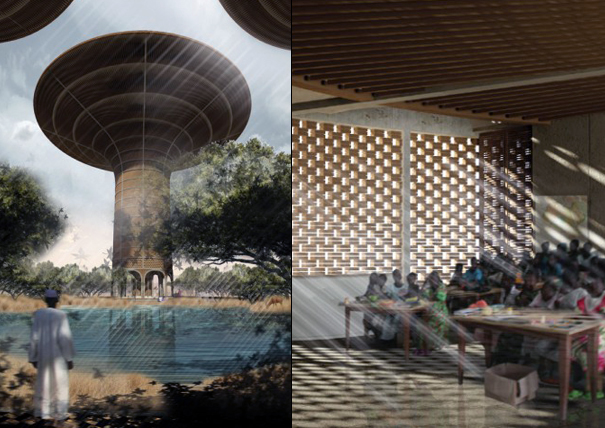 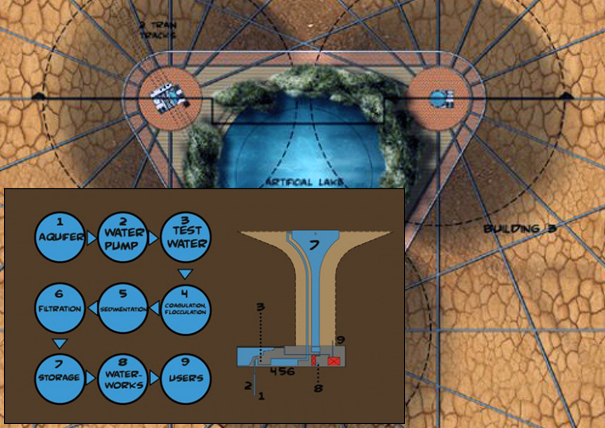 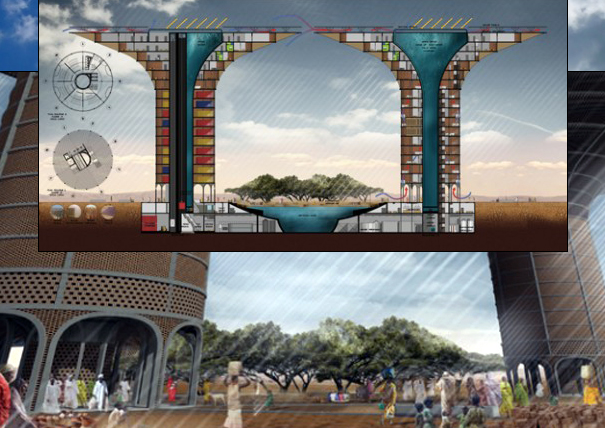 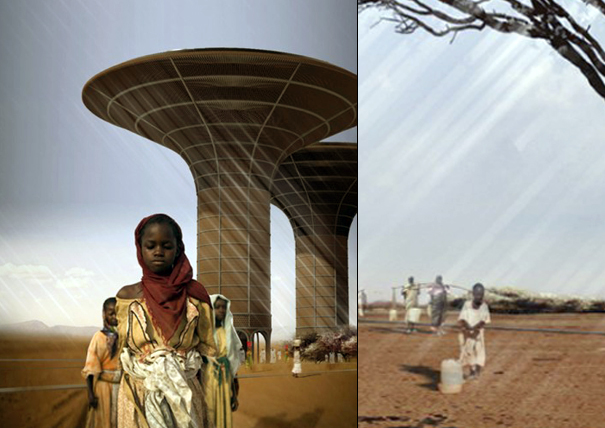 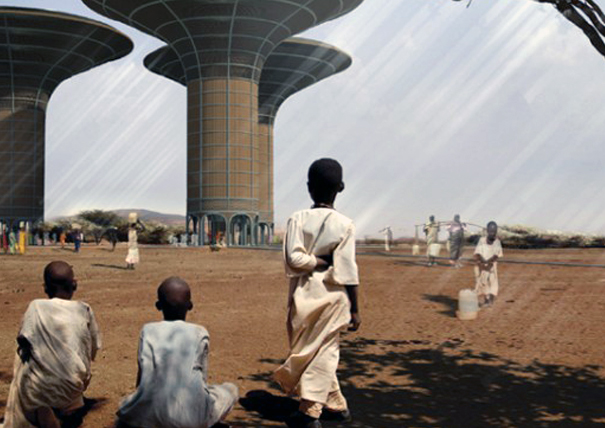 There’s only so many ways you can make a box exciting and this is one awesome example. Designed by Architects Tham & Videgård Hansson Arkitekter,…

Japanese architects never cease to amaze me. They are constantly given the challenge of turning a very limited space into something functional and appealing at…

That’s a lot of Black Rubber

A building clad in black rubber may sound ominous but in this instance, it’s a testament to modern design. The Soundhouse by Jefferson Sheard Architects…