Shipping containers are steadily proving to be much more multifunctional than we’re used to giving them credit. Initially passed off as just a means for delivery, we’ve seen the shipping container become a backyard swimming pool and now, the YouTube series ‘Living Big in a Tiny House,’ documents an off-grid home in the Mahakirau Forest Estate built from five 20-foot shipping containers. 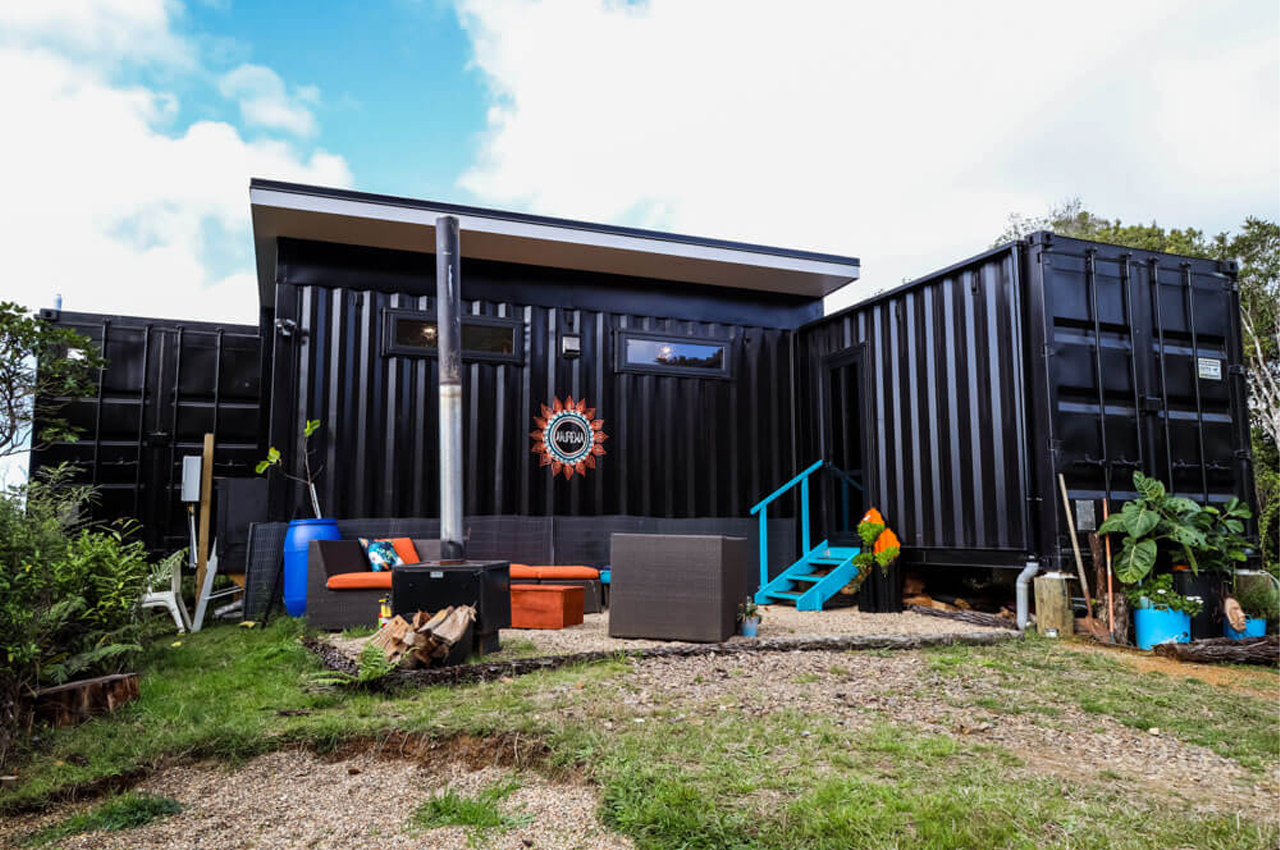 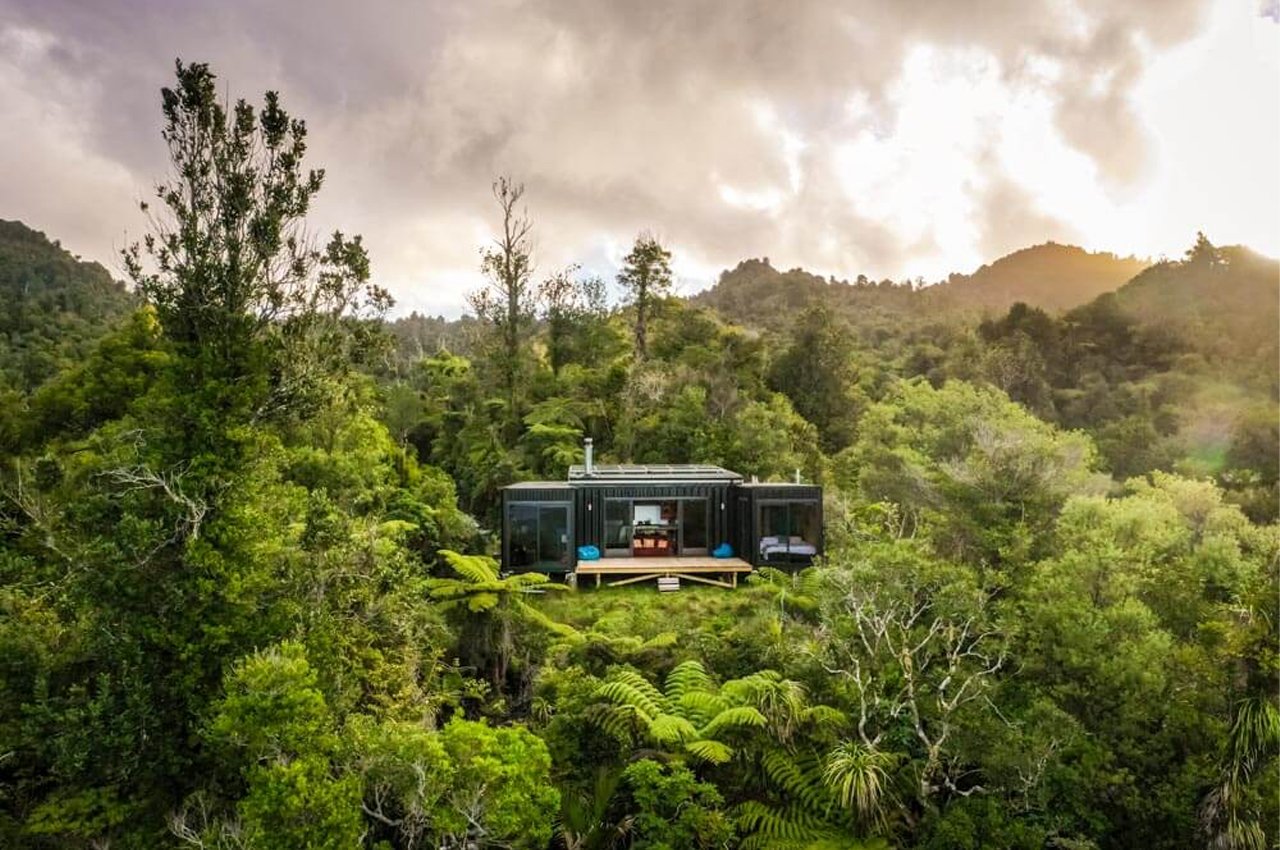 After moving in with her husband, Rosie sold her home in Auckland to buy some land in the mountains where she could begin construction on her off-grid tiny home. Of the 600 hectares that make up the Mahakirau Forest Estate, Rosie’s tiny home, dubbed Ahurewa to honor the surrounding woodlands, takes up only nine of them. Each home site is covenanted with the QEII National Trust, trusting landowners to be guardians of the surrounding environment and protect it. 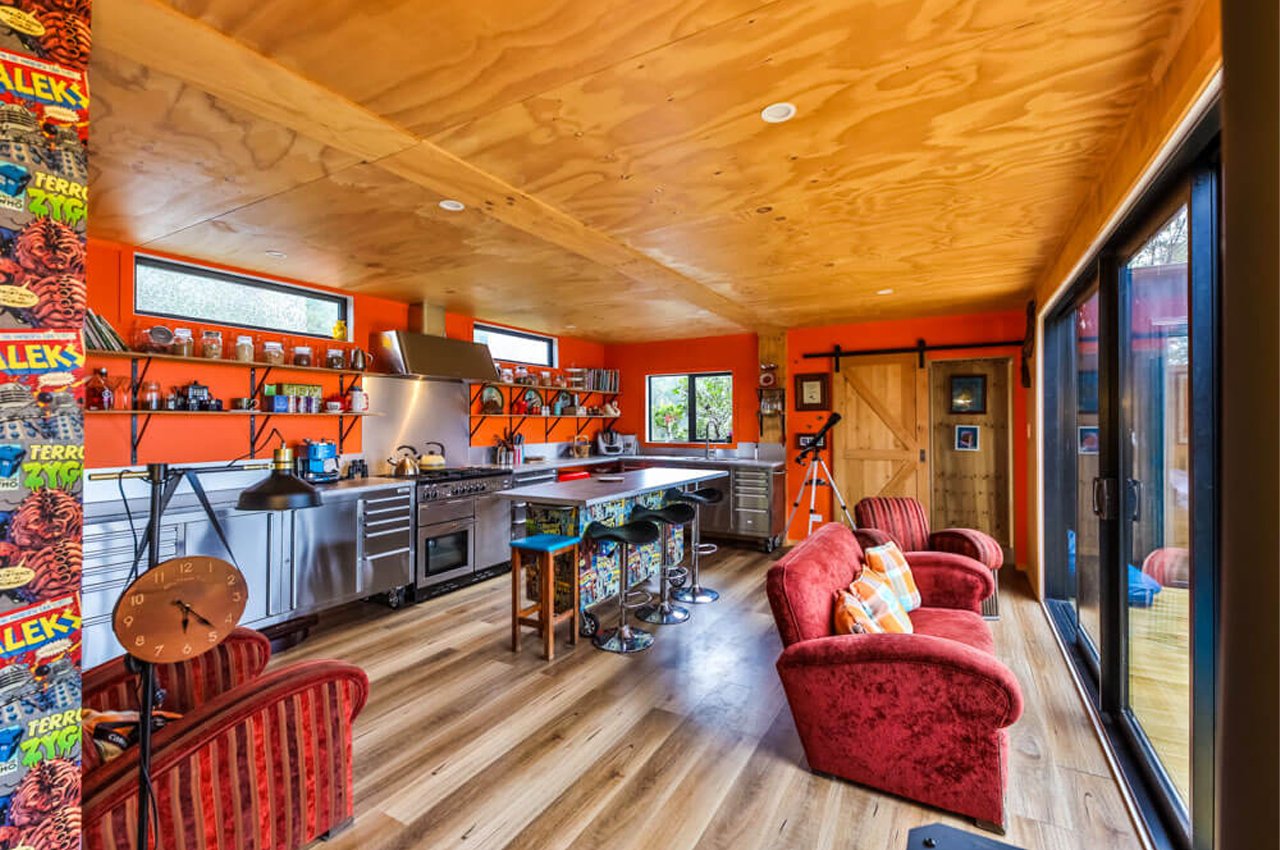 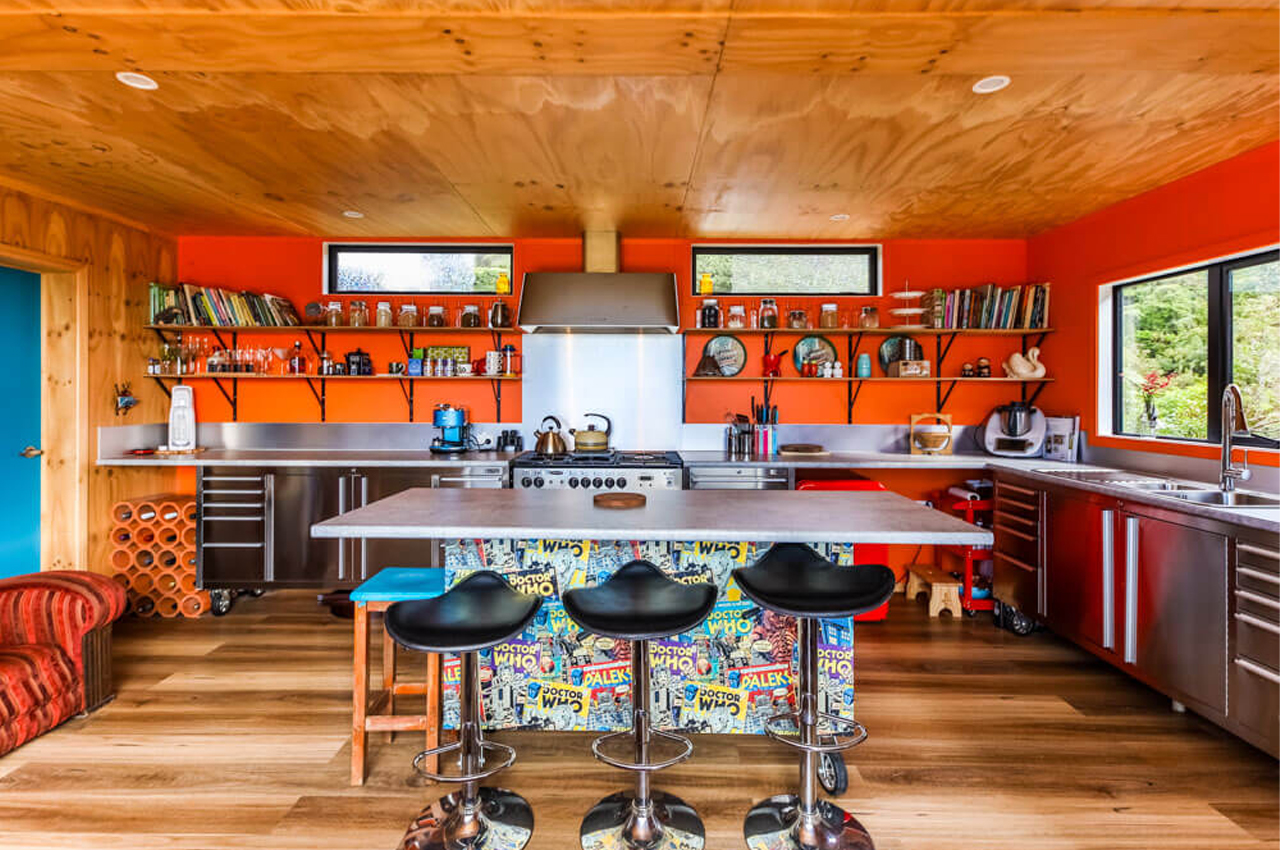 Composed of five shipping containers, Rosie’s tiny home benefits from natural eco-insulation and an industrial build that’s long-lasting and durable. Four of the five shipping containers are dedicated to actual living space, while the fifth shipping container only keeps the home’s mudroom. The mudroom primarily functions as a transitional space between the outdoors and indoors. Inside, Rosie houses the batteries, inverter, and power board for the solar panels that line the roof, keeping the hum of the inverter an appropriate distance away from the bedroom. 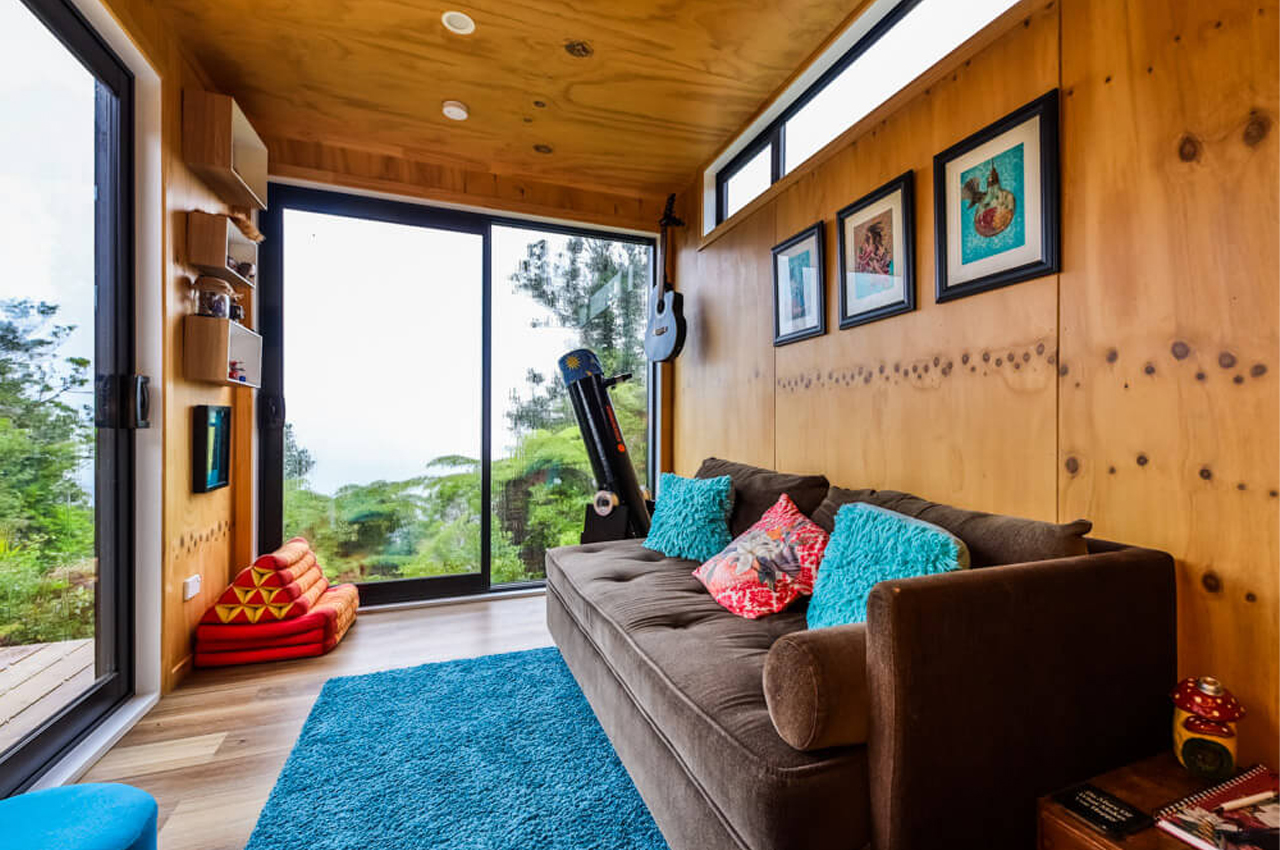 Since Rosie’s tiny home is entirely off-grid, sustainable utilities and add-ons fill the exterior and interior of each shipping container. Twelve solar panels line one shipping container’s roof, which is powered by a 4-kilowatt system inverter. Outside, two 25,000 liter water tanks and a worm-composting septic system provide water and an accompanying purification system for continued use and safe drinking. 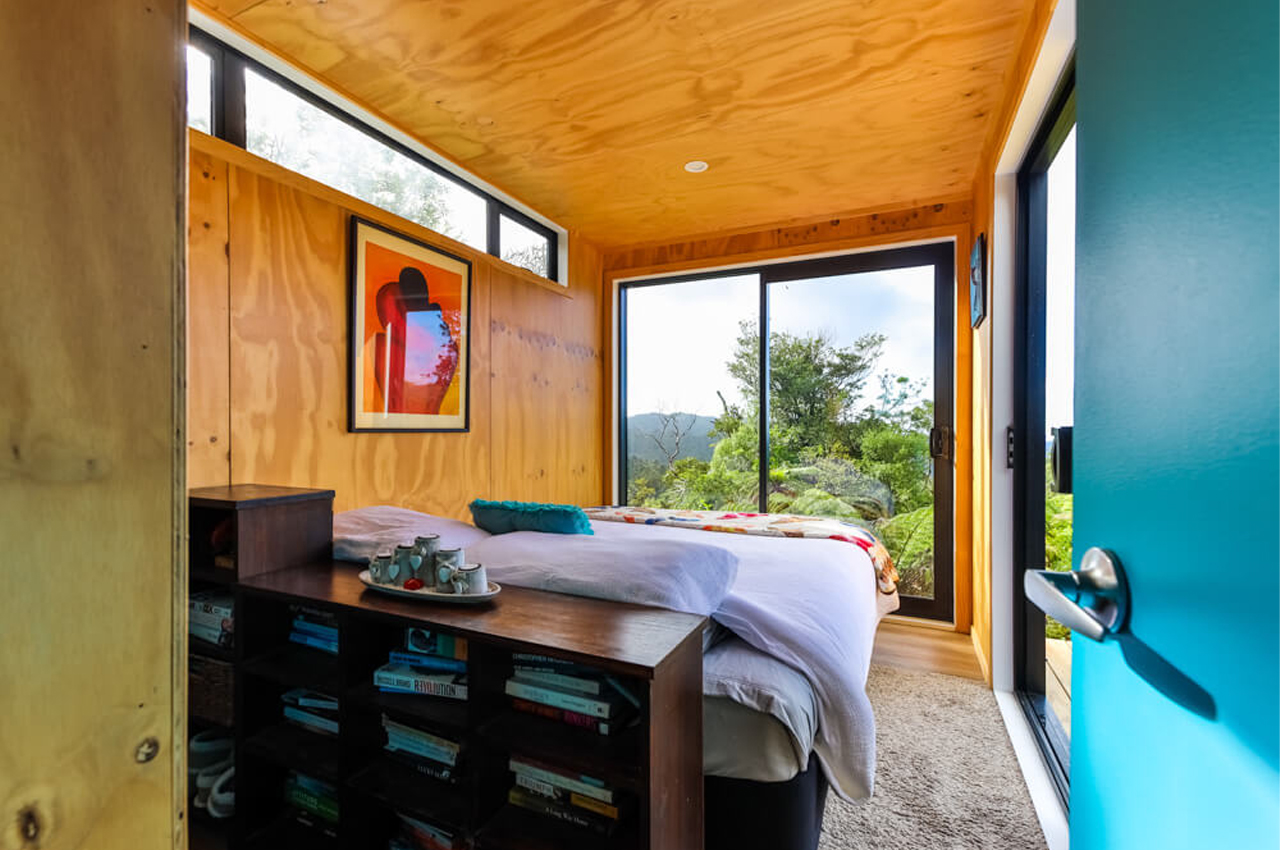 Unfinished plywood panels line the one bedroom of the house, highlighting the panoramic view of the surrounding environment, as seen through the double-glazed, floor-to-ceiling windows. 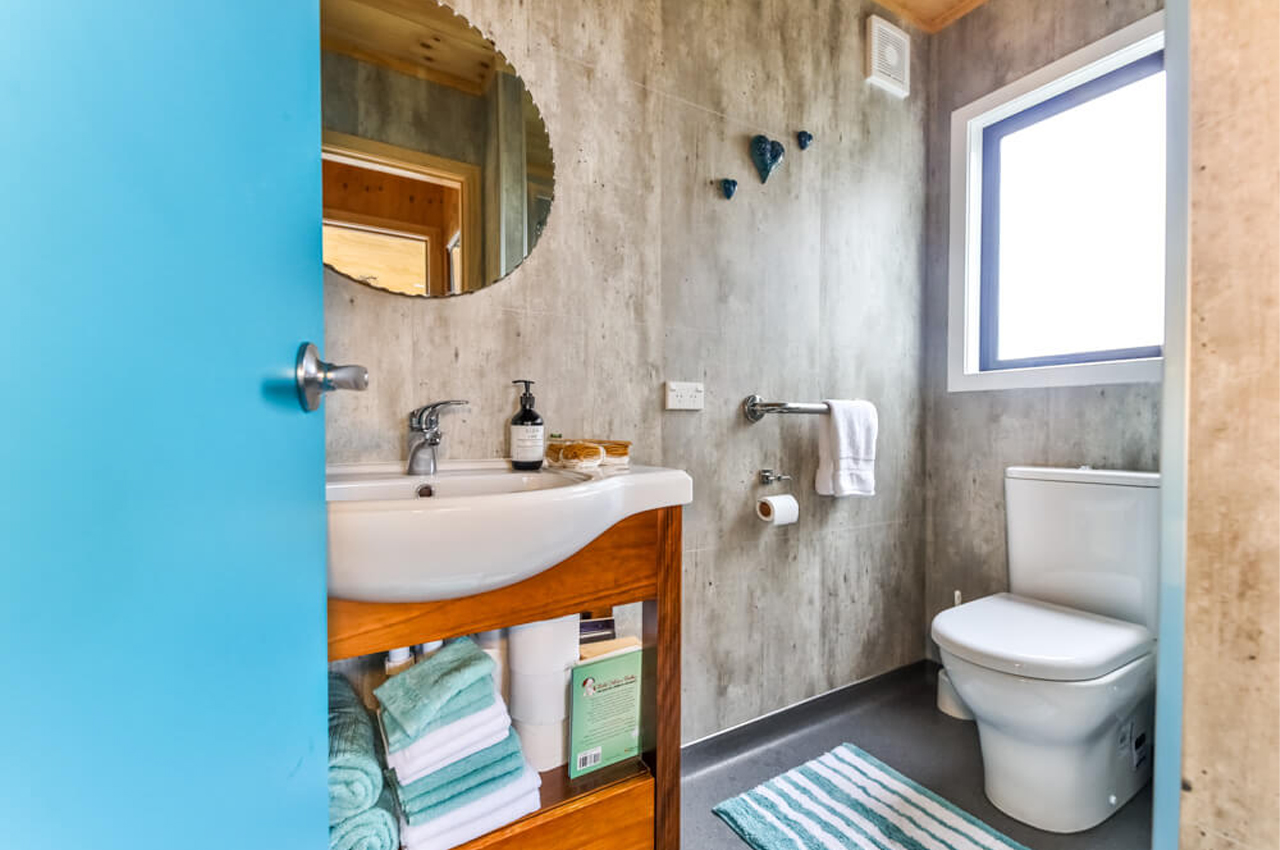 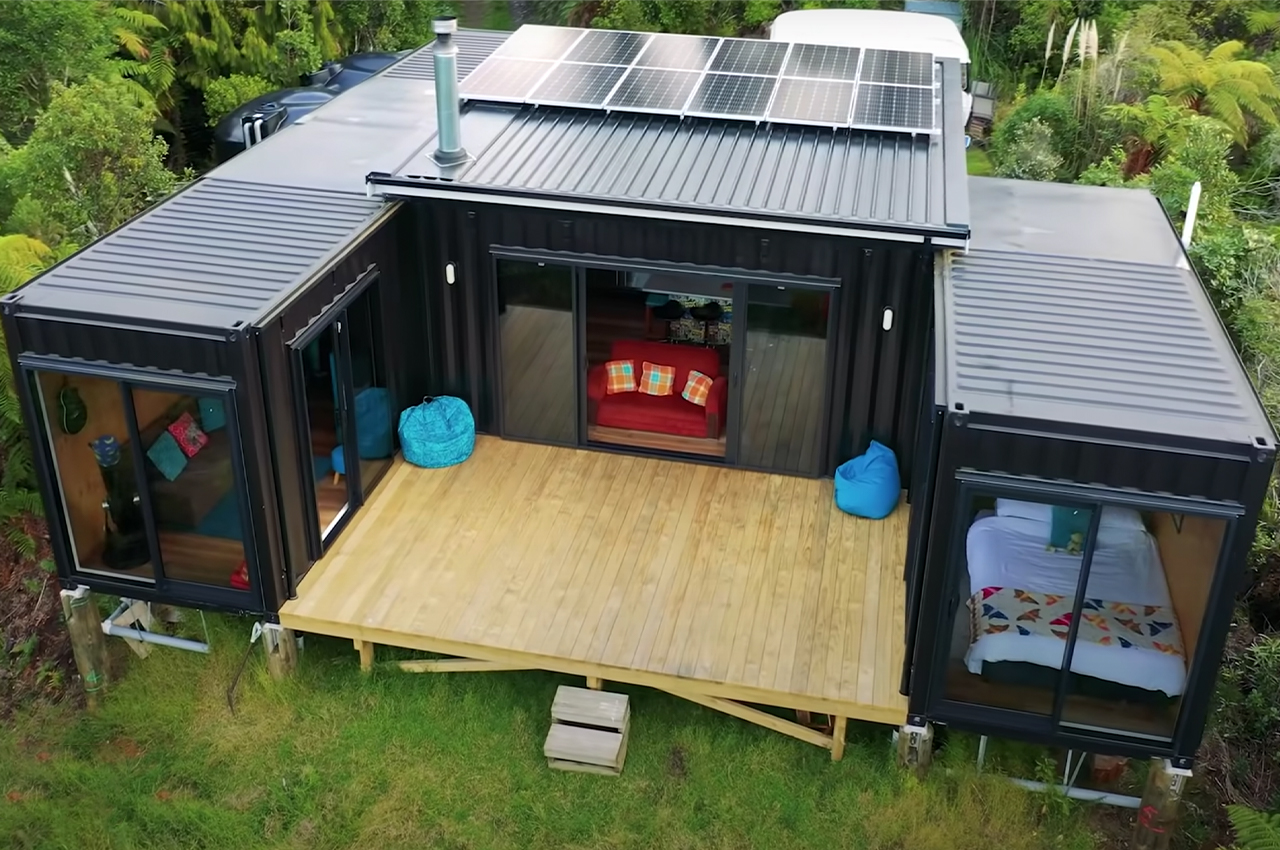 The tiny home wraps around an exterior deck to provide 360 views of the mountains and forests that surround it. 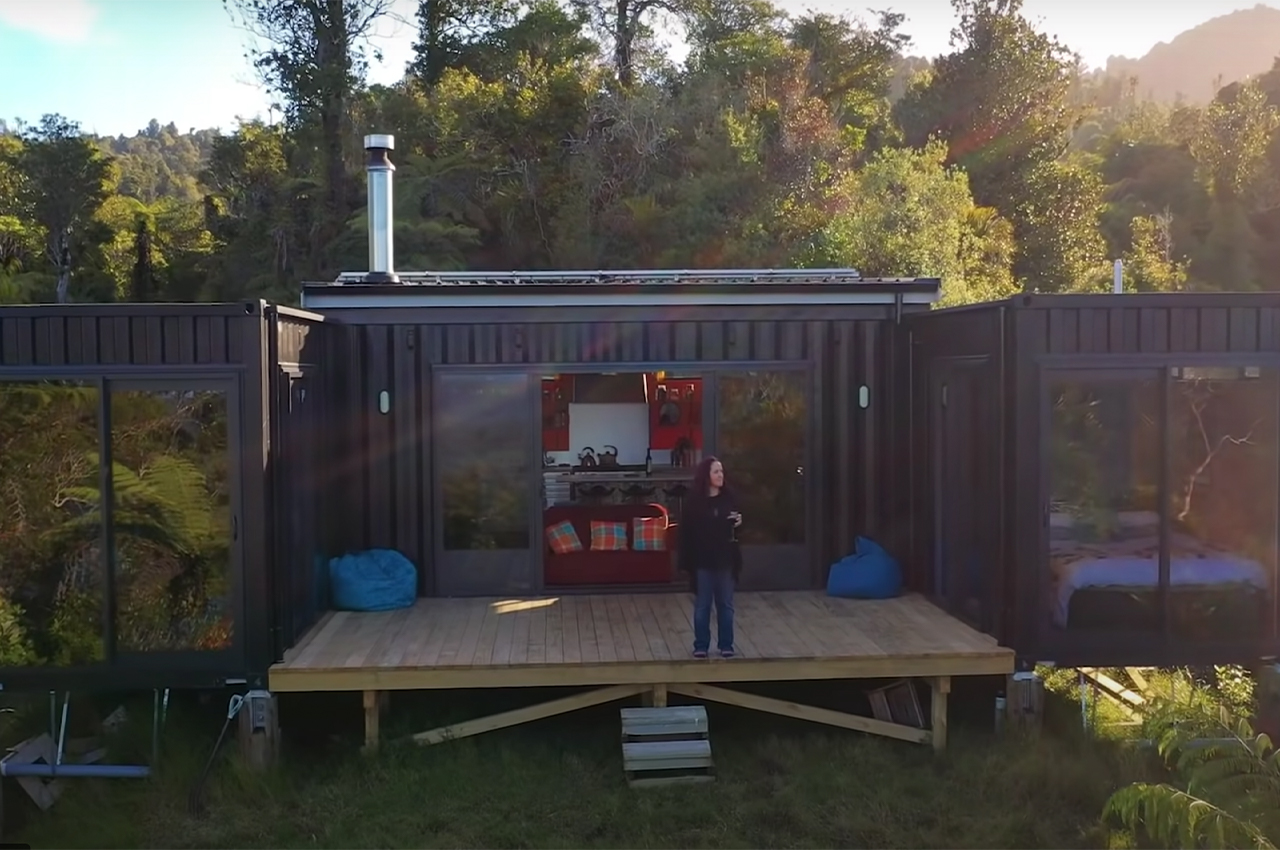 One side of the house receives sunlight during the afternoon and evenings, while the other receives morning sunlight, so both sun and shade are within walking distance.

It’s always an educational experience to see what’s in store for us as far eco-friendly products go. Joining the green brigade is this Timeless Garden that…

An essential pillar of AMA–Austin Maynard Architects is sustainability. Whether that be achieved through solar energy, Tesla batteries, external Venetian blinds, or all the above–building homes…

As children, we loved camping simply for the fact that we had sleepovers in tents, and ate an unlimited amount of roasted s’mores! However, as we…

The idea is pretty direct and in-your-face….we need to conserve our electricity and can’t have you squandering it away. So how do we implement this? By…