I’ve been a witness to many squabbles between designers & engineers who can’t seem to look beyond form or function. While engineers are right in their place to comment on the practicality of a project, designers are equally correct in dreaming futuristic scenarios. To cultivate both the workability & alluring aspects of design, the James Dyson Awards encourages students from the world over to “design something that solves a problem.” In an attempt to please both the faculties and to prove my point, let’s look at this year’s Top 20 entries that are shortlisted for the grand prize! 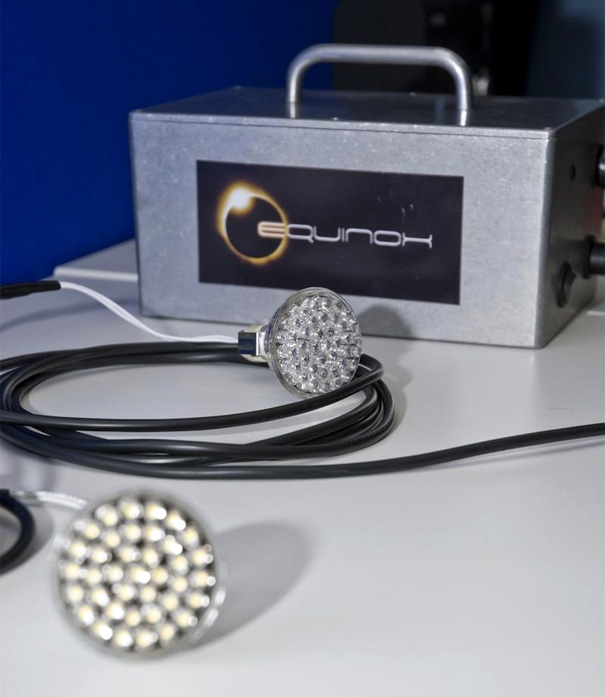 The e.quinox Battery Box works as a centralized charging kiosk and distributes power via portable Battery Boxes. It can provide up to 30 hours of lighting using LED lights and power small electrical appliances like radios and mobile phone chargers.

Imagine using a notice board that requires no tack-pins or staples to tack notices; just plain old electrostatic charge! The idea is to stick paper or any other object to the board without using office accessories. Give it a couple of good rubs on the board surface to charge the paper, and you’re good to go. 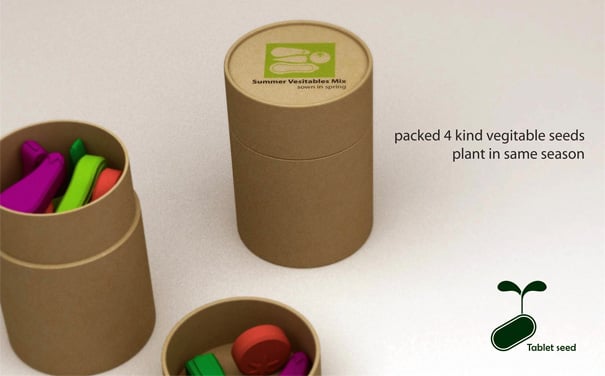 The Tablet Seed is a pretty cute water-soluble manure-coated seed, in the shape of the vegetable that it will grow up to be. The visual appeal of the seed packing along with the eco-factor encourages you to indulge in a home-garden. It comes bottled in indicative seasons best for sowing so that you don’t goof up! 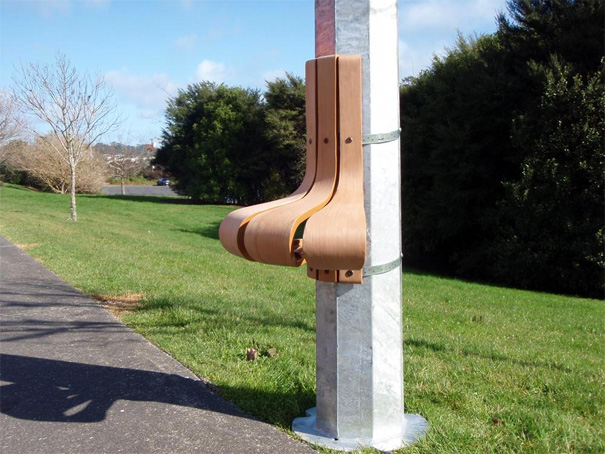 Wanderest Seat is a portable strap-on seat that attaches to existing circular or octagonal lamp posts in the vicinity. Its aimed at the silver generation, who find it difficult to walk for too long and need a resting spot every few meters. 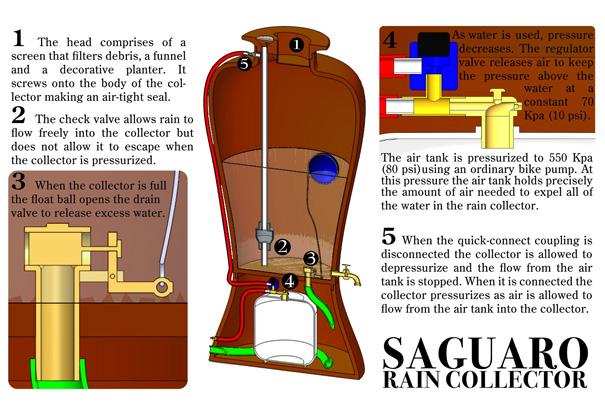 The Saguaro Rain Collector fits into an easy nook in your garden and does the good job of collecting rainwater for future use. The system stores water and uses a pump to create enough pressure to drive the water through a hose – allowing you to water plants without difficulty. 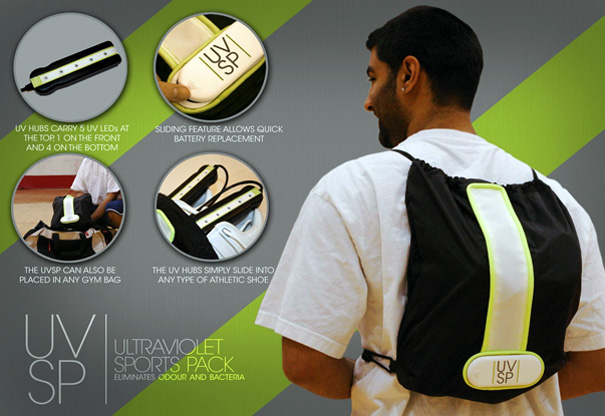 The UVSP is a chic looking portable athletic bag that holds the key to eliminating odor from your shoes. It’s got this UV system incorporated to the bag that triggers on, only when you pull the zippers up and complete their contact. So simply place your shoes into the bag, activate the system and let the UV kill the bacteria and odors. 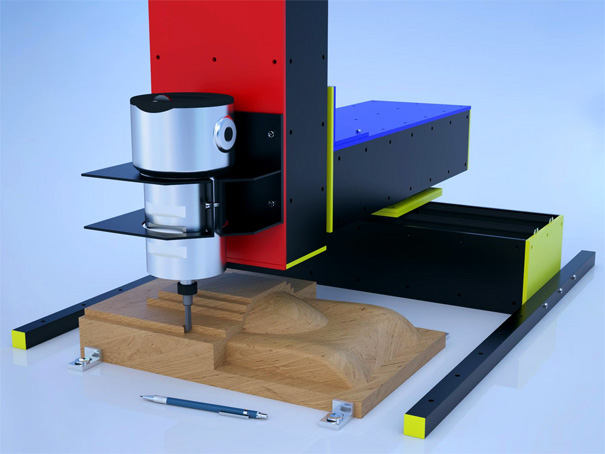 Here’s a look at an automated computer controlled machine tool that quickly adapts to perform different tasks for mass production of the same item or component. Ideal for amateur hobbyists and experts, the user can bypass complex knowledge on how CNC machines work in order for them to create their own parts. 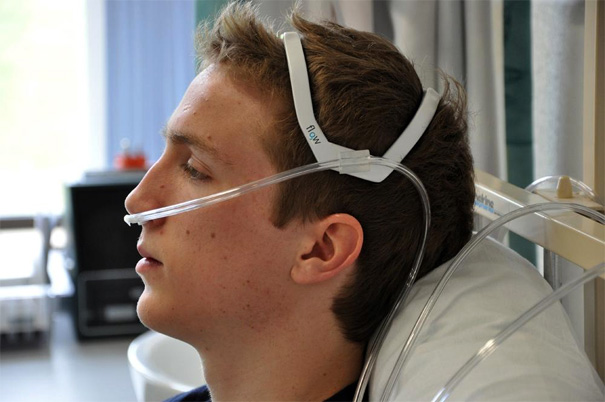 Flo2w is an adjustable headgear that fits a patient’s head comfortable, and delivers oxygen to his nostrils in a very unobtrusive way. It’s more convenient than a mask and lesser intimidating. 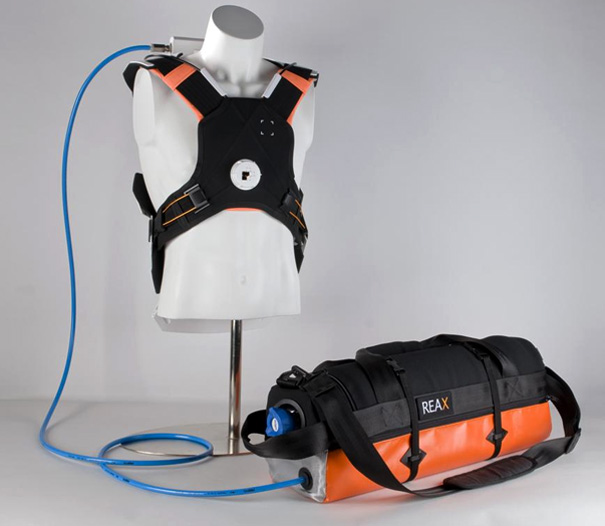 Reanimation Automat REAX is a resuscitation vest that helps in CPR. Basically it keeps pumping the chest at regular intervals to aid blood circulation and ensures that oxygen is supplied to the brain. The device is based on the theory of Thoraxpumpmechanismus. 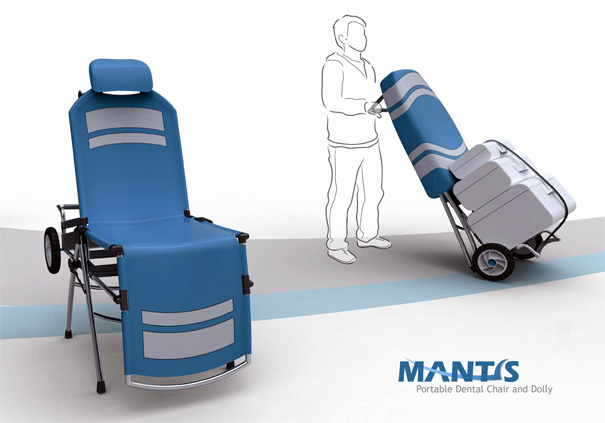 Mantis is a portable dental chair that collapses into a trolley so it can be used to transport heavy equipment. Talk about being two-in-one! 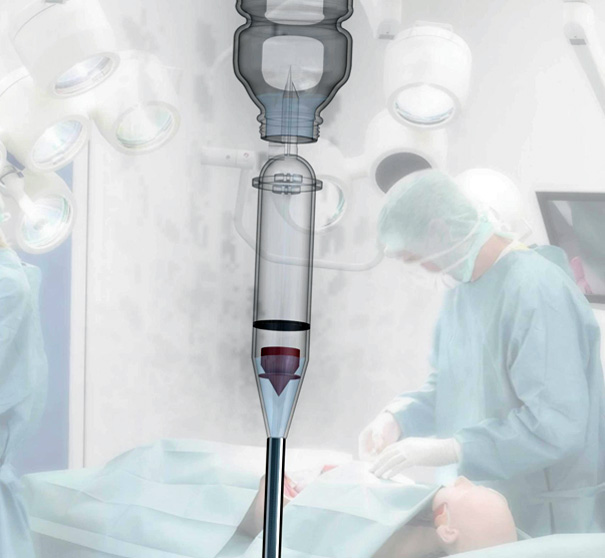 Air Free Intravenous Infusions features a ‘drip chamber’ which prevents air entrainments in intravenous drip lines, reducing the chance of fatal air embolisms. Air Free gives a visual warning when an infusion has stopped in a bid to reduce the amount of time patients are not receiving their prescribed drug supply. 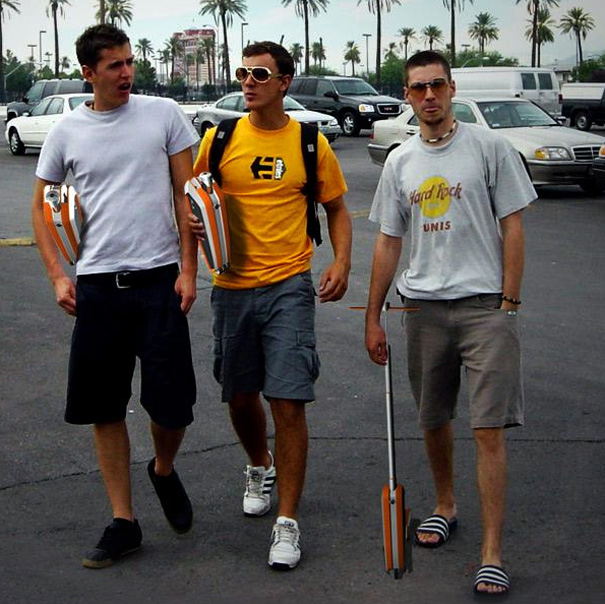 The beauty in the Butterfly Scooter is its ability to metamorphose into a sleek shell when closed. This micro scooter folds to fit into a bag and even the conceals dirty wheels!

8 ) The Copenhagen Wheel by Christine Outram 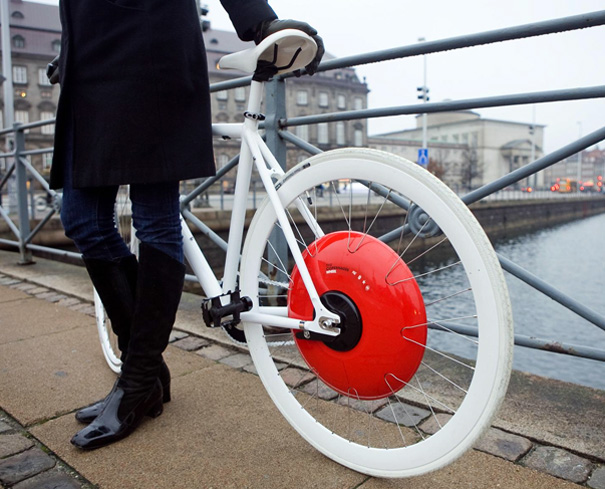 The Copenhagen Wheel is a striking red wheel-hub that fits the rear wheel of a cycle. It contains a motor, batteries and an internal gear system that allows cyclists to overcome hilly terrains and long distances. The stored pedal power is used up by the hybrid electric motor and is manipulated via a smart phone docked on the handlebars. Cyclists can use data to plan bike routes and see traffic and pollution levels ahead. 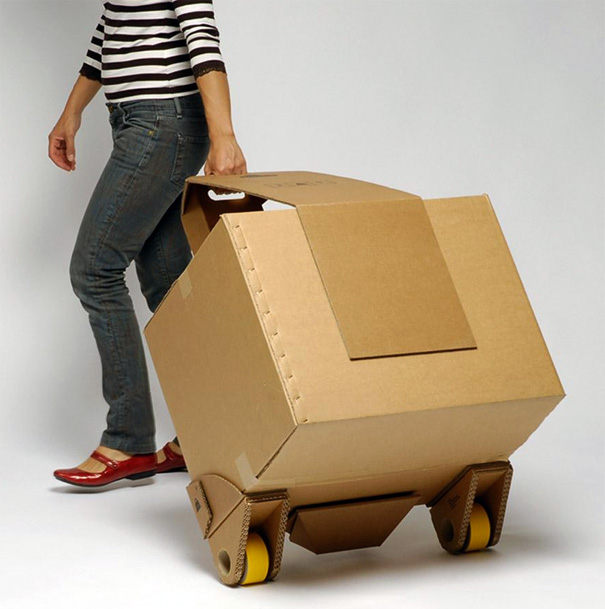 We discussed the Move-it and concluded that the project uses an innovative approach to being a make-shift trolley for your shopping. The USP is that it’s recyclable and can be altered to be used in a variety of sizes. And as Graham points out “The product is actually reusable, in fact I have used the same handles and wheels many times for demonstrations and clocked up over ten miles on a single set of wheels. Each time the parts are peeled off the box, they become less sticky, but they can be reused, and when after many uses the adhesive fails altogether, further adhesive can be added, to extend the products life until it wears out.” 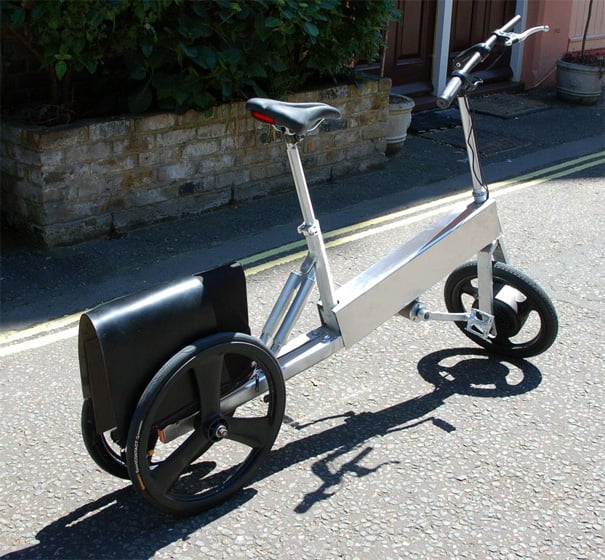 Biquattro, the pedal-assisted electric bike turns into a tricycle when you need to carry a heavy load. Essentially, it goes from being a cycle to a transport cart, should the need arise. It has a specially built suspension and a special mechanism that allows the bike to the left and right without tilting further and carries around 40 kgs with ease. 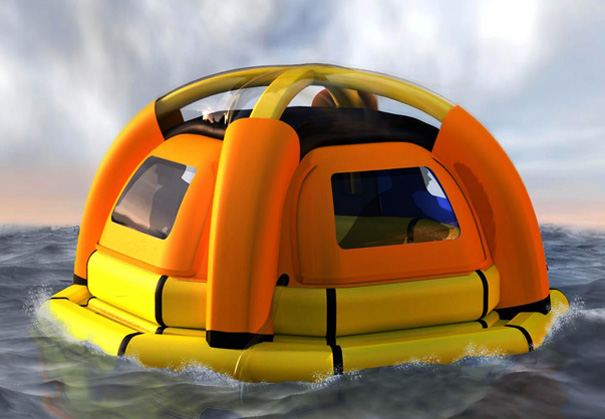 Seakettle is a life raft that provides shelter and fresh drinking water in the event of a shipwreck. The raft has a system that pumps sea water up to a Gortex covered reservoir, where the water evaporates, hits the top canopy and condenses, filling the four pockets around the raft with fresh drinking water. 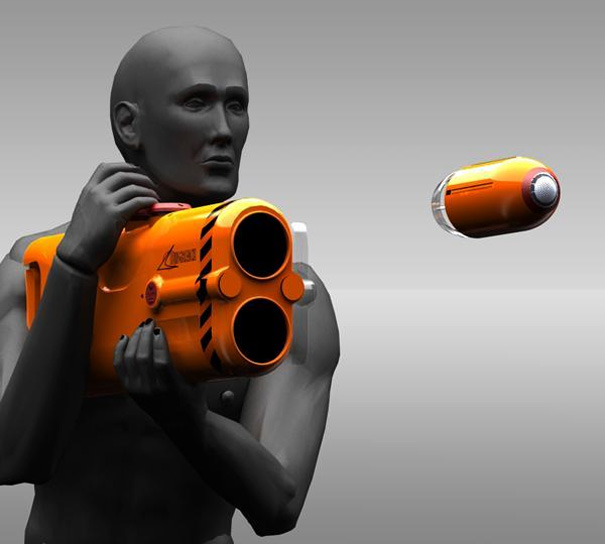 Longreach is like this gun that shoots out an emergency buoyancy aid and has the range of 150 meters. The buoyancy aid is made of hydrophobic foam which rapidly expands once it hits the water. It includes Para-Flares for night-time illumination and can be used help victims stranded at sea. 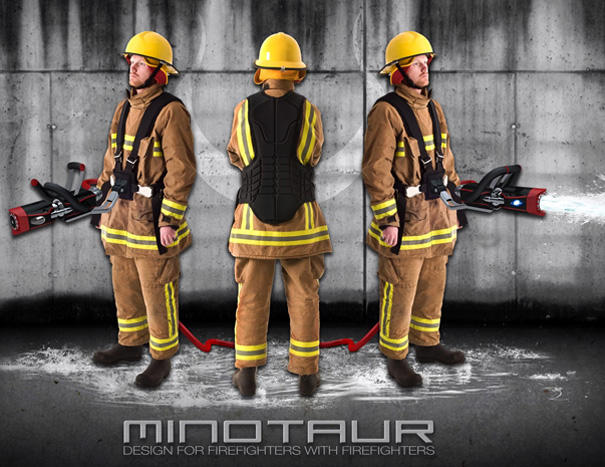 Instead of holding a fire hose, the Minotaur Dire Nozzle is strapped onto firefighters via harness. This counteracts the opposing water pressure and makes it easier to control. 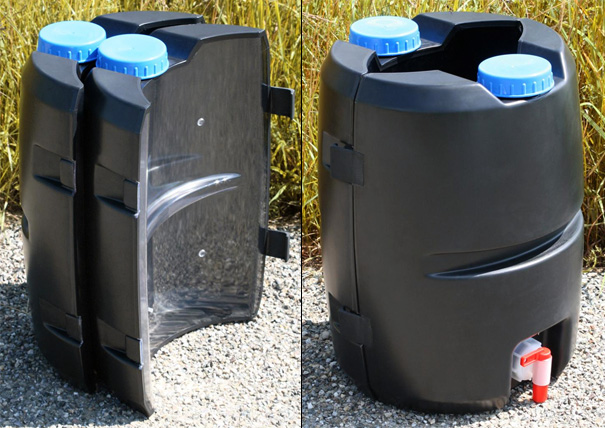 A delightful water purification project by Verena Brueckner, it features a pipe that purifies contaminated water with UV radiation. It consists of two units, the Water and the Donut UltraPIPE, use them both to complete the system. During sunless periods, the Ultra Pipe can filter the water through a pressure driven membrane. 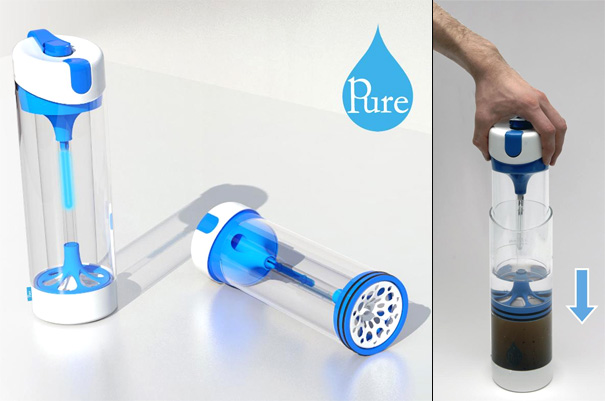 Pure is a system that filters and sterilizes the water from a lake or a stream within 2 minutes. It filters particles as tiny as 4 microns and the de-sediment water goes through a 90 seconds sterilization process via UV. Once complete the water is safe to drink.

Ever gone to the park and found someone else sitting on your favorite bench? Ever wished your bench was turned the other way because you…

My How Time Flies

So You Want to Plug it Up, Do You?

Don’t let your bath water take over your life like the monster that it is. Water in the bathtub can be a real slippery mother;…