An idea that should’ve been off the ground ages ago: self-sufficient lights on the streets of every city. Natalia Romanova presents this project with the very to-the-point title “Self-Suffieient Streetlights.” Romanova says we only use lights along the streets 20% of the entire day. Pretty accurate, I’d be willing to bet. So what about the other 80%? Solar panel collection. Romanova aims to use the sun to cut on cost, improve sustainability, make the world a better place with hot aesthetics, and keep the world alight until the apocalypse.

You know the sun is going to explode some day, right?

Until then, Romanova plans on using the rays of the sun to light the streets at night by storing the energy given off during the day in the lamps that will act as both container and projector.

These lamps, Romanova plans, will have a metal spine, concrete base, recycled plastic panels, LED-arrays, elastic solar panels, and will be fitted with an alarm panel. The alarm panel will be reactive to signal emitters similar to those that activate stoplights activated by emergency vehicles presently. It will also react and shine according to volume and movement -because Romanova found that 43% of accidents in cities occur due to animal-related incidents, these alarm lights will twinkle when a scanner on the lamp detects volume movement more than 20 kg. Other spacial events will be detected and blinked about such as car accidents in the area.

The lamp will have electricity plugs for electro-cars. The power will come from something Romanova calls a “Global Electricity System” which I assume will be a Star Trek-esque collaboration system across all nations working together to share generated electricity.

Elastic Solar Panels “S=0.890 m, for one hour produce more than 1.3 KV of energy” – excellent considering the LED light arrays use less than .5 KV of energy. That means that for every hour the sun shines upon the lights during the day, there’s more than 2 hours of light that’s made for the night. Seems pretty good. Indeed?

Now let’s make sure this math works, check on materials, and poof!

Right? That’s how it works to make global changes in cities around the world, correct? 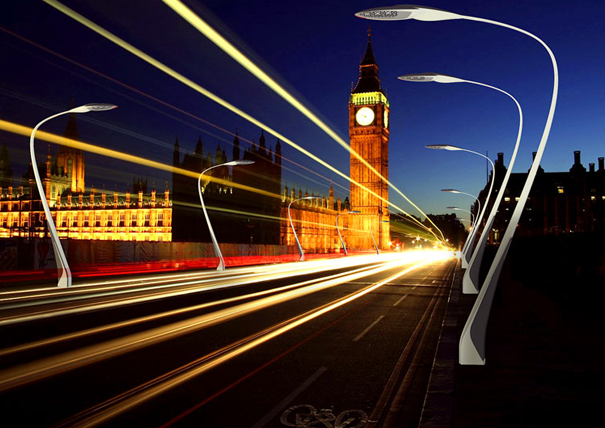 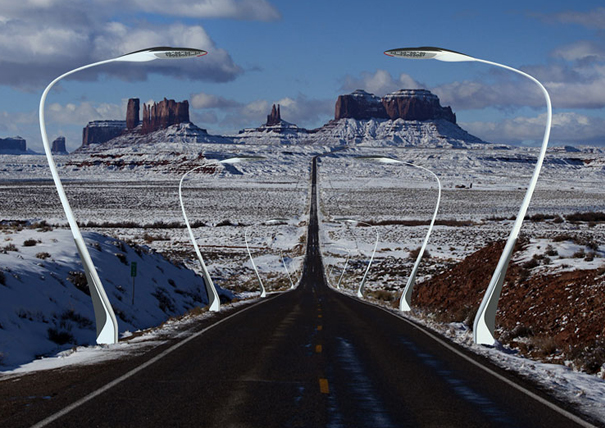 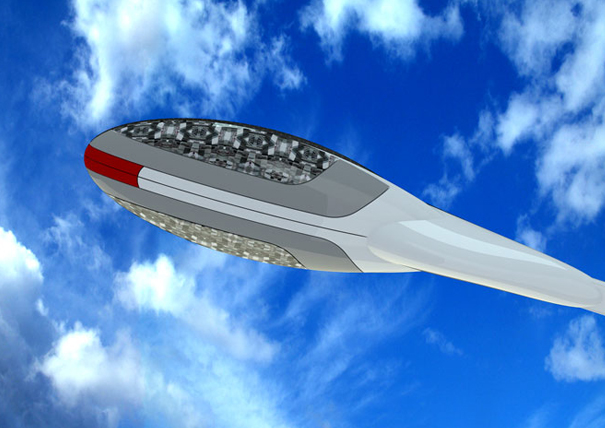 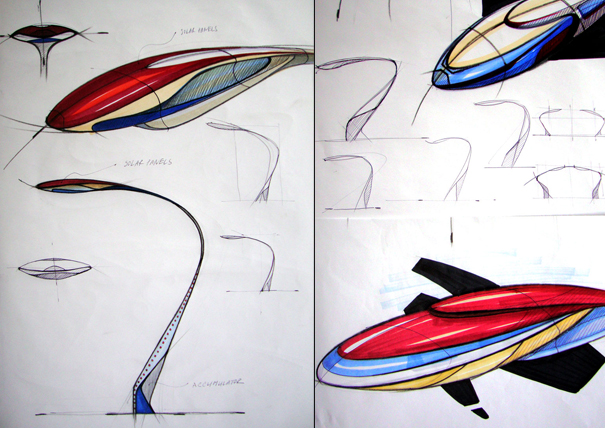 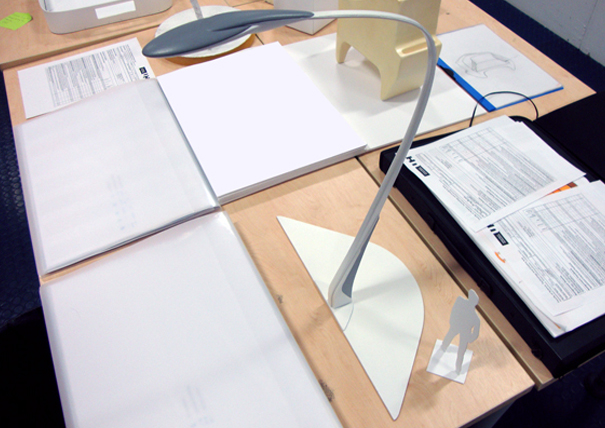 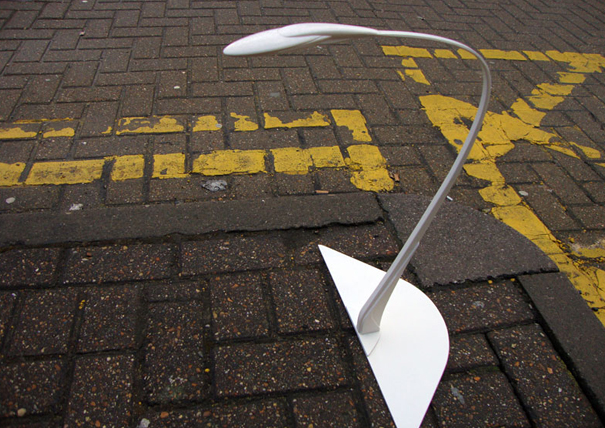 The light is within it, yes within its body, oh so comfy and cozy that you can hardly make out its presence. The idea is…

Lights that Hang Together, Stay Together

What you’re looking at might seem like one ordinary (yet completely beautiful) pendant lamp… but it’s actually 5 or 6! Despite its seeming complexity, the…

A Touch of Light and Sound

Remember your grandma’s fancy touch lamp that you’d play with as a kid, turning it off and on incessantly?! Well, this isn’t it. This modern…

Timer To Light is this really cute LED light concept that is based on mechanical energy. Rotate the timer base to crank up the mechanism…