Hey ther nighttime, how you livin? It’s all dark and whatnot. How are you going to read signs when your out there? You’re totally drunk! I’ve got the solution for you right here. Lights at night, nightlights. This project goes by the name of “Intersection Signalétique.” It’s pretty! Lights from up in the sky, down to the street, up into your eyeballs. As advertisement, as direction, as decoration.

This is a system for the world to show pedestrians the way in their everyday nighttime. This light system is currently placed on the intersection between two major streets in Montreal. The current system, still an experimental prototype, was made up of several projectors suspended from towers, synchronized with the traffic light system already in place. It projects lights on the crosswalks, notifying the passers through of when it’s safe to cross. That and some ads for nearby events while waiting. 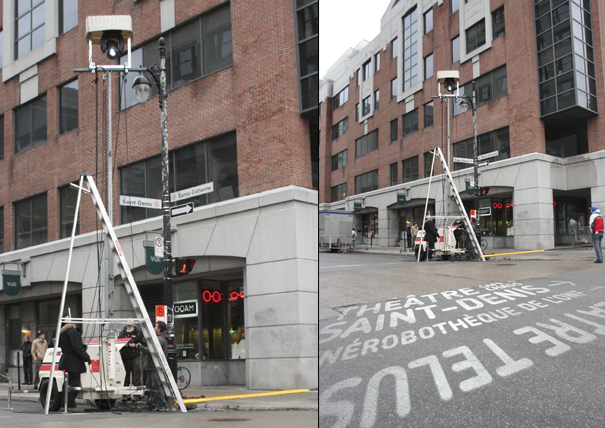 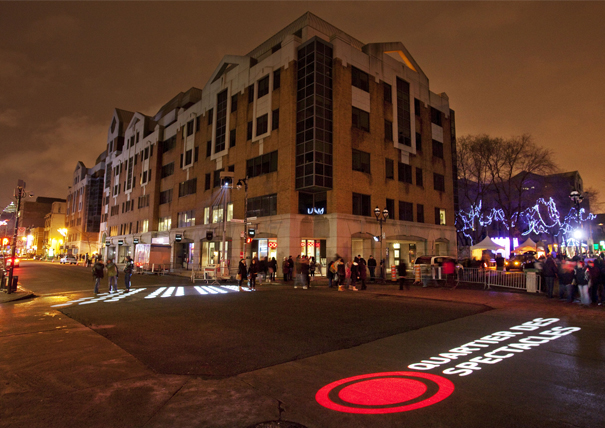 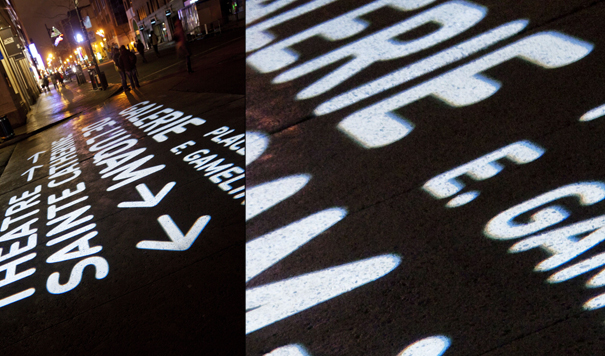 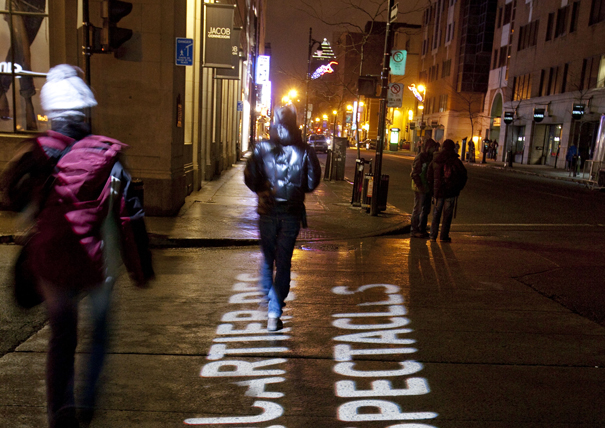 The brightness of this lamp adjusts easily with a turn of its shade. By consolidating the light source itself and the switch that controls the…

This far-out floor lamp takes on the familiar shape of a playful UFO! Called the Alien Torchere, its exaggerated legs and fluid shape are reminiscent…

Infectious is a light concept made up of modular silicone spheres charged in a set-up one could call a luminous tree. The spheres react to…

More than just a bucket…

In a surprising merging of products, the Solar Energy Bucket serves as a multifunctional tool for anyone who likes to rough it. At first glance…