You say you only want a single knife now, well, you know: we all want to save on packaging. So, so, then, what we’ve got to do is cut down! And that’s exactly what we’re going to do with designer Aaron Root’s singular knifes concept! You say you only want a few of those knives out of that giant block they sell? How about buying one knife at a time in its own block, each block connectable to the next? Neat!

Aaron Root was charged by J.A. Henckles to create a unique way for people to purchase individual knives that would normally be part of a large block set. So, what he did was to break up the block. Each knife comes in its own block, magnets on either side, making it possible for the purchaser to collect, say, three knives, then put them all together for their own unique block set.

Not only that, the magnets make it possible for the owner to stick the block to anything metal: the fridge, a metal shelving unit, the metal plate inside mom’s head, anything! And the only waste is the small paper bellyband! 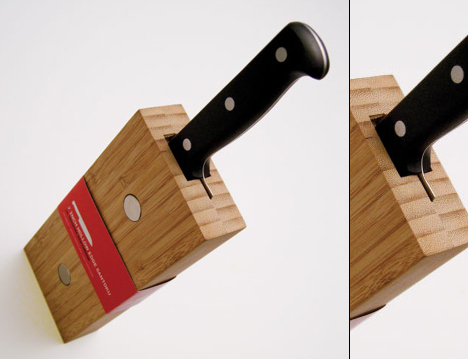 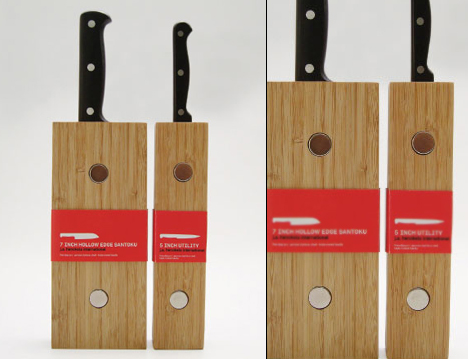 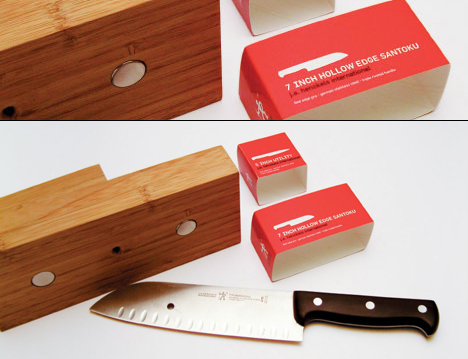 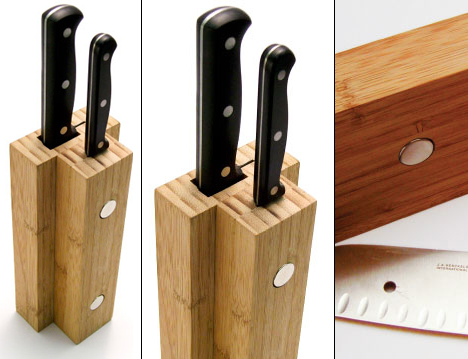 Made from upcycled polypropylene packaging, a fashion designer & creative director designed a winter jacket for dogs!

While I’m subscribed to a newsletter that sends out lists of dogs available for adoption, I’m unfortunately still puppy-less. That being said, if I did…

You remember the time when some rather adventurous designers tried imagining what it would be like if Vespa made a camera? Well now I ask…