Apologies to Yiran and all those who play music, but many of us YD-ers may be ignorant on the nitty-gritty of music composition, play and practice. So before I launch into a full detailed explanation of the Lyra project, I must get some basics clear. Musicians often use a metronome to help them practice their sessions however this device does have its limitations. And apparently musicians also have heightened peripheral vision in comparison to us normal folks.

The Lyra offers visual feedback and provides users with tempo, dynamics and articulation information via discrete, moving patterns represented as OLED illumination that peek the peripheral vision during the playing. So basically this means that the info relayed to a musician practicing his piece, is through visual notations that are picked up by the corner of the eye.

To stay true to his explanation, I’m gonna reproduce the exact text that Yiran sent in:

Through visual feedback, Lyra offers musicians the ability to monitor his/her own musical performance in the process of skill acquisition. It will also help music students in keeping up their motivation and enthusiasm during the practice.

When there is no conductor available, group of people practice with a metronome often have difficulty following the beat. The sound of metronome is either too loud or too quiet to be heard. Headphones are used in most of times for recording soundtrack of films.

First major function of Lyra is to display tempo information. The simplest one is sequential mode, most suitable for soloing, like piano. It clearly identifies the beats inside each phrase of the music. Common 2, 3, 4, 5, beats can be selected. A very demanding functions, which is instant change of tempo is achieved by a pedal. Player can simply press the pedal to toggle between 2 pre-set tempi, rather than mess around with his or her metronomes during the performance.

Designed for ensemble or chamber music scenario, conductor mode imitates the movement of the conductor’s white baton. This mode fully exploits the peripheral vision so that the player can feel the movement at any position as long as the display is within eyesight. The bottom of the display panel is the same as the invisible plane for a baton movement. Pedal still functions here to change the tempo instantly. These movements are for conductor’s practice, mirrored versions are available to provide a view from the musicians and audience.

In Dynamics Mode, Lyra analyze incoming sound signal and provides objective dynamics information of the music being produced by the player, or from other sources. Though visual feedback, players can practice, compare or try to imitate master’s performance with more ease.

With complex Fourier transform it is able to track strong rhythmatic beat. This will be useful for certain types of instrument such as drum. The player can directly visualize the rhythm he is performing, or compare to a tempo display together to improve the skills.

It might also work with other instrument types, while more intelligent algorithm needs to be employed to get a good result.

Control of Lyra will be actualized by an upgradable software interface on touch-screen such as iPhone/iPod and devices like MID, offering quick and ease control for different functions.

The working prototype mainly shows the display panel of Lyra, it comprise 3 times 13, totally 39 units. In order to present the best result possible, 39 large bright LEDs are used for the working prototype. 2 layers high-quality diffuser are used to make the light property closer to OLED

The prototype system consists of a computer with microphone, a control box (consists of Arduino Mega board and other minor electronics), a Pedal and the Display panel. The MAX/MSP program will take control and Arduino act as a hardware interface between the software and the lighting. Two 25-way cables are used for connection between the display and the control box

The display panel uses cutting-edge glass type OLED panels; it has a resolution of 13 X 3, totally 39 white illumination sources in a single glass panel. Color and shape for each-unit is irrelevant since movement pattern is the essence of the peripheral vision

13 horizontal resolution is perfect to display 2, 3, 4, 5 and 7-beat time signatures sequentially in an even spacing, while 3 vertical resolution are used for more spatial display for dynamics and conductor-movement

Unlike LED which is directional, OLED is diffuse, subtle and soft, sometimes described as a ‘light cloud’, ideal for generate ambiance and in this case, peripheral vision With ultra-thin layer which is less than 1.8 mm and no heat emission.

At vertical mode, the front structure of Lyra is designed to be able to hang on most the music boards belongs to either music stands or grand pianos, up to a maximum thickness of 1 inch (2.54 cm). When the base is sitting on the edge of the music board, the lower structure push itself against the back of the board thanks to the horizontal gravity component resulted from the weight of the arm and display.

The software itself, along with the firmware inside Lyra, can both be upgraded to provide improvements and new functions. Lyra can be connected to a computer via mini-USB cable, or the USB-adapter for power source. The pedal will be connected to the adaptor; a wireless version could also be available. 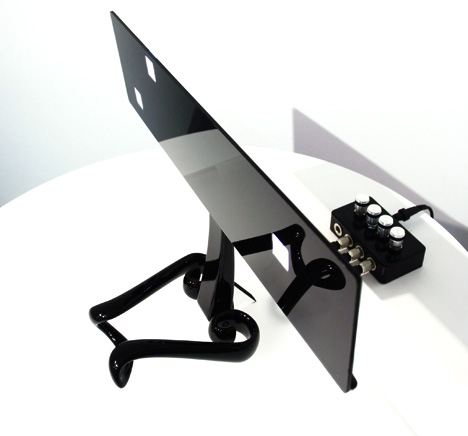 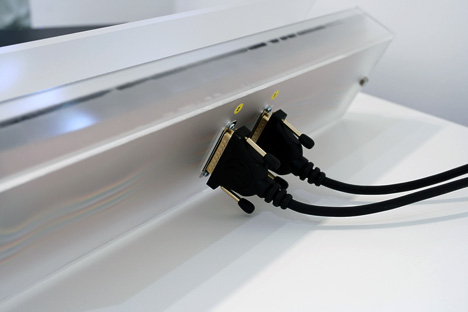 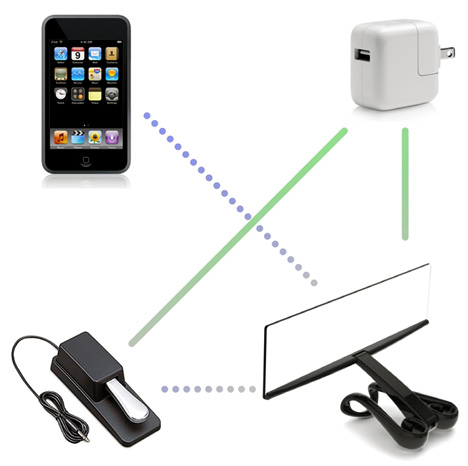 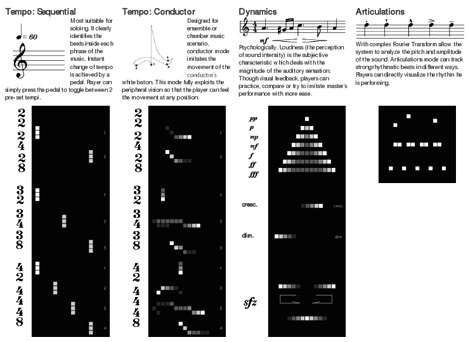 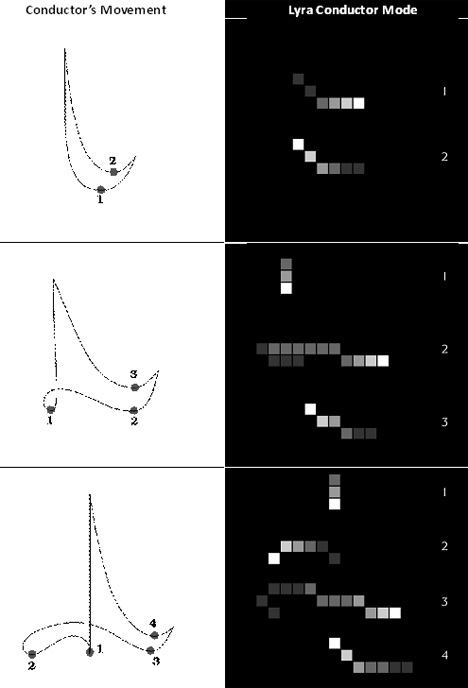 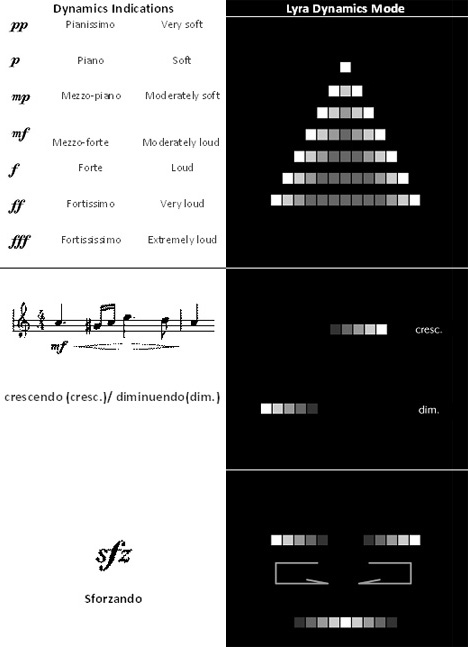 The future of car-charging is freaky!

The Safe Guard is a life buoy to be used by people who don’t know how to swim, but need to help rescue a drowning…

The Ochs & Jr. Watch tells time from two zones on the same face

Ridiculously simple, and equally beautiful, Ochs & Junior’s watches are purposely uncomplicated, standing out against a sea of extremely intricate and complicated watch constructions and…