He wont mind. Often in history, mashing two things together, furniture pieces, silverware, counties, anime characters, has been the good idea. No exception here. My grandmother has a grandfather clock that’s worked since the 1950’s – but not for carrying books n’ stuff. This new design, the P-Bookshelf, still has the clock, has new shelves, looks modern and could have the same method of distribution if it wanted…

Distribution of my grandmother’s grandfather clock went as thus: see the ad in a tin of oats, send in the order form and some amount of money through the post office, and receive the whole clock via the post. You put it together yourself. A grandfather clock!

This P-Bookshelf doesn’t look to complicated for that, ya think? Even if not, it’s pretty, isn’t it? I’d use one fo-sho. Designer Yar Rassadin with the flavor. 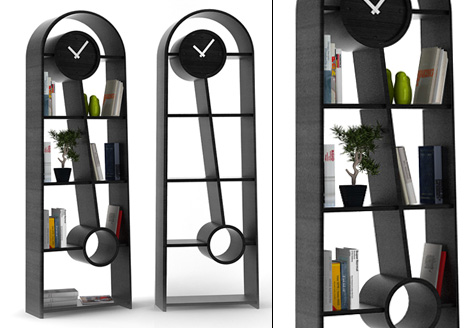 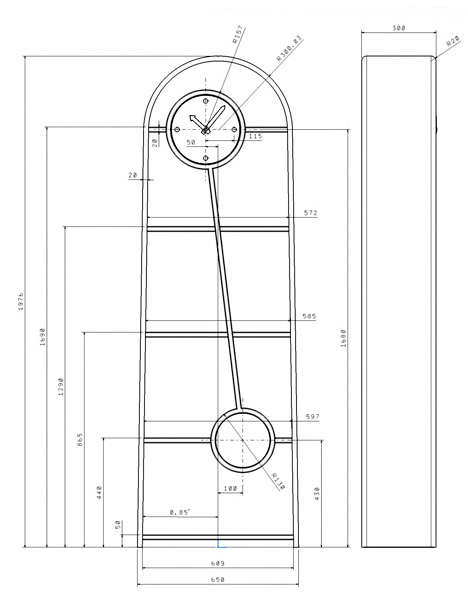 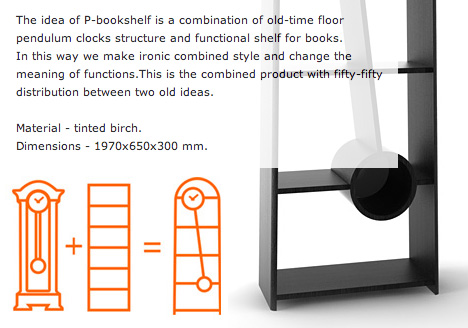 When it comes to stationery, it often seems that demand overshadows artistry. Noisy, plastic pouches lined with ten or more plastic pens fill the bags…

Exhaust fans in bathrooms are a necessary evil that many interior designers struggle with. There is a way to make them invisible and completely disappear…

It’s a desk, but it’s also a shelf… but what is it more of? That’s the precise beauty of the Twofold. It can be both…