Looks like not being Chinese means missing out on a lot of fun, I don’t even know what Jiong is! Apparently its a Chinese character that sports a half-smiling and half-fainting face, and is very popular on Internet. People use its caricature as an emoticon to display shock and dramatize a situation. Designer Haikun Deng plans to make a drama queen out of Jiong cause she has fashioned it to “commit suicide” if you slam the door shut! SLAM and the [email protected]@dy door knob hits you hard in your hands!

I Just Died In Your Arms Tonight (centrifugal force in action), much like an emotional actress!
Pop it back into place after you kids have had your tickles! 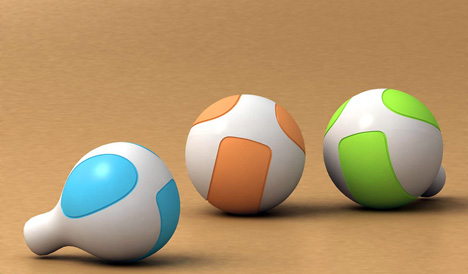 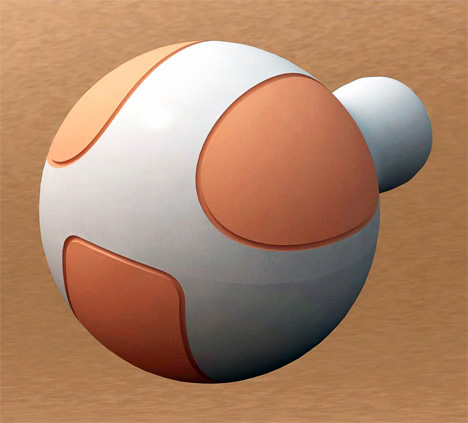 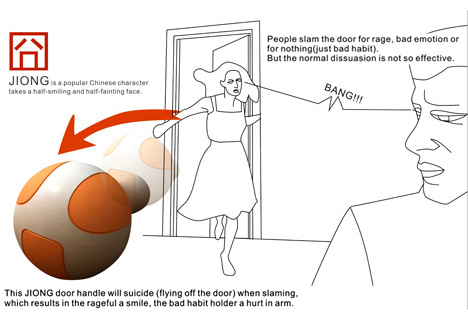 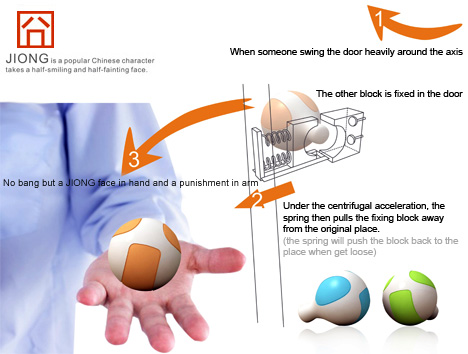 A ladder to make neighbors jealous

You’ve probably played the board game Snakes and Ladders before. Here’s a ladder with a new personality. It can coil up like a snake.! Now…

Icebear, Waste Not Want Not

Originally commissioned for Valgeir Sigurðsson Greenhouse in Iceland, Icebear is a limited edition fur made from pelt scraps in 10 shades on arctic white. Really?…

Determined to be more than just a trophy and a name, the A’ Design Award and Competition wants to be the international standard for good…

Winner of the GOLD Prize contest by Aisin Seikin, the XL table concept sewing machine is designed to look like a piece of purposeful decor…