Kengo Kuma has designed two prefabricated houses for Muji  They are small, simple, beautiful, can come in many variations, are made of standardized kits of parts, and are generic in a very Zen kind of way.  Just like the rest of Muji’s stuff!  Both house prices start around $200,000 USD, so it’s definitely the Muji of architecture.

The Window House (or House of Windows, there is no official translation of the web pages) is based on the idea from feudal-era tea houses where the windows are placed to give strategic views outside, like picture frames, and are mounted low, so that the views are best enjoyed when you are seated.  In addition, the house has several internal windows that allow you to peek through to other rooms in the house.   The window locations are variable, so you can adjust the design to suit your specific site and living tastes. 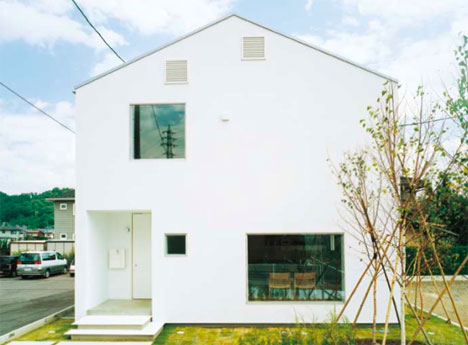 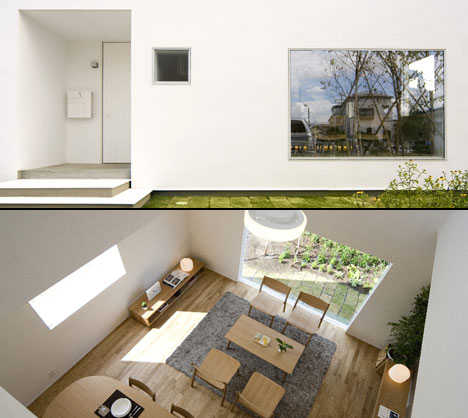 The Tree House (House of Trees?) has been built many times and this page describes , in pictures, the incredible variation the Muji houses have.  It is designed to harness natural light and energy.  From the looks of the diagrams , the floors receiving direct sunlight absorb the energy and radiate it back into the house.  The house has a open interior balcony to introduce cross breezes combined with a chimney effect.  In addition, energy-efficient materials are used elsewhere.

Of course the houses look great with Muji stuff in them.  But Muji seems most focused on the relationship to the Japanese Industrial Arts movement in the early 20th century. These houses are studies in combining traditional Japanese house craftsmanship with an industrialized construction industry.  The kit of parts include simple wood beams with a machined connection system (worthy of being openly framed) that are also earthquake resistant.  In addition the system allows for the house to be modified or expanded in the future.  If you were ever going to buy a house for someone, this is a great way to do it.  Kengo Kuma’s greatness with Muji’s refined simplicity. 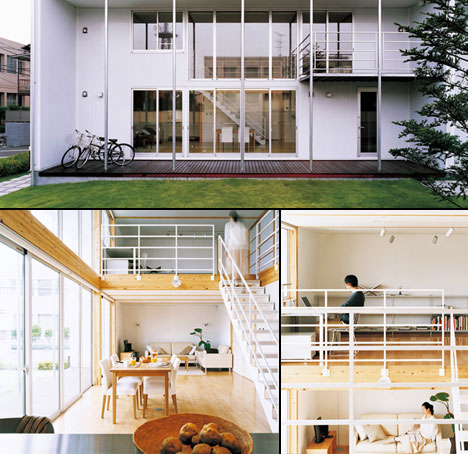 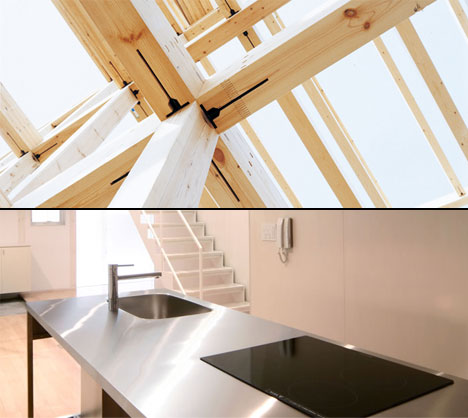 The B Stop isn’t your average, boring bus stop! This modern take on mass transit stations aims to provide a pleasant waiting space to with…

These volcanic stone cabins merge with the pre-existing trees to minimize the home’s footprint!

In response to the world’s climate crisis, architects have been designing homes and cabins that leave a small footprint on the area where it’s built….

A hospital must adapt to its requirements. In the event of a physical natural disaster, the Emergency Rooms would get occupied, but in that situation,…