Wacom graphics tablets have always been in a league of their own. If you are looking for a professional tablet it’s not a question of what brand to buy, only what model. The Intuos range has been a solid choice for many years offering the portability the Cintiq 21 couldn’t. The Cintiq 12WX however created waves on its release as it made the Cintiq 21 technology portable for the 1st time and did so at an impressive price. Here at Yanko we have been reviewing the Cintiq 12WX for over 6 months and have become quite fond of it to say the least.

On initially installing and plugging in the Cintiq 12WX on Windows XP, things were a bit of a battle. Windows didn’t seem to like the new peripheral too much, and toggling between displays was a bit awkward and not as intuitive as a simple 2 monitor set-up. Thankfully though once all the settings had been optimised things ran well. Using it on a Mac was a impressive, with setup virtually non existent and the two displays working in perfect co-operation. (If you are using a Mac you will need to buy a mini DVI converter).

In use there is a slight gap between the tip and the pen and the display when you draw, which allows for parallax error. Due to this you need to calibrate the Cintiq 12WX to your drawing style and the position that you hold your head so your lines appear where they should. Once this is done there are really no problems, the gap becomes more or less negligible.
The Cintiq 12WX has impressive tech specs and features nice resolution for a 12” and sharp display. There is no lag between pen tip and screen even when drawing at insanely fast speeds at high resolution.
The list of applications that support Wacom tablets is impressive and ever growing, though my personal favourite is the humble Autodesk Sketchbook Pro, which is what I’m referring to for the majority of this review. It is of course functional in all situations, and applications that feature streamlined keyboard shortcuts such as Bunkspeed’s Hypershot.

Once you start drawing the benefits of a tablet display are clear to see. The feel and experience is second to none, and productivity increases markedly. There really is no point in comparing it to an Intuos or an RSI inducing brick mouse. Plastic rulers and drawing templates can be used directly on the screen without fear of scratching or damaging the glass surface and the touch strip/buttons are a productivity enhancing joy. Cintiq tablets include an additional shortcut button for toggling between screens which makes it easy to arrange tools and palates on your main monitor and use the full 12 inches of real estate for your canvas. The only function I miss is the chisel tipped pen nib you get with markers. Wacom does make an “Art Pen” which is designed to take care of this. My Copic markers seem resigned to their fate. If you prefer the upright position of the tablet for general use, the stand will allow you to change to and from the 2 positions during use with minimal disruption making it possible to reap the benefits of rotating the tablet even if you prefer this upright position.

When the tablet 1st arrived I was instantly underwhelmed by the rotation mechanism on the underside of the tablet. I had envisaged a small separate base with integrated cable that the display would rotate on. What I saw was a rather rudimentary hemispherical foot in the centre that simply provided a pivot point for everything to rotate on. This I thought presented the following issues;

On using the Cintiq 12WX these fears were mostly allayed. However it is still true that rotation can only be done in the flat position, and that the cord occasionally gets in the way if you rotate the tablet frequently. On that note, the cord itself is rather thick and rigid, no doubt due to the number of cables running through it. Though it is much more desirable than having several thinner cords to accomplish the same task.
The stand appears to be a solid aluminium pressure die-casting, has a lovely feel and is rock solid in the upright position with all the parts finely toleranced resulting in a beautiful fit and finish. Part lines are small and more importantly placed off the front face so your hand wont catch in them during use.

The Cintiq 12WX is essentially an LCD monitor with a built-in Intuos 3, so you could expect it to be a little more cumbersome than an Intuos to transport to and from the office on a regular basis. However I was surprised to find I could fit everything in a standard laptop bag with room to spare. If you look at the technical specs you will see that at 1.8 kg and 17mm thick it is both thinner and lighter than a 13” Macbook. There is however a standard power brick as well as a plastic box which is presumably related to the display. The result is a bit of a wiring mess that somewhat reduces portability.

In short the Cintin 12WX is a serious tool with some serious benefits. For the professional designer the pay off period is very short and the question of whether to purchase is a no brainer. For the student it is a good investment for the future and will certainly prove its worth ($999 USD). 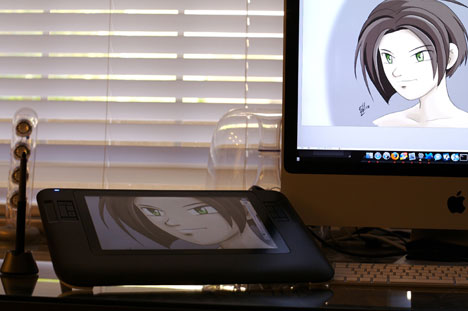 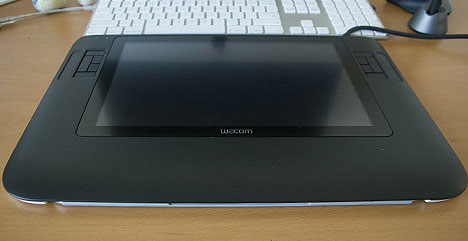 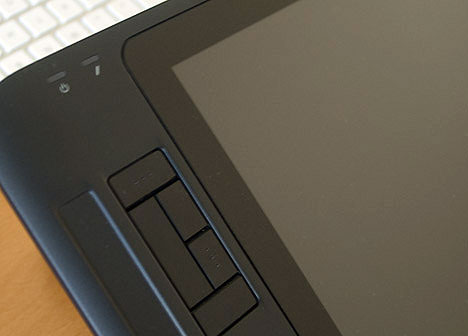 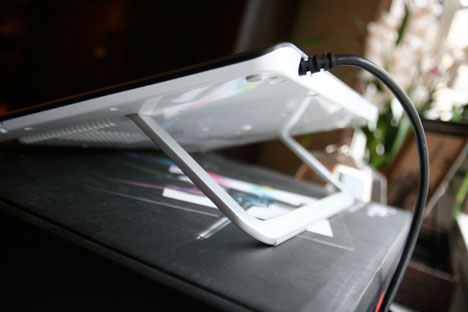 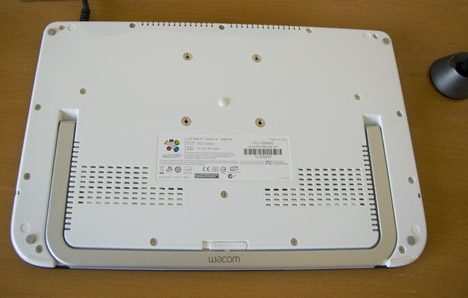 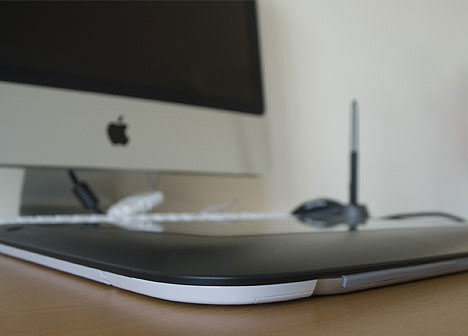 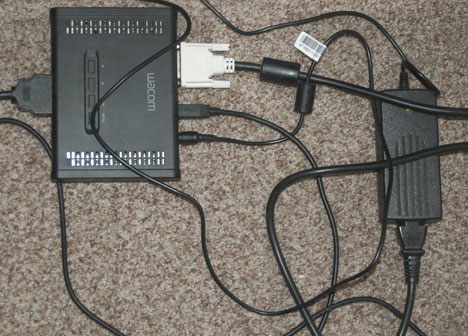 BEAMERCUBE promises instantly immersive gaming or movie-watching with just one click! Similar to Microsoft’s attempt at Illumiroom, the device has a short-throw projector for video…

There is soon to be a flood of new mobile phones to hit the street using Google’s new open source Android OS platform. RKS design…

When it comes to the security and safety of our home, that is something that cannot be joked around with at all. Our homes are…