Rubbed my eyes twice to make sure it wasn’t a mirage. That really is a Volvo – just a concept (an S60 to be exact) but one the venerable automaker says demonstrates their future design DNA. Odd, I don’t really see anything ground breaking as far as concepts go. Its got the typical curves, fender flares and oversized tires synonymous with concepts. Still the fact that it’s a Volvo, and in comparison to the current S60, this is a huge change.

Some interesting tidbits about the S60. LED head and tail lamps, crystalline accents, sustainable materials (leather is soooo 2008), no B-pillar, and get this; a gear shifter that switches between automatic/manual by turning it 90º.  Of course it wouldn’t be a Volvo without safety innovations and this one has a boat load of ’em. It features Volvo’s Collision Warning Auto Brake system which is supposed to reduce pedestrian accidents. As the name suggests, if the car detects a person walking in front of it, all 4 brakes activate. The system will be one of the few concept technologies to make production into next year’s Volvos. They’ve also dramatically improved their Auto Cruise Control technology which almost drives itself. By calculating the distance and speed of the car in front, it can adapt right down to a full stop.

A sign of the times, this S60 has a small 4-cylinder engine galloping 179 ponies. Not exactly chump change but not a beast either. The smaller engine gives it 47 miles to the gallon while keeping emissions to a scant 120 g/km.

The 2010 Concept Volvo S60 is set to make its official debut at the 2009 Detroit Auto Show. Just for sh*ts and giggles, below is the current 2008 S60. One question, do you think this new design direction retains any of its Swedish roots? Some are saying it’s very much the American interpretation of Japanese auto design. 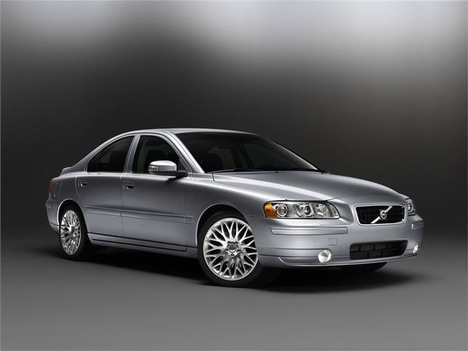 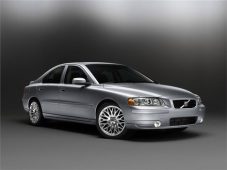 Out of more than 4000 entries to the Red Dot Design Concept this year, the Hyundai Design Center (the in-house studio for Hyundai Motor Company)…