Mobile phones are at their core, a means of connecting people to one another, and designer Rahul Sen has striped back the phone to this core element and created what he calls “Loops of Faith”.

The Nokia bracelet concept was finally born out of a convergence of a Rahki bracelet metaphor with a Buddhist prayer wheel metaphor. The system was inspired by what exists today as customs and traditions in the digitally excluded countries of the World with the hope that it would serve the needs of millions of digitally illiterate people all over the World who have little faith in technology.

The Bracelet, could be likened to a mobile phone in itself, is made of a simple foam body with an OLED as the main surface. The form is a derivative of the outer surface of any cylindrical form or its modulation. Each Wheel could be likened to a SIM-card on a mobile phone and establishes a connection with the parent Bracelet and the tower to which it is docked. The wheels have a recessed surface which can clasp the Bracelet whenever needed. It also has an OLED surface to complete the communication from the parent bracelet. A bracelet could be connected to numerous wheels in different places.

The Rakhi is a form of traditional friendship bracelet, where a brother ties a sacred thread around the wrist of a sister. The knot is a symbol for connection. (though it’s also done between close friends) A Buddist prayer wheel is a central pole with cylinders slotted over the top inscribed with prayers around their circumference. Passers by spin these wheels in an act of goodwill, believing that it reverberates the prayers to the rest of the world. 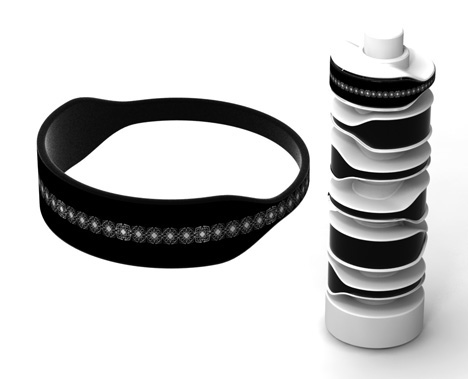 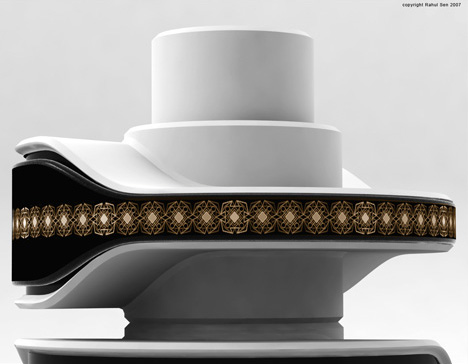 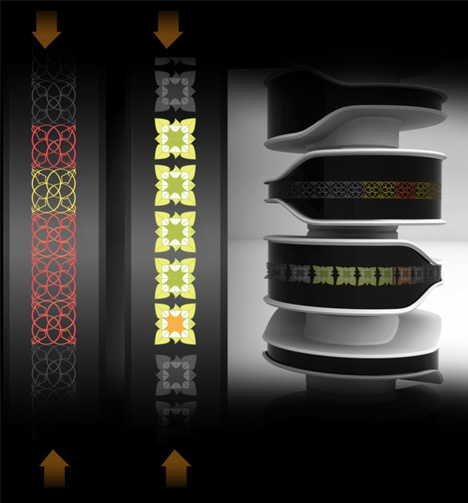 Are you one of those people who hates touching the faucet after you’ve washed your hands? Mind you, it’s a little OCD, but totally makes…

Do You Have The Right Sexy Tools?

I didn’t know tools had to be so sexy (think Mike Delfino), ah naughty minds! I’m talking about this REPÄIRE TOOLSET; handy dandy and smart!…

I work from home and as many may have seen I have an open desk in a secluded room. Not all working-from-home people are blessed…