With the tongue only slightly in the cheek, I must say the Pendant does sound like an awesome lamp to have if I were to life in an Artist Loft (large box rooms for artist living) in my city Minneapolis. As soon as I’m rich enough to live in one, I’ll pick up a Pendant Light immediately.

The designer of the Pendant Light, aka Bag Stuck in a Tree, Ed Vince, says the following:”A bag stuck in a tree is merely a bag in the wrong context. It is a common occurrence in an urban environment but one that is often overlooked and unappreciated. To see it blowing gracefully in the breeze, filled with the warm glow of the sun behind it can be quite mesmerizing. I wanted to capture this moment in its entirety by suspending the branches in space, so it appears to float, completely detached and isolated from its surroundings, almost as if it had been cut from a tree and placed inside. The branches have been rendered in a stylized, almost abstract form to exaggerate the re-contextualization of the object itself and the colour selections help to push this further. Using a real plastic bag as the diffuser enables the mood of the room to be altered simply by replacing the bag with one in a different colour or graphic.”

One man’s tree trash is another man’s luxury designer lamp. 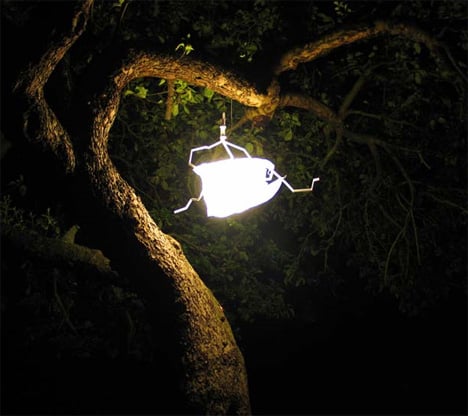 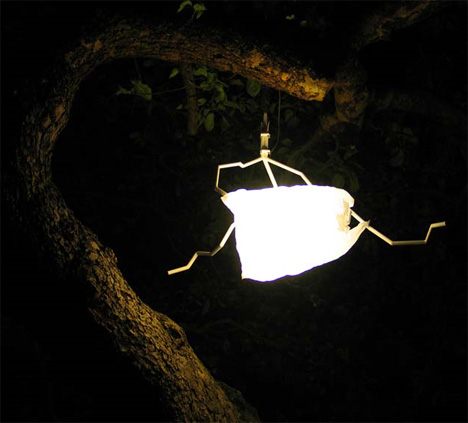 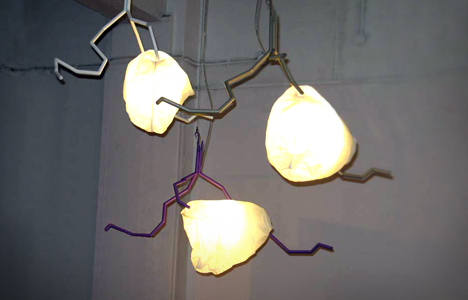 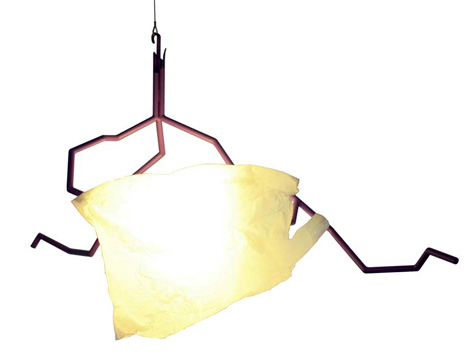 The modern day phone isn’t ergonomic. No person in their right mind would make a device with a 6 inch long touch-screen when the human…

A Spot Of Tea

A better and bolder teacup set. The T-Win Demitasse Cup looks strangely alien to me for some reason yet the only things different about it…

How About A Light Here, There, And Over There Too

Ever wish you could untether your lamp and move it around at will. Be it a little party you’re throwing or just to change the…

Oh boy, this Plug Cup is going to make me lazybones. Ever since I’ve laid my eyes on it, I have wanted this concept to…