I’m not talking about the song Kermit sings, but about the colorful design by Christian Flindt – Parts of a Rainbow. These modular stackable chairs were not created to just stack on top of each other, but were designed to stack sideways. By stacking them sideways, the chairs can then be used as a colorful bench. Parts of a Rainbow are certain to be the most admired and talked about item at your next friendly gathering. Made from acrylic plastic, Parts of a Rainbow chairs won the Design Prize 2005 at Copenhagen. 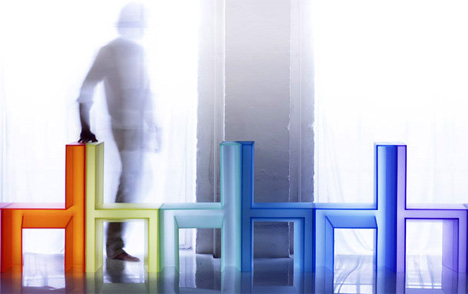 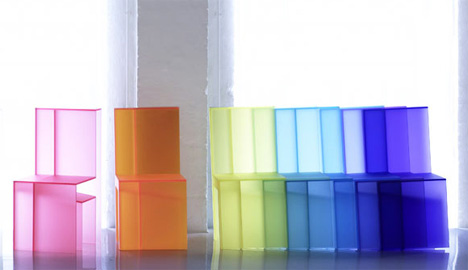 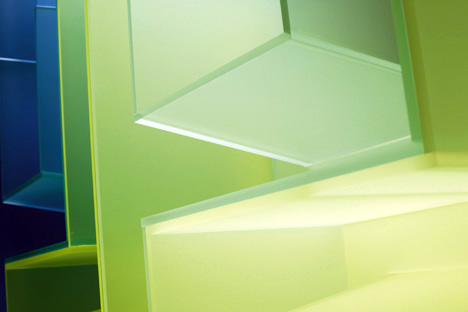 What can YOU Do with 48 Hangers?

Have you ever found while looking through your closet a bunch of hangers that have no clothes on them? Normally, we throw them away and…

Acrobat is a multifunctional storage piece that combines the safekeeping components of an entryway table with the hanging function of a coatrack. As we continue…

The REK Bookcase Junior was designed to grow with your little tot! The 5 part system utilizes a unique S-shape design that makes it easy…

Futuristic yet oh-so-refined, the Axis lounger redefines modern luxury with its avant-garde base and polished pillows. The design takes inspiration from military aircraft and its…