Lately Monsieur Starck has been taking a well deserved bitch slapping by us fun loving bloggers for his proclamation that “design is dead”. He quickly contradicted that notion with his recent announcement that he is launching a new reality TV series for the BBC all about the design process. Well P. Starcky you may have redeemed yourself just a bit with your latest “dead design” called ‘Democratic Ecology’. This transparent mini-turbine/windmill can generate 20-60% of the energy needed to power a home, at a price point of around $633. Sure it’s not the most efficient windmill out there but it is a step in the right direction. Try to ignore the fact that The turbine was on display in an pop nightmare cube decorated with green rhetoric, clearly intended to maximize the turbine’s aesthetic potential. Kudos to Pramac, a company better known for oil and diesel generators helped with the technical aspects of this design and have clearly been bitten by the green bug. OK Phil, you have been granted a reprieve by at least me, you may continue to create some good karma for yourself. 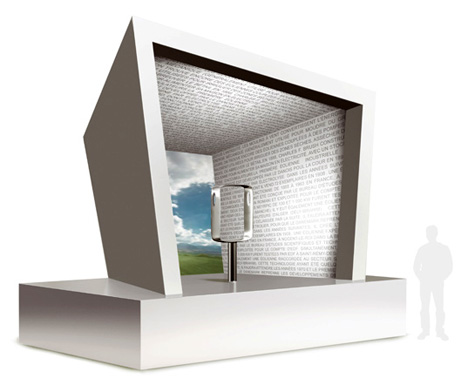 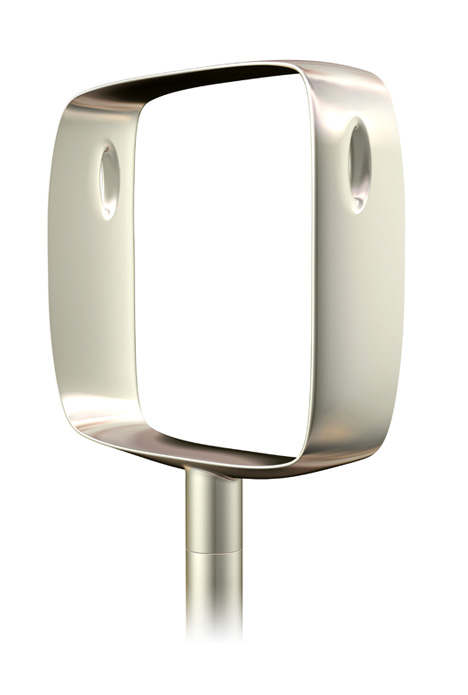 Everybody had them or at least seen ’em. Slap bracelets were usually made of thin piece of aluminum wrapped in fabric. Using the same form,…

The Open Sight is a navigational aid for bicycles that imbibes a safer approach towards riding than traditional gadgets. The case point made by the…

Inspiration can be taken from anywhere, and this can lead to beautiful designs that are both unique and visually interesting! This is certainly the case…