Hey, Let me just say I give props to anyone out there thinking green and trying to make the world a better place through design. That being said, mad props to designer Shiu Yuk Yuen. She is out there fighting the good fight, and her latest design inspiration may be a bit of a mis-fire(in my opinion), but still deserves to be dissected, praised or criticized with the best of them. Her “Eco-Brolly” umbrella design might be more aptly named an UNbrella. This “UNbrella” design has you running to find some um… protection, when you need it the most. The idea was to reuse discarded newspapers as the canopy for your umbrella skeleton, therefore making this design “green.” My only issue with this is that if you can’t find a discarded newspaper, you are left just wet, not green. Issue two for me, I am always using my umbrella to break my fall when jumping off of building or falling from the sky, or on my way to work babysitting British children…this just won’t do the trick. Cheerio! 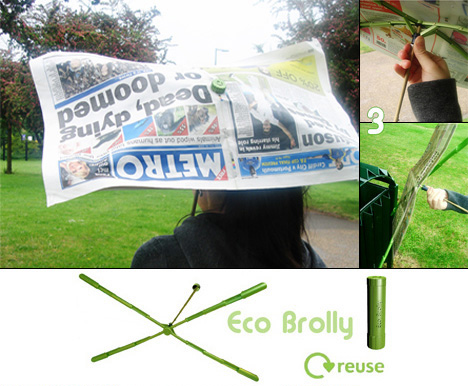 This umbrella can re-use and adapt objects such as newspaper, card, and plastic bag and turn it into an umbrella. It can re-use whatever the consumer thinks of reusing. It is a supporting devise when it rains, all the user has to do is unscrew the top lid, poke the lid onto the middle of the newspaper, quick screw to secure it & open it out like an umbrella! 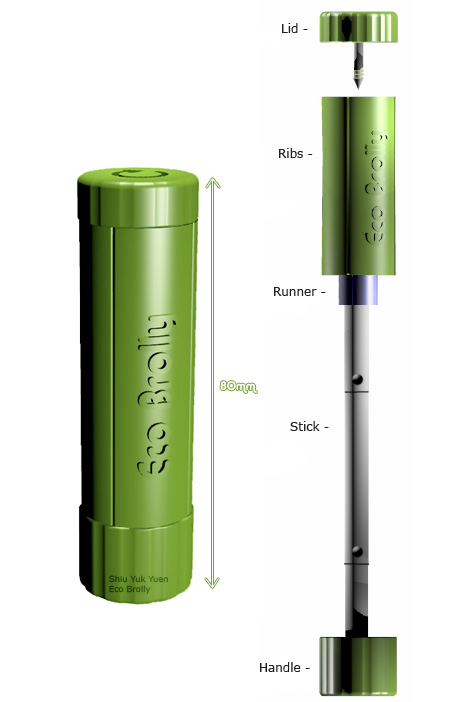 It is used for short distances, but it can be used longer, by clipping the clips at each end of the umbrella onto the newspaper to stabilise it. It is pocket size, lightweight aluminium, suitable for Britain, where the weather is unpredictable, especially for Central Londoners, where free newspaper is available.

This smart-speaker is designed to look like a house-plant so it blends into home-decor better!

When Google launched its first smart speaker, the Google Home, in 2016, the design team spoke about how they consciously chose materials and color palettes…

Winter is round the bend and soon my cravings for something warm to sip will increase. Taking this into account, the ‘With Me’ stick is…

There have been several occasions where I’ve walked out of the house with just my iPhone and forgetting to carry cash or cards. Trivial as…