We sighted people take for granted how much easier we have it. Even the most basic necessities in life like telling time are an after thought since it’s common and comes naturally. Where does that leave people with vision problems? Designer Arnaud Lapierre (love the name) designed a prototype watch in conjunction with Swatch. The end result is a double ring ceramic device that tells time by touch called Sens.

The 12 hour point is marked with braille so you can identify which way is up. The upper most ring tells you what hour it is simply by its distance from the 12 hour marker. The secondary clear ring is your alarm. It’s distance from the upper ring denotes how much time you have left to sleep. It’s also a way to set the alarm without having to see the device.

Although Lapierre designed Sens for those with vision challenges, I would love to have something like this under my pillow. Or better what, what about a portable version that can be worn as a watch? 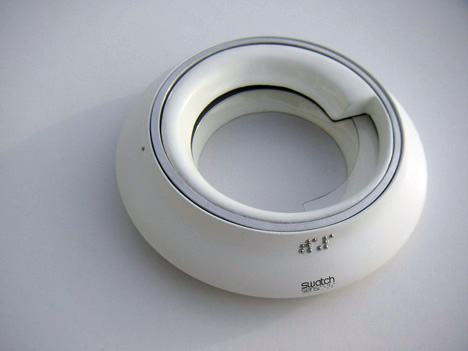 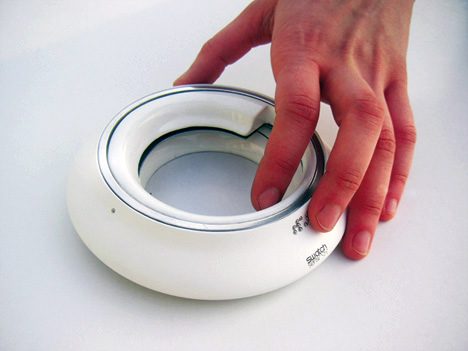 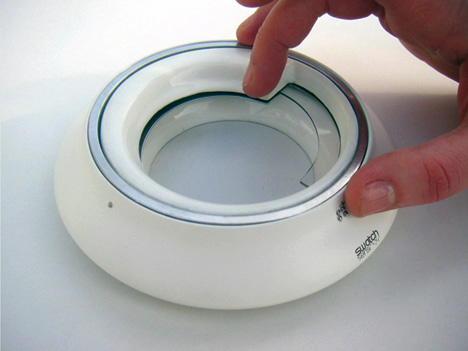 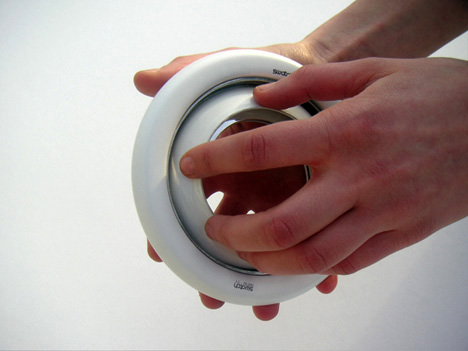 An imperative question when you are looking for some free internet access! I have a device for you here, that will turn you into the…

If your precious little phone can have its own protection case then why can’t your uber-expensive camera? Come rain, come snow, the Agua is to…

This tiny home is actually a sustainable luxury cabin that can be configured in 20 different ways!

Please join me in dreaming about the rest of our lives living in our Casa Ojalá units. This dreamy circular tiny home is actually a…

If you’ve flown with luggage then you’re familiar with the fear of your bags being too heavy when they weigh them at the kiosk.  There’s…