Cape or coat, however you look at it, the Courtship Jacket designed by Christopher Eves encourages the wearer to share his/her feelings with another. The design plays off the cliche of courtship rituals long past. Well here’s a new one. See someone you want to get close to? Open up and let them in, literally.

Below is a statement from the designer:

I am interested in creating a lasting bond between user and garment, and thus enhancing sustainability. I have been investigating longevity facilitated by functionality. I’m curious of the effect that the functionality can have on emotional attachment relative to the memory of the interaction with the garment. A surprising interaction creates a story of the experience in the user’s mind, therefore creating an emotional attachment and a stronger memory of the object through the story of the interaction.

The project ties in with male and female courtship rituals enhancing the stories that can be attached to the garment through the interaction of functionality. Playing with clichés and observations coupled with courtship behaviour, highlighting values and concerns. 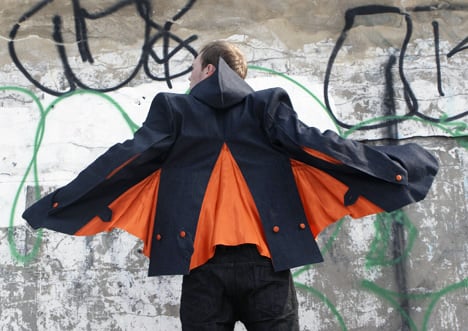 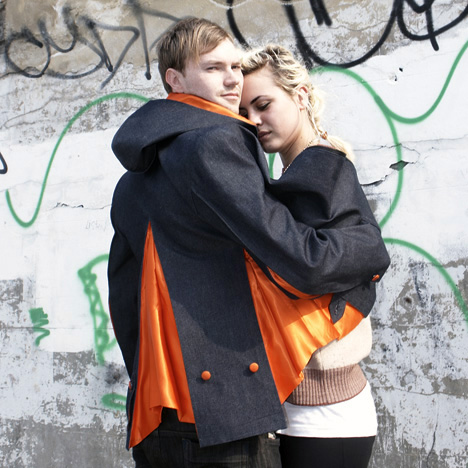 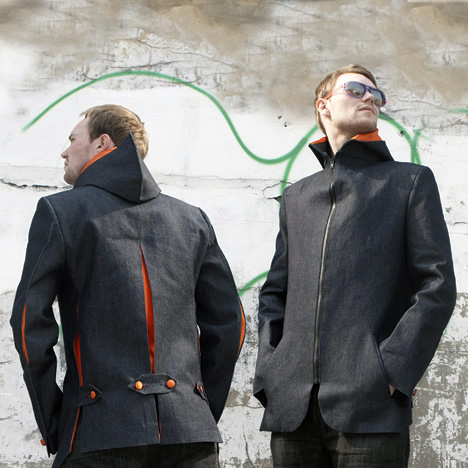 The Foldable Dress for the Minimal Traveler

Taking the art of origami out of the limitations of paper and bringing it to fabric, Angela Wang’s Origamei project makes outfits and clothes foldable…

Organic Baubax Travel Shoes made from coconut, bamboo and wool

Earlier this year, Baubax set on a mission to revolutionize the fashion industry with clothes that put comfort beyond everything else. The Travel Shoes represent…

Thread that Lights Up

Illuminating! LT, look at this! London based textile designer Kathy Schicker’s got a fabulous collection of color changing and light emitting textiles. No joke. Some…