With the new Civic Type R, Honda has gone down the admirable route of ignoring the current horsepower battle and choosing character and poise. That’s not to say the new Type R isn’t fast – it’s enormously rapid.

Looking – and acting – like an angry scarab beetle, the 3-door hatchback scuttles around corners as if it was shod with dollops of glue, with an absurdly flexible engine and a gear shift so precise it’s like flicking a well-lubricated light switch.

Hot Hondas are always in danger of succumbing to the unwelcome attention of modifiers, but this is more grown up: a hot hatch for the Gatso generation. And don’t forget that the wedge-shaped Civic has been crafted with such angular precision that the boy racing fraternity will have a hard time sticking any more spoilers on it. 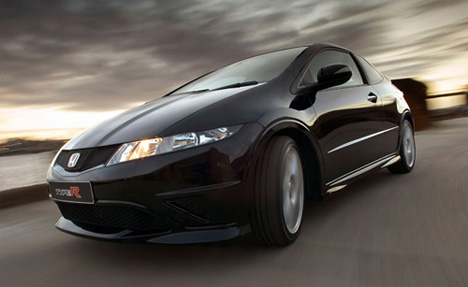 Inspired by the infrastructure of the internet, Moving Platforms is a completely interconnected rail system where local trams connect to a network of non-stop high…

Vespa is a brand name that immediately brings an exact image to mind. All it takes is the word and we see Audrey Hepburn smiling…

If you were ever a fan of Buell’s motorbikes, you probably weren’t to happy to hear them being absorbed by Harley Davidson. Erik Buell (founder…