Architect says London could meet half of energy needs by installing thousands of wind turbines alongside rivers and roads.

A team including MBA, environmental consultant XCO2 and engineer Price & Myers claims that half of the mayor’s aim to generate 665 GWh per annum from renewable sources could be met by placing one specially-designed wind turbine every 24 hectares.

The team has calculated that 600 structures could be placed along the length of the Thames, 1800 around the M25 and 4170 along 580km of roads in the capital.

The turbines the team is proposing are 40m high, Y-shaped structures that should rise above the city’s rooftops. Each one would generate over 50,000kWh per annum and would be directly connected into local grids. 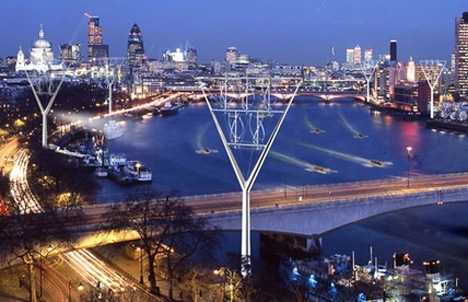 We’re gonna have to look into why we’d never ever heard of this before, but suddenly life seems meaningful now that we’ve discovered “Infinity”, a…

Raw Images? How about a Raw Camera!

With the popular rise of Buzzfeed’s Tasty, Goodful, and Nifty videos on social media, we’ve gone from becoming just consumers to DIY enthusiasts. The concept…

Always Take The Weather With You

Love the song and the deep meaning of taking the weather with you, albeit only if it’s sunshine and cheery! The thing with weather predictions…

Brew and enjoy a Starbucks-worthy coffee experience with these product designs!

As much as I hate to admit it, I absolutely cannot start my day without a freshly brewed cup of coffee! It’s the boost of…