Hotel Puerta America is a new radical design hotel in Madrid. A different architect/interior designer of international standing has been commissioned to create each floor of the hotel, giving free rein to their creativity in the development of the rooms and floor as a whole. The list includes Foster and Partners, Zaha Hadid, Chipperfield, Jean Nouvel, Arata Isozaki, Ron Arad, John Pawson etc. The hotel has 13 floors with 30 rooms, 1200 sqm per floor. Plasma Studio has been commissioned for the fourth floor.

Hotels are usually characterized by linear bands of repetitive units with resulting anonymous undifferentiated corridors that contrast with the hotels’ ambition to treat each guest as an individual. For the design of level 4 of Hotel Puerta America we used this repetitive rhythm of partition walls, service ducts and entrance doors as a sectional framework from which a differentiation of the corridor skin was devised. In other words the perpendicular partition walls were pulled along their axis, while the entrance doors produced resistance. In addition to this radical geometric formation we introduced a colour gradient as an LED light seam that gradually changes. In this way each section of the corridor has its own unique character. Its colour is continued into the adjacent rooms so that guests develop an intuitive sense of their place within the whole floor. 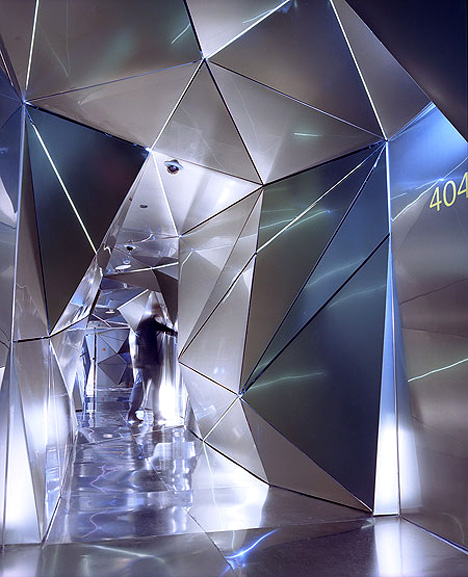 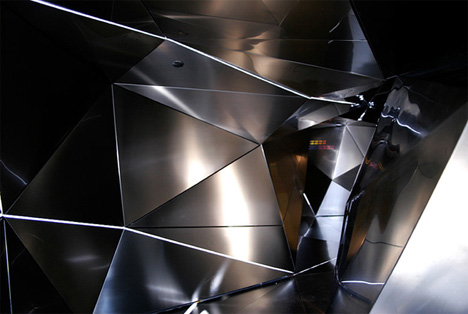 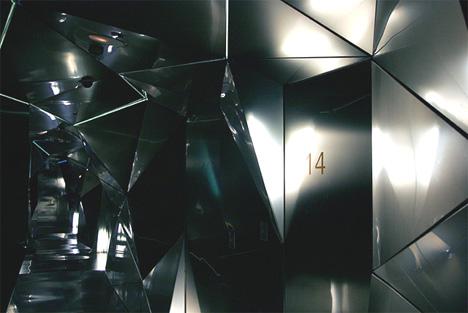 Bangin’ Music Parties Coming to a Spot Near You

The PodSpot is one large industrial sized speaker system designed for your wee iPod – or any other Mp3 player for that matter. It’s splash…

The chair is about the connection between physical movement and you visual perception of it. The light in the chair is activated directly by the…