Battery operated LED light that can be recharged by physically rotating a generator. The lamp is independent from any power supply, doesn’t need any external source and runs exclusively on renewable energy. The lamp has to be mounted on the wall or a pole. A mechanism, similar to the old clock-winder system, provides a rotating motion to charge the battery. The downwards moving weight turns the generator as the handle moves upwards at the same time. After this, the handle has to be pulled down again. This has to be repeated until the battery is recharged. 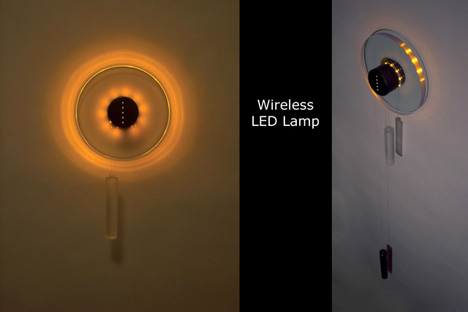 Snakey Cam Gets To Those Odd Angles

Fleksimus Camera features a flexible tube fitted with a lens on one end, while the other end hooks on to a compact viewfinder or 3”…

The Flx borders on super sexy and exquisite! It’s the kind of phone that every technophile dreams of. Sleek looks, awesome user interface and even…

IKEA subtly redesigns its products for each country/culture

With its first Indian store launching only a day ago, IKEA proved that it understands its consumers and environment better than any other company in…

An Array Of Starts To Tell You The Time

The perk of being an editor is that I get to sift through the most humorous, tedious, boring and musical description that accompany concepts from…