YouTuber Dave2D got his hands on a dummy unit of the alleged Pixel Fold and here’s everything we know… and feel.

First off, this isn’t even scandalous anymore, given that Google has perhaps the worst track record when it comes to keeping upcoming smartphones a secret. Last year, the company prematurely revealed what the Pixel 7 would look like just for kicks, months before the phone actually launched… so when I see a YouTuber talking about ‘credible leaks’ of Google’s next product, my best bet is that they’re as credible as it comes! Anyway, earlier last year Jon Prosser debuted renders of the highly-anticipated Pixel Fold device, and it seems like Dave2D’s latest video confirms everything we know. Google IS indeed working on a folding Pixel smartphone with an inward-facing foldable display. Although just a 3D-printed dummy unit, Dave2D’s prototype is surprisingly slim, and has a shorter, stouter form factor, similar to Oppo’s Find N2 device. 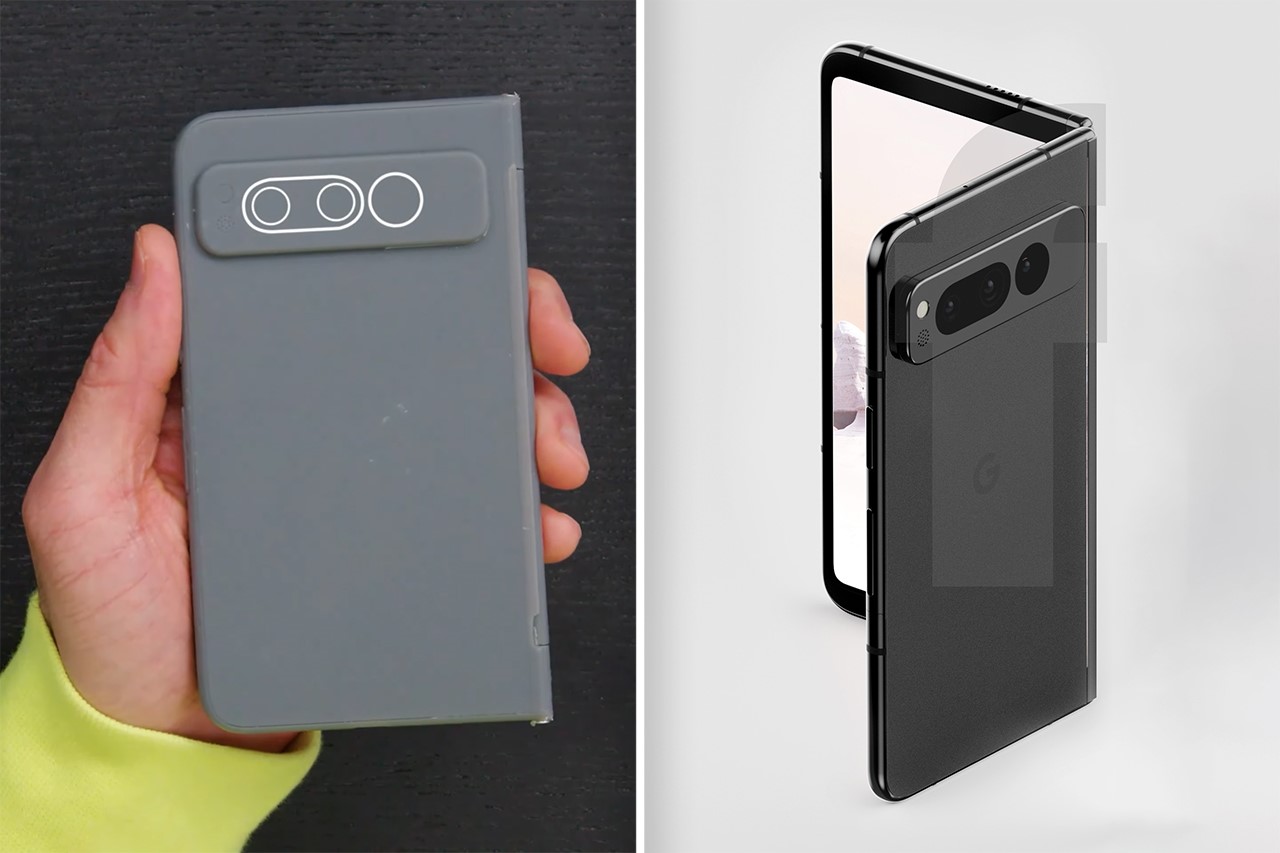 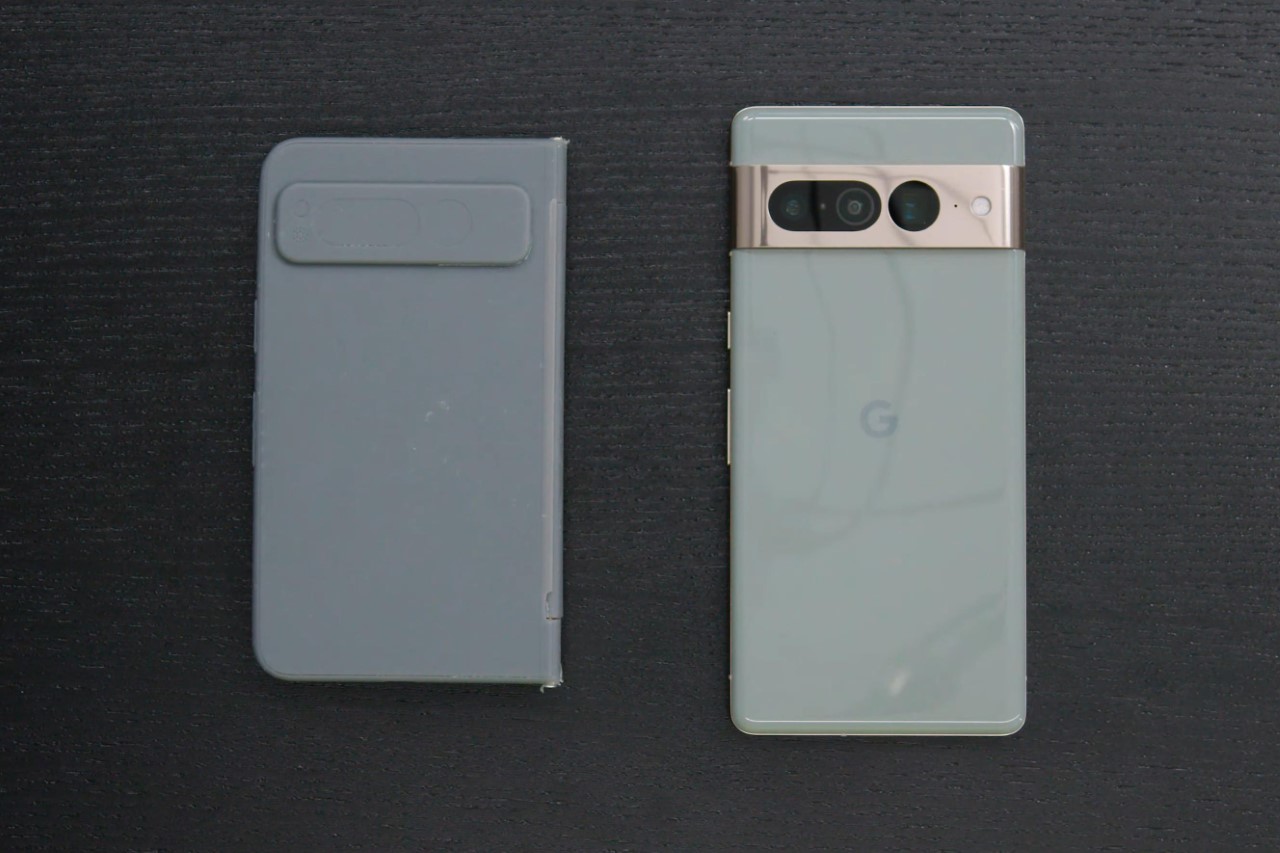 The dummy unit doesn’t really reveal much apart from the bare-bones design of the phone, but it’s enough to piece together a fair bit of information. When placed alongside the Pixel 7 Pro, the Pixel Fold is relatively shorter, making it easier to hold and operate with a single hand. When compared to the Samsung Galaxy Z Fold4, the Pixel Fold is MUCH more ergonomic, letting your thumb reach parts of the screen that you couldn’t with Samsung’s foldable. The device also has a new camera bump design, going for something more pronounced like the iPhone’s camera bump, unlike the Pixel’s curved bumper design. All indications show that the Pixel Fold will have the same 3-lens camera unit like the 7 Pro, although the flashlight seems to have migrated to the left of the lenses for some odd reason. 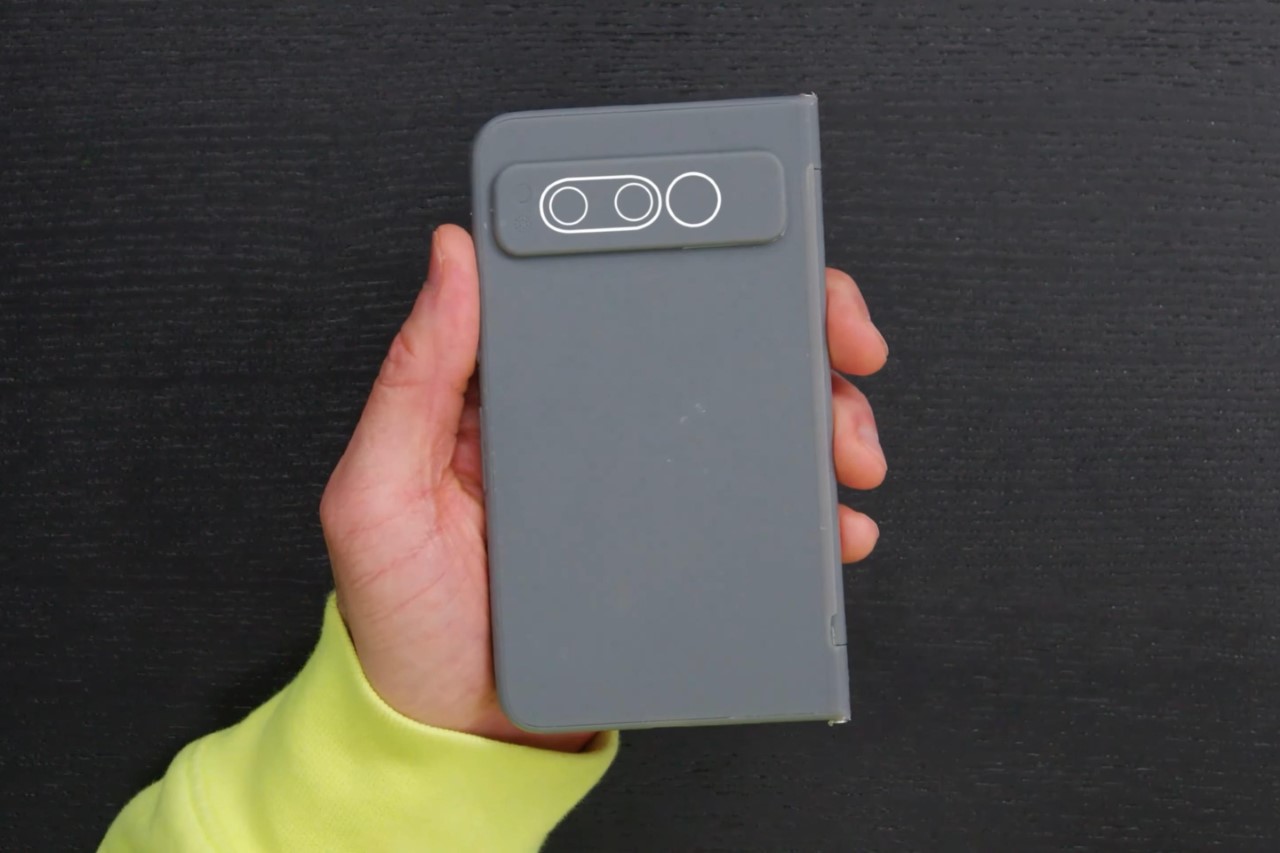 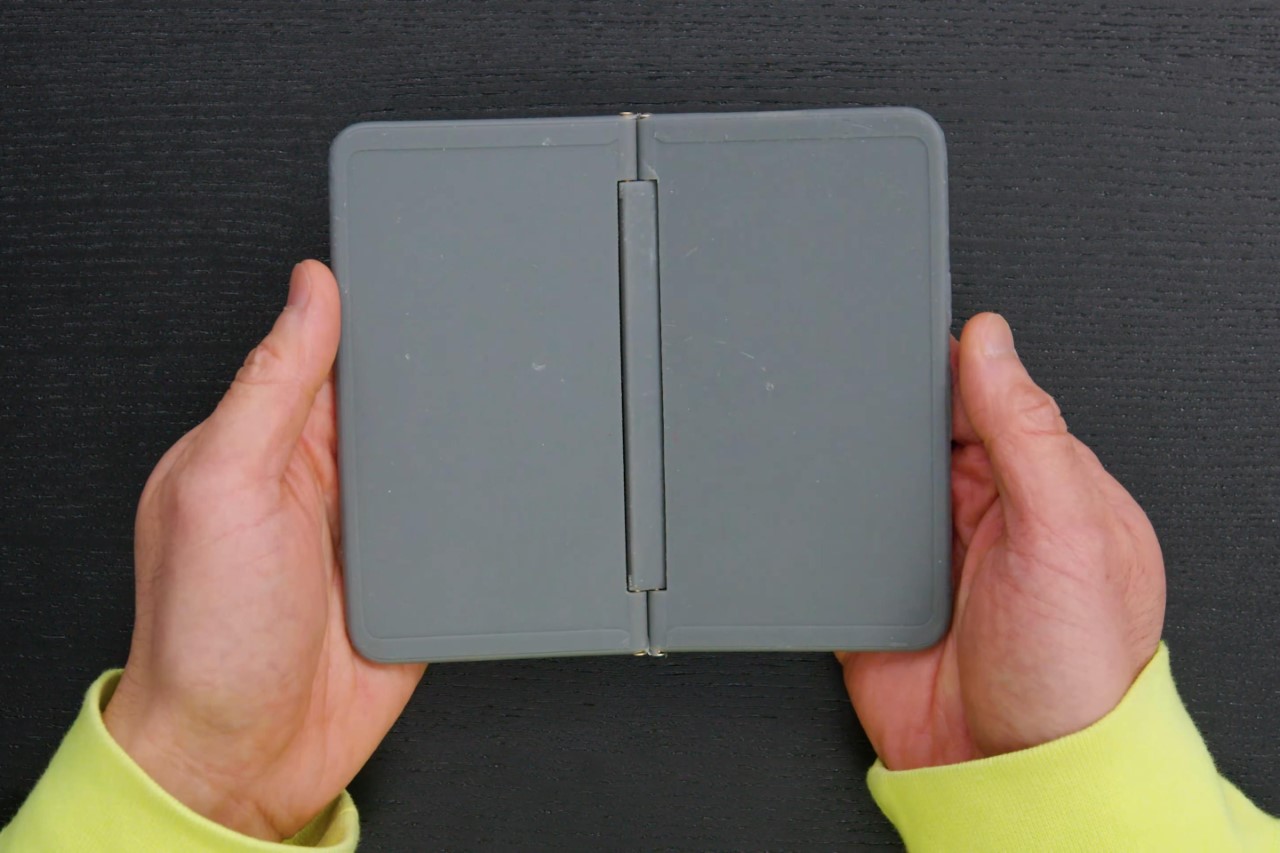 Perhaps the most interesting detail here is the screen, which Dave2D mocked up in post-production to reveal what the Pixel Fold’s actual screen sizes and resolutions will most likely be. The outer screen is expected to have a hole-punch camera, while the insides reveal thicker bezels on the top and bottom, and a camera built right into the upper bezel. 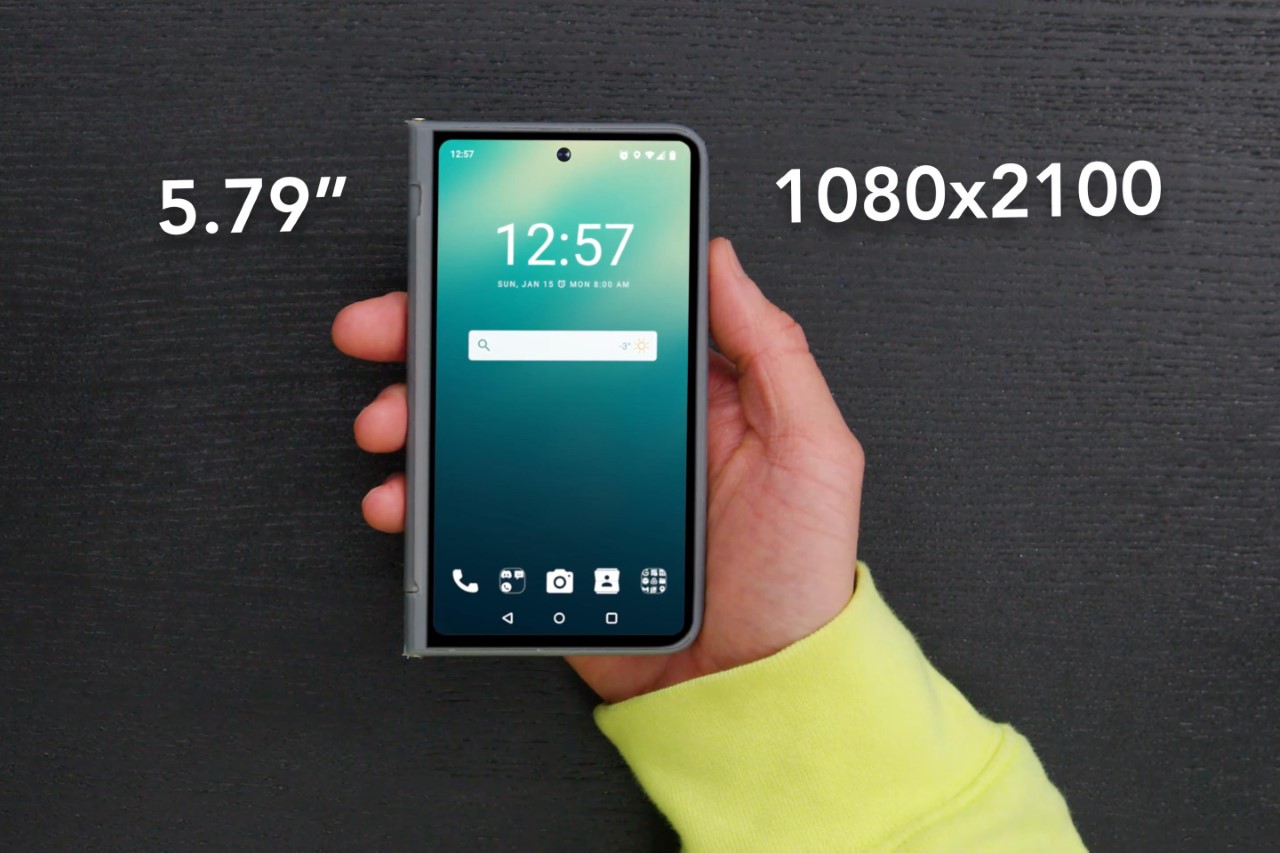 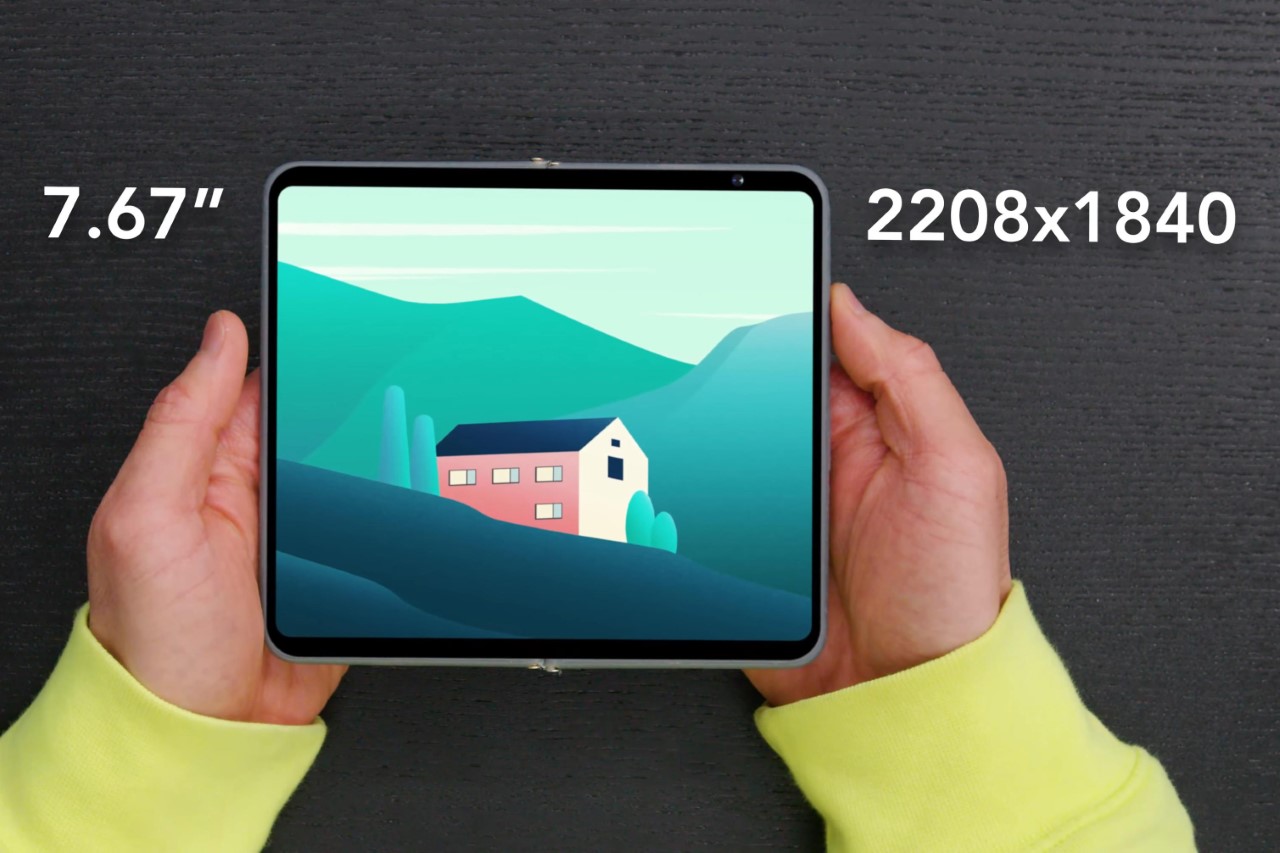 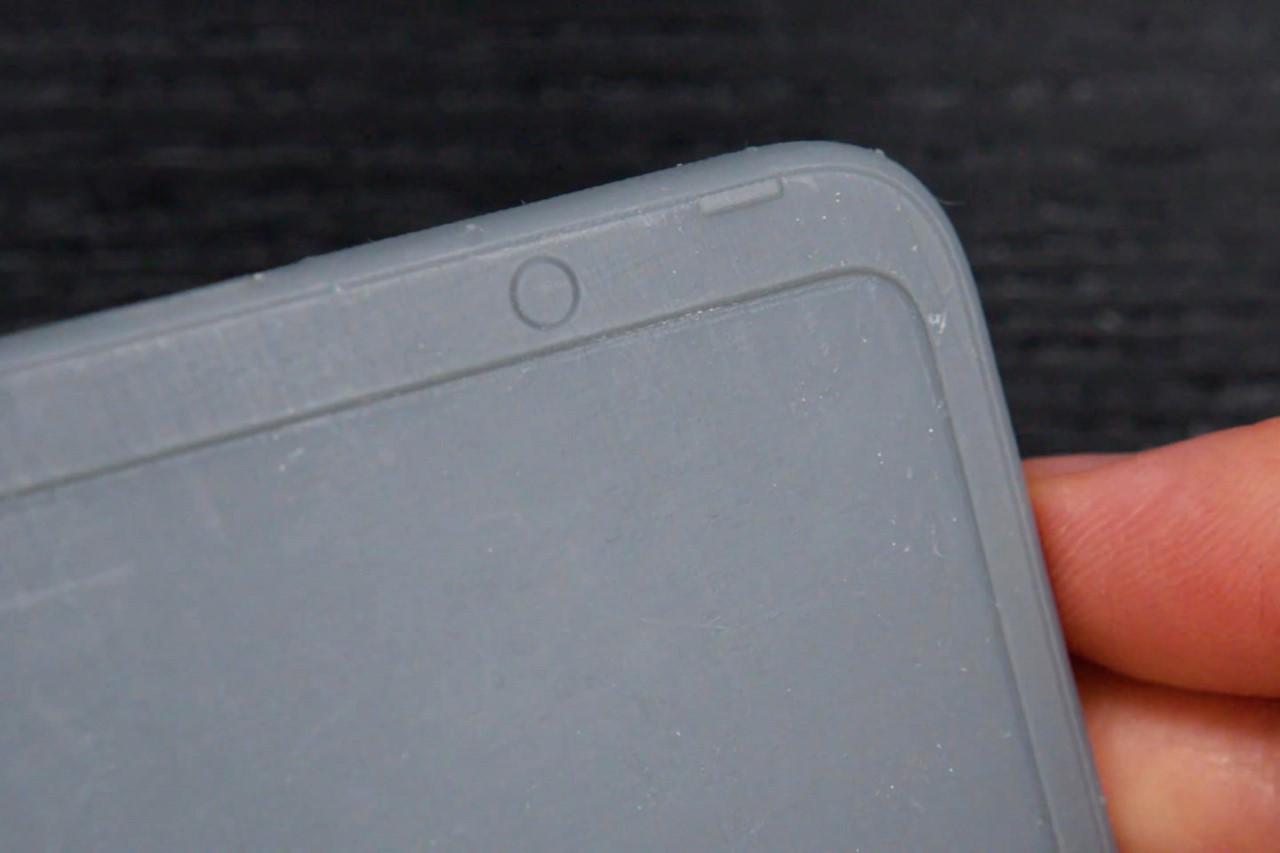 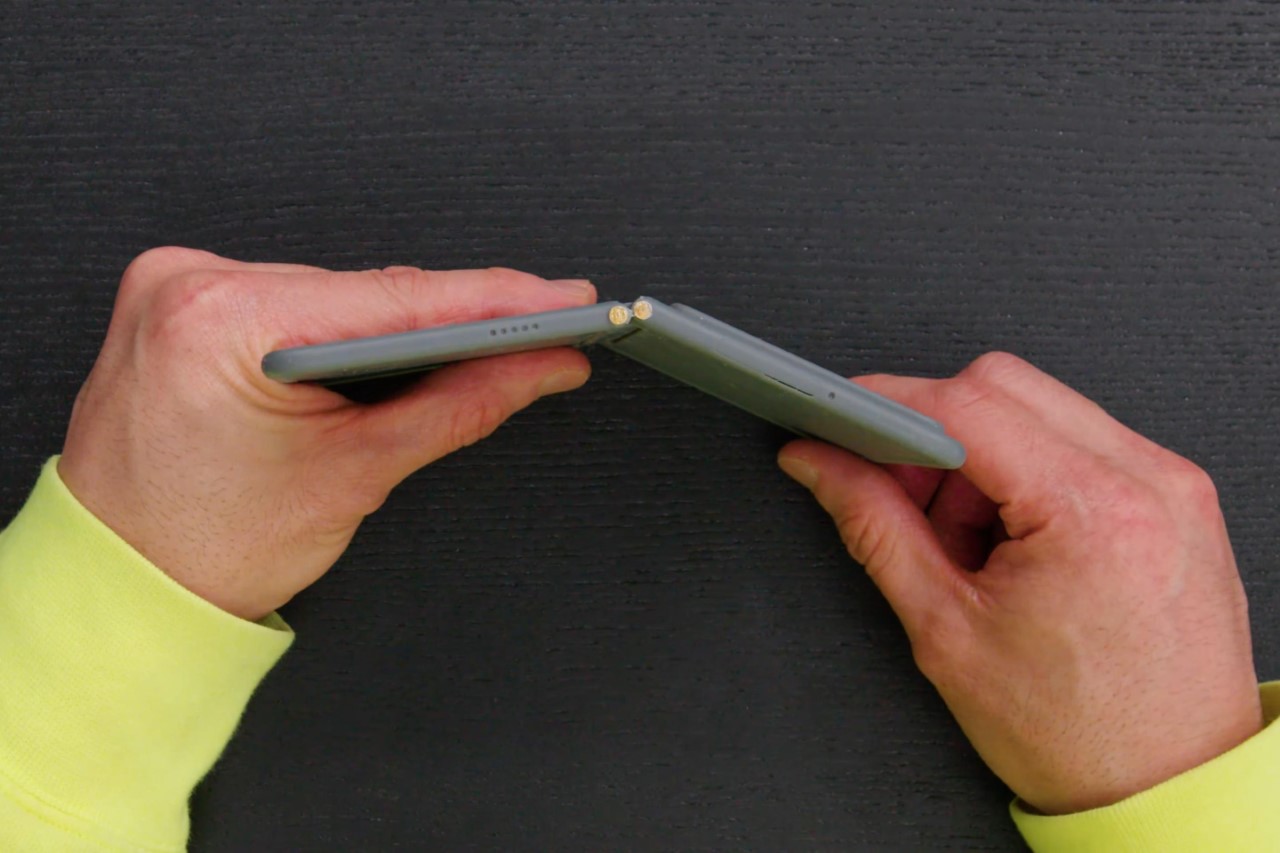 Dave2D also speculates that aside from mimicking the Oppo Find N2’s smaller form factor, the Google Pixel Fold will have a similar hinge detail too, that causes the screen to recede inwards when folded shut, causing it to assume a more natural water-drop shape that gives it a longer life while minimizing the crease that tends to form with foldable displays. 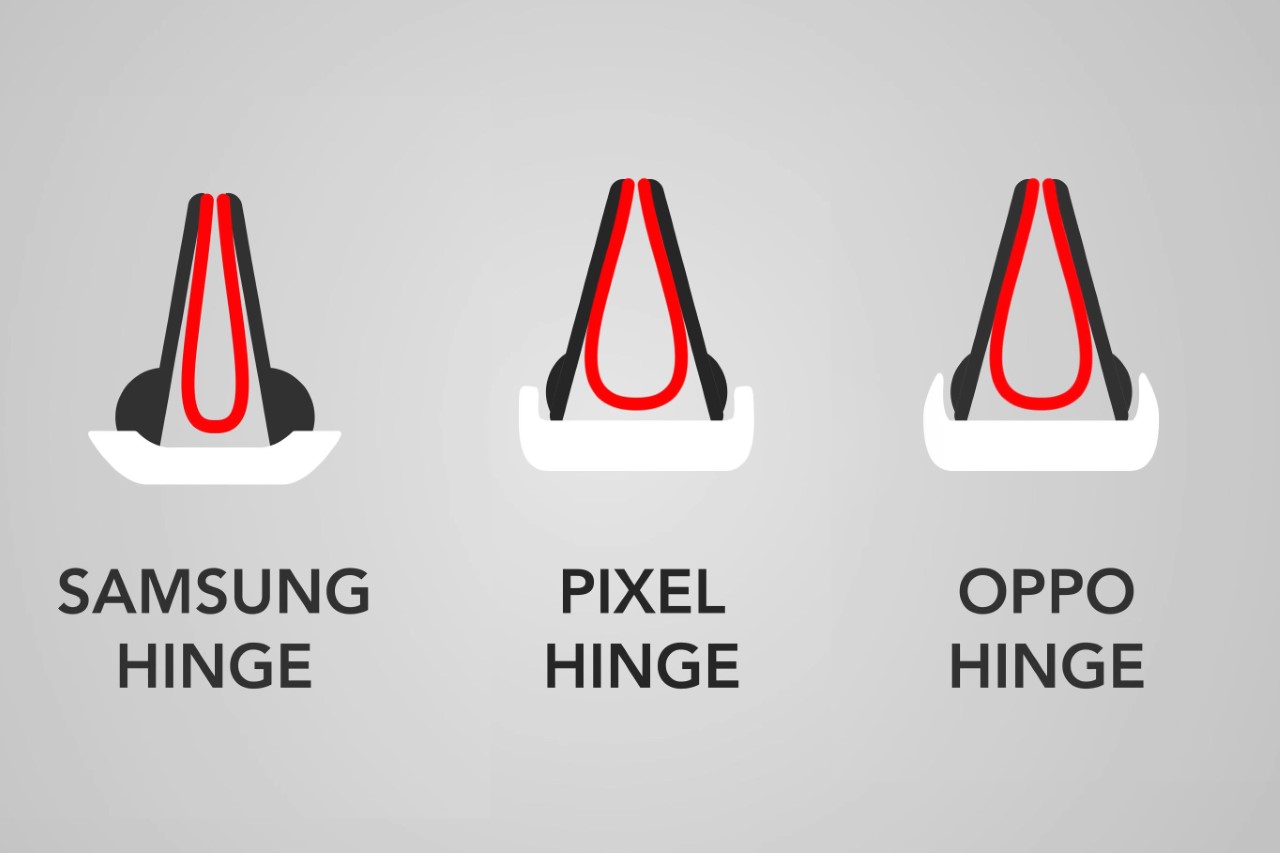 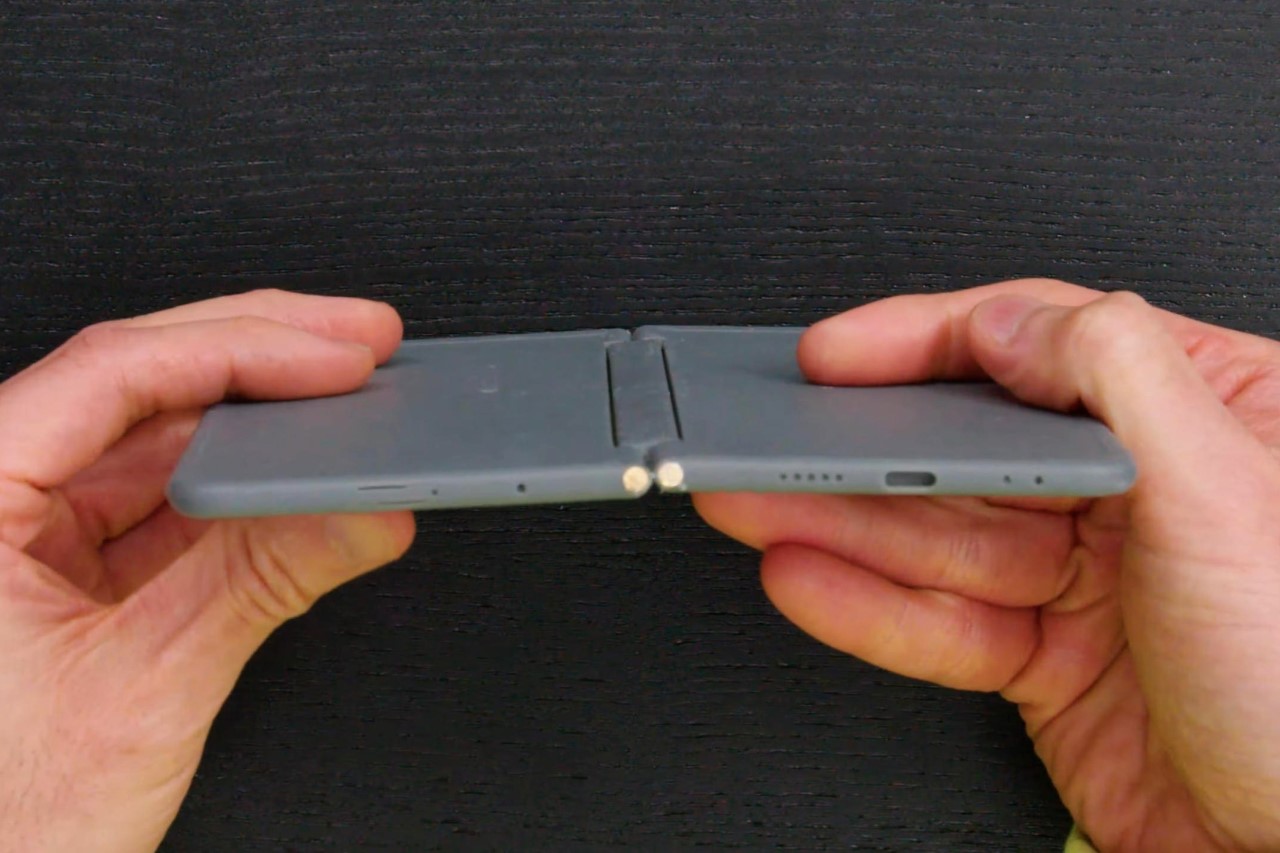 A USB-C port on the bottom comes as no surprise, although there isn’t any word on wireless charging capabilities 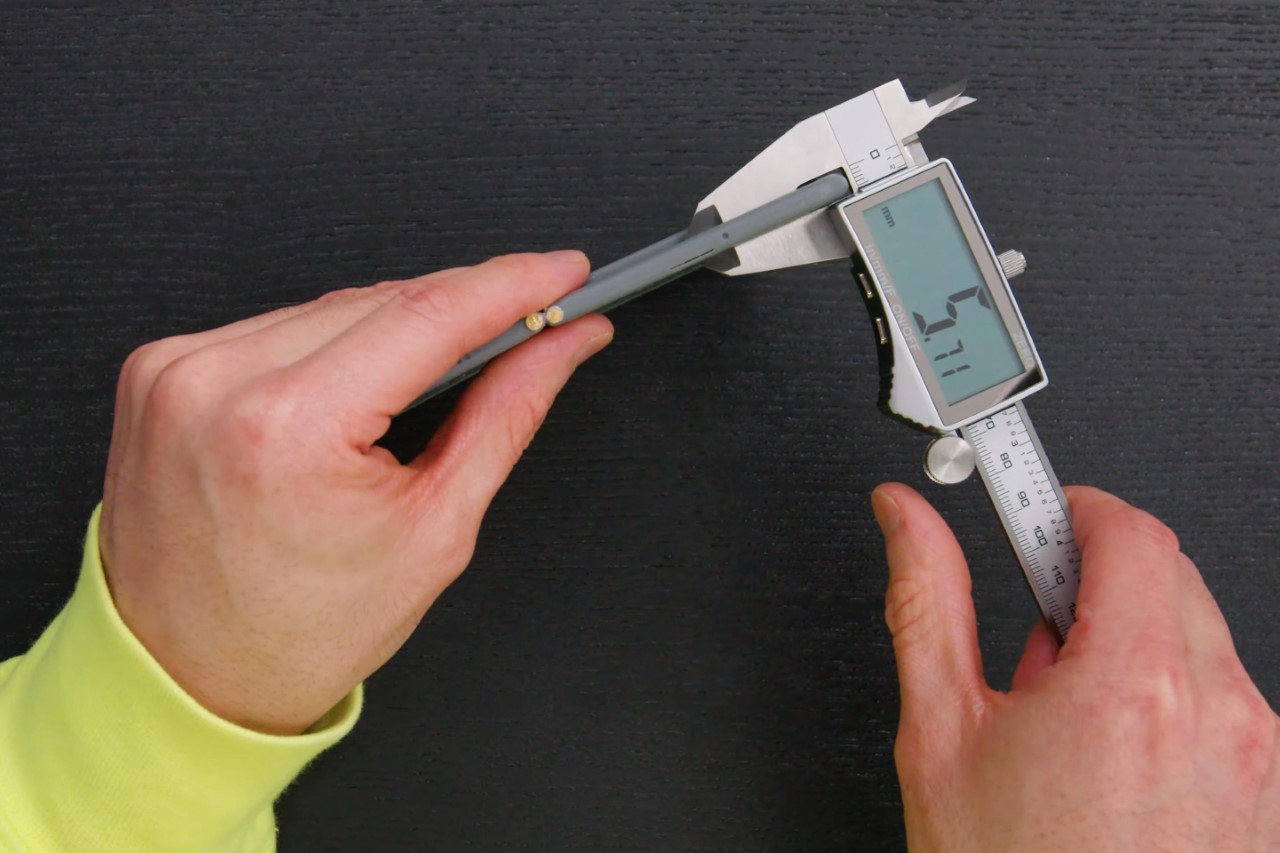 Although there’s no official word from Google, we could expect the Pixel Fold as early as this year, alongside the Pixel 8 launch, or probably even sooner when Google officially announces the Pixel 7A. The Pixel Fold is also expected to cost an eye-watering $1700, although I’d probably hold my wallet if I were you. Given the company’s track record with axing products and services, we don’t want another Stadia on our hands, do we now? 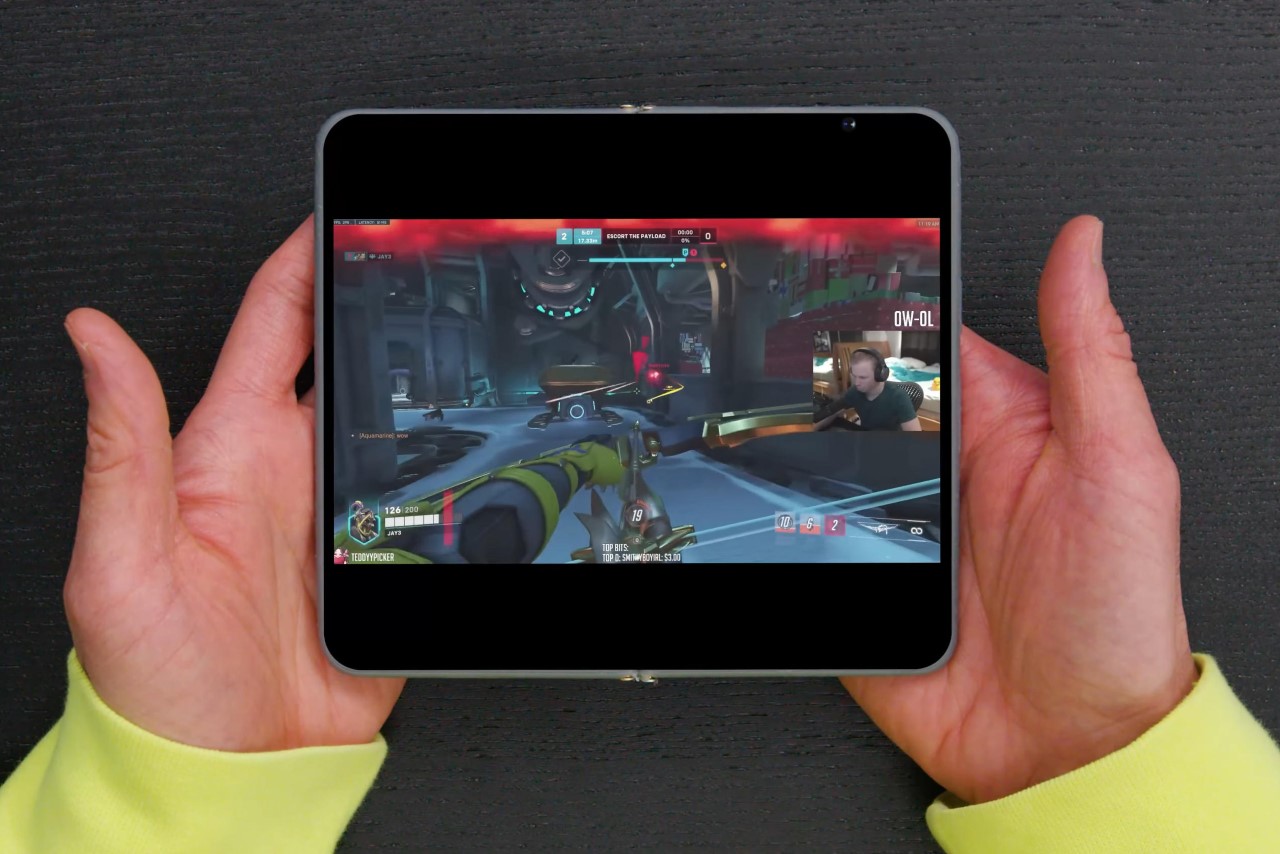 The 99 Classics headphone by Meze may just be the sexiest headset you’ll see in a while. It’s made out of wood, leather, and metal,…

The black and white aesthetic is often lovably referred to as the Stormtrooper color finish, named after the bungling, comedic elite army force of the…

This monolith-inspired hard disk is an attractive desk prop, even when not in use

A monolith-shaped hard disk that breaks the general convention of computer peripheral design and doubles as an attractive desk prop. The mysterious monolith that first…

Unusual Inspiration for a Yacht