Much of what we do presume almost complete access to our physical and mental faculties. Most of the products that we make and buy are designed for the majority, which mostly means physically-able people in good condition. It is far too easy to take for granted how there’s a growing number of people in our society with physical handicaps or disabilities that become disenfranchised because of these assumptions. Given our reliance on devices with screens as well as genetic defects, many people are developing visual impairments that leave them out of enjoying many things in life. That’s especially true for sports, where one really has to see to be able to enjoy the action. Fortunately, this pair of gloves sports fans with visual impairments a chance to feel part of the game once more, utilizing the wearer’s heightened sense of touch. 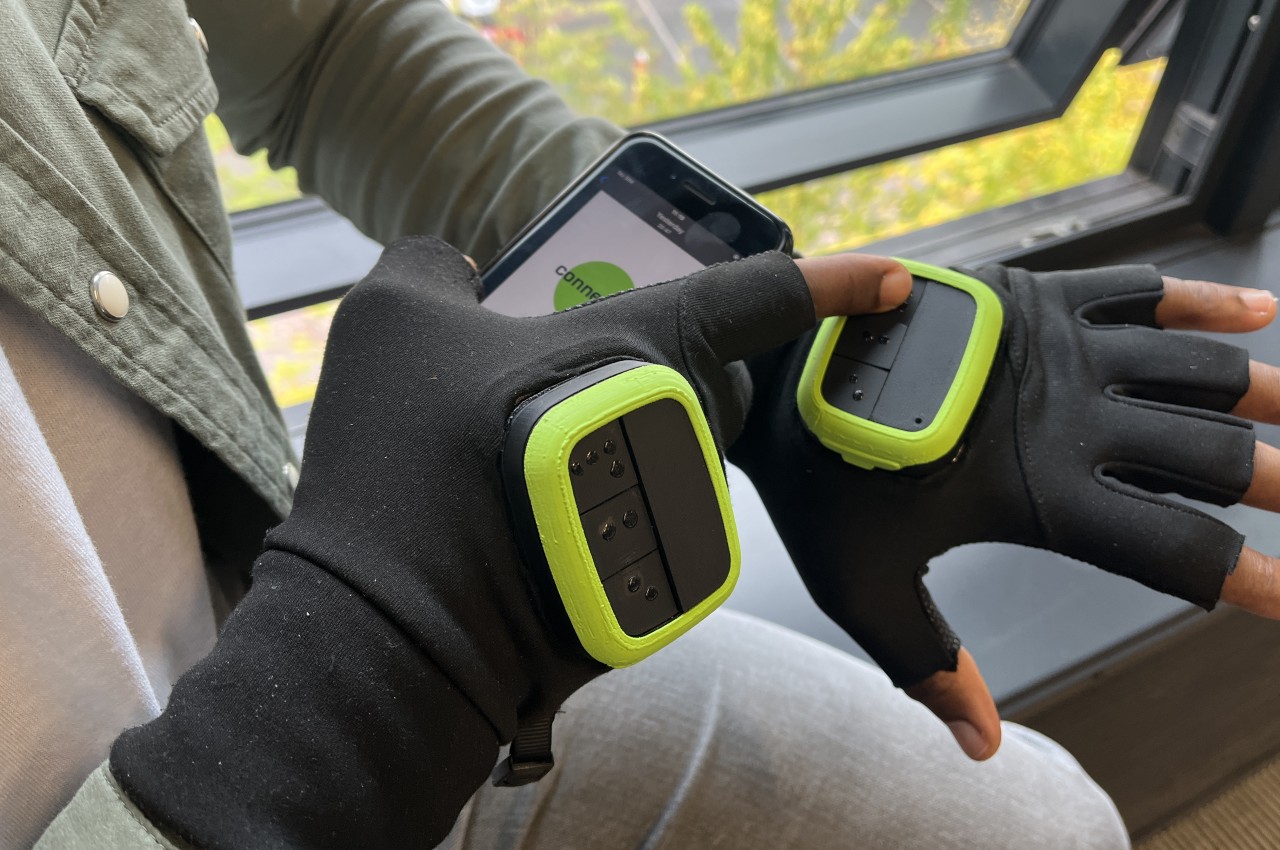 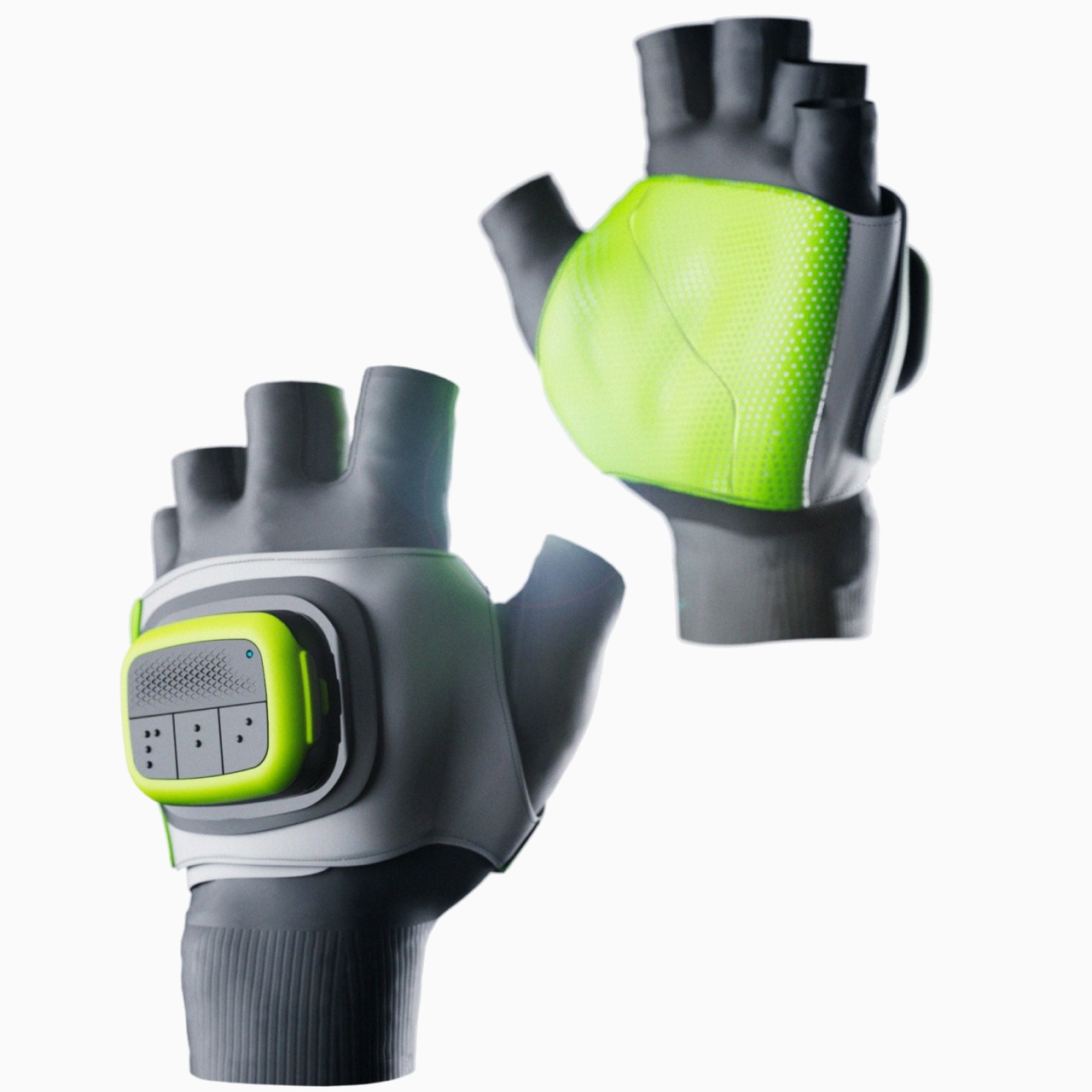 The human mind and body are truly remarkable in how they compensate for lost senses or limbs, and that can be seen most especially among visually-impaired people, particularly the blind. They may not have Daredevil-like super hearing, but their fingers almost become their second eyes. Those well-versed in Braille can sometimes even read faster than those who have perfect eyesight. Unfortunately, that ability is wasted in sports events where visually-impaired people have to rely on commentators or friends for descriptions of what’s happening, something that’s not trivial to do, especially with fast-paced matches. 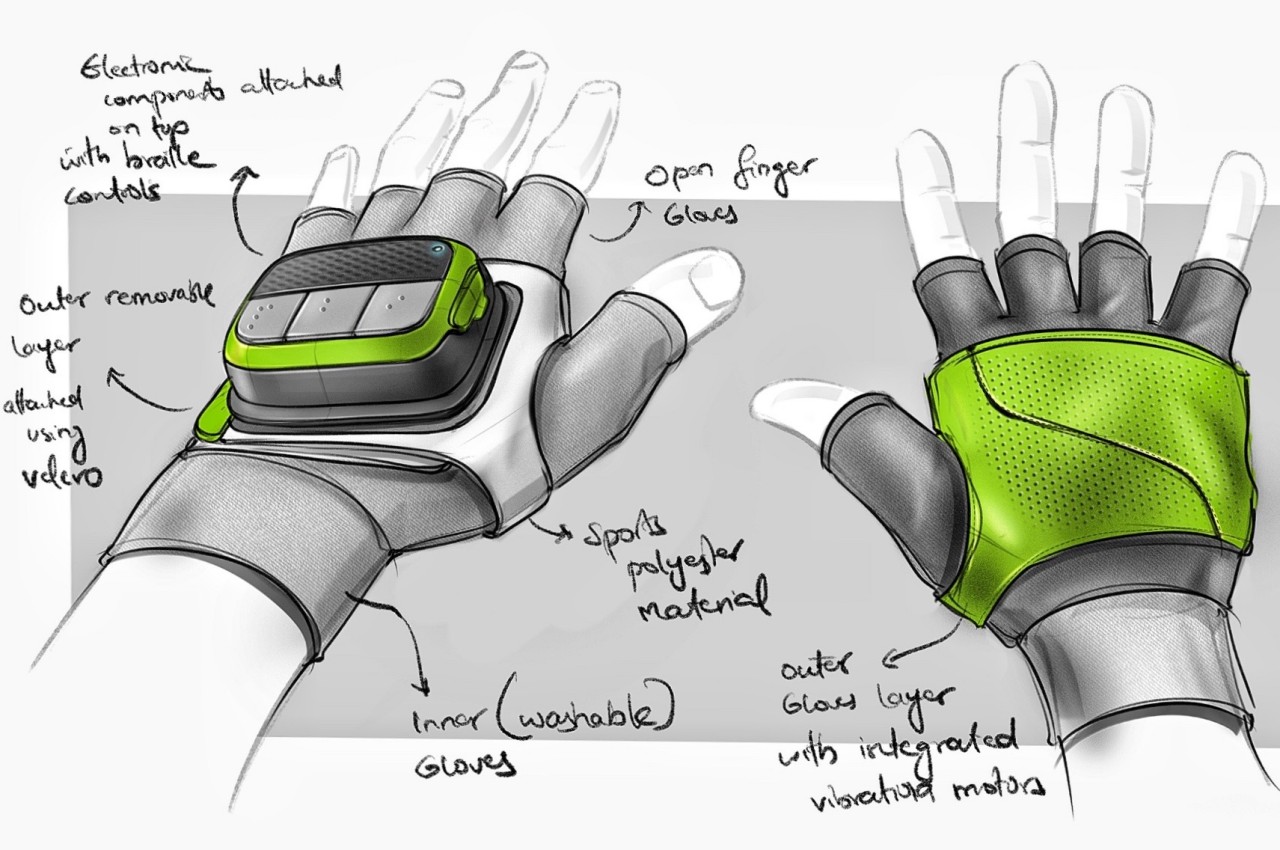 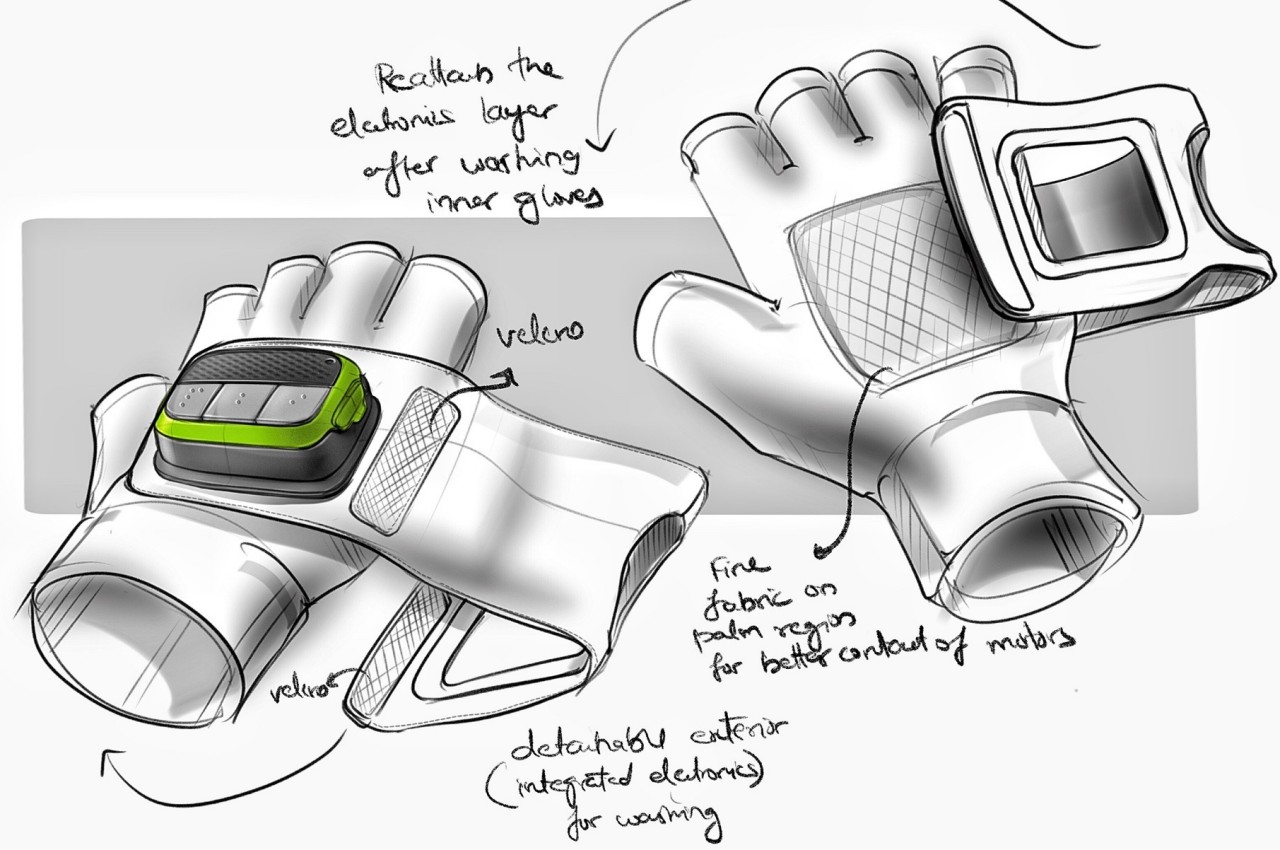 SENS is a wearable concept that takes advantage of the key strengths of blind or visually-impaired people when it comes to mapping the sense of touch to something totally unrelated. In a nutshell, the gloves contain three vibration motors, each that make vibration patterns on the wearer’s palms, one of the most sensitive parts of the human hand. There is also a box with buttons on the back of the hand with Braille dots used for controlling the gloves. 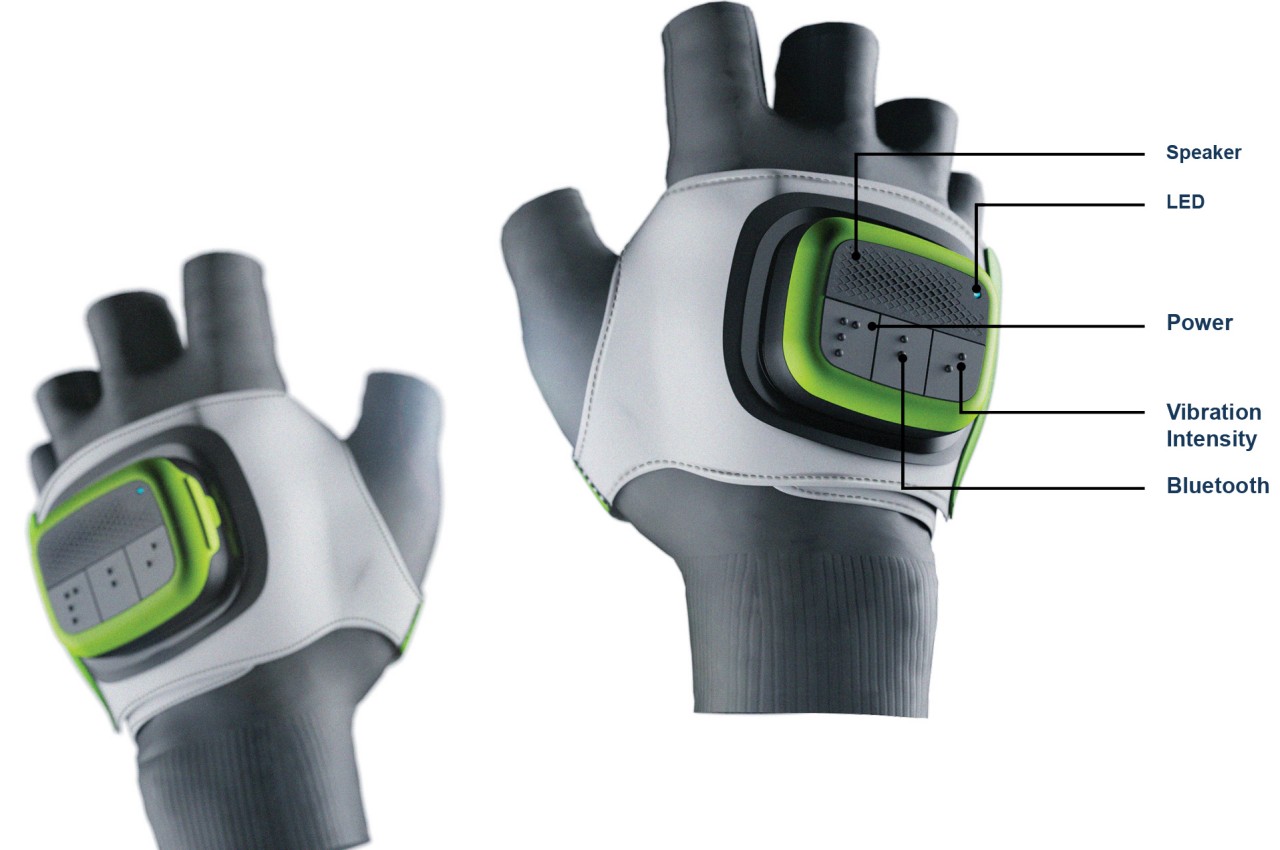 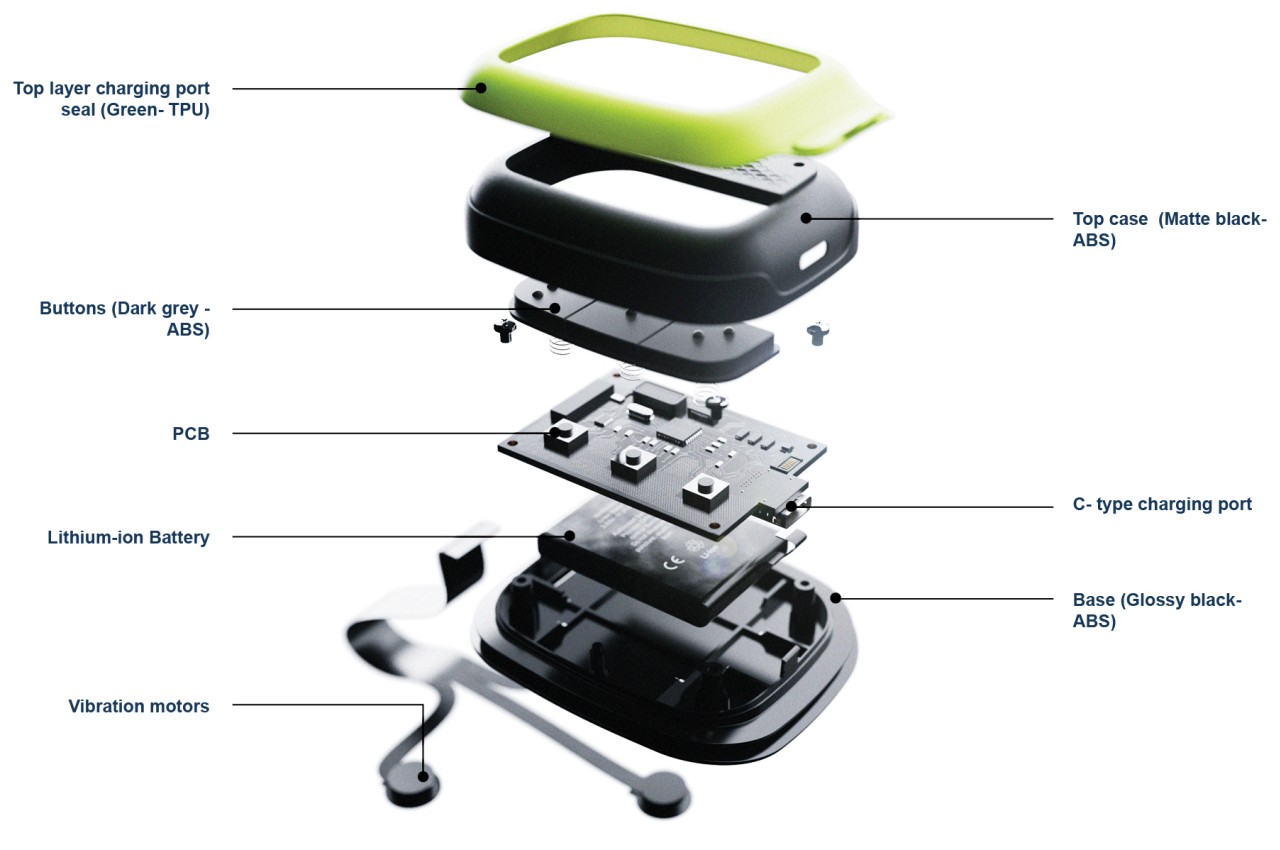 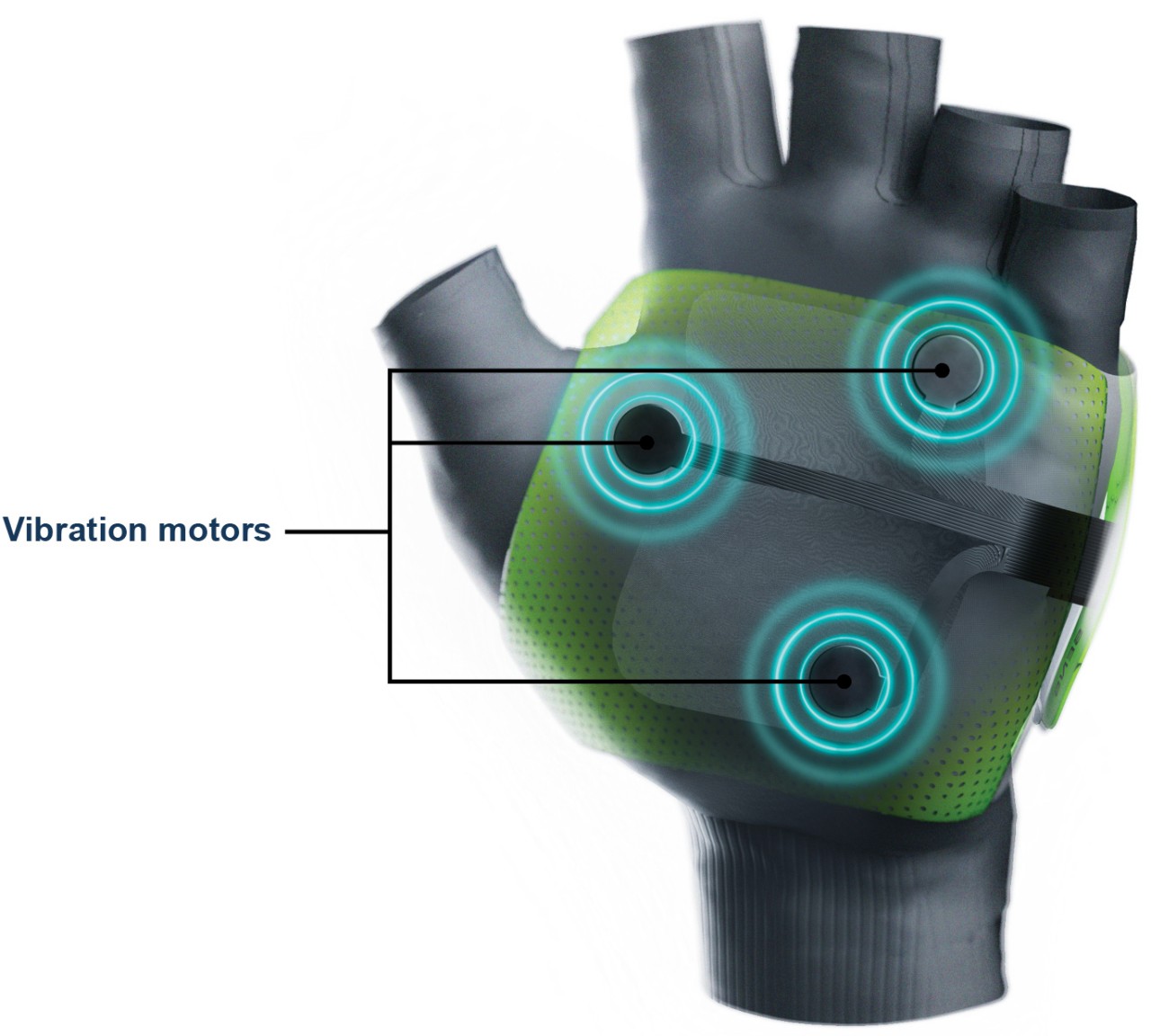 The idea is for the gloves’ motors to generate a unique vibration pattern that could be mapped to a specific action during a sports event, which was tennis, for the purposes of testing SENS. A fault would have a different pattern from a net hit, and a score on one side would be different from the opponent’s. Memorizing which patterns correspond to which moments does have a learning curve, but it is one that visually-impaired people might already be familiar with, allowing them to easily acclimate to other sports. 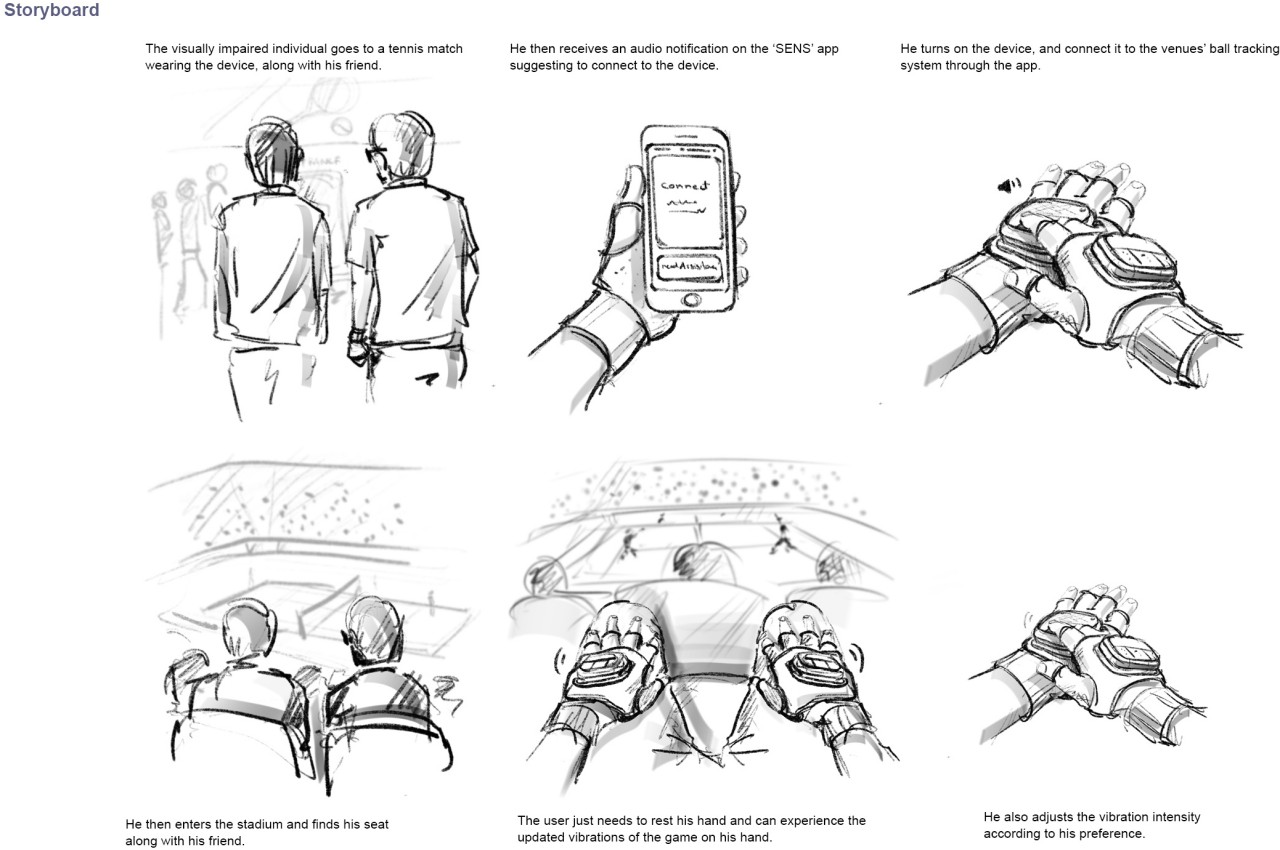 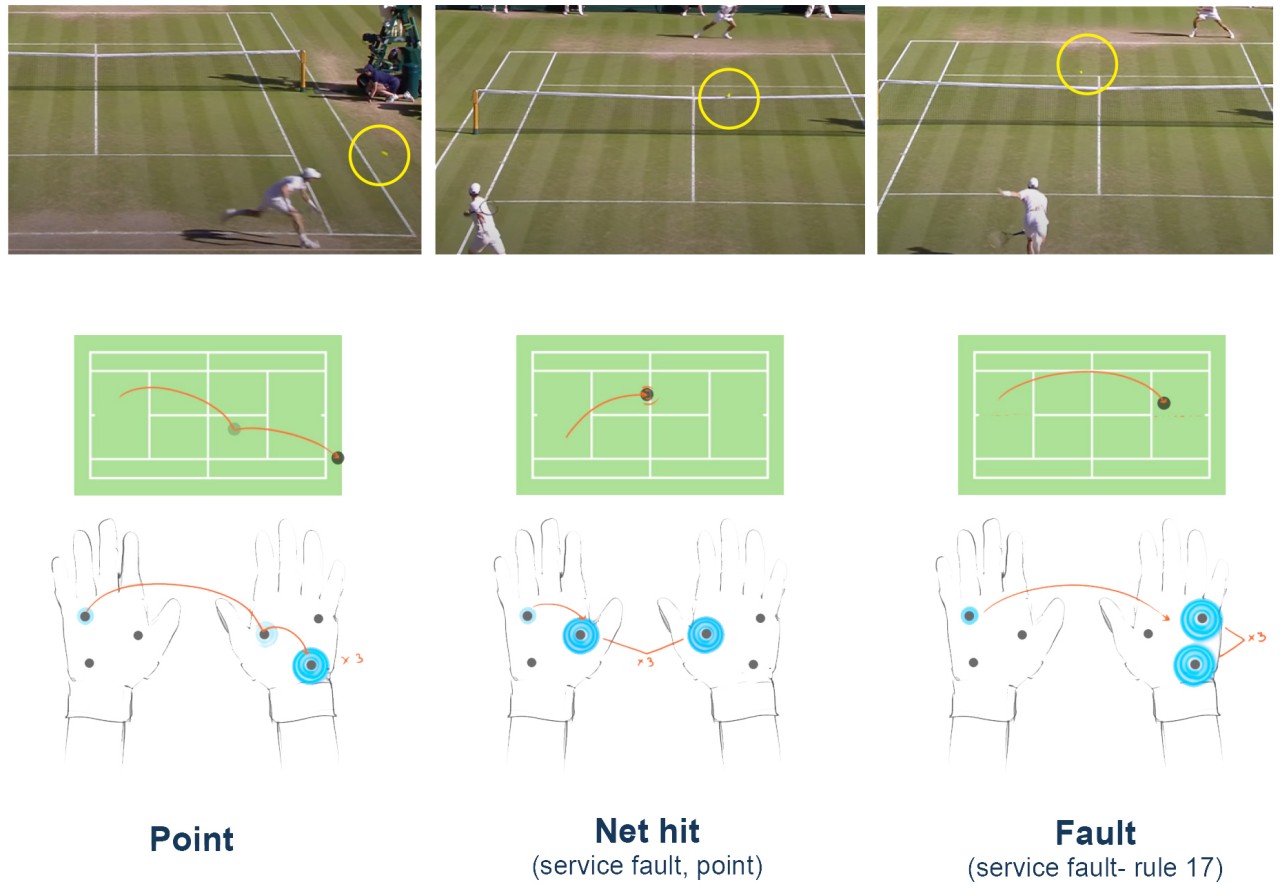 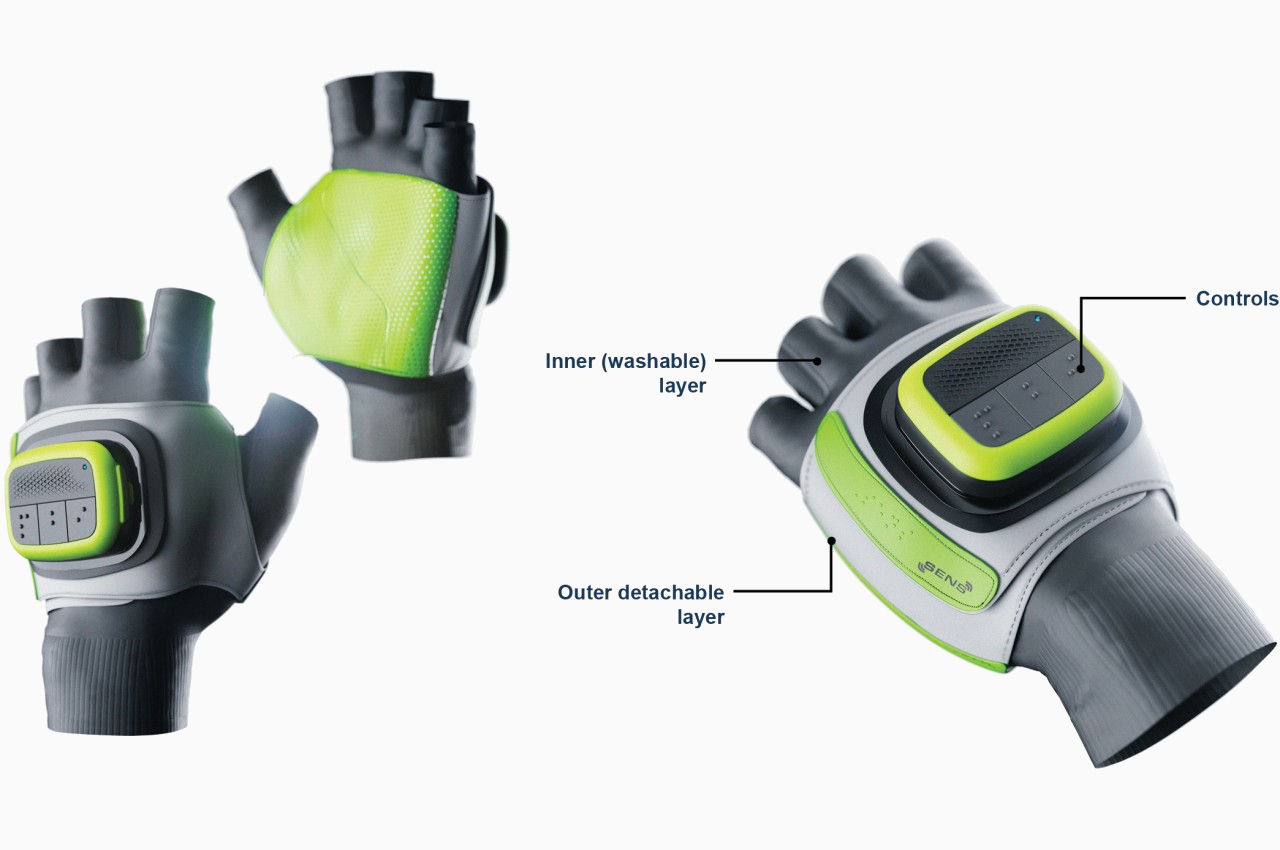 This inclusive invention does require other systems to be in place, like a sort of broadcasting system that wearers can connect to in order to receive notifications of those events. It might be easy for games like tennis, where ball-tracking technologies are already in use, but other sports events will require some more work. It’s still a better, more efficient, and more fulfilling alternative compared to hearing about each and every moment from someone else’s point of view. 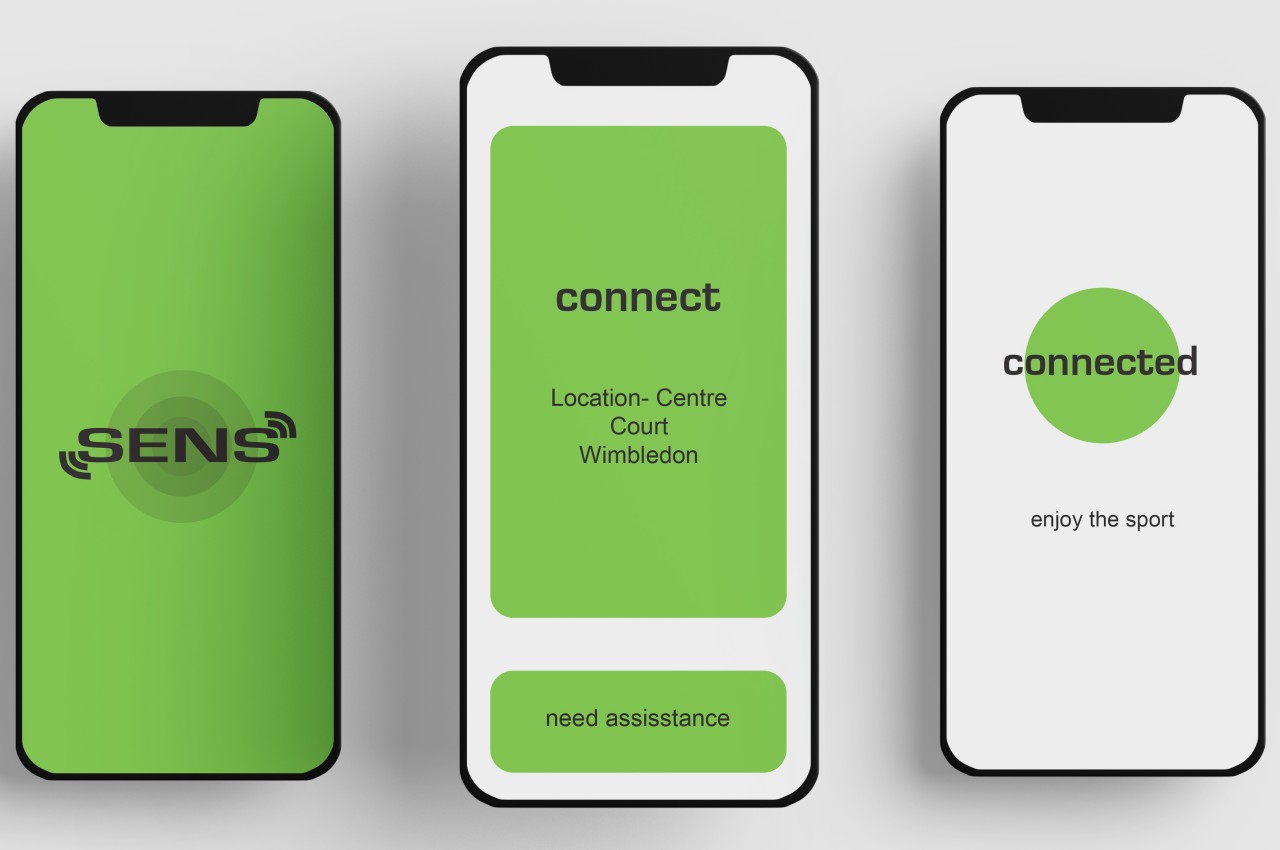 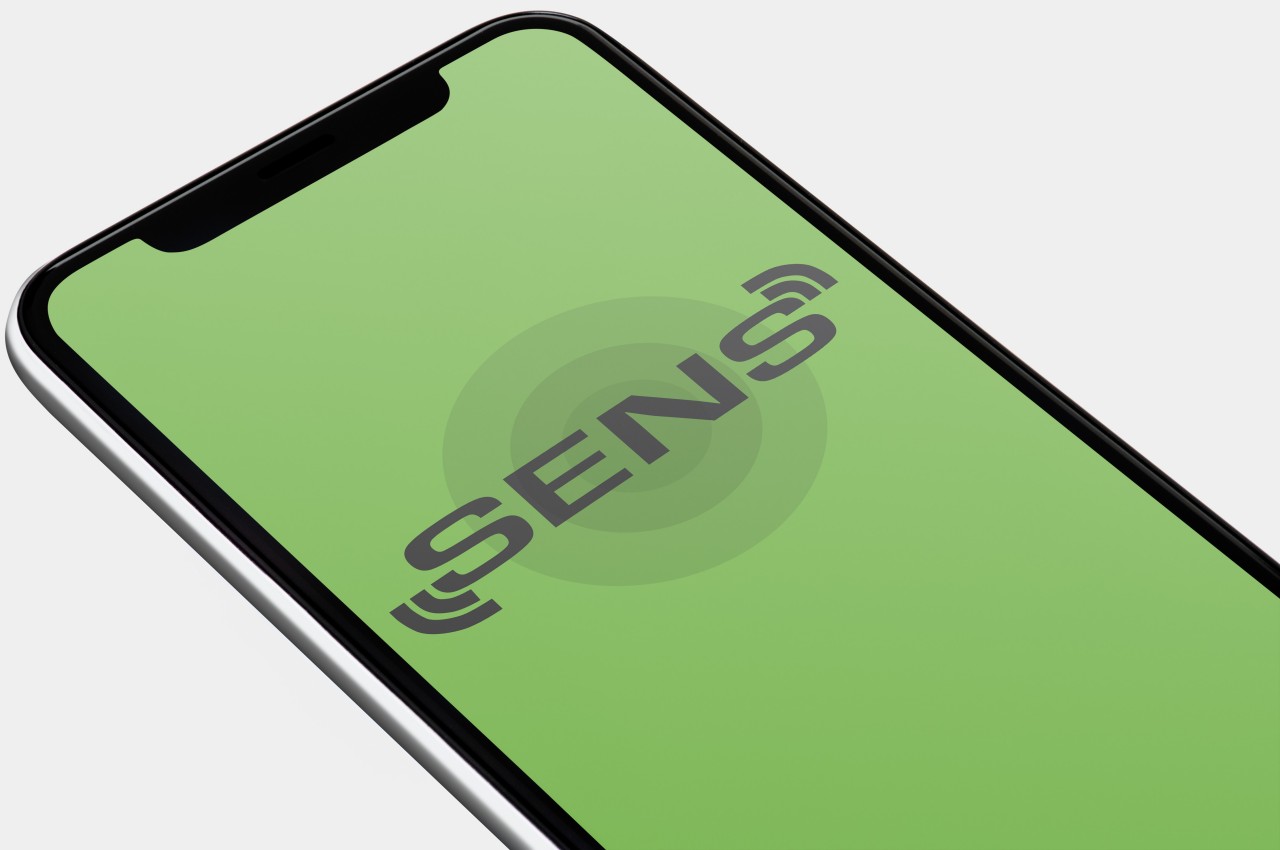 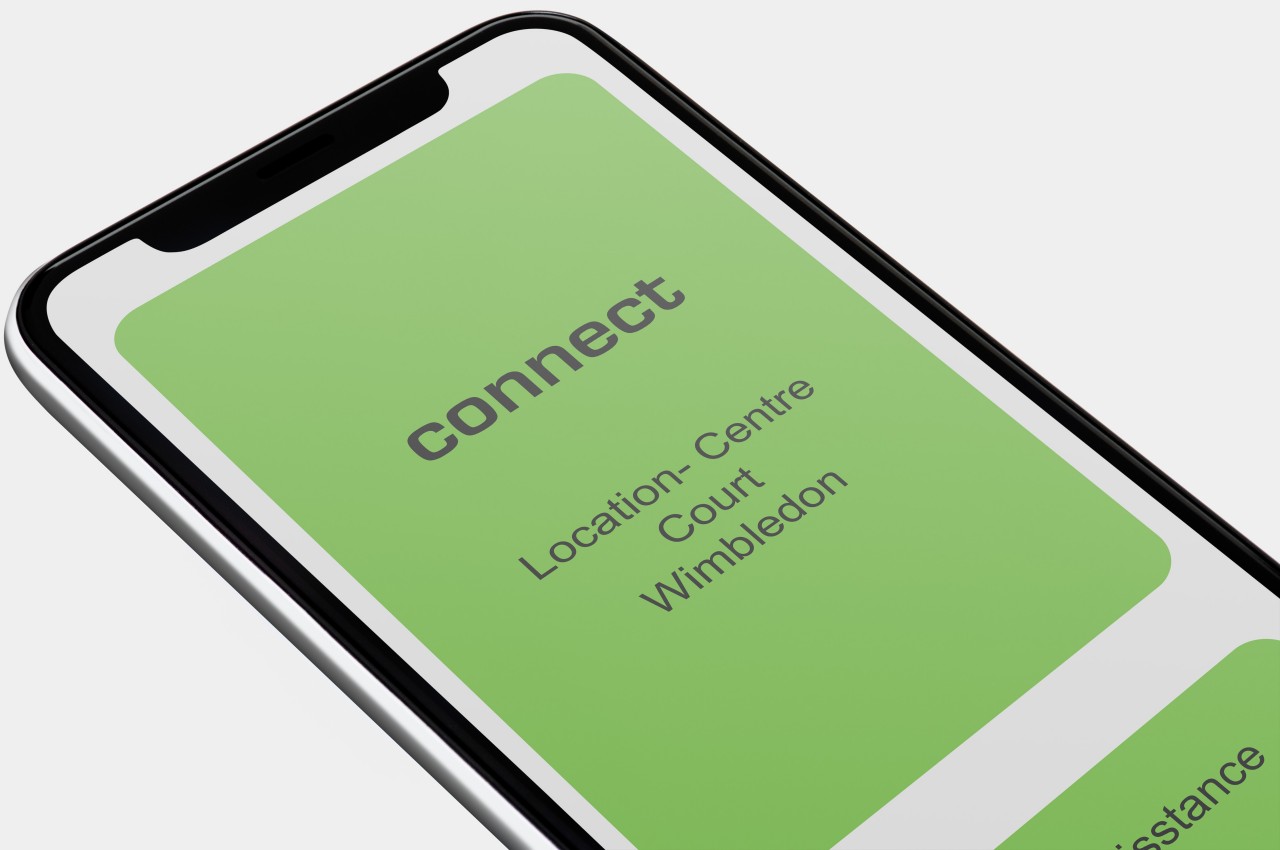 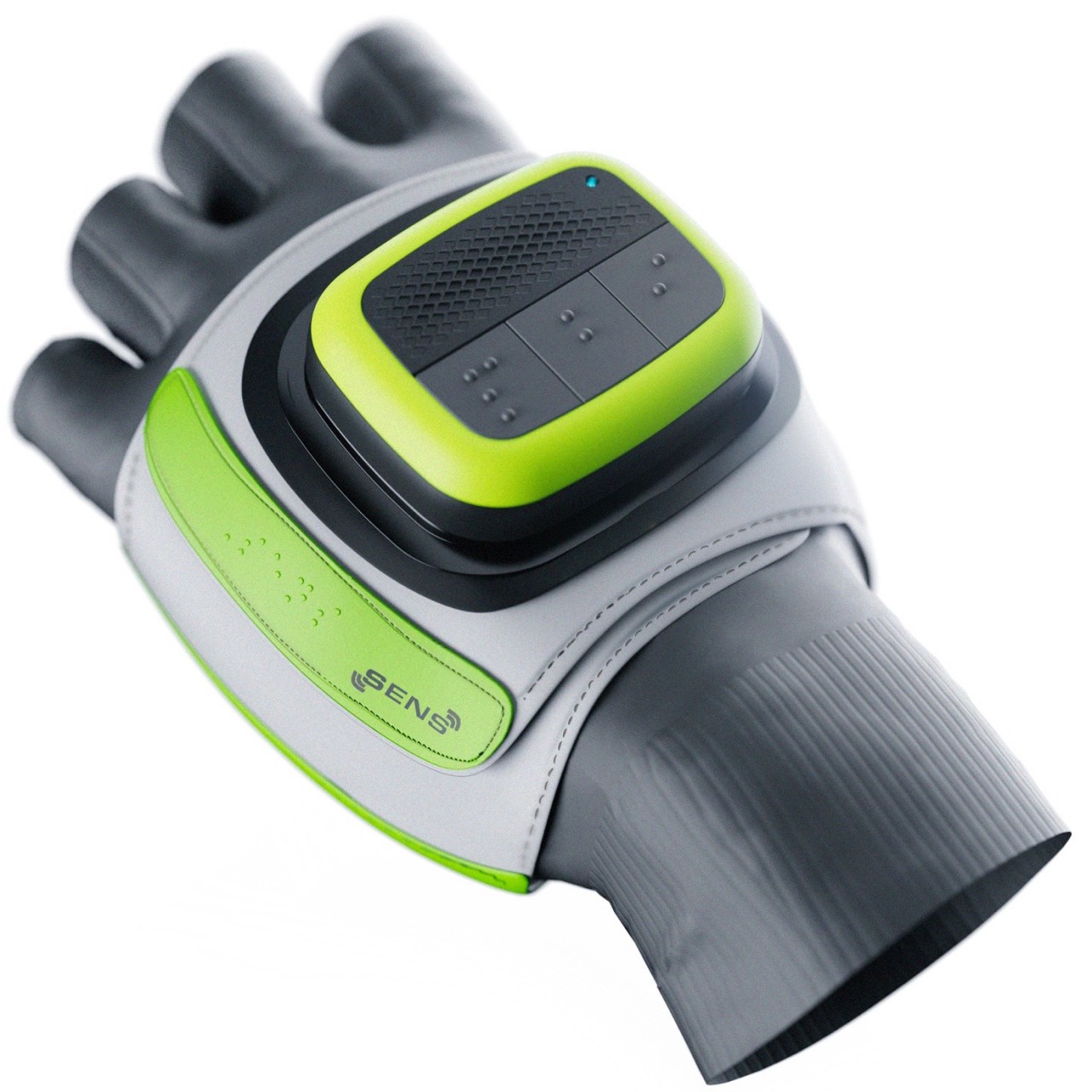 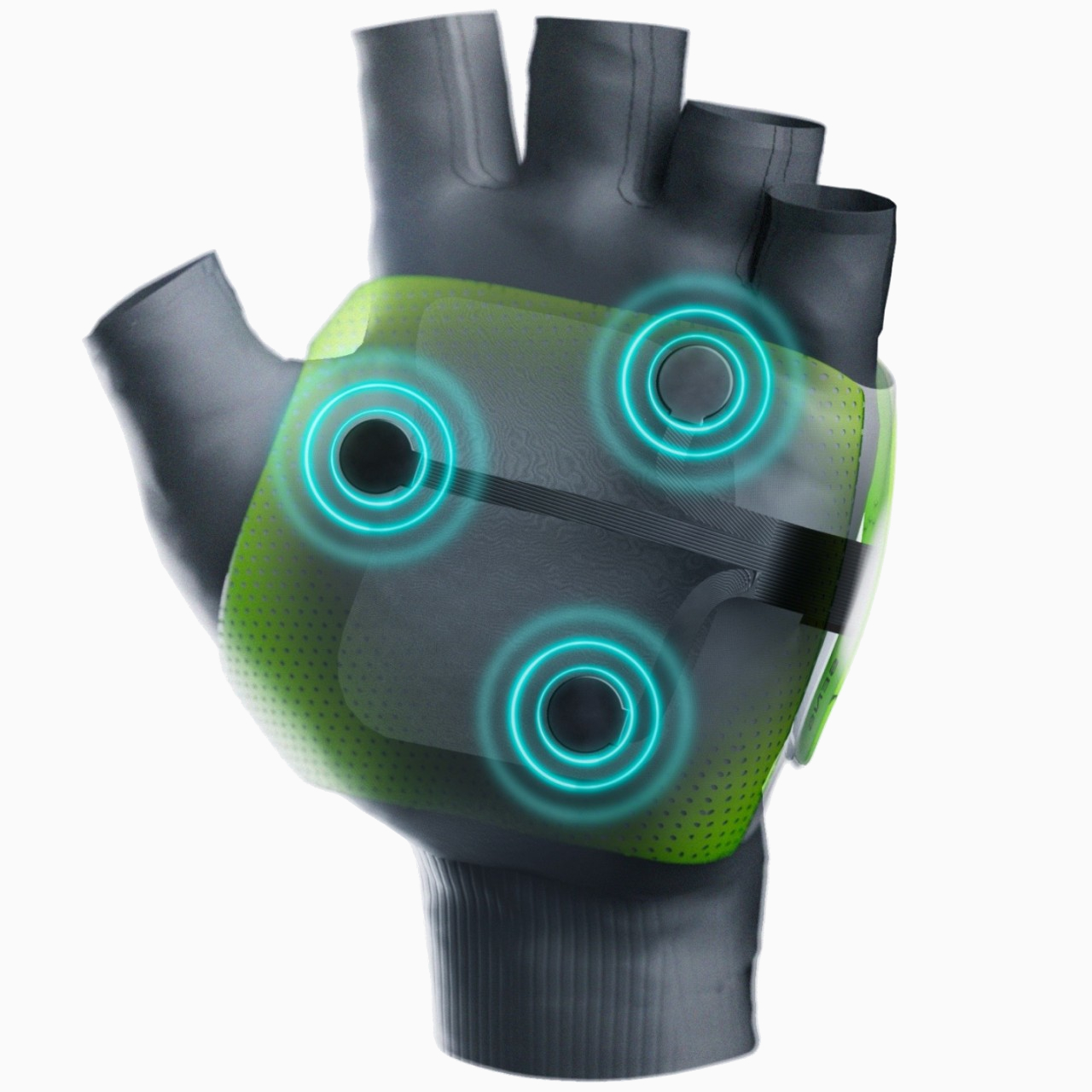 Weela makes working out at home a breeze

Back in the days, working out at home was all about the Jane Fonda videos and fancy leotards. Times have changed, and with fitness being…

Some smartwatch owners want their wearables devices to look like regular timepieces, while others want them to stand out. Garmin’s new set is definitely in…

Withings is a brand many of us know to deliver excellent fitness and health tracking and monitoring features. It continues to come up with products…