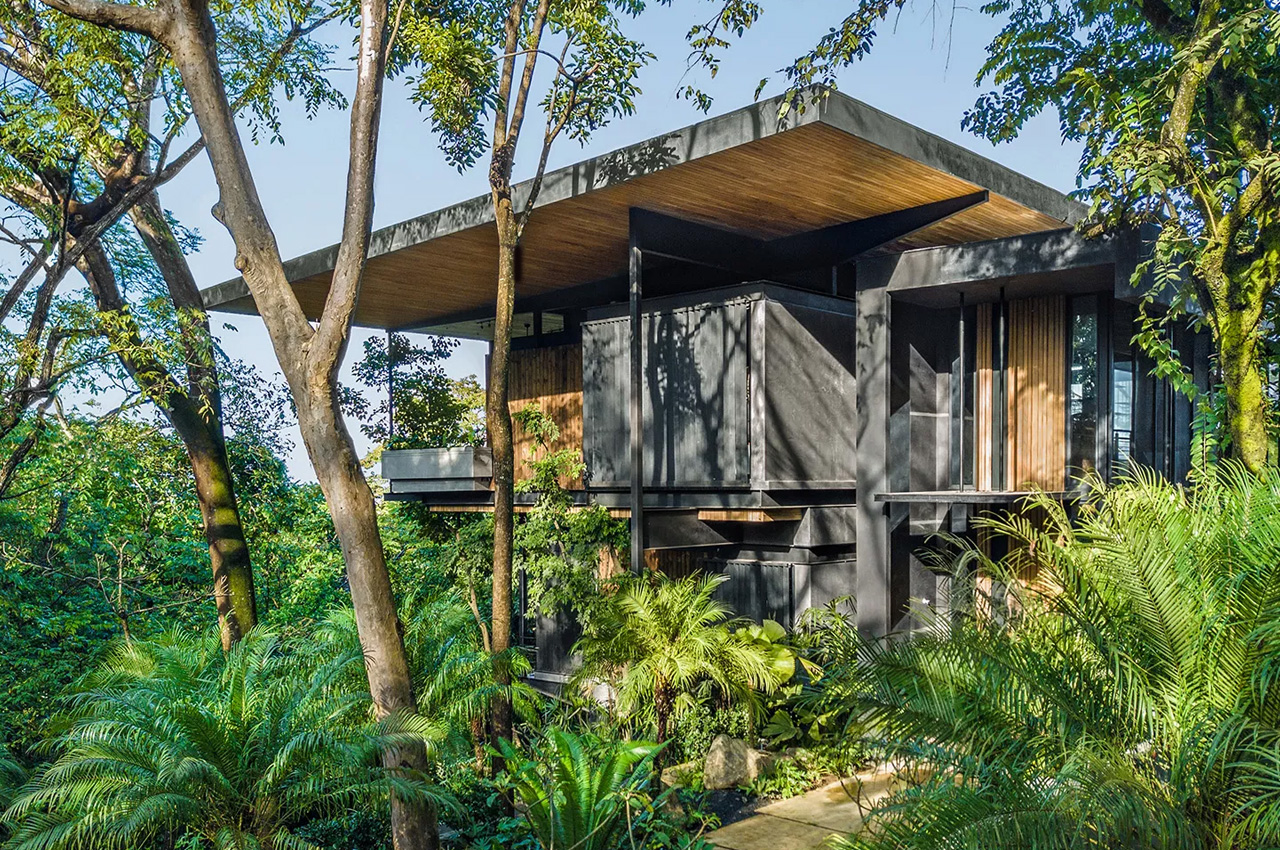 Located in the northwestern province of Guanacaste, Costa Rica is a stunning modern sanctuary that functions as the ultimate getaway from our hectic city lives. Called, the Raintree House, the zen retreat boasts spectacular views of the ocean, as well as exotic jungle surroundings. The home was designed to ensure that it “felt like it had always been there”. 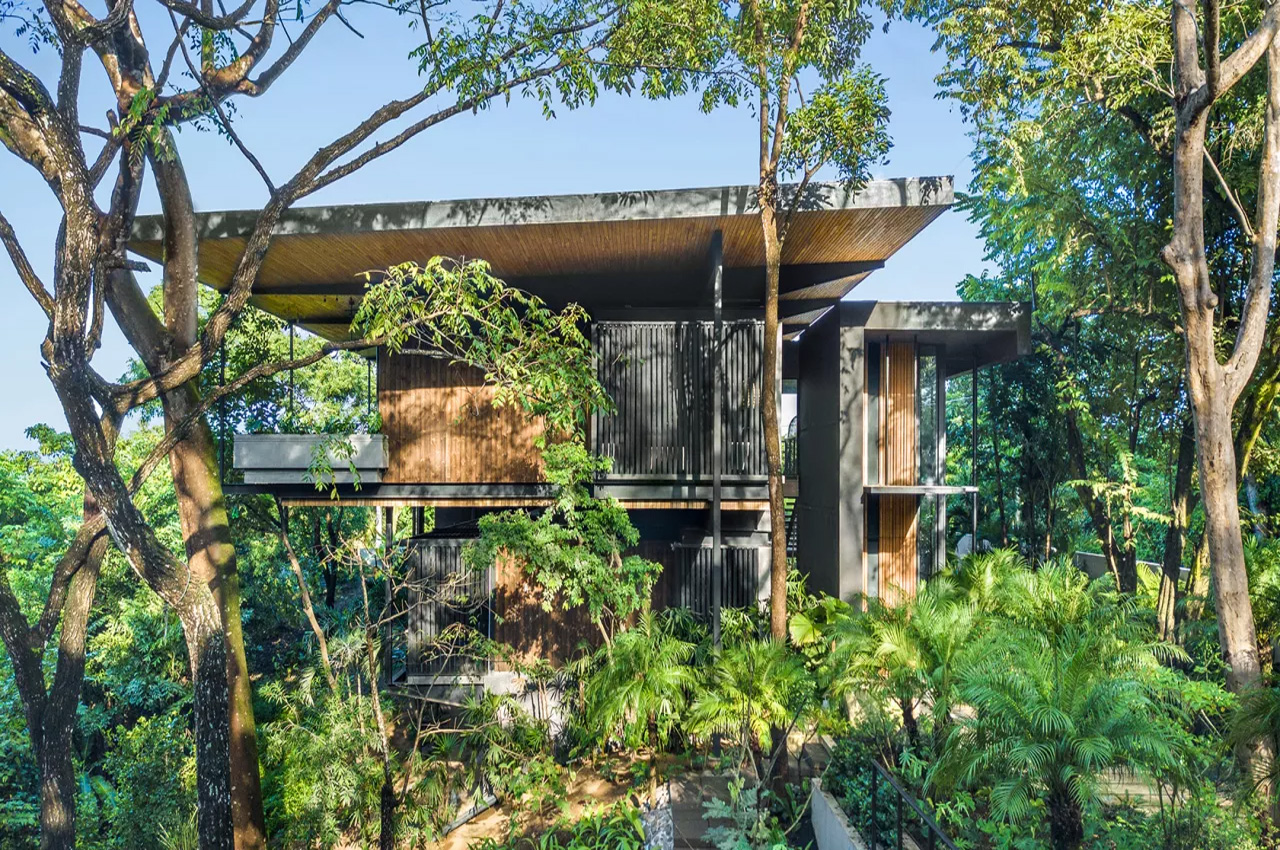 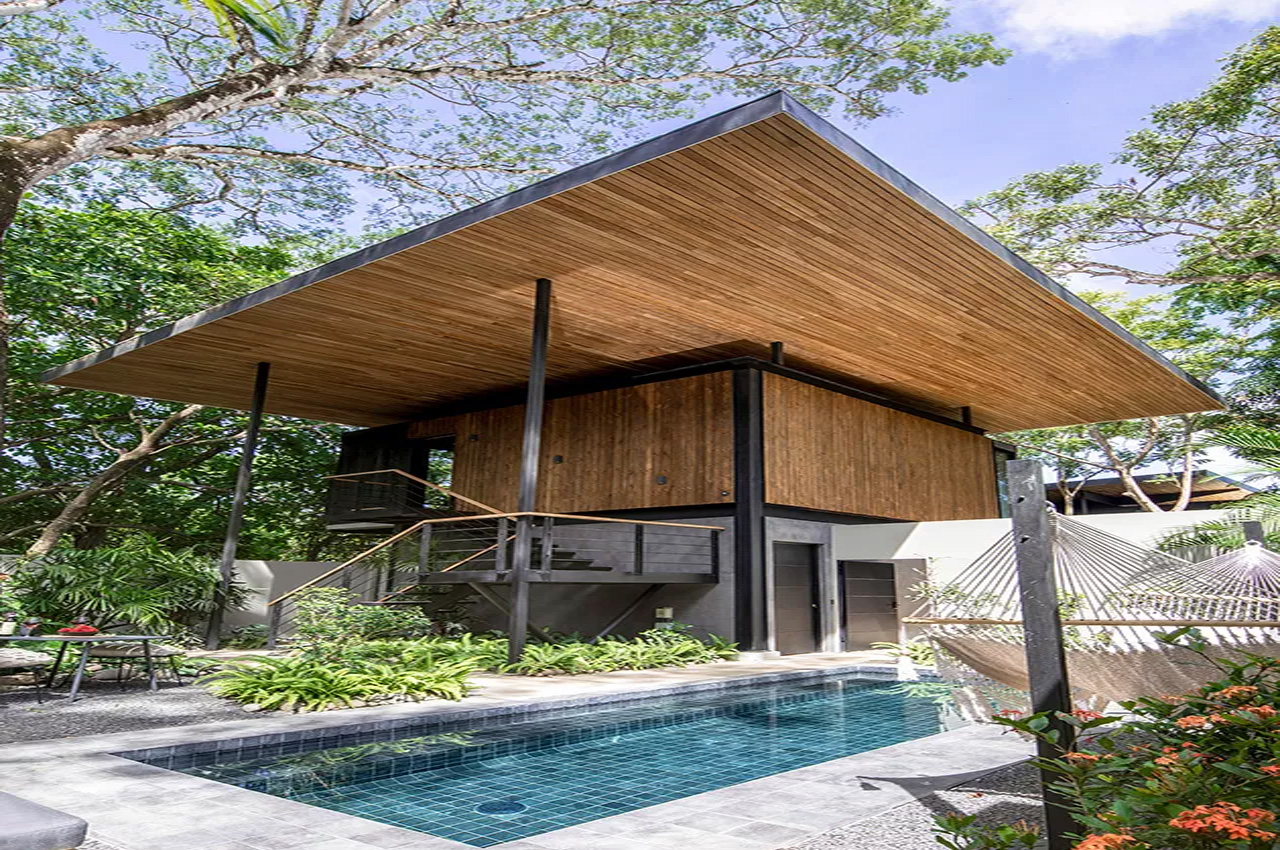 Designed by Studio Saxe, the home aims to be a fine specimen of sustainable architecture, and merges seamlessly with its surroundings. The project was led by the studio’s design principal Benjamin G Saxe. It is heavily inspired by the tall trees that are positioned around it, as well as the tangled foliage and raised canopy situated close to it. 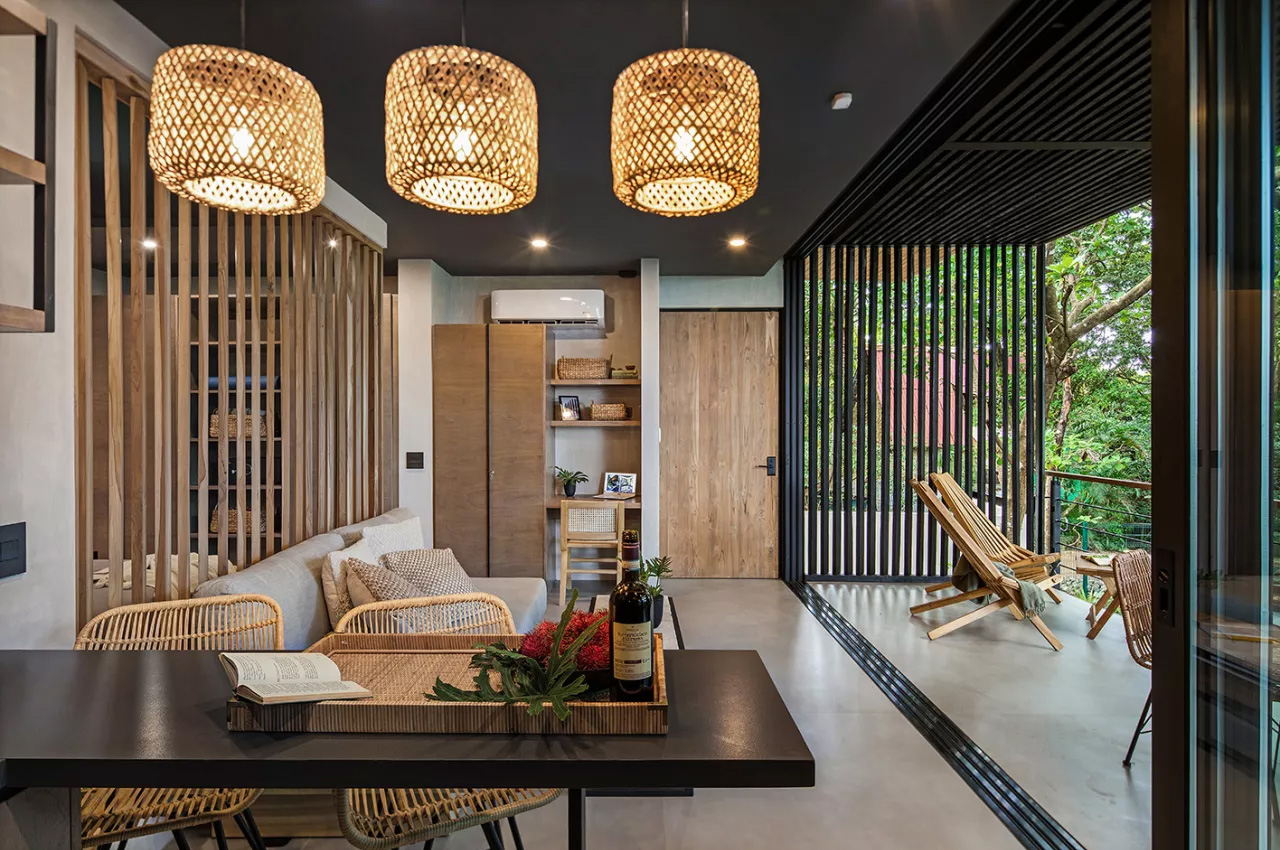 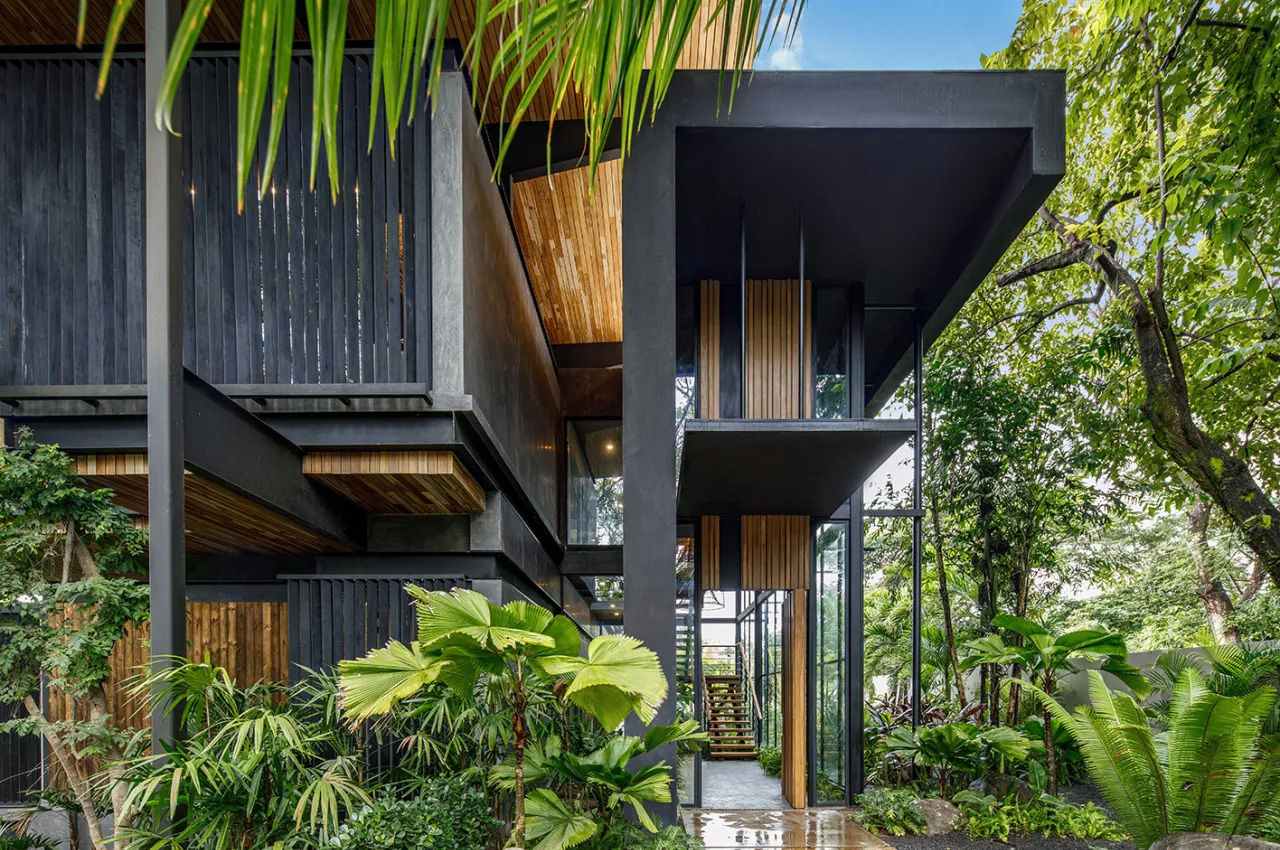 In an attempt to cause minimum damage to the home’s surroundings, every tree on the property was preserved and protected from any kind of harm. The house is built around these pre-existing trees, with most of its volume being broken down into smaller compact elements. The home is almost elevated above the ground, barely touching the land. 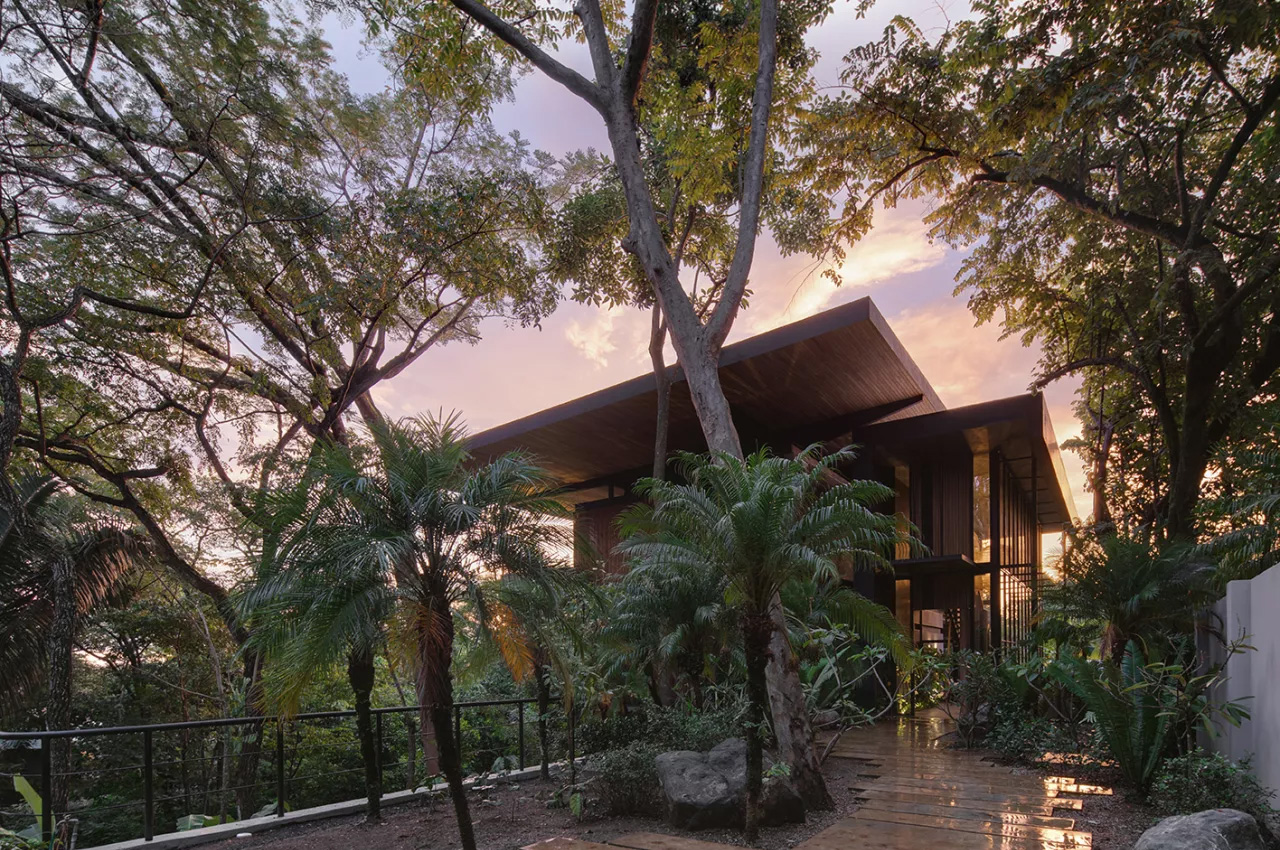 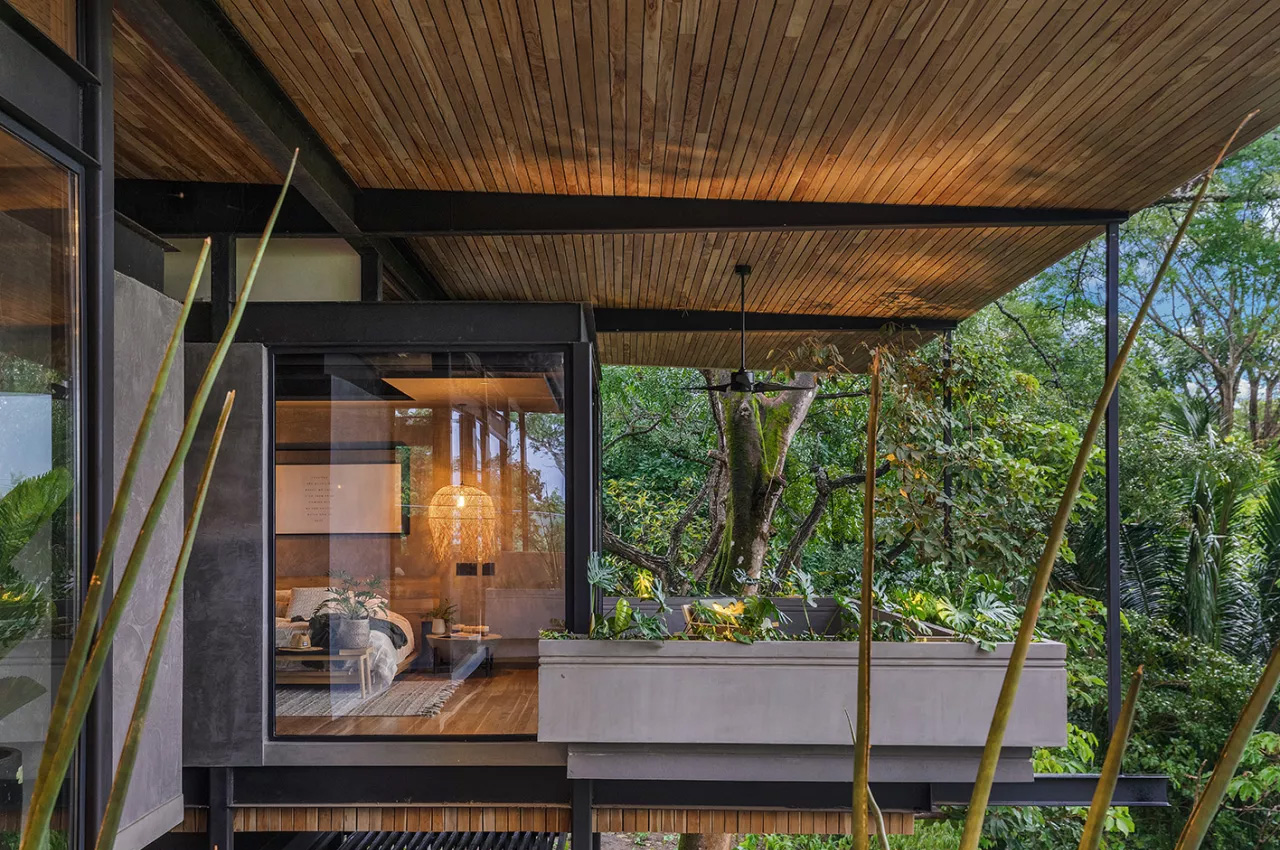 The intriguing arrangement of the home was created so as to allow ‘moments of contemplation’. The Raintree House is marked by open vistas, glass surfaces, and tactile and natural materials, to match the interiors to the exteriors and the green surroundings. The master bedroom and other main living areas are located on the second floor to provide exquisite views and a deeper connection to the landscape. 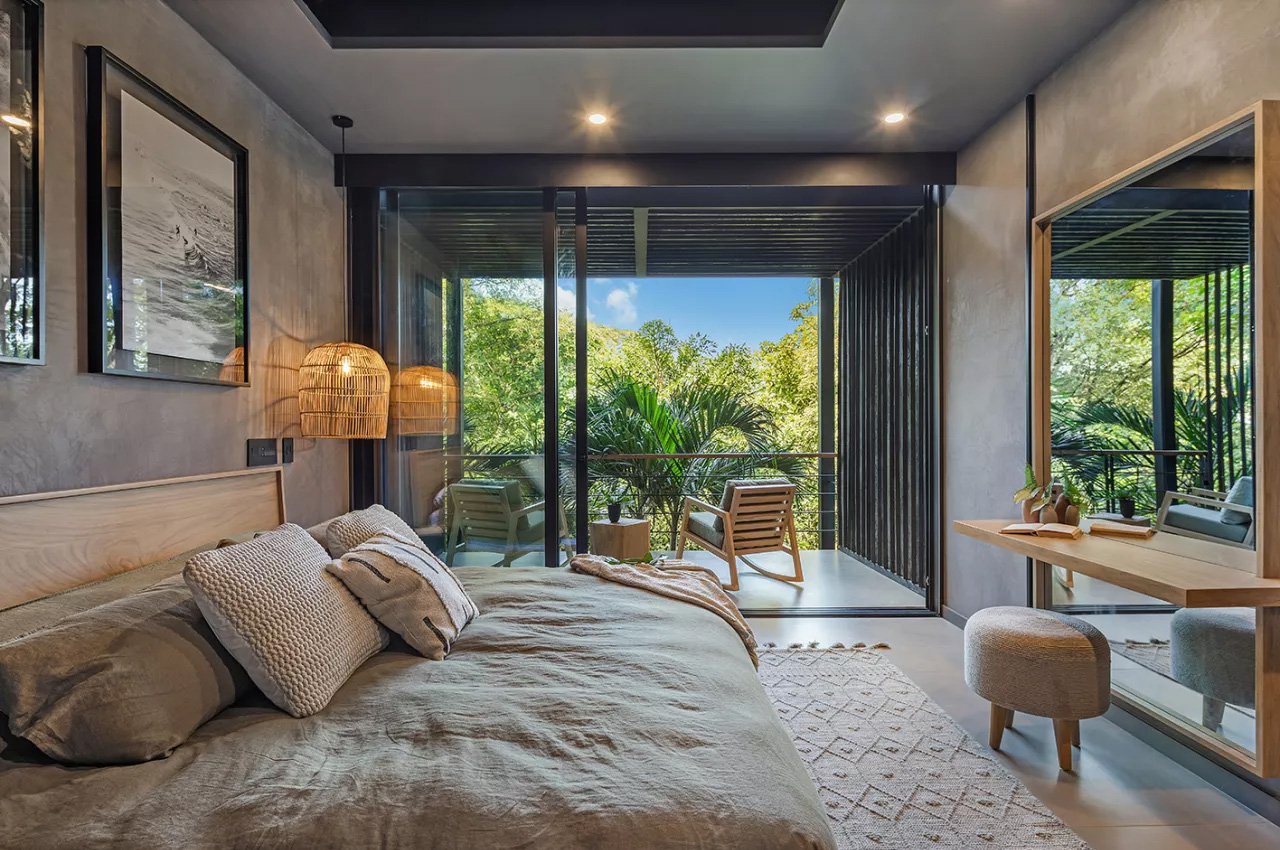 The home was built while catering to bioclimatic principles, which ensure that passive cooling and ventilation are provided in the home throughout the year. This allows the structure to adapt to the intense rains that occur in the region during the green season, and the severe heat during the dry one. The Raintree House is also equipped with solar panels, and water is also reused and recycled in the living space. The materials used to build the house require minimum maintenance, while local crafts and construction techniques were also employed during the construction of the home. 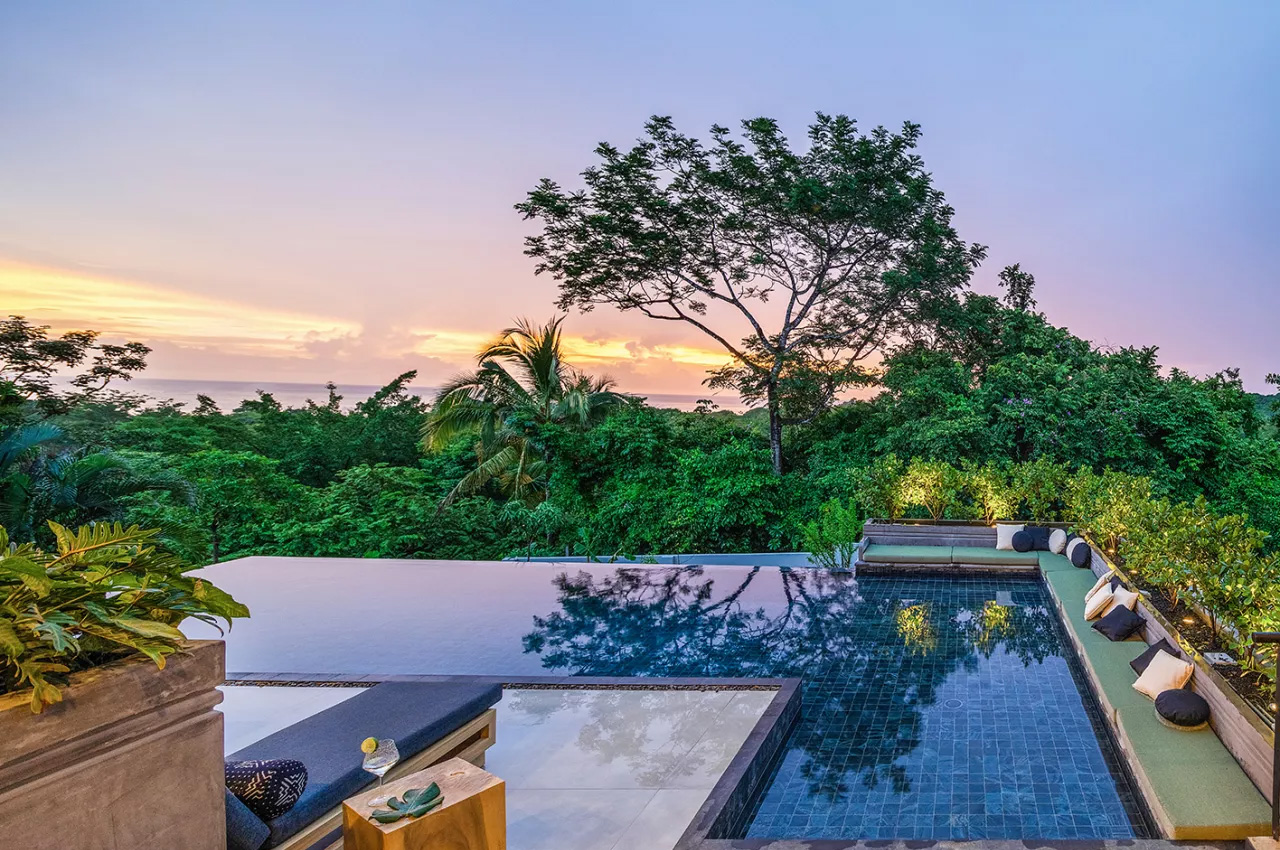 Interesting things happen when architects are hand-cuffed guided by local restrictions and client’s desires. A custom home design more often than not will look like…

https://www.kickstarter.com/projects/fullwindsor/magware-magnetic-flatware My social crusade against plastic cutlery isn’t that it’s just bad for the earth… it’s also just ridiculously flimsy. The very idea that something…