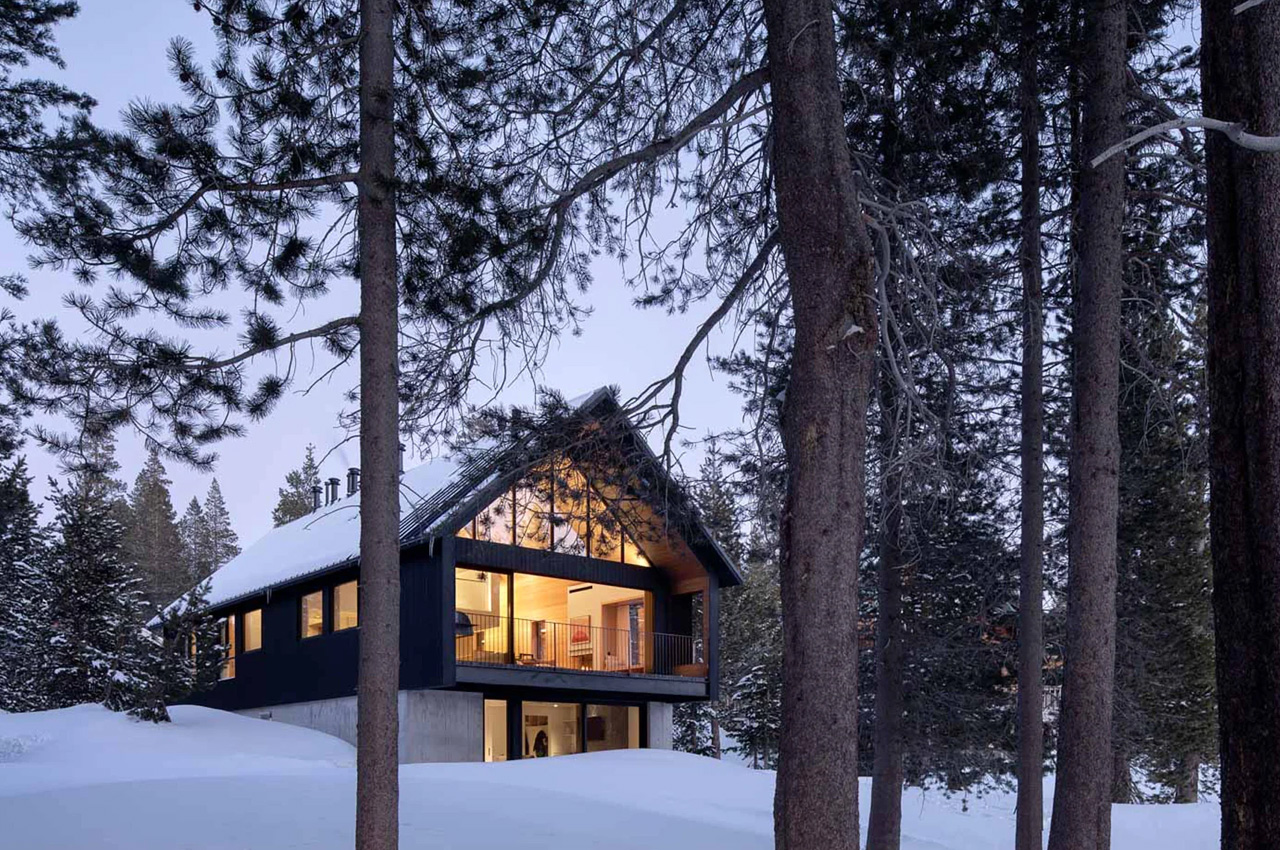 Berkeley-based studio Alexander Jermyn Architecture built a beautiful lake house in Lake Tahoe, California, marked with blackened wood siding, and a steep gable form. Occupying 3200 square feet, the home is tucked away in the Sierra Nevada Mountains, and was built to withstand the extreme climatic conditions of the region. It provides stunning views of the lake, via massive floor-to-roofline windows. 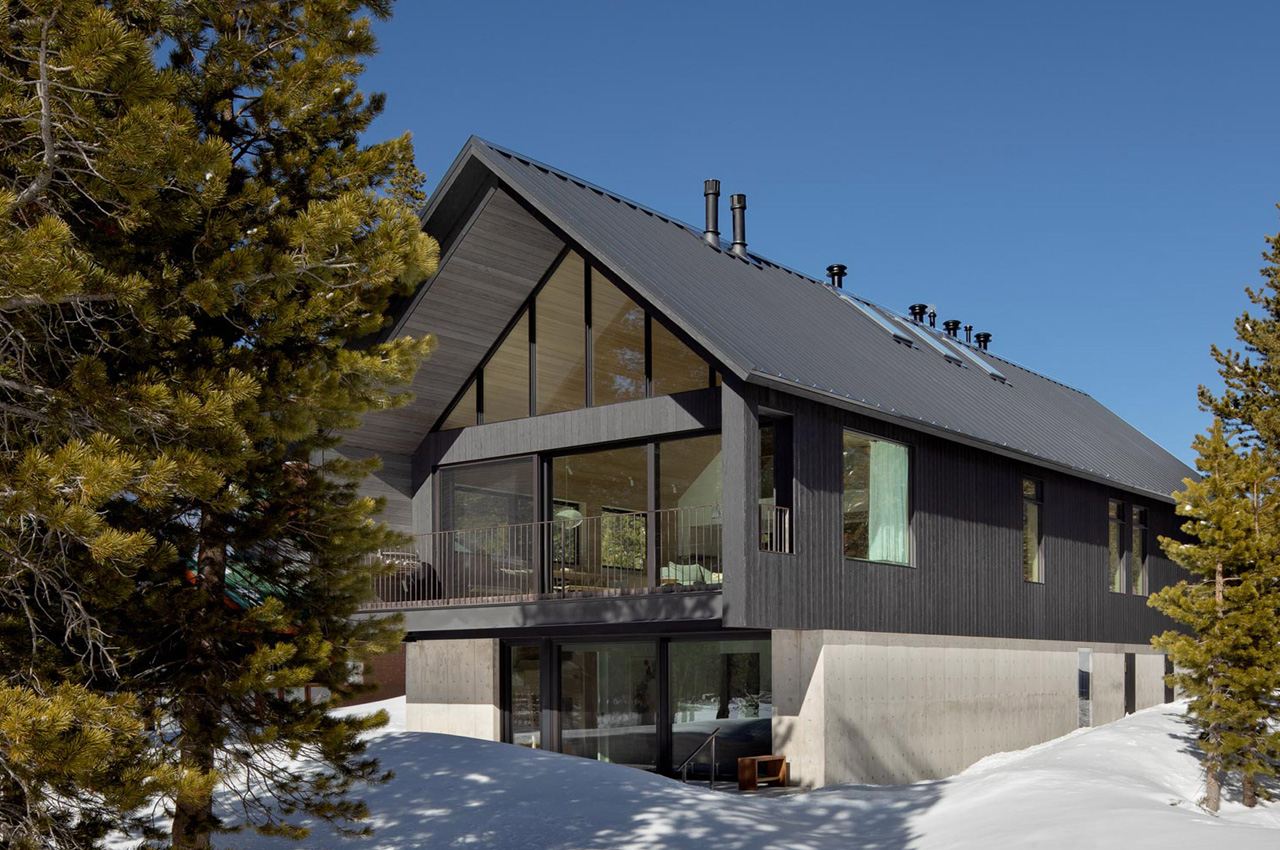 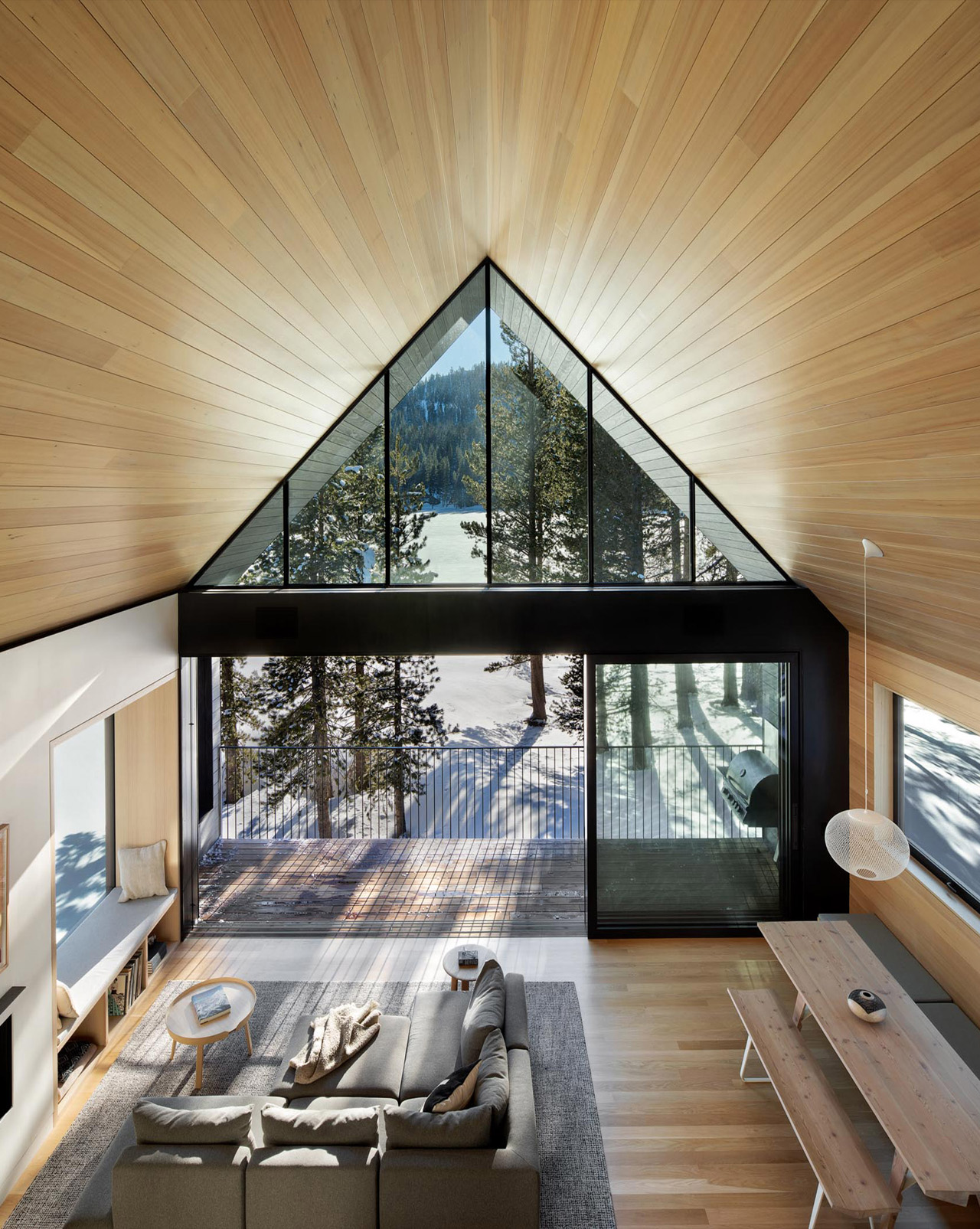 “We were curious how the architecture could have multiple readings. One example was the differentiation between exterior and interior. Although the exterior had to be tough to withstand sun, snowfall, and wildfires, we designed the interior to have a softness and warmth, enveloped in wood.” said the studio.

Named Hemlock, the home is a contemporary and modern twist on typical alpine residences. The exterior of the home features charred wooden walls, which are called Shou Sugi Ban. The walls are supported by a concrete base. Both materials were chosen for their ability to withstand extreme climatic conditions, and high heights. “Mockups of the charred accoya wood were buried over two seasons to test resiliency. The final brushed version of the Shou Sugi Ban was chosen for its preserved finish after the rigors of testing,” said the studio. 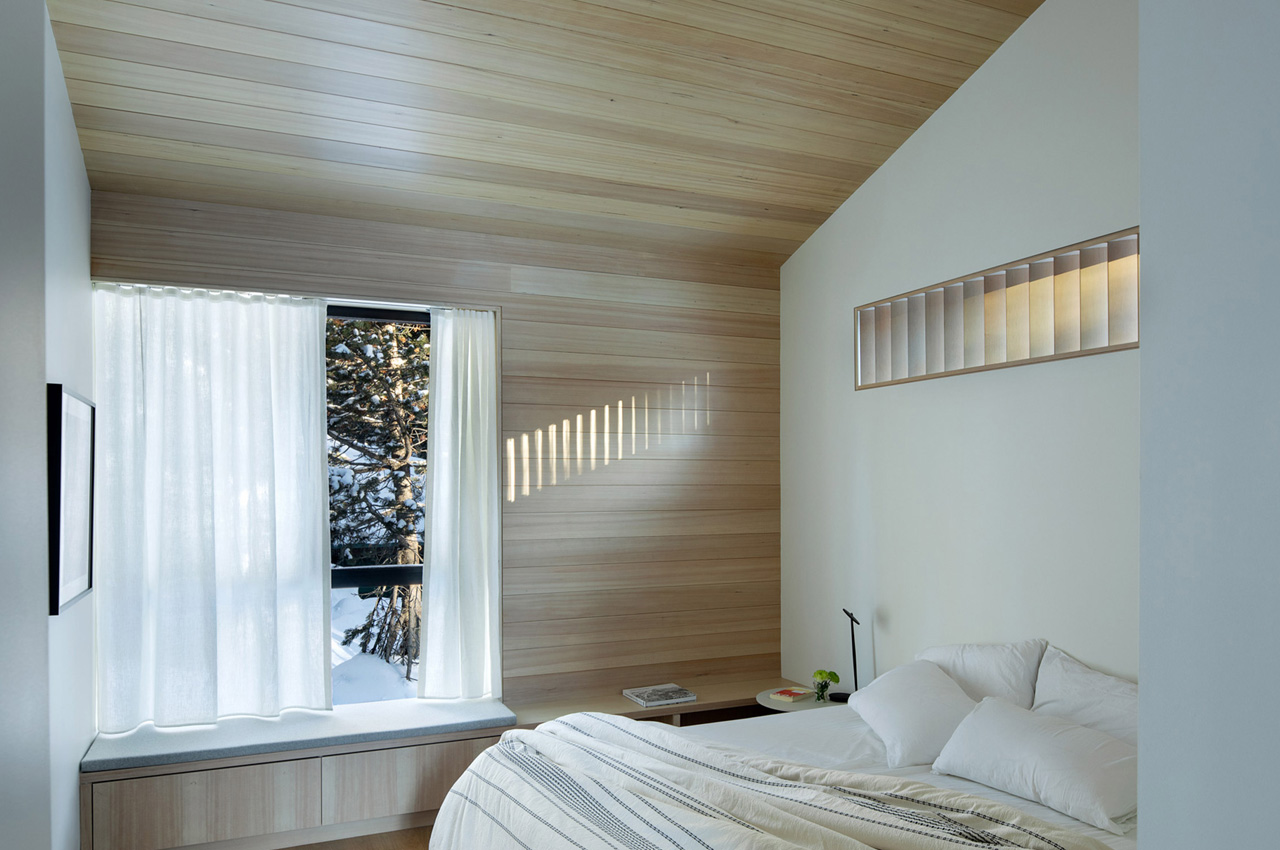 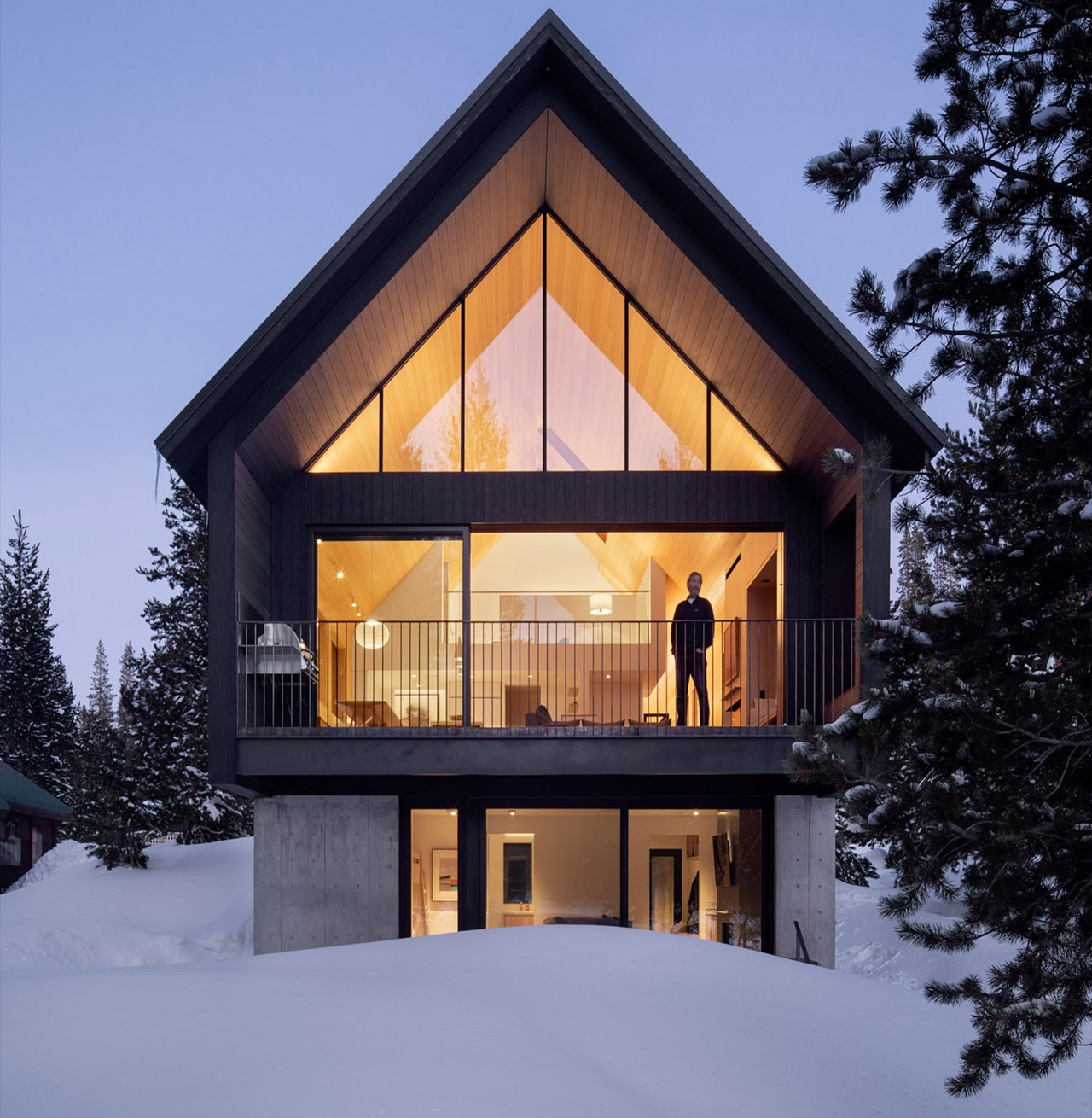 The dark charred wood creates an intriguing contrast against the surrounding environment, and also against the interiors which are light and minimal, accentuated by white walls, and bleached clear vertical grain hemlock “The intent was to find a consistent and economical material that could wrap the entirety of the interior envelope. The lightening of the wood was critical to obtain a more neutral palette that would brighten the space during the daytime hours,” said the architecture studio. 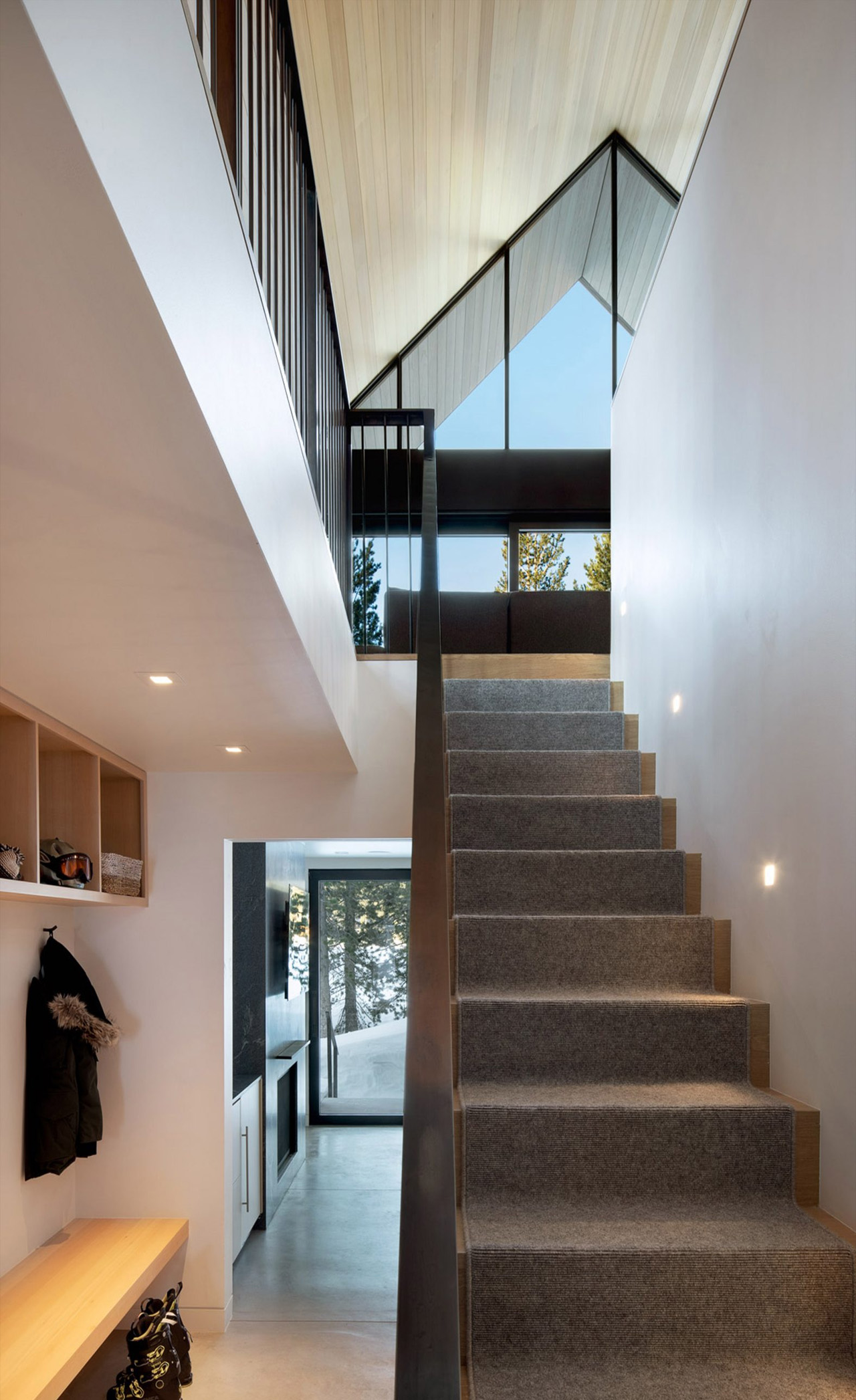 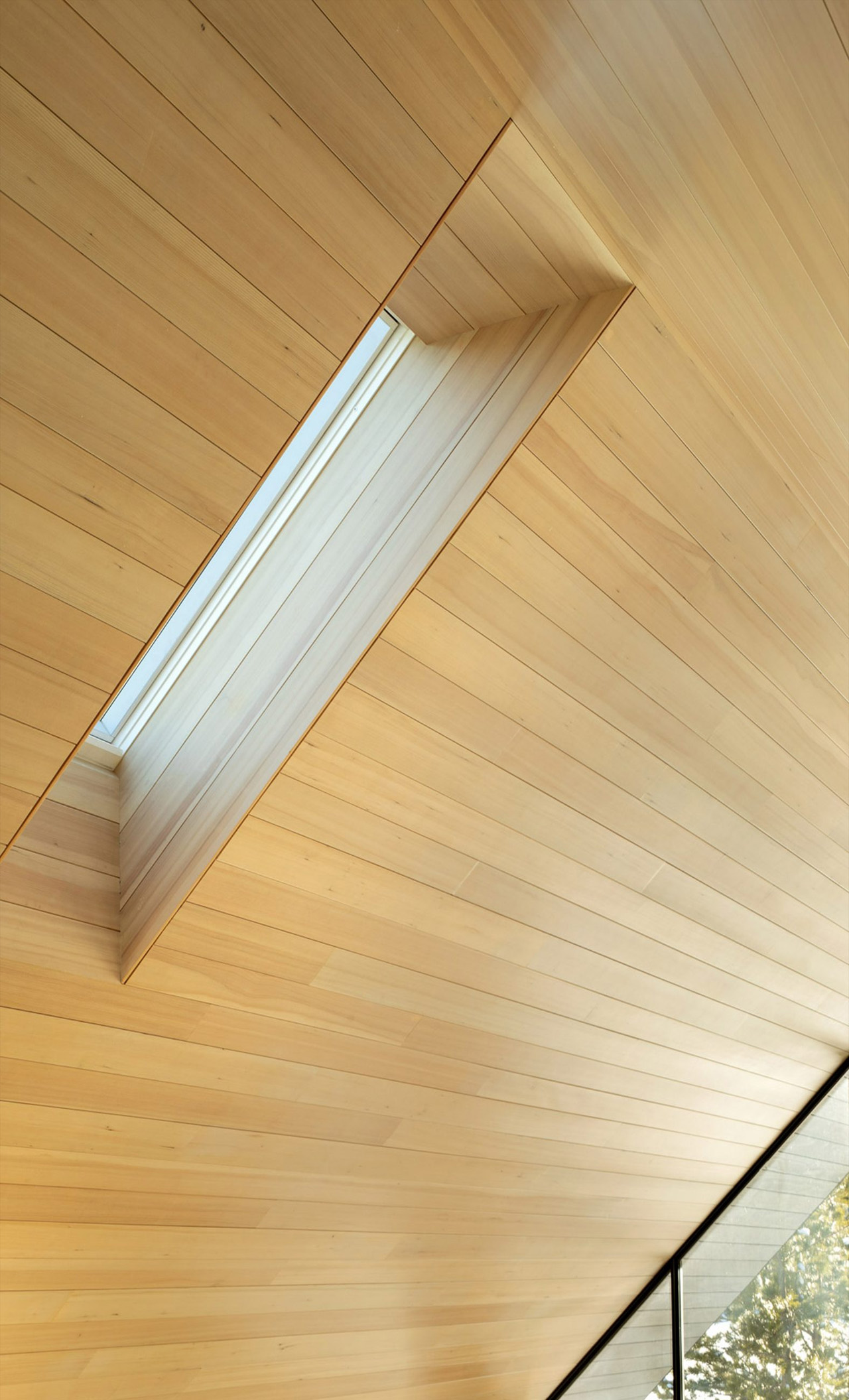 The home occupies a simple rectangular footprint and faces the beautiful lake. The ground floor houses a garage, ski-tuning station, laundry, media room, bunk room, and guest room, while the main floor features the bedrooms, kitchen, and living space that leads to a deck. The gable holds an artist studio mezzanine level, which is illuminated by skylights. The walls have been integrated with benches and nooks, to create a more compact and simple floor plan. The floors are connected via a staircase equipped with patinated steel pickets, and a railing. “The steel pickets disappear into the wood floor and treads to allow the plane of the floor to be continuous and uninterrupted,” the studio concluded. 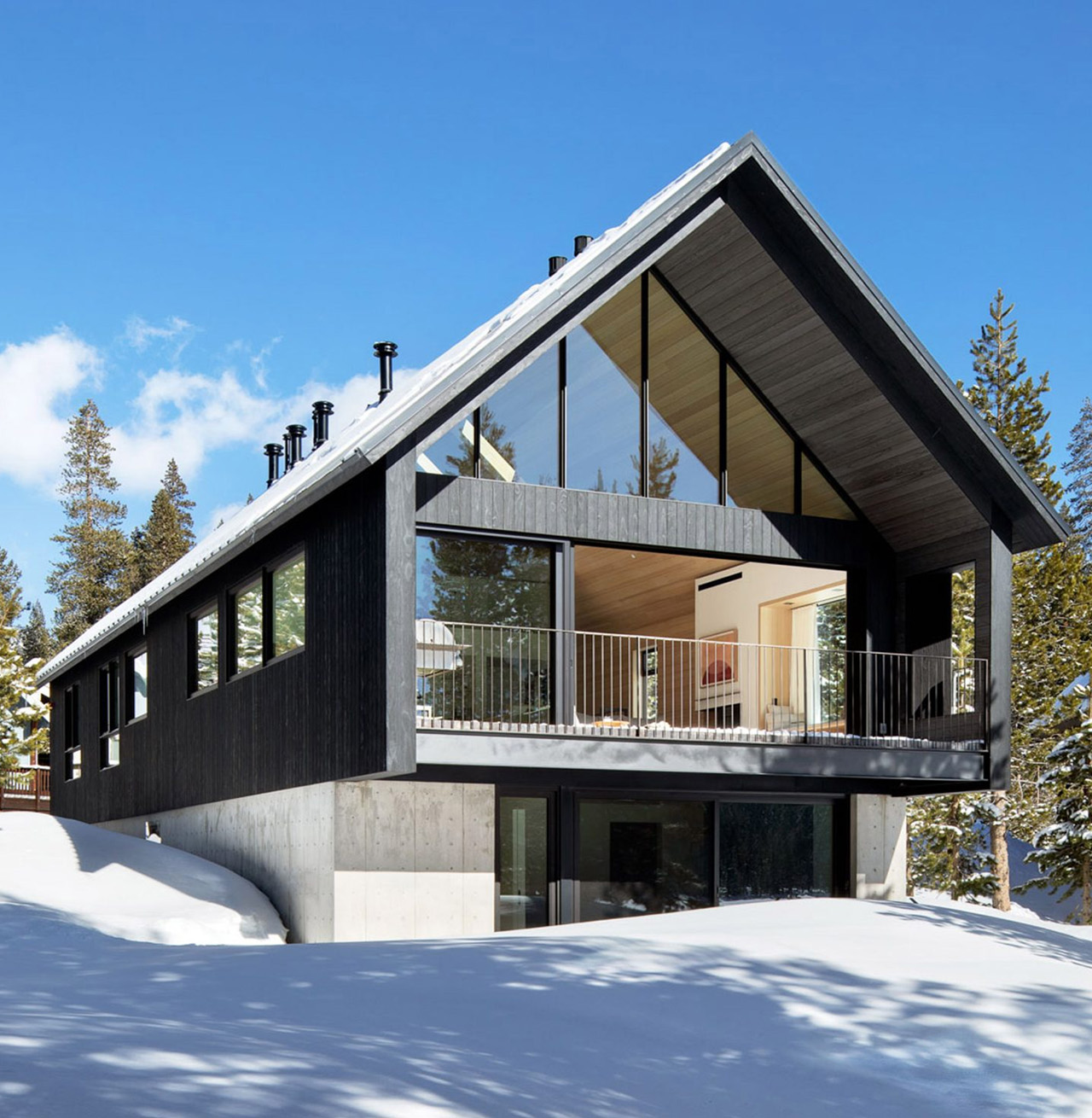 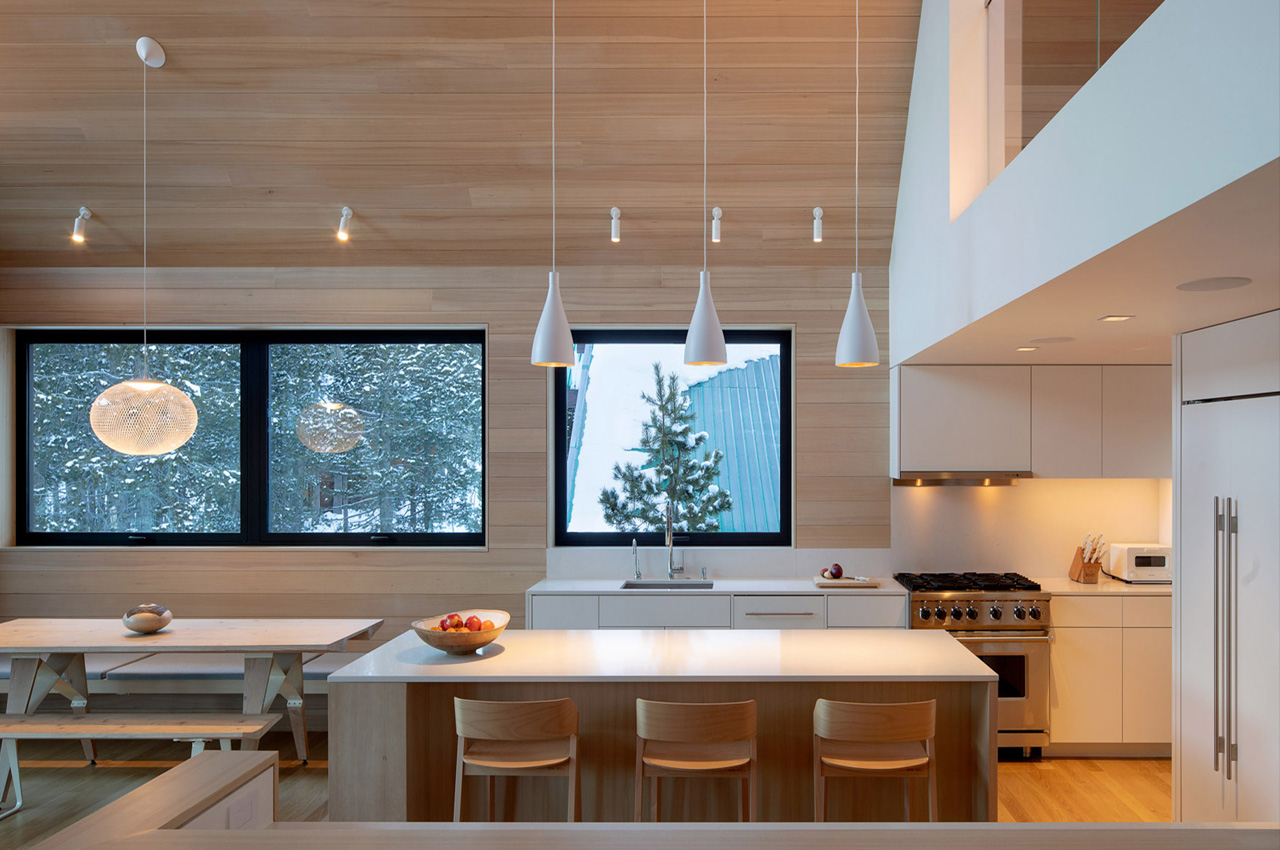 Ever since the pandemic, escapes to secluded local destinations have become the norm which means more cabin designs for us to explore! This is Cabana,…

There’s something about wooden architecture that is simply so humble and endearing. Wood has been a material of choice for construction for ages galore. Wood…

This DIY tiny home on wheels is a modernist haven inspired by desert architecture!

The world’s first triple net-zero development is here to push the boundaries of sustainable architecture!