Some office workers swear by having more than one computer monitor to boost their creativity. Others, on the other hand, believe it’s just a distraction disaster waiting to happen. For those working at home or on the go on their laptops, the debate is moot anyway since they are forced to use one and only one screen. There have been attempts to “fix” that situation, either with laptops with multiple screens or attachments that give laptops a hefty makeover. It’s easy enough to smirk at these attempts, especially because of how clunky and clumsy they can be, but one somewhat recent attempt does offer a bit of refinement and finesse to hopefully give mobile workers the productivity edge they’ve wished for. 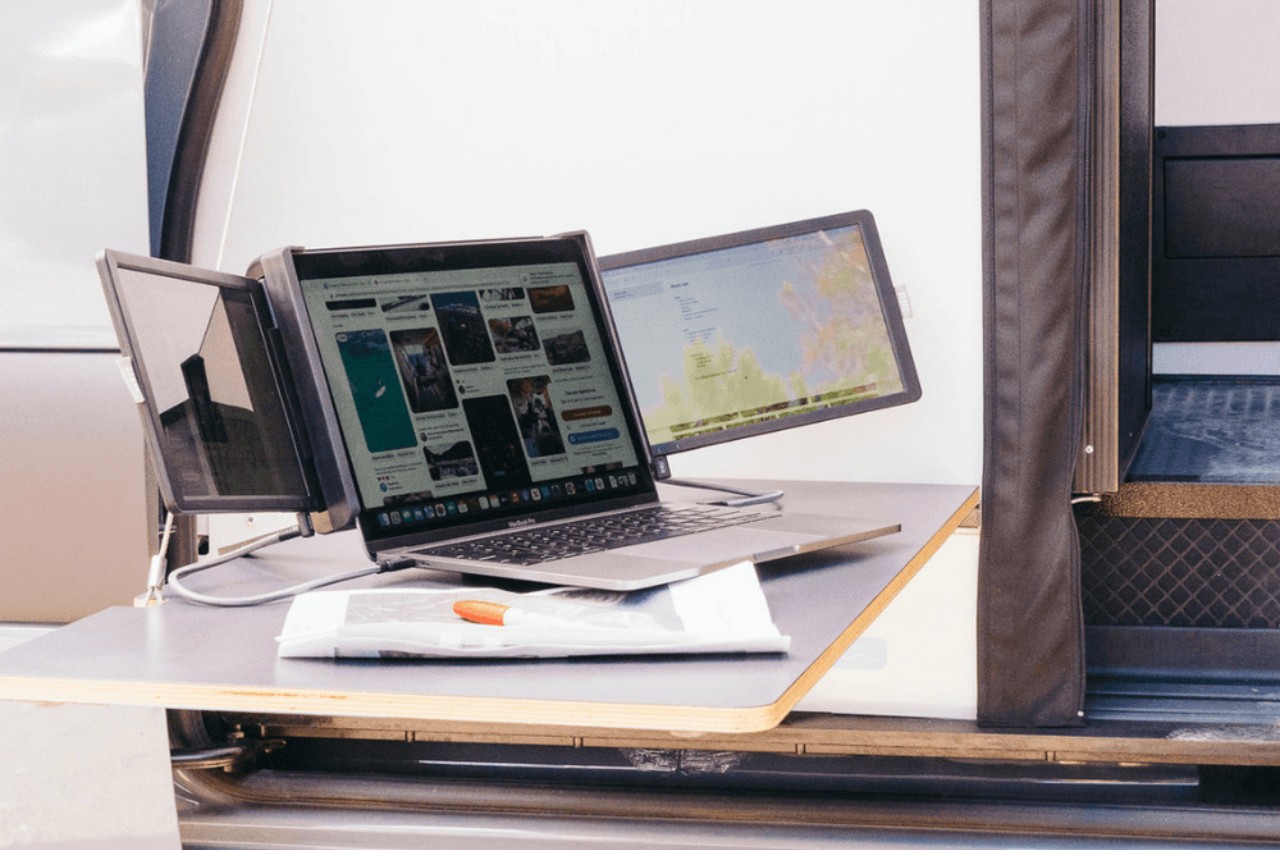 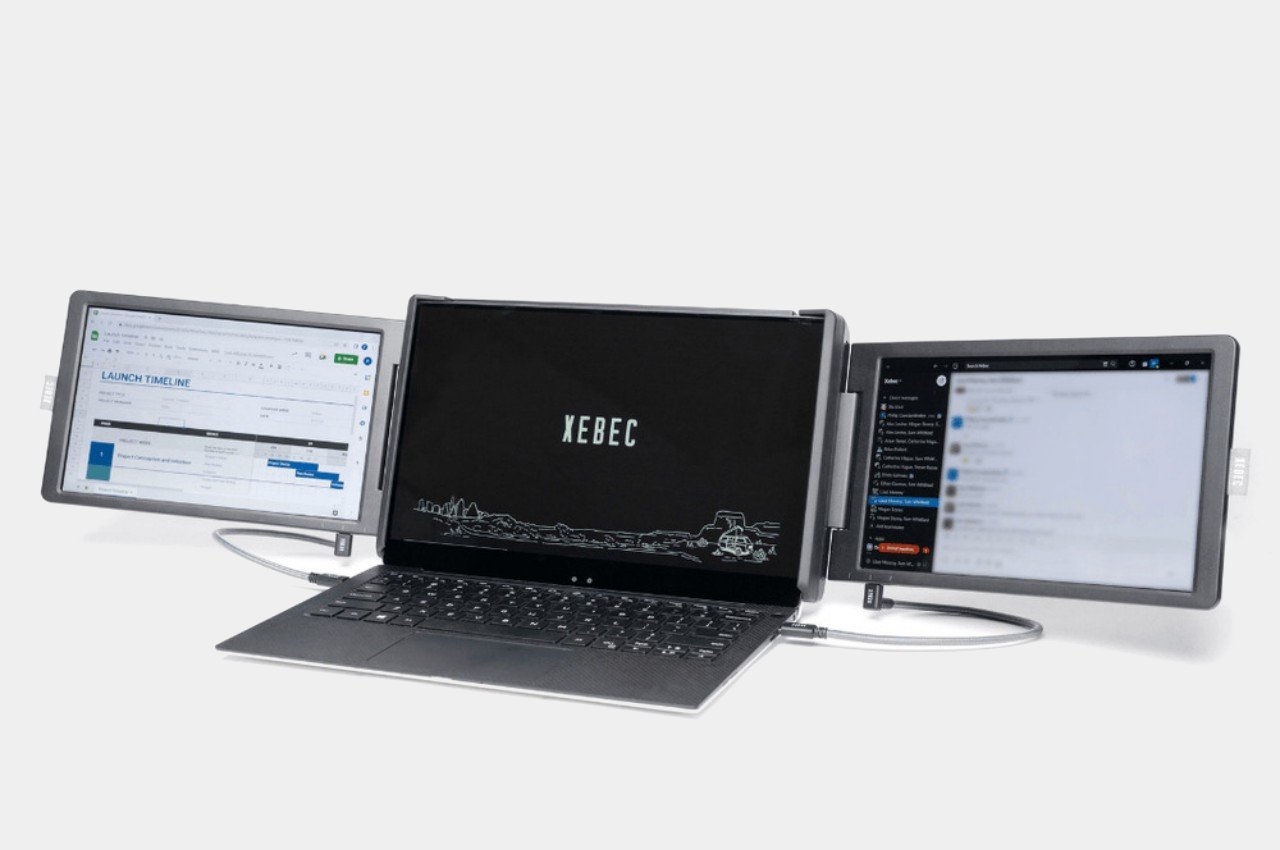 To be honest, there is really no way that a laptop with screens hanging off its sides won’t look unusual, to put it kindly. At least not by our current standards that have been weaned for decades to accept that laptops have only one monitor in front of the user. The future might hold a different attitude, but until people get used to seeing multi-screen laptops, some people are going to be laughed at. Then again, users of this kind of accessory probably won’t care as much about other people’s opinions as long as they end up a wiz at work. 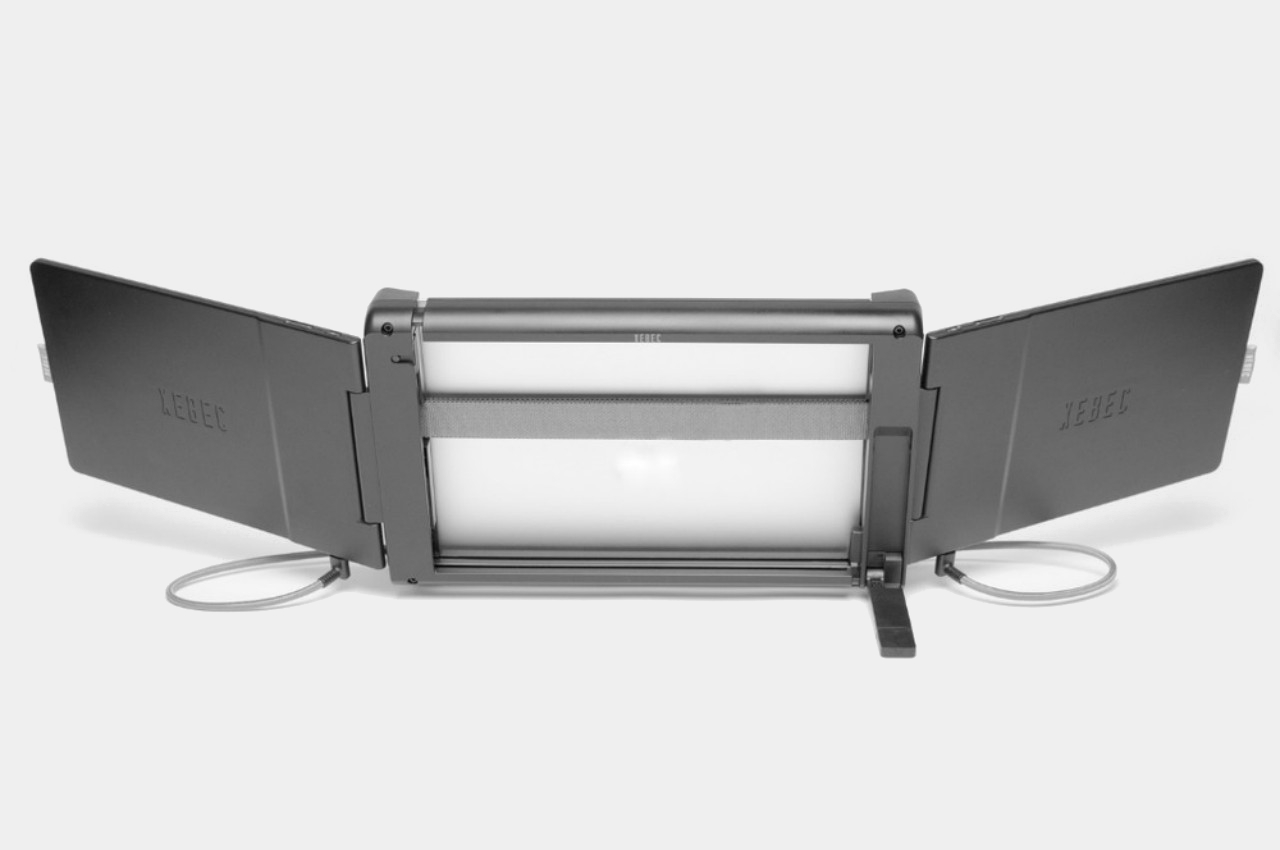 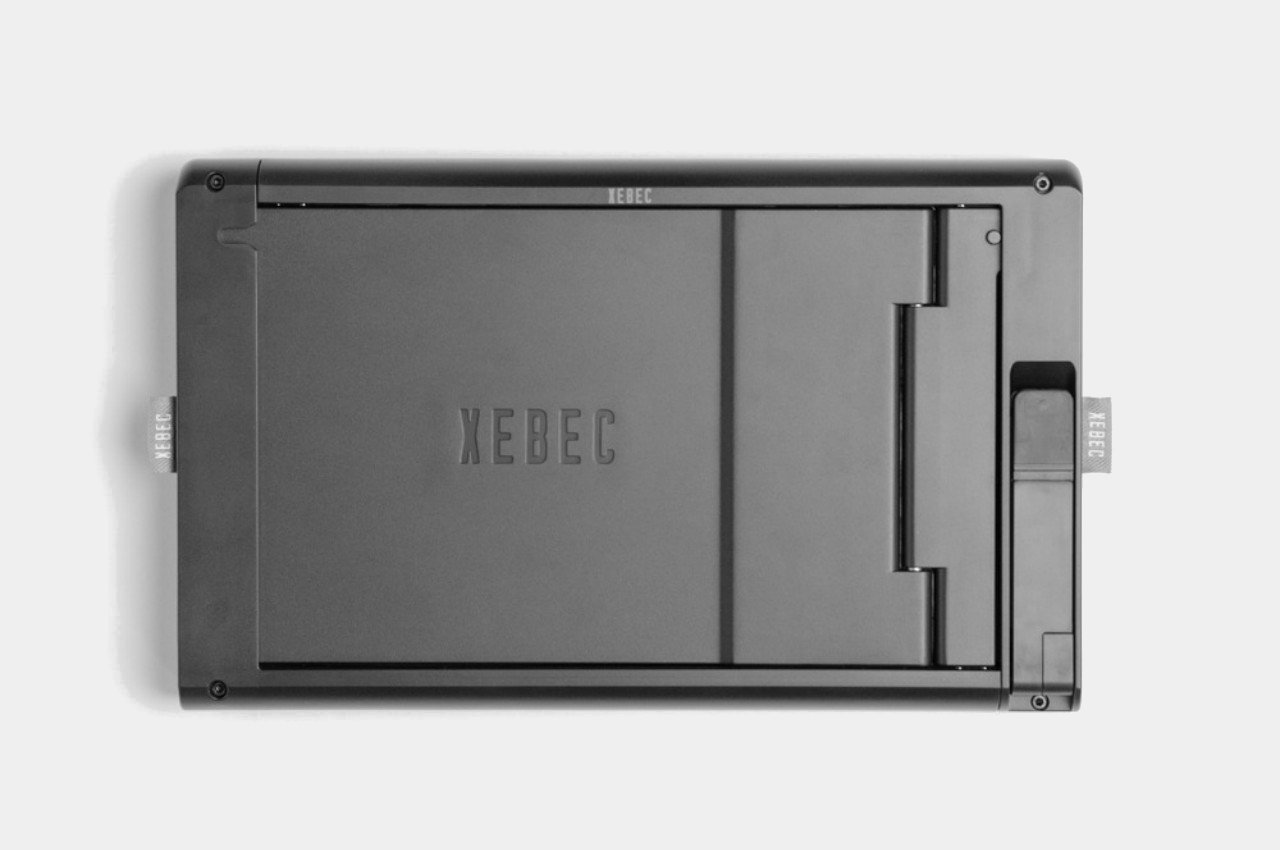 Xebec’s latest design for its Tri-Screen accessory is admittedly rather smart. One of the biggest hindrances to attaching more monitors to a laptop is how they need to take into account different laptop sizes and designs. To solve this puzzle, the Tri-Screen 2 borrows a design from smartphone game controllers that use elastics and telescopic mechanisms to accommodate different phone sizes. With this, the base attachment can grip almost any laptop screen size and doesn’t require screws, adhesives, or magnets. 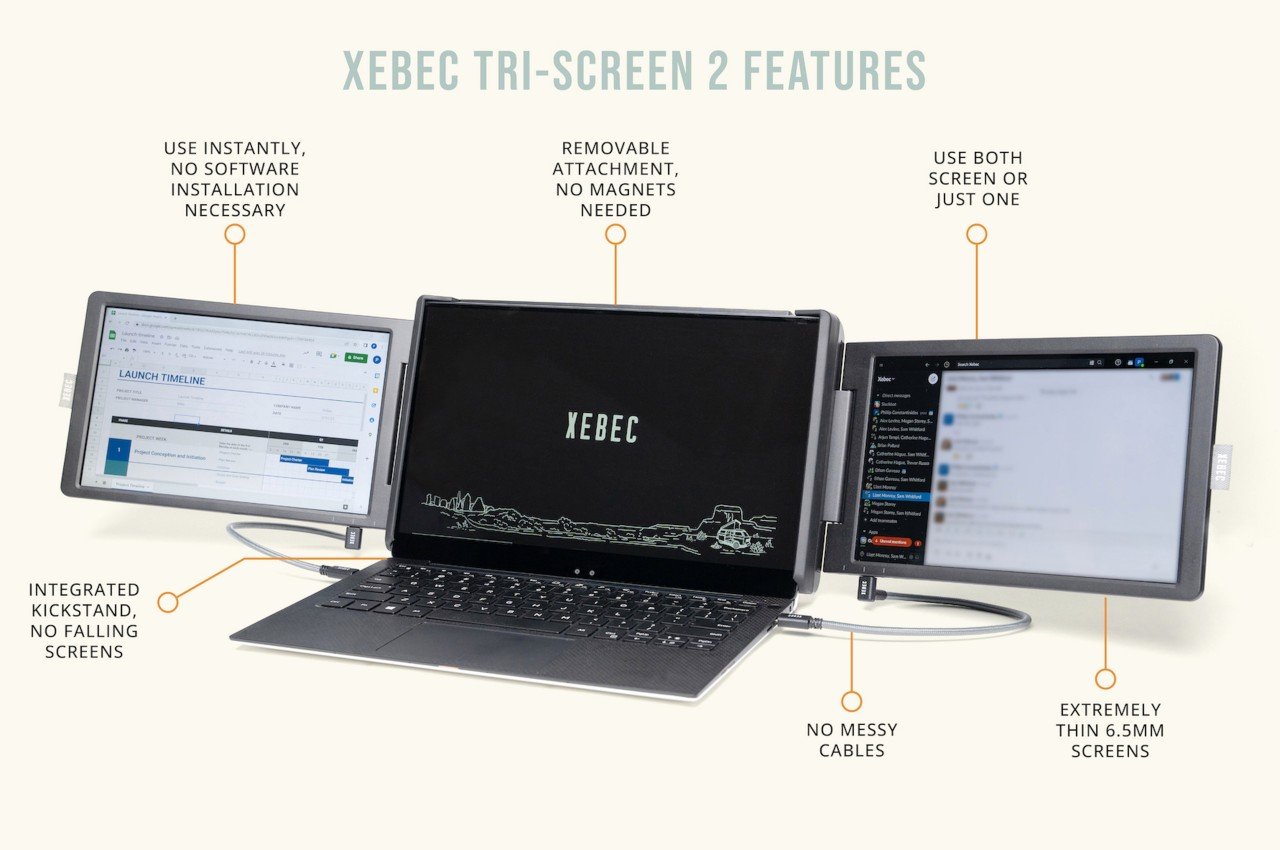 Two 10.1-inch Full HD screens slide out of this module and independently connect to the laptop, which does mean that the laptop needs to have enough ports to support two external displays. A small built-in kickstand keeps the laptop’s screen from falling backward from the weight, another inherent problem for accessories that add heavy screens and frames to a thin laptop lid. In order to keep the assembly lighter, however, the Tri-Screen 2 doesn’t pack its own battery and instead sucks from the laptop, another consideration to keep in mind when using it away from a power outlet. 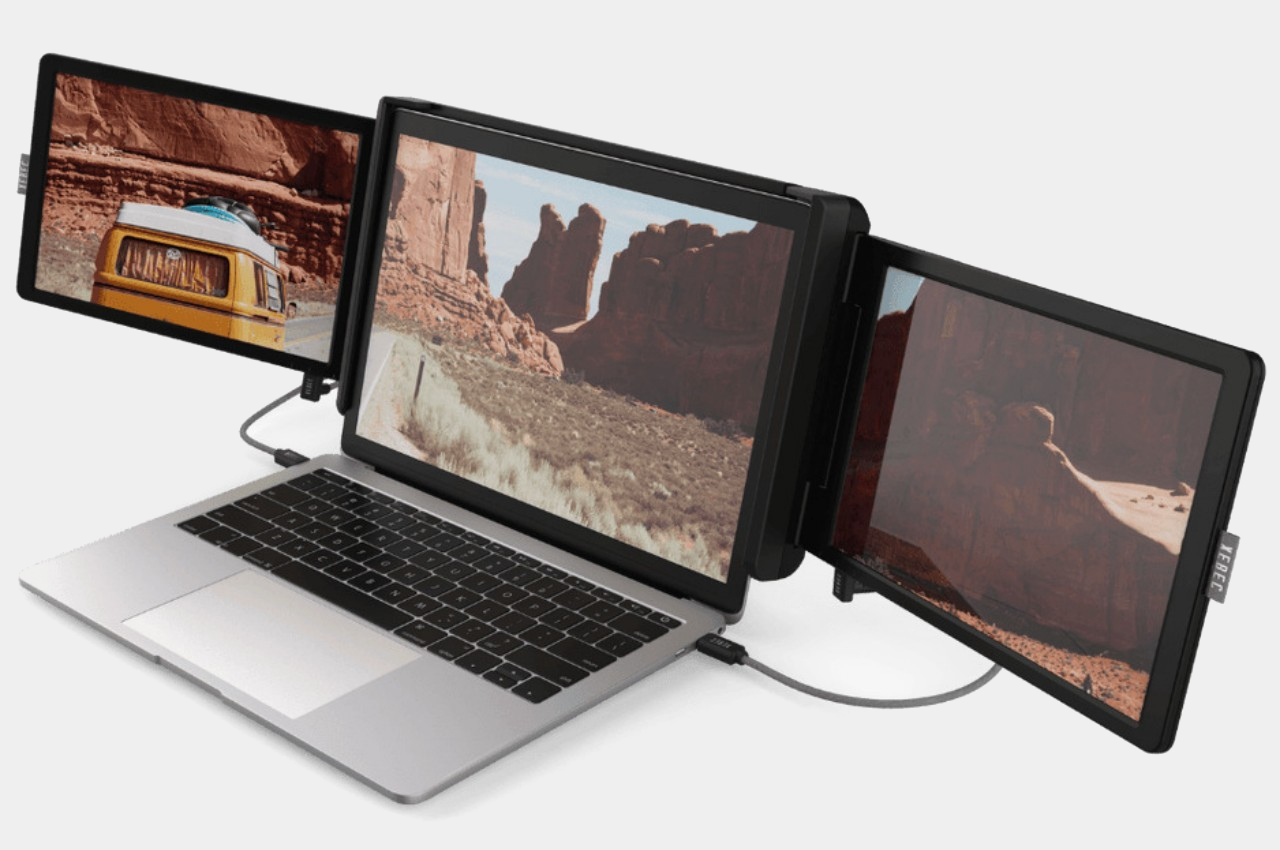 It is, of course, arguable whether such a design will get in the way rather than help your productivity, but it’s definitely more convenient than one of those portable monitors you’d have to set down on a table. The expanding base is definitely a nice touch to be able to accommodate more laptops, but it remains to be seen how durable that elastic material will be and what effects the pressure might have on the laptop lid’s integrity. Like with the laptop itself, it’s always a matter of weighing pros and cons, and those who will grab this Tri-Screen 2 better see plenty of Pros to use something like it. 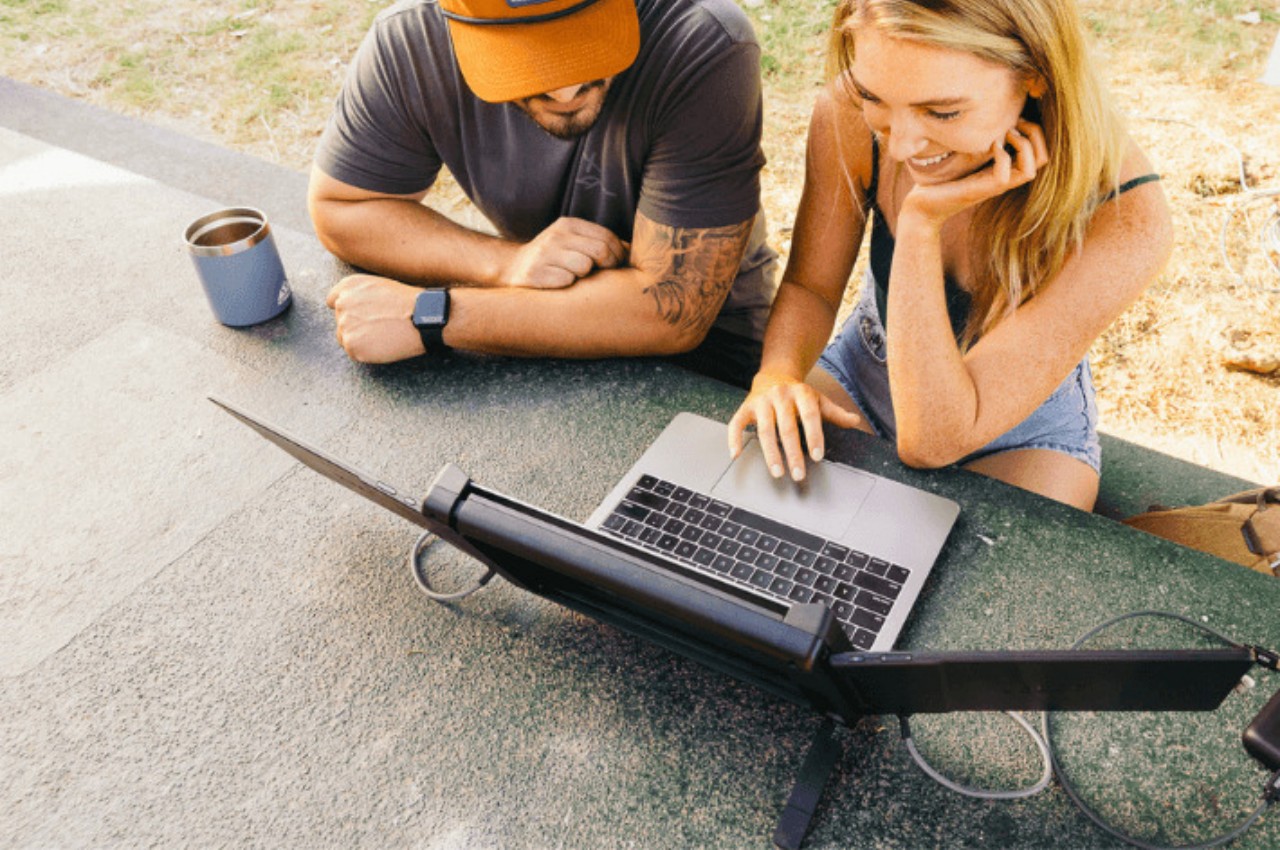 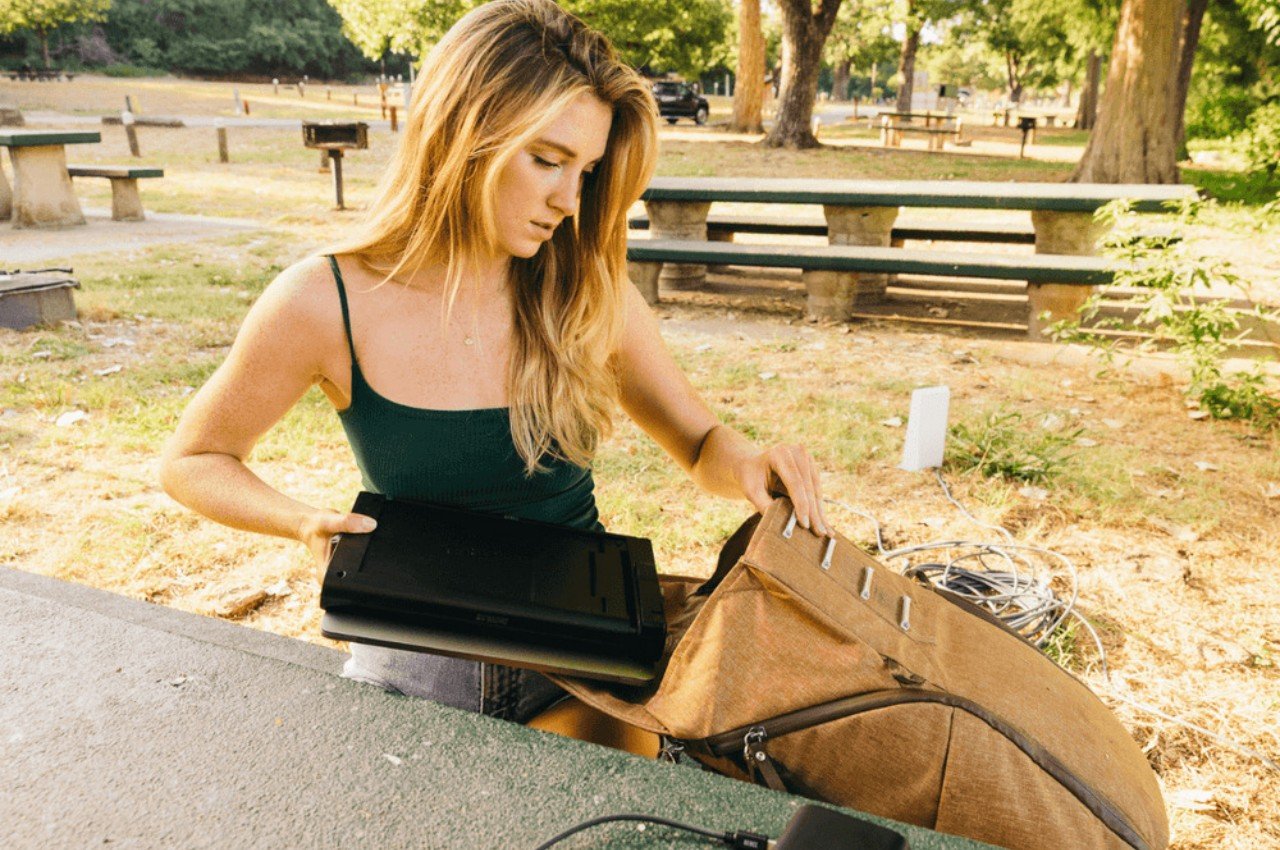 Think like a Novation Launchpad or an AKAI MPD, but in the shape of a drum kit. Codenamed the ‘Collector’, this futuristic vision from the…

8BitDO morphs NES Gamepad into a wireless charger – because why not!

The classic gamepad with the Nintendo Entertainment System was hard to live with due to its boxy corners, but gamers loved it to the core…