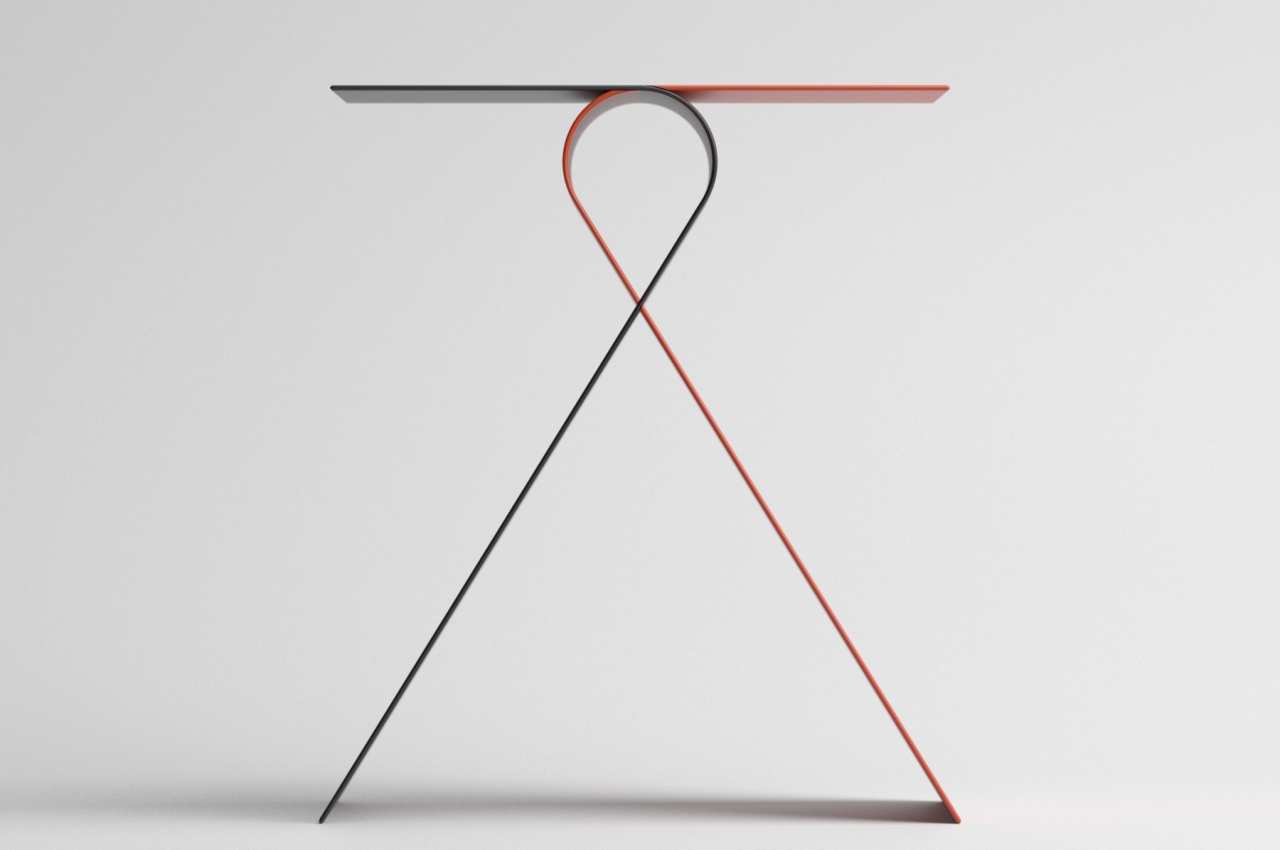 We all try to achieve a certain degree of balance, whether it’s in our lives or at least in the items we possess. There’s almost something natural about being in a state of equilibrium, and our eyes and minds find well-balanced objects to be pleasing and almost calming. Of course, neither life nor nature is as simple as that, and we often find ourselves beset by conflicting and opposing factors. Finding a stable middle ground between two sides is a major part of life’s journey, and this curious side table makes that struggle visible and real in a design that is both mind-boggling and practical as well. 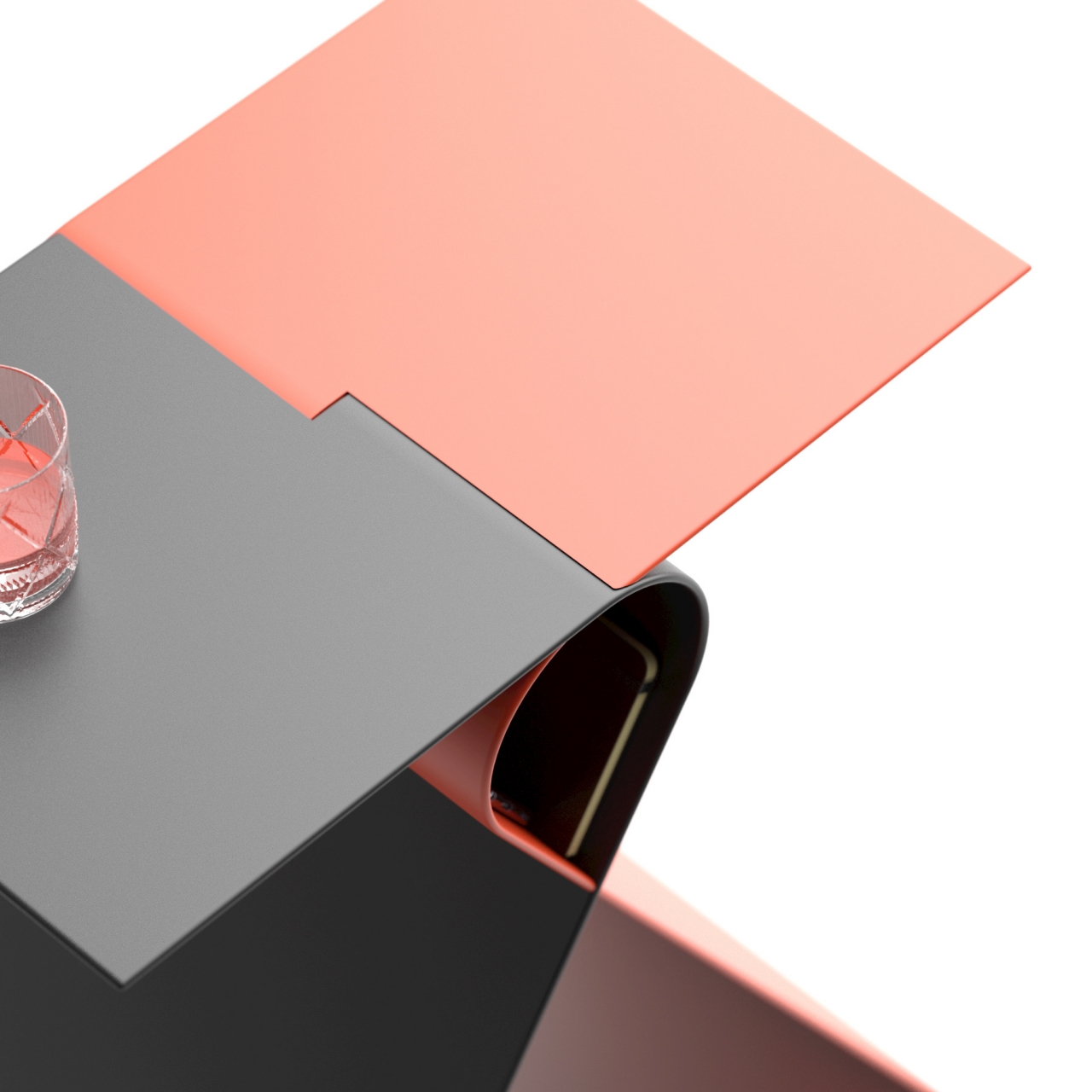 At first glance, the Shaolin side table almost looks unstable and unreliable. The tabletop is a simple flat rectangular piece that rests on top of a curve that forms the head of a ribbon-like shape. Of course, the imbalance is only an illusion, but it’s enough to make one pause in the uncertainty of whether the tabletop will topple over on one side or the other. It’s like the balancing act that martial artists like the table’s namesake perform. 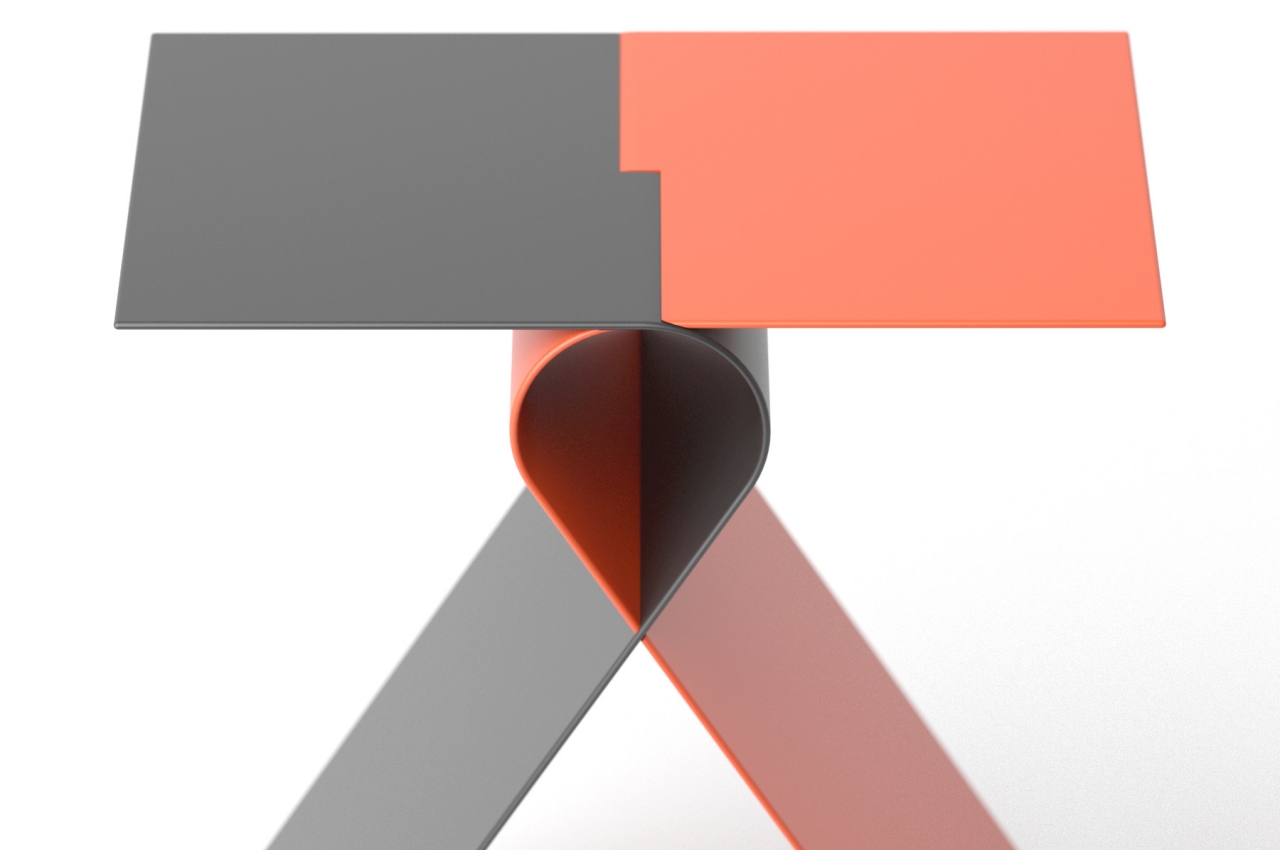 In reality, the two parts of the table are not its top and its legs but rather the two halves that make up its left and right sides. These boomerang-shaped sheets of metal interlock perfectly to the point that they support each other to make the table stand and carry the weight of whatever is put on top. It’s almost like it’s the tension of the forces between the two pieces that makes it possible for the table to be so well-balanced. 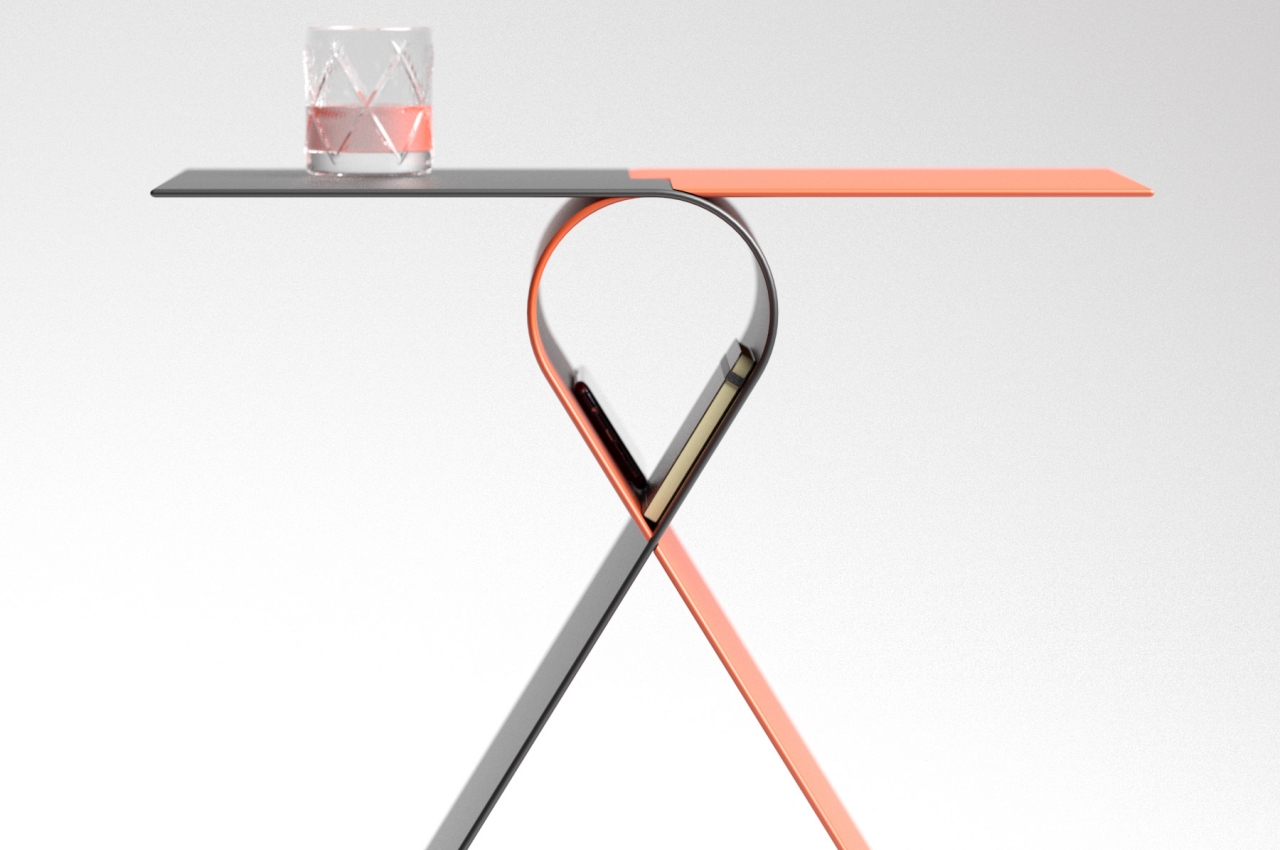 In addition to its form, the colors of the side table also create a contrast that balance each other in the end. The red and black motif is often used as complementary hues in visual design. Computer scientists might even recognize the association with a certain “red-black tree” that is considered to be a self-balancing data structure. 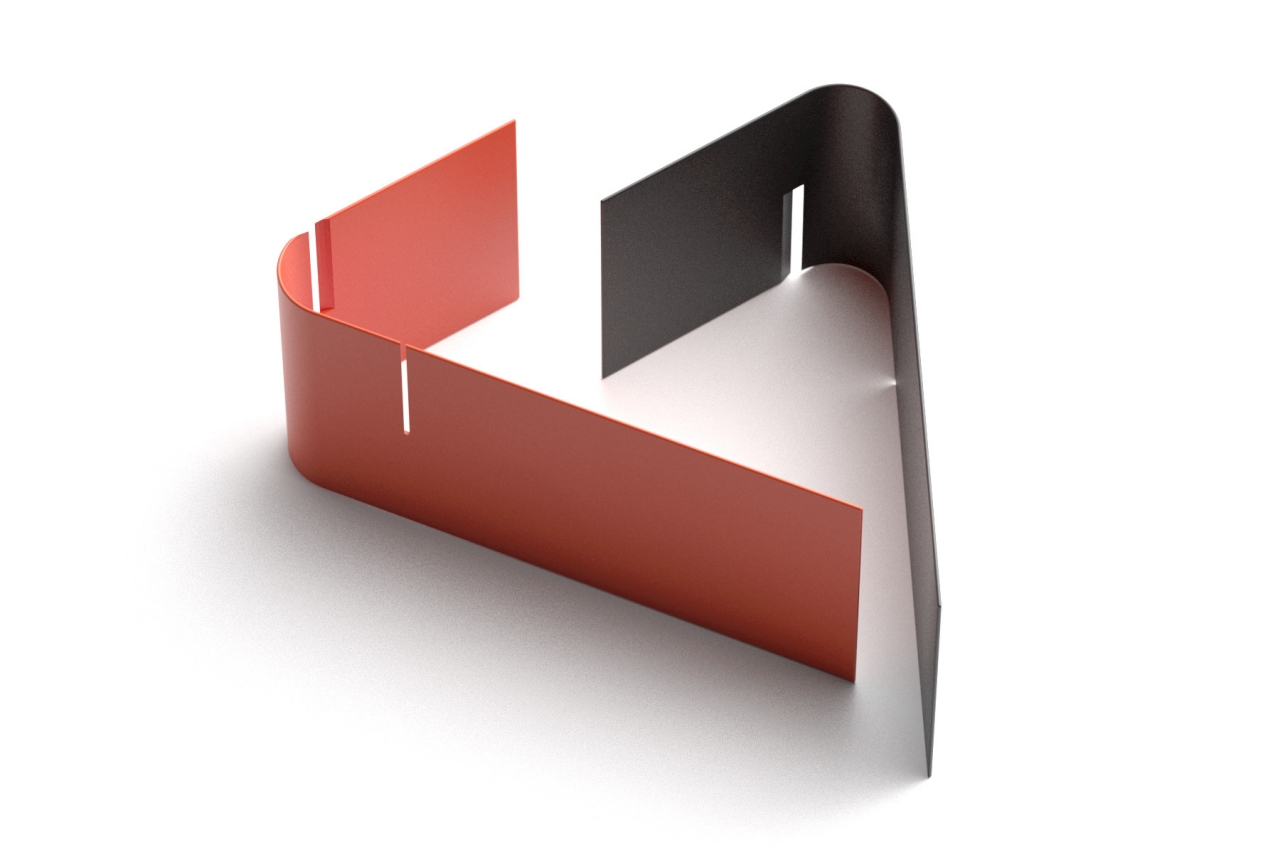 It’s also almost metaphorical that the overlapping and opposing forms create a small space in the middle where you can safely place some of your important stuff. Of course, given the inclined sides, it won’t be a good place to put things that will easily break when that balance is perturbed. It’s still a convenient location for books, a phone, and other transient objects that make their way to your hands as you try to juggle and balance the sometimes opposing demands of life. 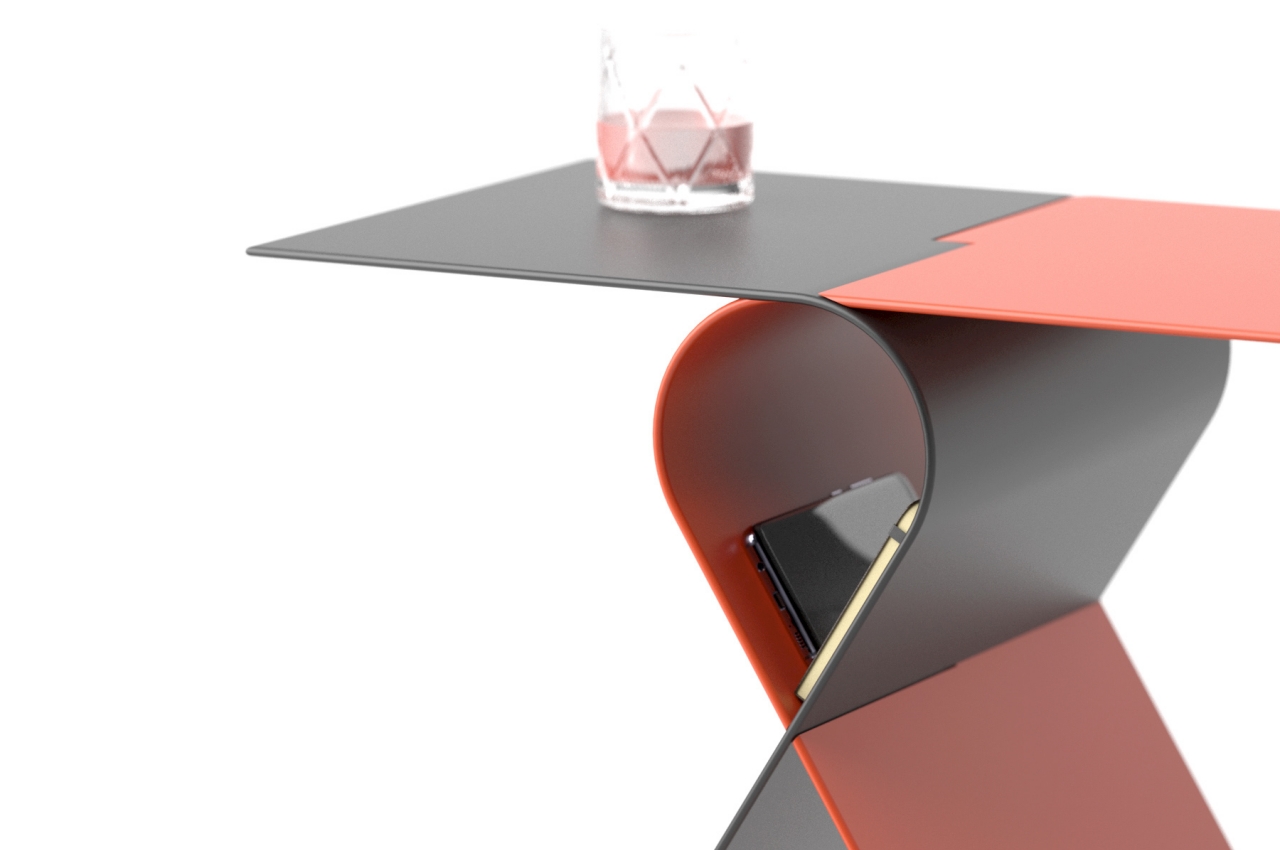 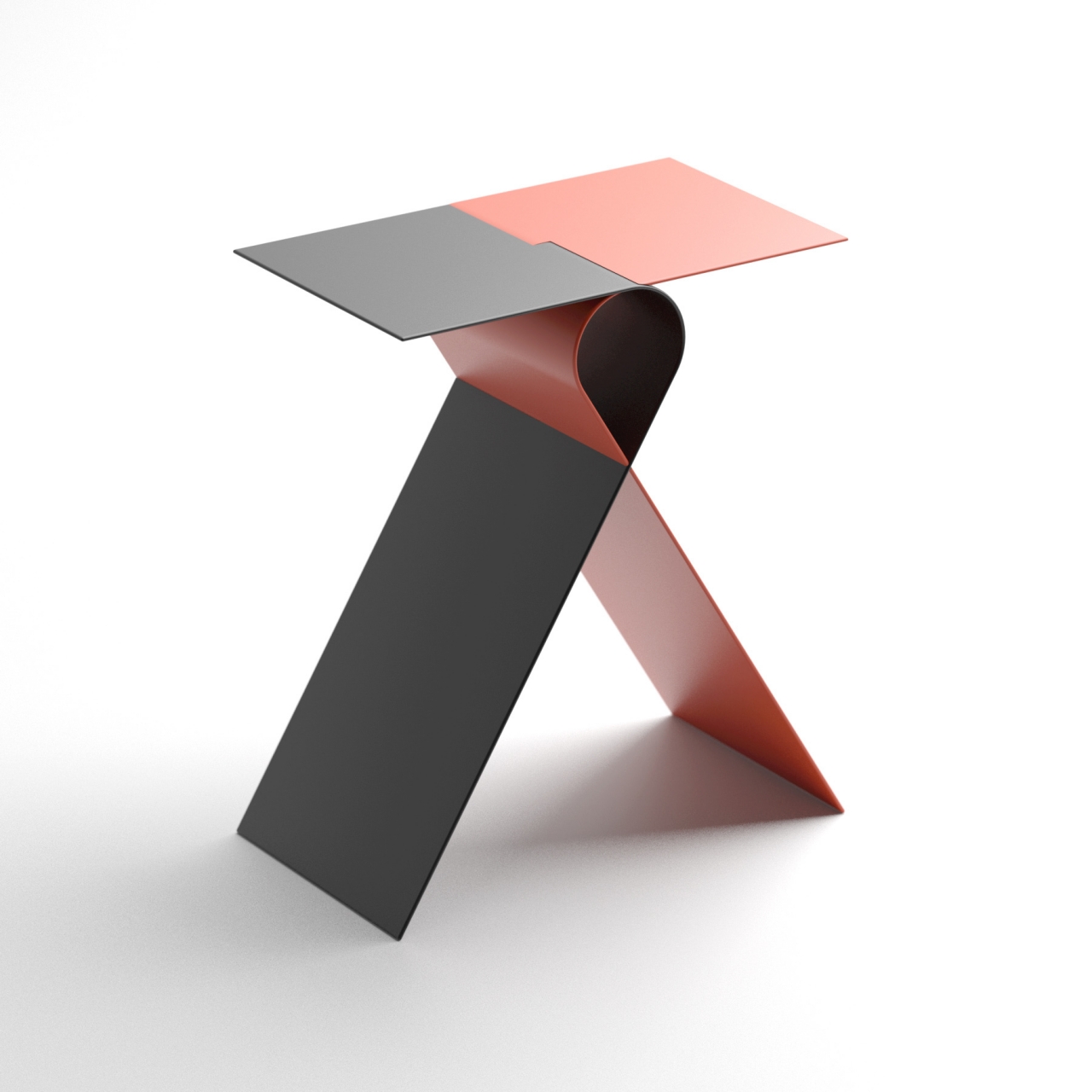 This Nixie clock and radio with a Hi-Fi speaker is for audiophiles who savor pure vintage!

In times when we all are so accustomed to platter-served music on our cloud streaming services like Spotify or Tidal, the good old radio is…

Mountkestrel, a Curve Creative brand, is paving the way into a new era for a camera mounts & accessories with their premiere design, the Duopod….

Nowadays, speaker designs are getting innovative by the day! However, there’s a certain appeal to modular speakers that I simply cannot deny. One such example…