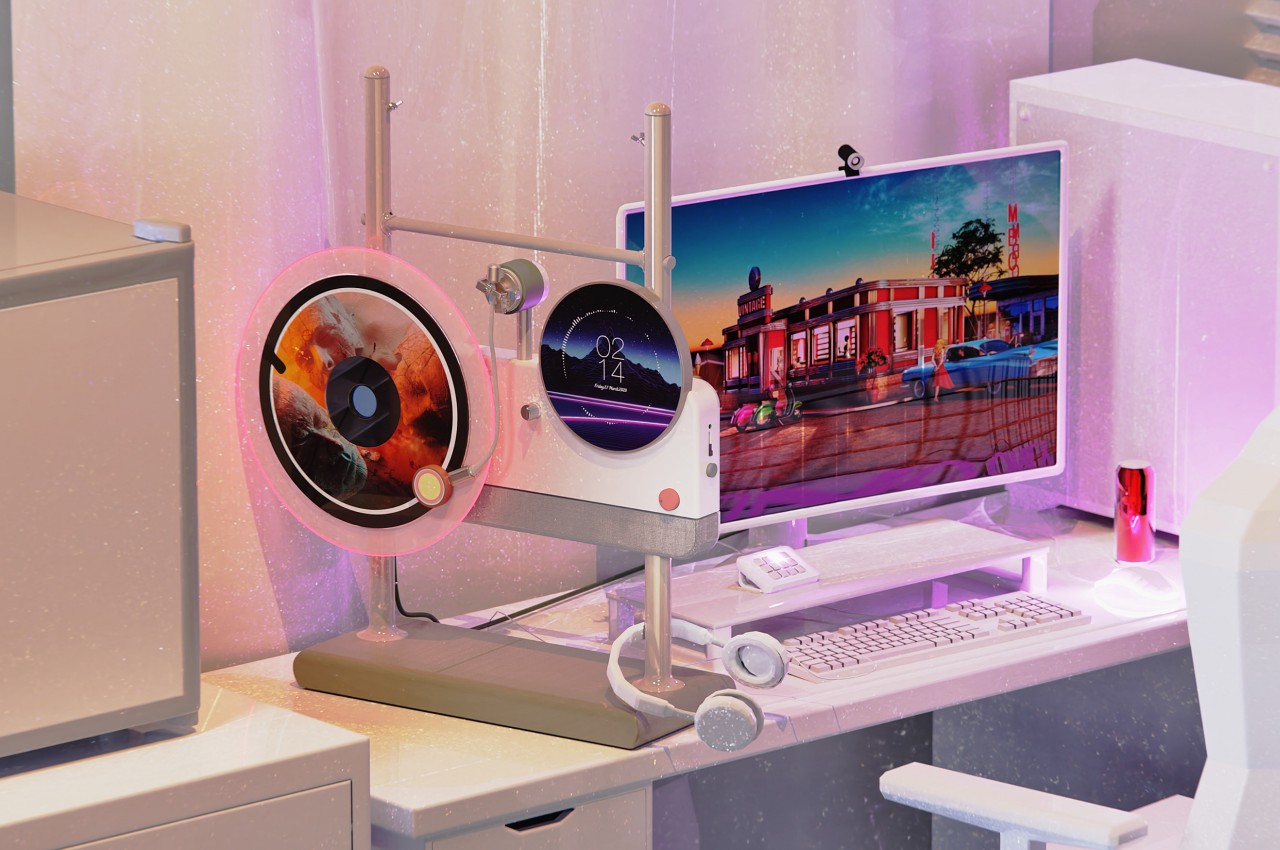 The old vinyl experienced an unexpected renaissance a few years ago, along with a resurgence of interest in Polaroid-style instant cameras and photos. Some of that interest has waned recently, though, but it hasn’t stopped the generation of new ideas and designs that try to revive this old yet still loved format. Most of these revolved around recreating the full vinyl experience, including the flaws of the physical medium that make it sound unique and special. While some people do like that audio experience, not everyone appreciates the other aspects of using a phonograph, no matter how modern it is. This Retro Player concept has the potential to deliver the same listening experience and more, all while providing a user experience that is more in tune with today’s modern lifestyles and mindsets. 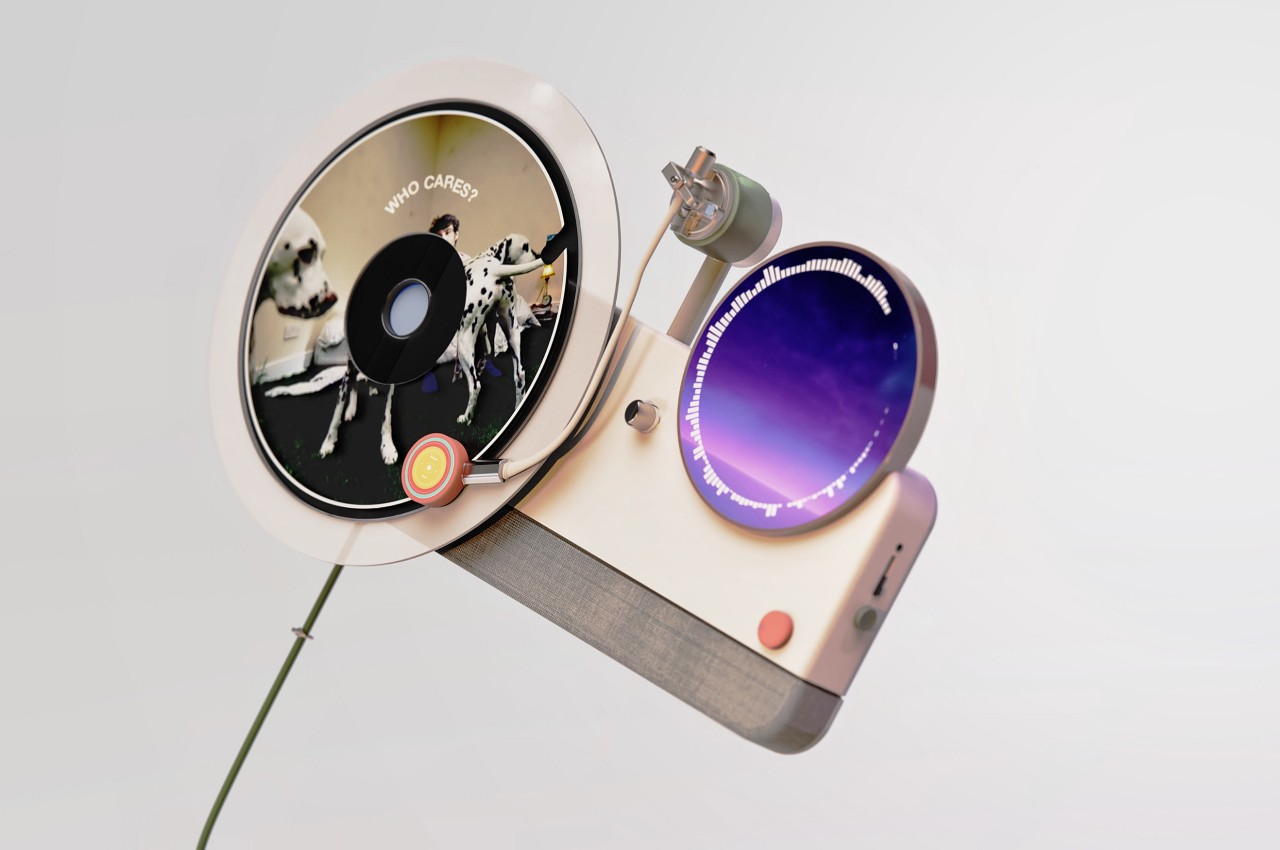 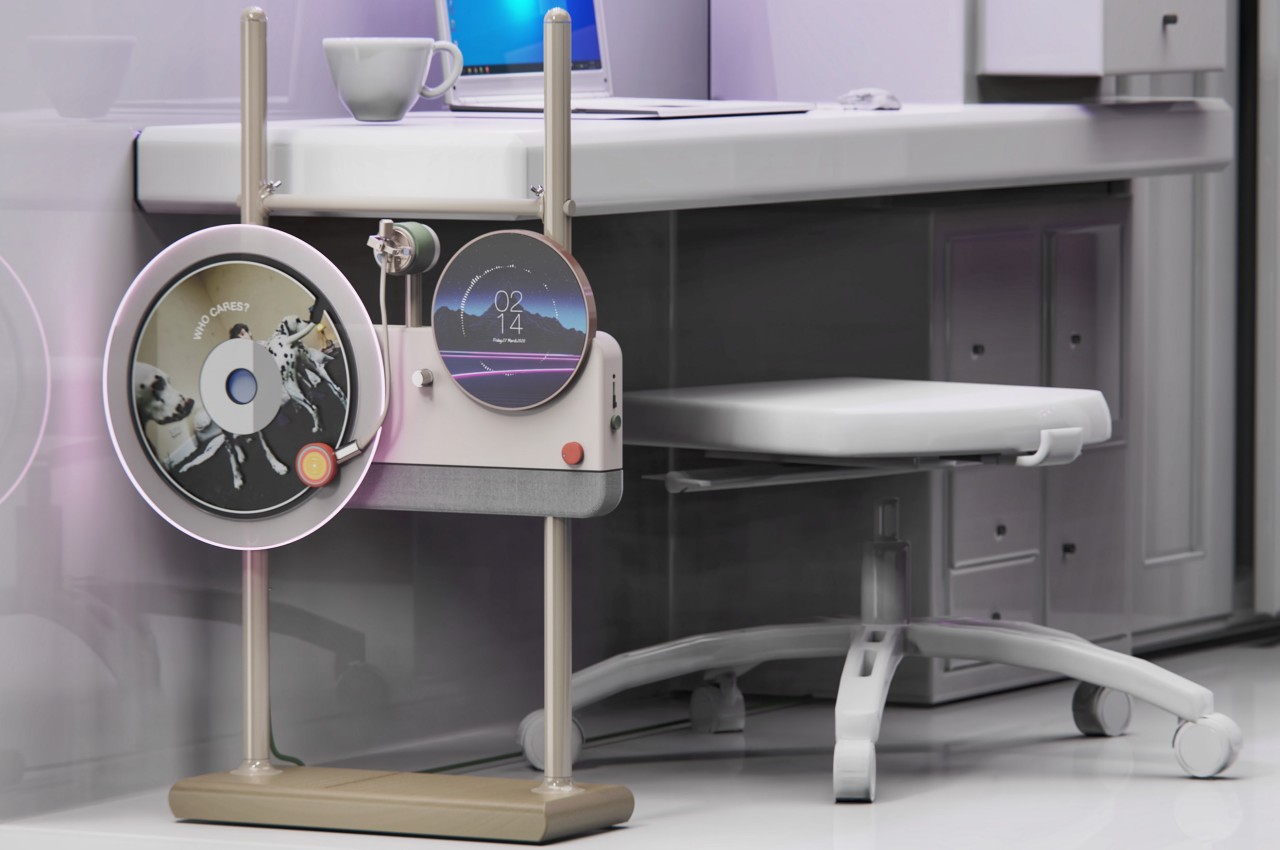 Vinyl LP records have physical imperfections that may be considered acoustic flaws but have become a well-loved characteristic of this type of medium. While many modern record players try to faithfully recreate that unique sound quality, they do so by actually recreating the entire experience, from the needle that scratches the record to the very act of having to put in an LP every time you want to change an album. While there are those that actually love that kind of retro experience, there are also those that simply want to listen to that kind of music without the rest of the work involved. 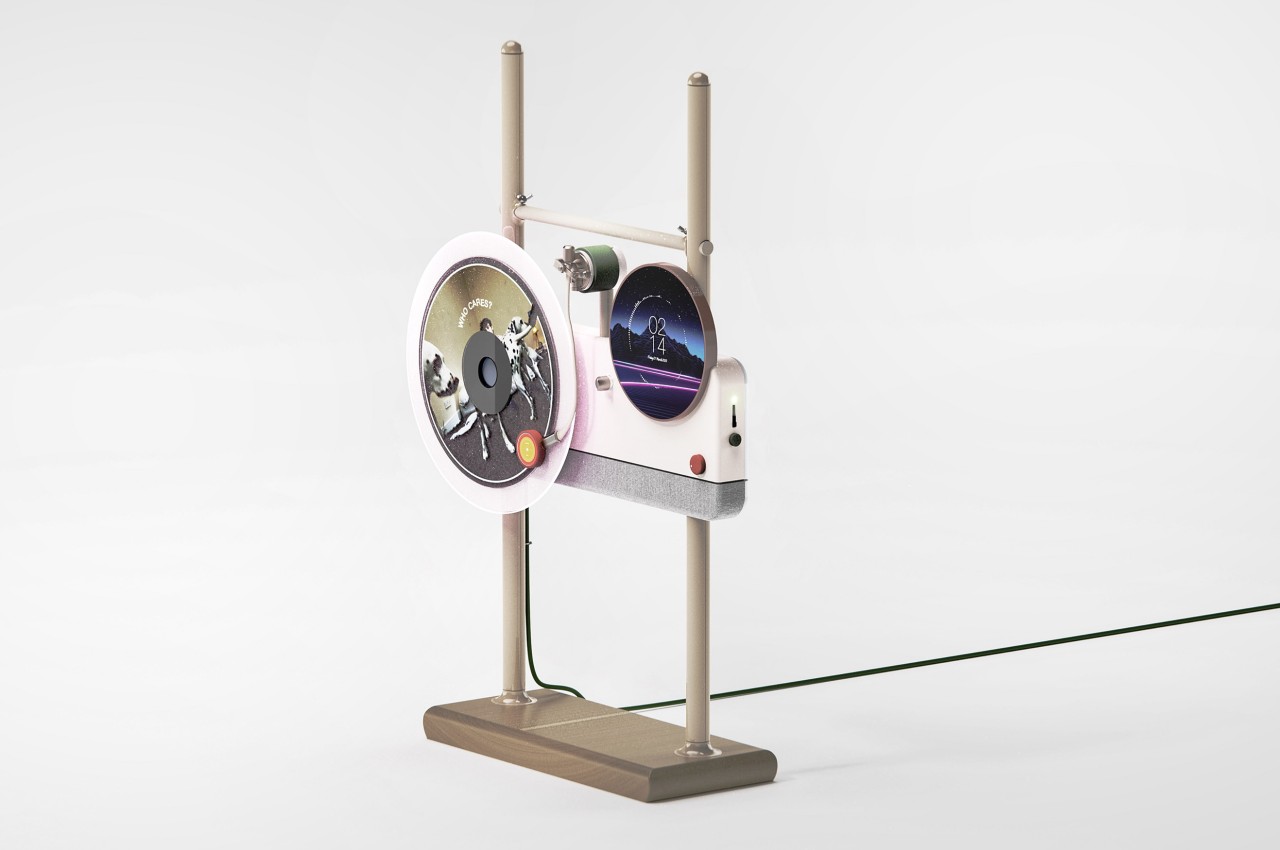 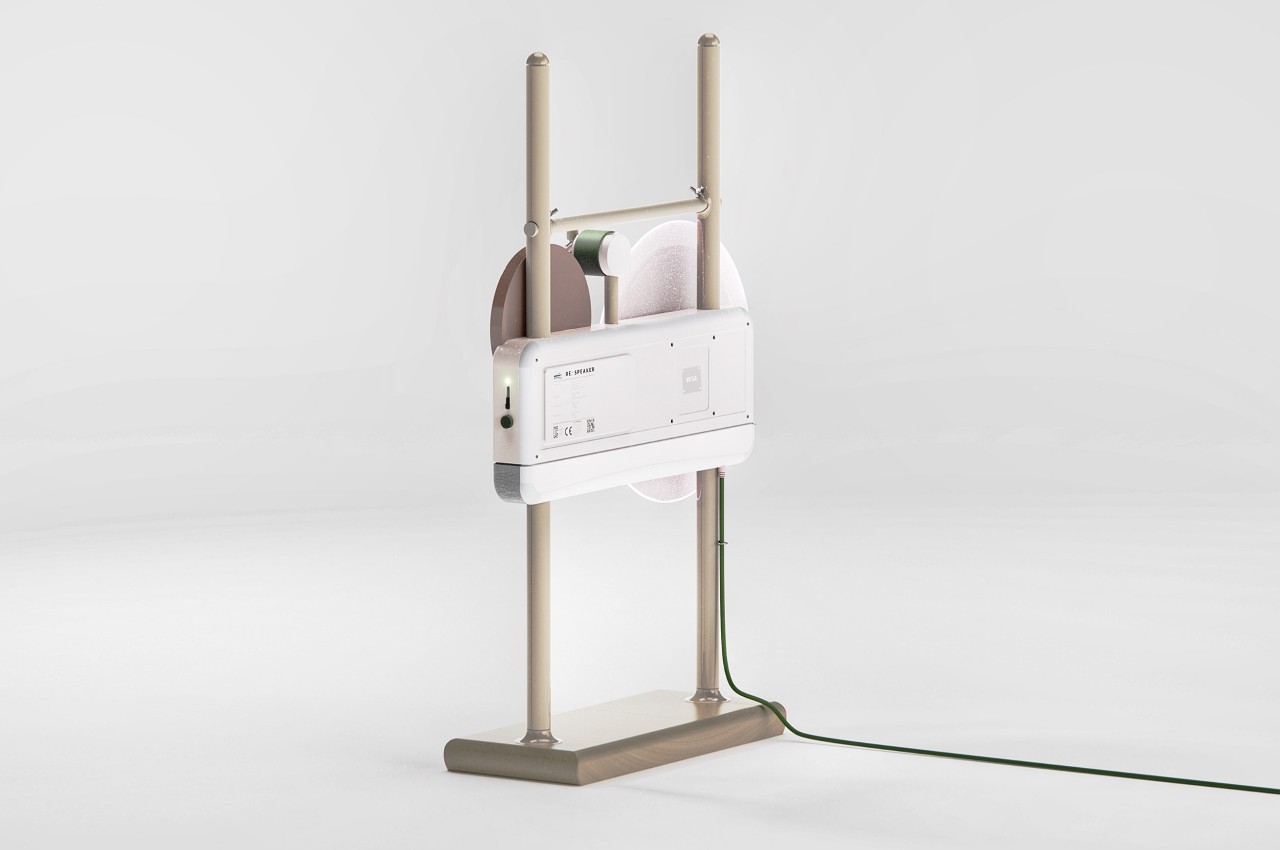 In a way, this RE; Retro Player concept design gives such people what they want by mimicking only the look of a record player, without any of the parts that make such a machine special. That said, it does so in a rather interesting way that you could be forgiven for taking a shortcut. In essence, this device is designed to be a more general-purpose music player, except it offers to give the same acoustic and visual experience as the original. 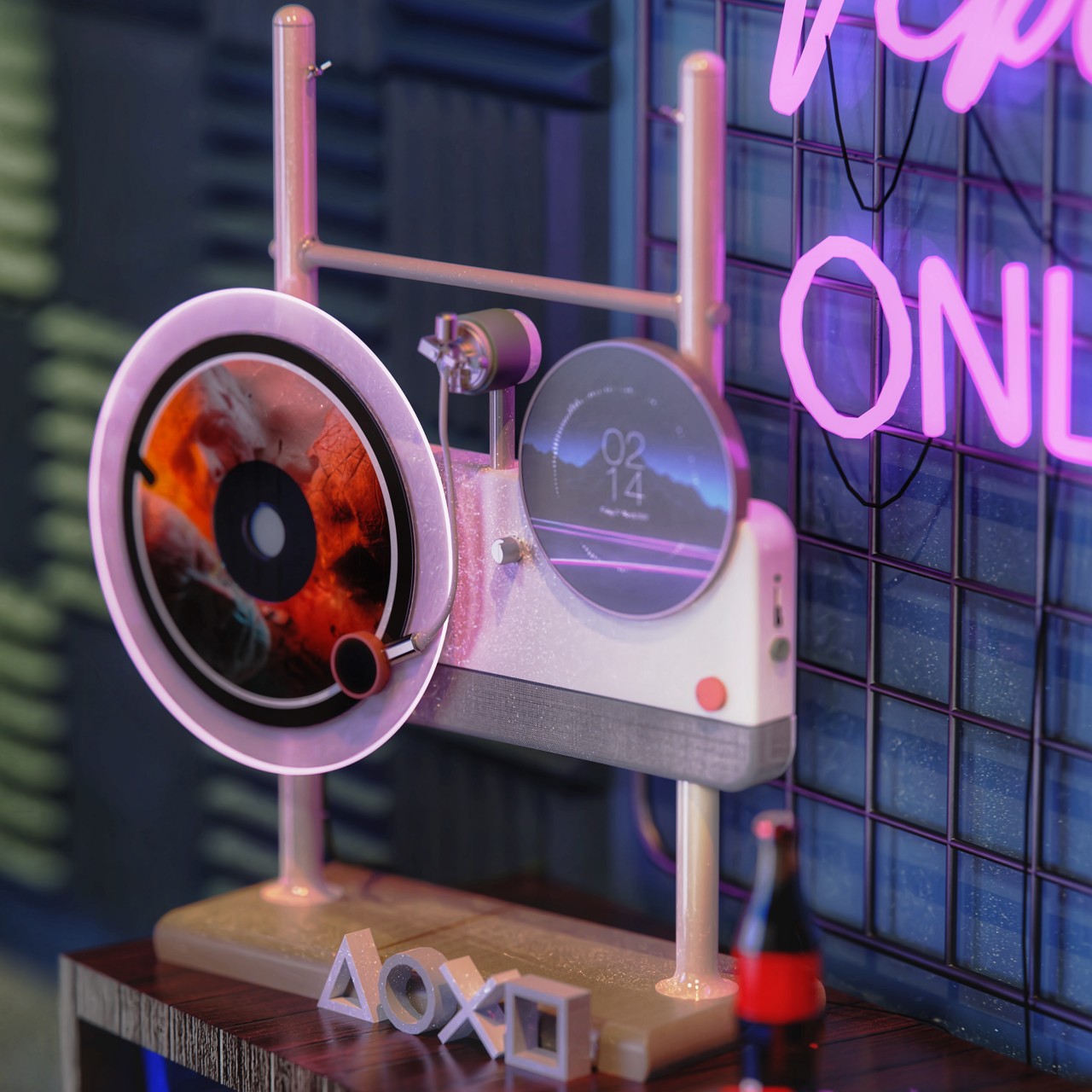 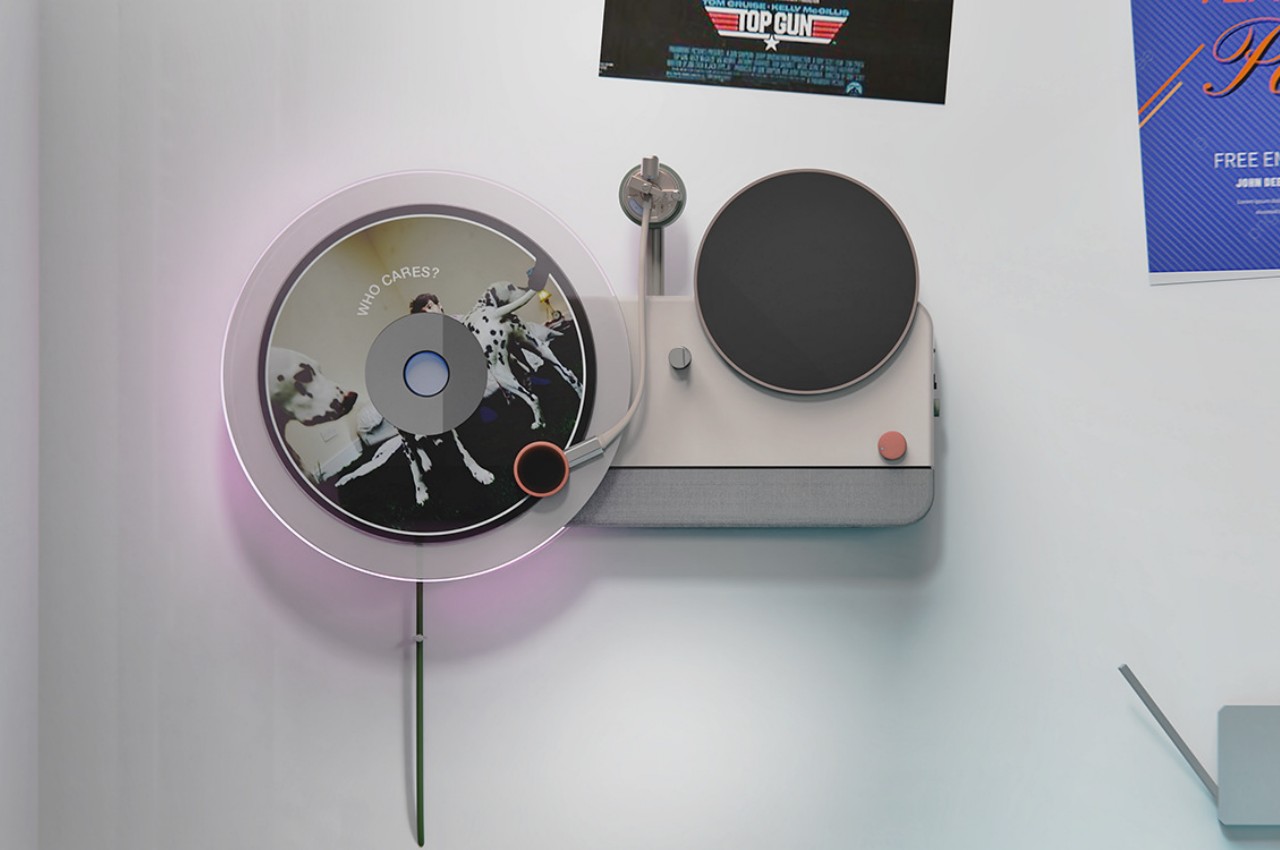 The most important part of the RE; Retro Player is the CD-shaped plate that represents an LP record, except it doesn’t contain any music at all. Music comes from a paired Bluetooth device like a phone or perhaps some internal storage. You can play any music from this system, and the display on the disc plate changes into the appropriate album art, reminiscent of how vinyl and CDs look. Instead of a needle that “reads” from the disc, the head is instead a touch display that can be used to control the machine in case your phone is out of reach. There is another circular display for showing the time or visualizations while playing music. 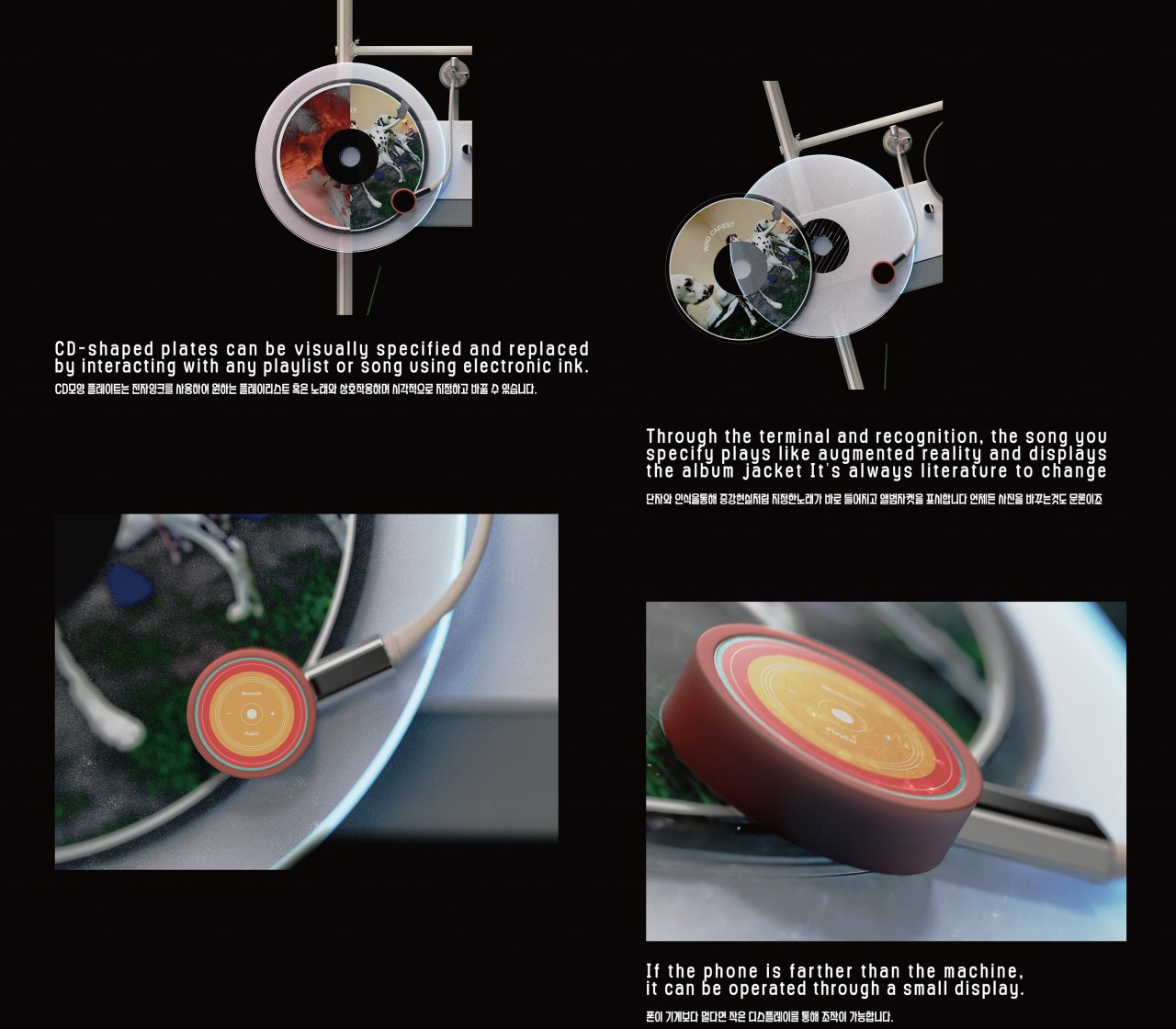 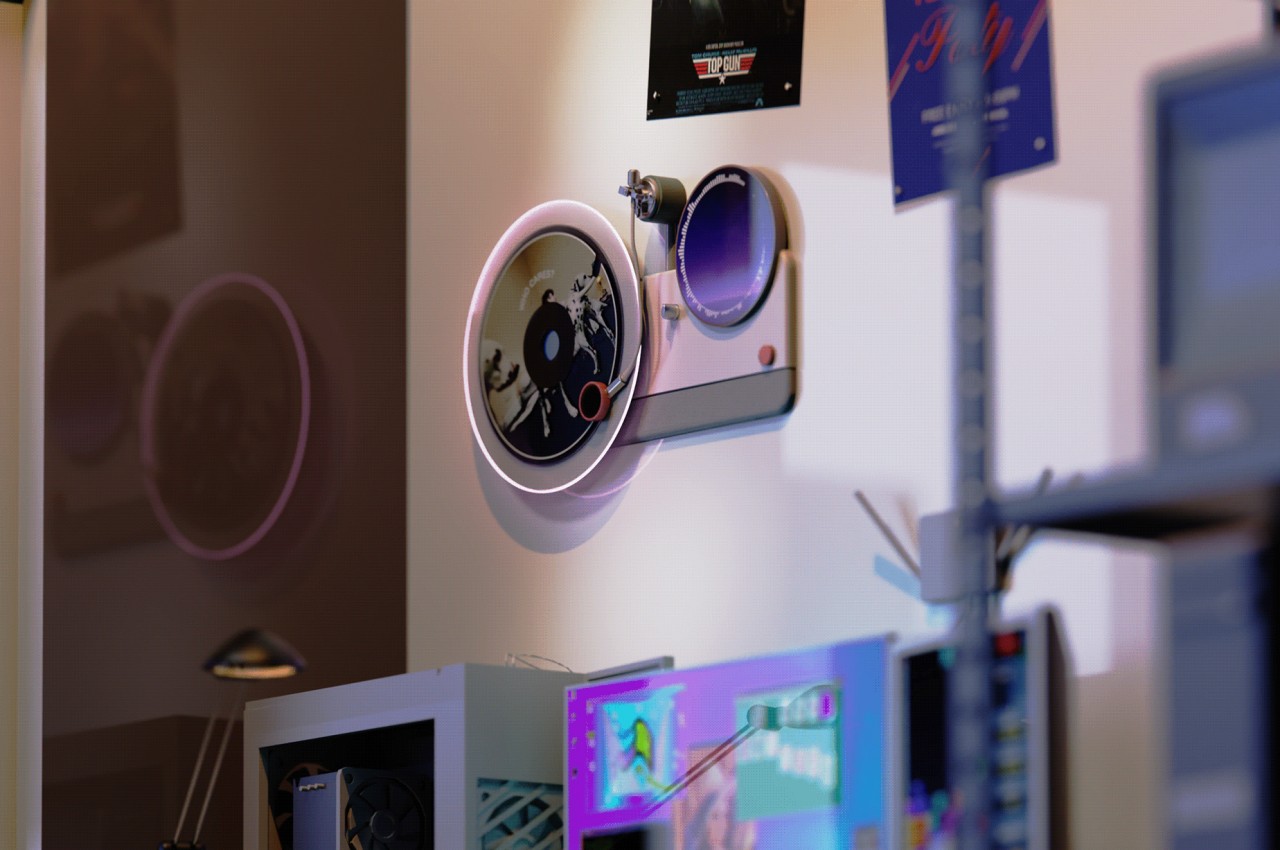 To some extent, the RE; Retro Player pays homage to the phonographs of old in a very different way. It is unapologetic in being a modern device while still delivering some of the emotions of the old record player. Some might take issue with how it can only artificially recreate the distinct sound of vinyl, but at least it won’t run the risk of eventually damaging those physical plates until they’re no longer usable at all. 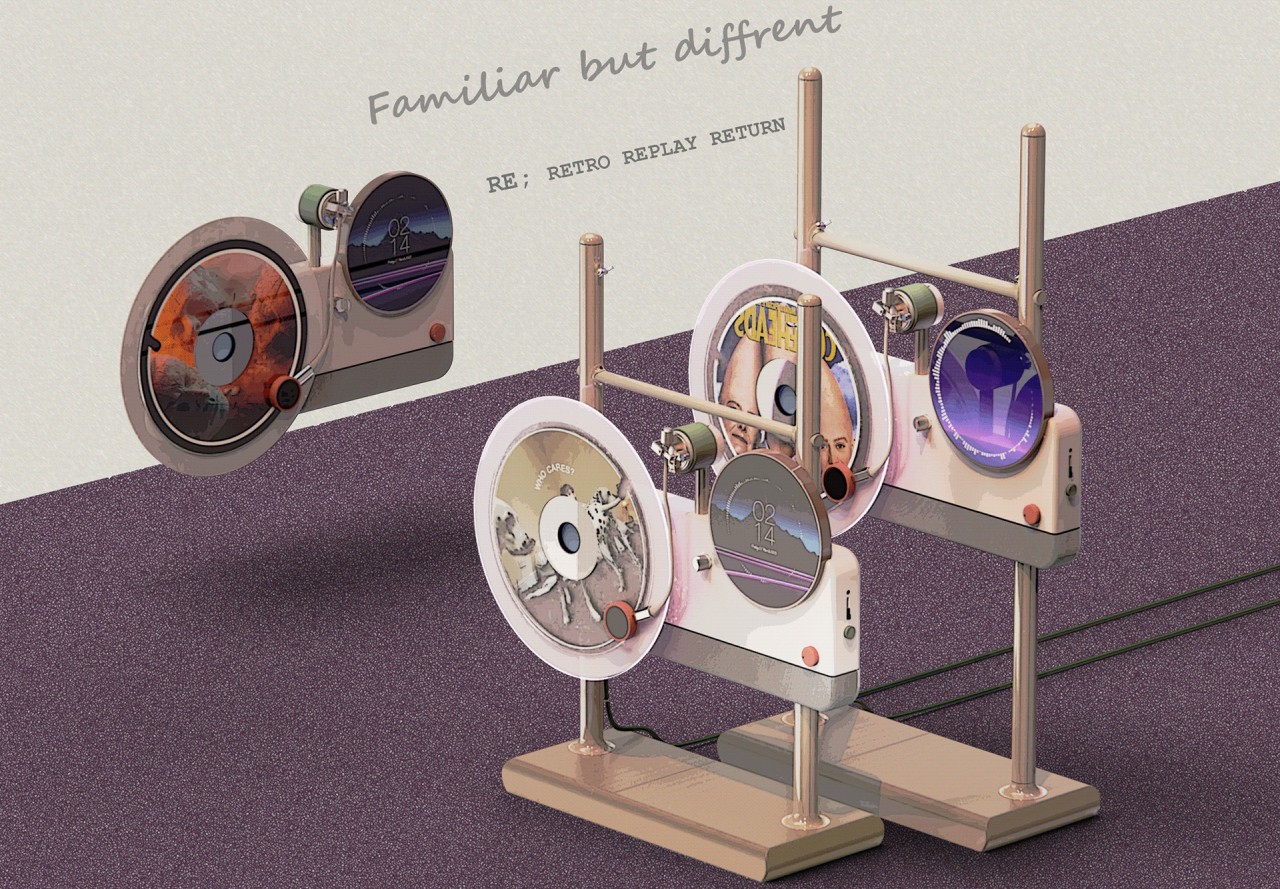 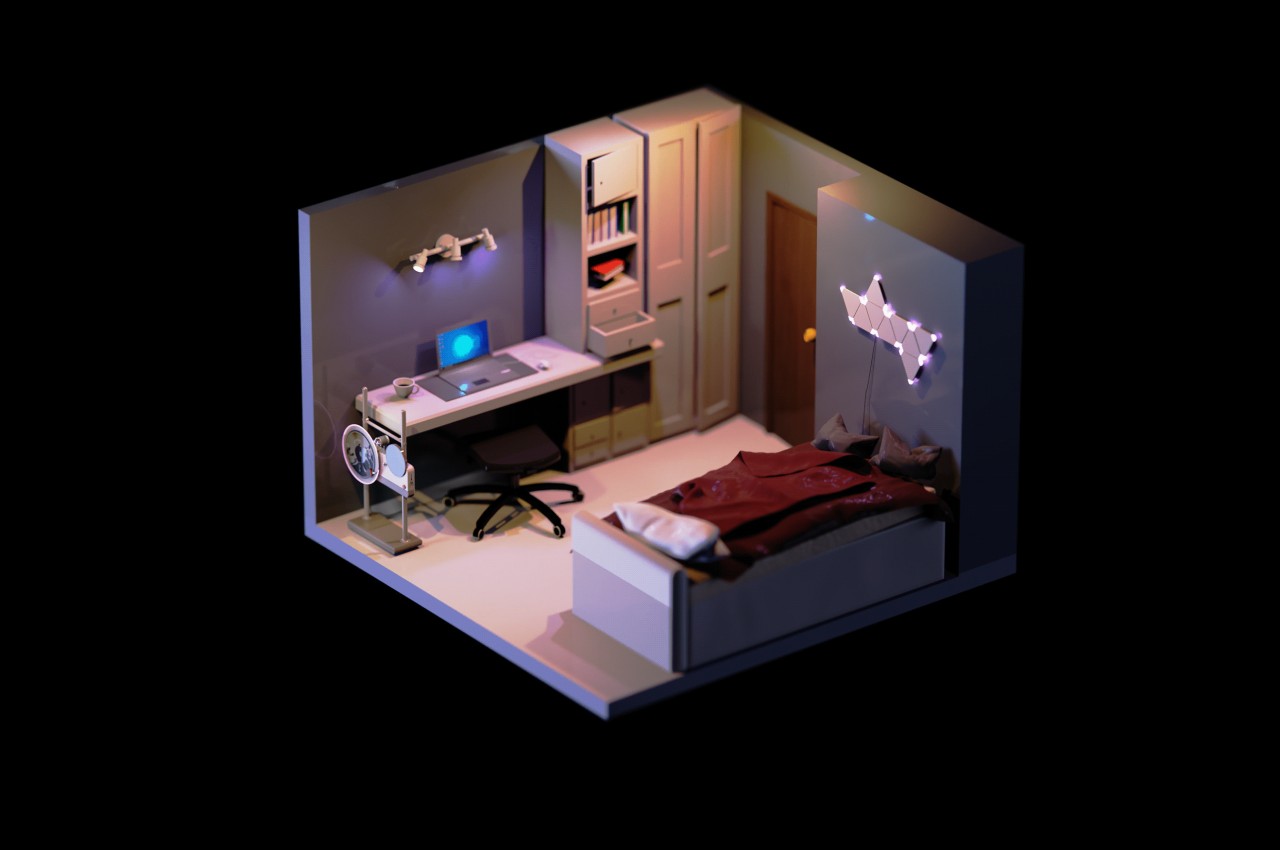 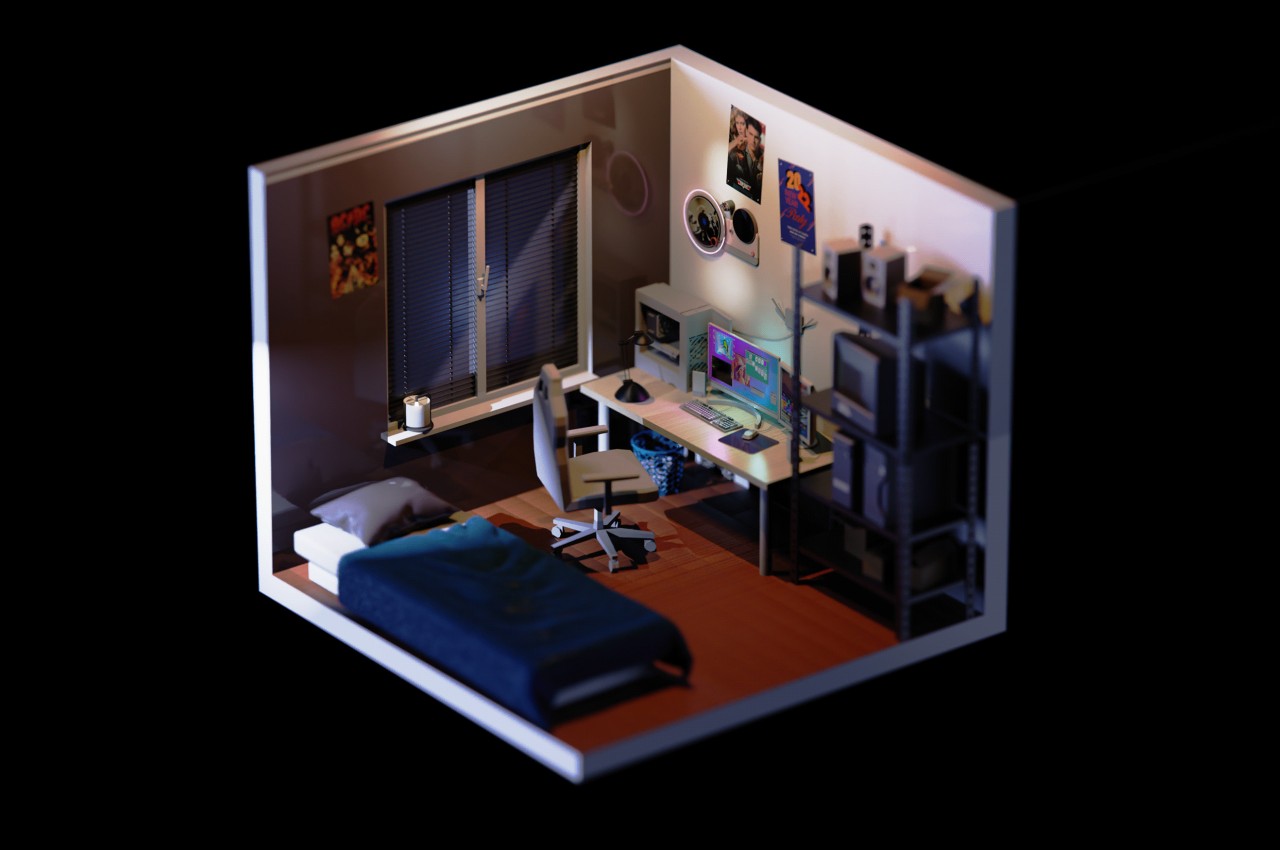 This Nintendo Game Boy-inspired walkie talkie takes you straight to the 90’s with style!

10-2, the 90s are back with this Nintendo Game Boy-inspired walkie-talkie! Designer Sidhant Patnaik’s skills in KeyShot will take most of us back to our…

A TV you can See Straight Through

The blank screen of a conventional television that isn’t in use can become a bit of an eye-sore in the room. But with the help…

Eighties heavy metal rock band Metallica has been enjoying another renaissance thanks to its music being featured in Netflix’s Stranger Things. But for real fans…

Love this Portable Radio by Omar I. Huerta Cardoso for its gorgeous rippled effect and looks. The dial, the tilted stand and the clean lines…