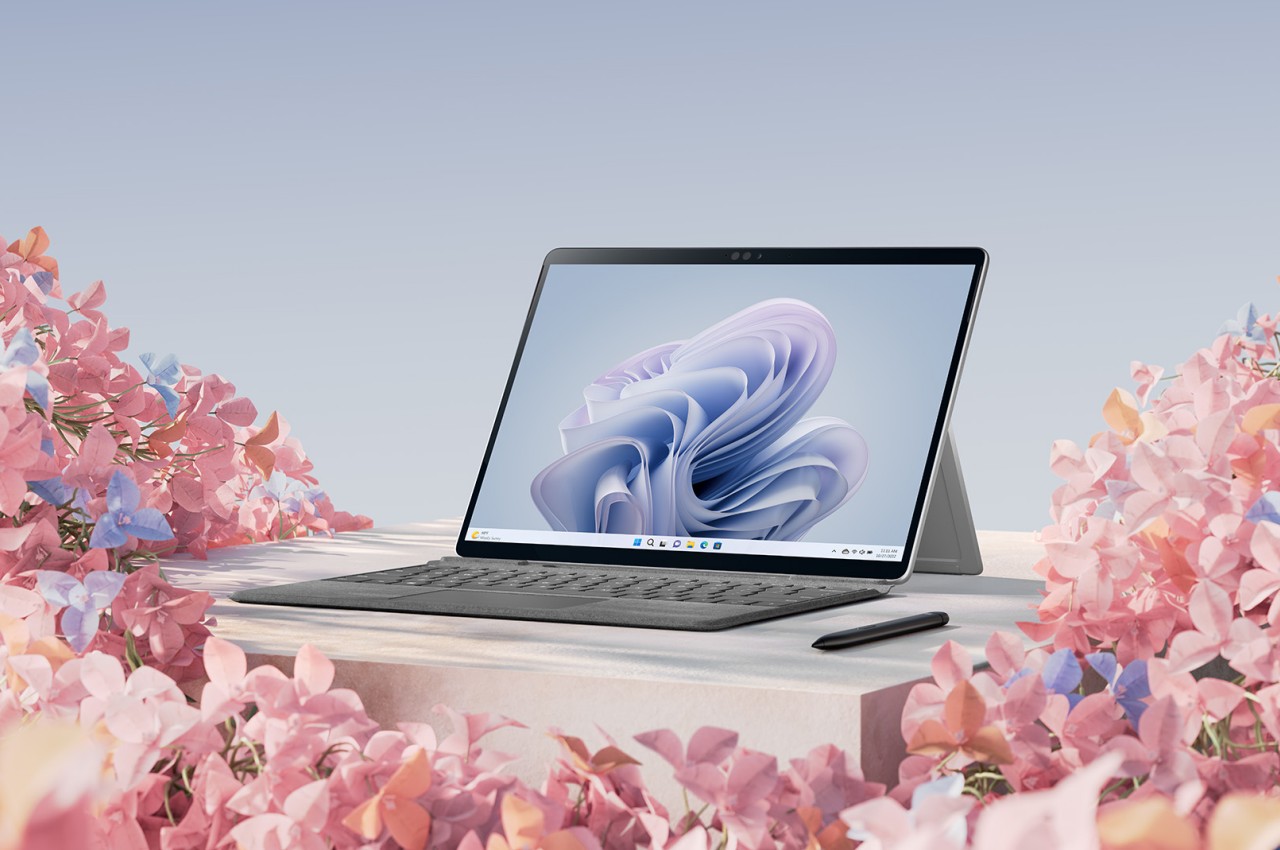 Microsoft has been pushing tablets as powerful yet flexible productivity tools long before Apple decided to go on its “What’s a computer” iPad Pro marketing campaign. Although it has had trouble making and selling its own devices before, Microsoft finally struck gold with the Surface Pro 2-in-1 tablets, giving birth to a new brand of Surface devices that have become the company’s signature hardware line. Nine years and nine generations later, the Surface Pro still remains a benchmark for this class of Windows computers. With the Surface Pro 9, Microsoft is consolidating its lightweight and flexible PC while also breaking it out into new splashes of colors that will give customers more options to fit their aesthetic tastes.

Tablet PCs existed long before the iPad was even conceived, but those portable computers really stretched the meaning of the word “portable.” While tablets powered by iOS (now iPadOS) and Android were indeed lightweight and convenient to carry around, their earlier incarnations lacked both the hardware and the software to be considered worthwhile tools for work and creating content. The first Surface Pro in 2013 challenged those assumptions and started a trend that other PC makers would follow even to this day.

The Surface Pro’s core design has changed very little, despite heavy criticism of its kickstand’s “lap-ability.” Microsoft opted to focus on familiarity, refinement, and compatibility, with last year’s Surface Pro 8 making the biggest change that would see the bezels around the screen slim down considerably. This year, the Surface Pro 9 pays attention to a slightly different aspect, increasing the color options to include more vibrant hues to appeal to more design-savvy customers. 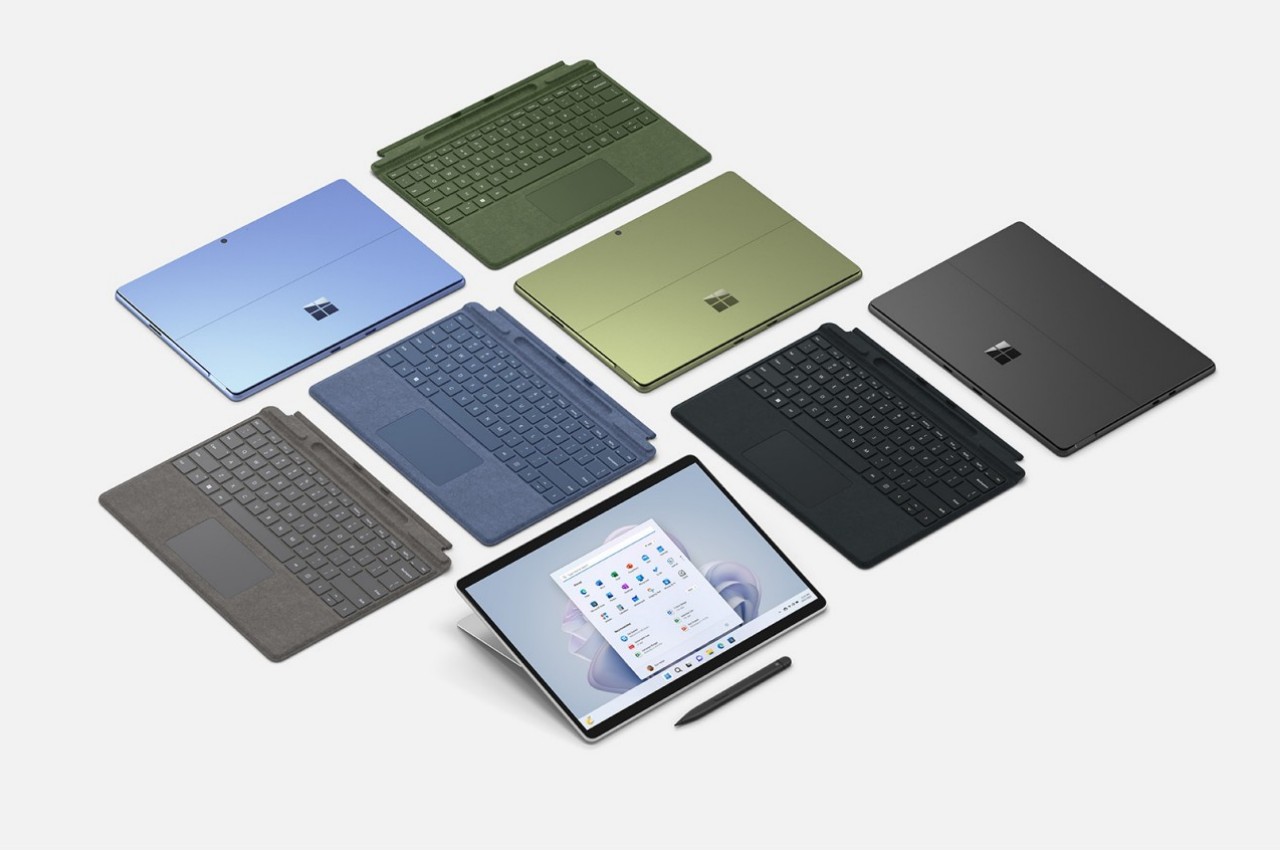 New to this batch are Sapphire and Forest colors, adding a bit of life to the more subdued Graphite and Platinum choices. As with any new Surface Pro release, there are matching Signature Keyboard Covers that are now partially made with biobased Alcantara material. This more sustainable textile contains at least 12% renewable content derived from sugarcane waste, making the Surface Pro 9 a little bit more environment-conscious this year.

There are more changes inside, of course, primarily with the more powerful 12th gen Intel EVO processors. Those familiar with Microsoft’s previous Surface Pro devices might notice the addition of a new Surface Pro 9 with 5G model in the list. This replaces the Surface Pro X line and is powered by a new Microsoft SQ3 processor co-designed with Qualcomm, pitting it directly against both the M1 iPad Pros and the M1 MacBook Pros. All in all, the Surface Pro 9 offers more flexibility in the number of options buyers will be able to choose from, letting them decide the features they need in the colors they want. Availability details for the Microsoft Surface Pro 9 are still forthcoming, and this piece will be updated once the information becomes available. 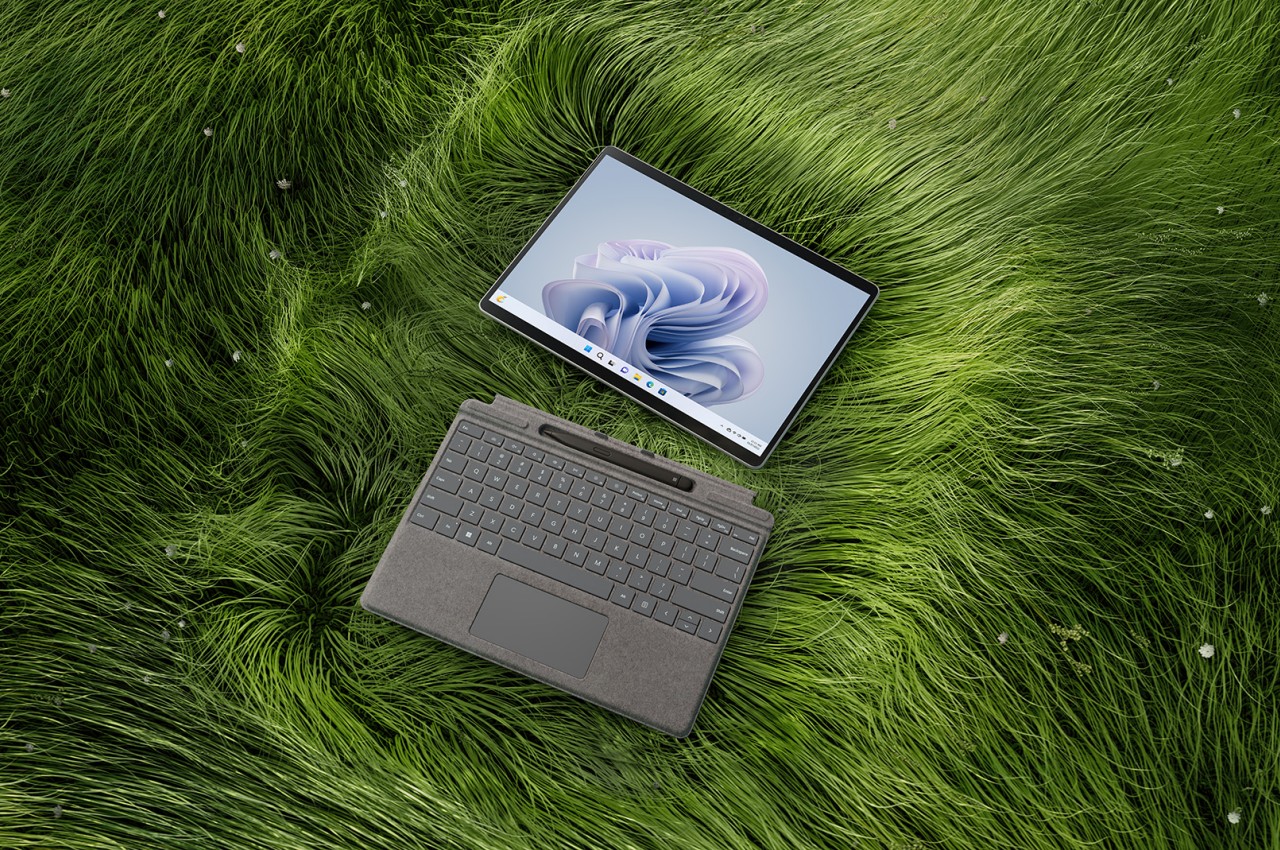 The laptop experience on your desktop!

The ProStation 3.0 makes life so much easier. It keeps all your desktop’s USB ports above sea level! Gone are those days of going down…

This all-glass smart train is a futuristic marvel worth a whopping $350 Million!

For the past year, we’ve been dreaming of traveling. And I’m not talking about just some hotel in a coastal party town or even a…