Video games have always been a lucrative business, but the past two years or so have seen that industry explode thanks to being cooped up indoors due to the pandemic. Now that most of the restrictions have been lifted, the boon and the bane of video games have been placed under a microscope once more. No matter the platform it’s played on, these games require players to stay put in one place, whether sitting or standing, for safety purposes. Of course, there are a few “active” titles that require people to move and sweat it out, but these are rare exceptions. That kind of lifestyle can be detrimental to the physical and social development of younger gamers, which is something that this novel console is trying to correct by making gaming a little bit more physical and a lot more engaging. 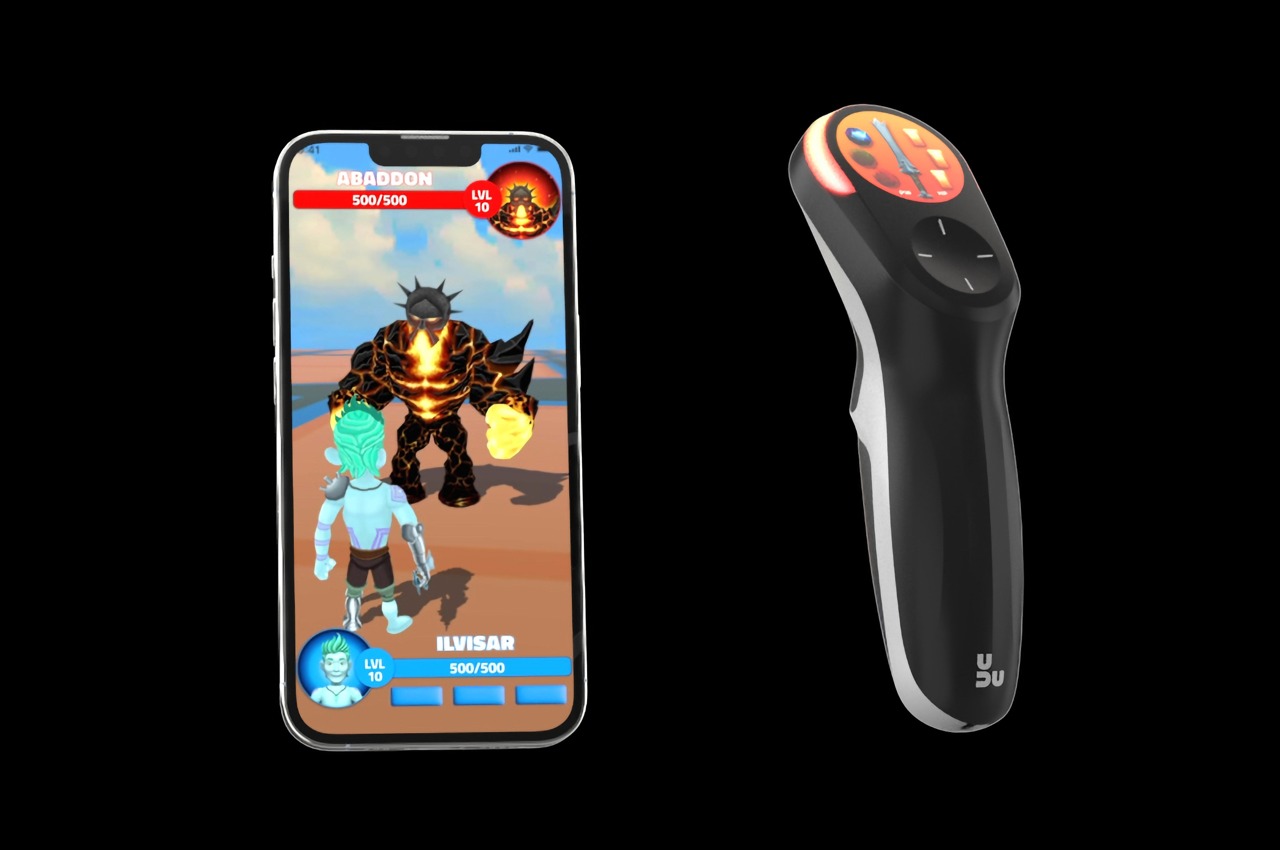 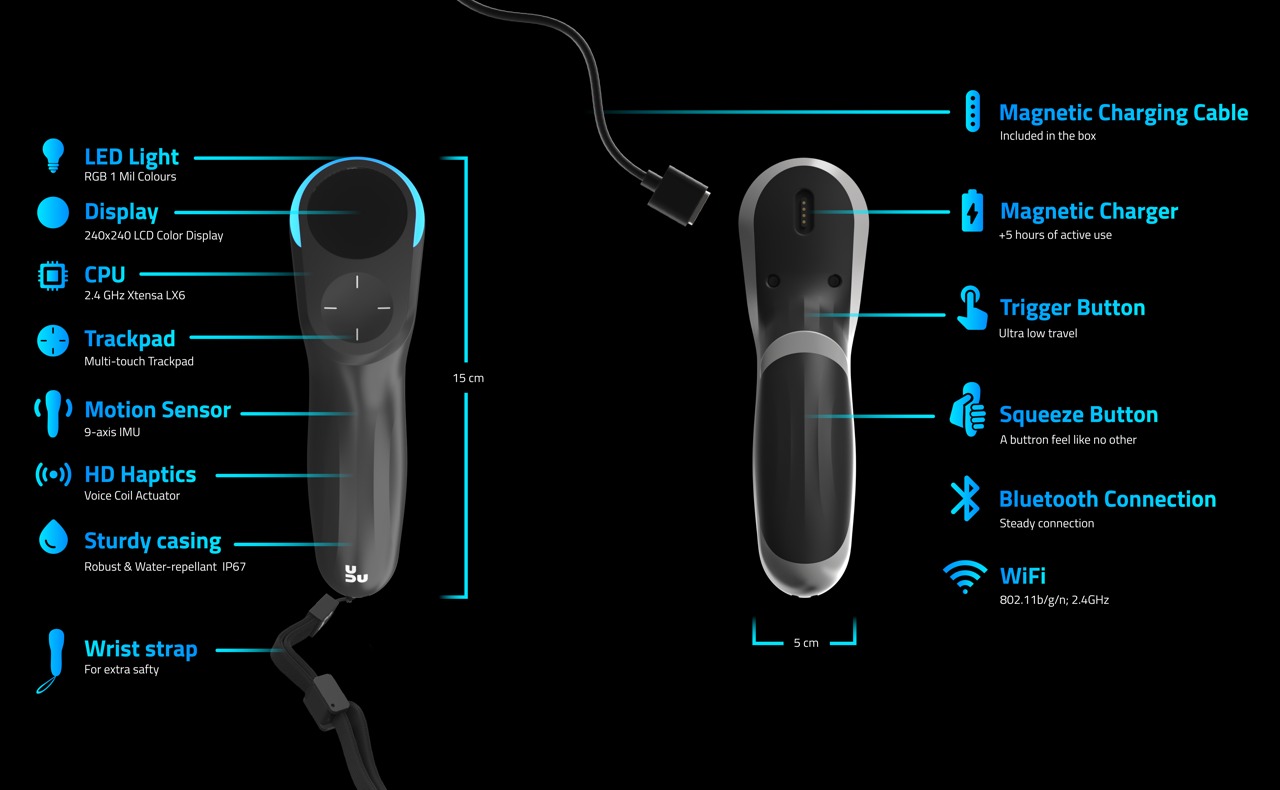 At first glance, the UDU CONSOLE looks like a Wiimote or a VR controller. In some ways, it does share some of the characteristics, especially when it comes to motion detection and input controls, but that doesn’t really do it justice. The handheld console can indeed do that and so much more by creating a new kind of mobile gaming experience where you really feel as if you’re living in the game’s virtual world rather than just tapping and sliding away at the screen. 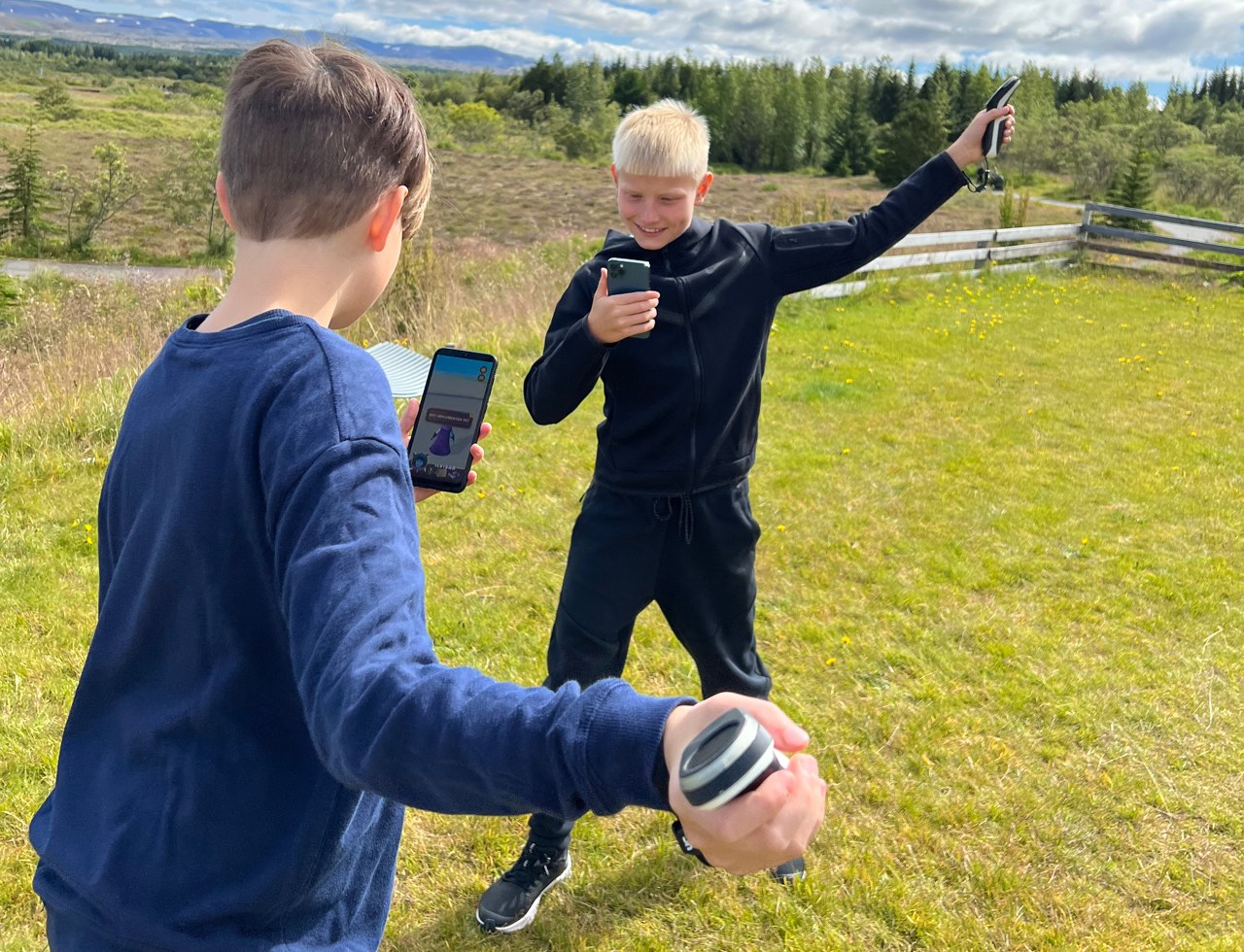 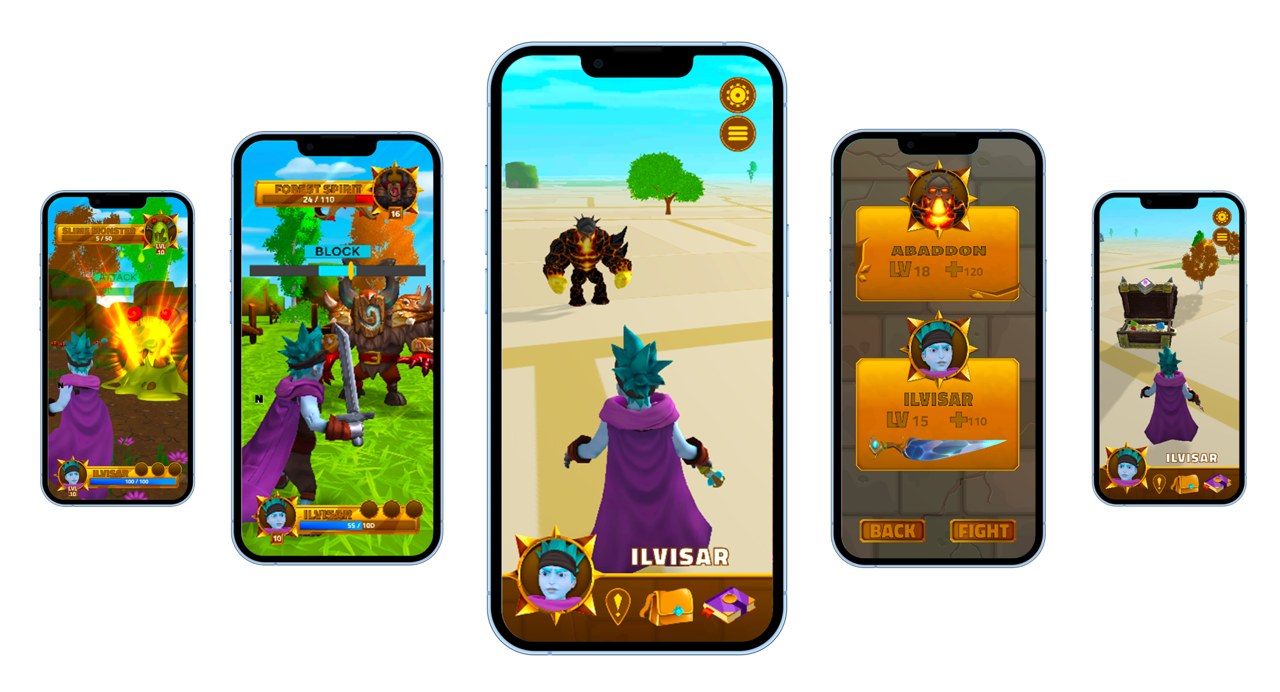 This upgraded gaming experience starts by simply connecting the UDU CONSOLE with a phone or tablet via Bluetooth and selecting one of the dozens of new games created just for the console. Swing the console like a sword to slash at enemies, swing it to the beat in a fruit-based rhythm game, or flex and wave at an invisible canvas to create your digital art masterpiece. Your body becomes part of the game, engaging your whole being rather than just your eyes, brain, and fingers. And thanks to UDU’s HD Haptics, you can also feel the force of a sword’s impact on an enemy or the bristling of the brush in the hands of an artist.

Part of UDU’s magic is thanks to UDU GAMES app, a growing library of gaming experiences that will take you to new worlds together with the handheld console and your mobile device. Most of the games use geolocation like the popular Pokémon GO, so you’ll have new experiences to discover as you explore the real world as well. More importantly, these games are designed to be active, engaging, and fun like no other game before. Whether you’re playing alone or with a friend, the UDU CONSOLE will have you moving about, thoroughly immersed in the virtual world of your choosing. 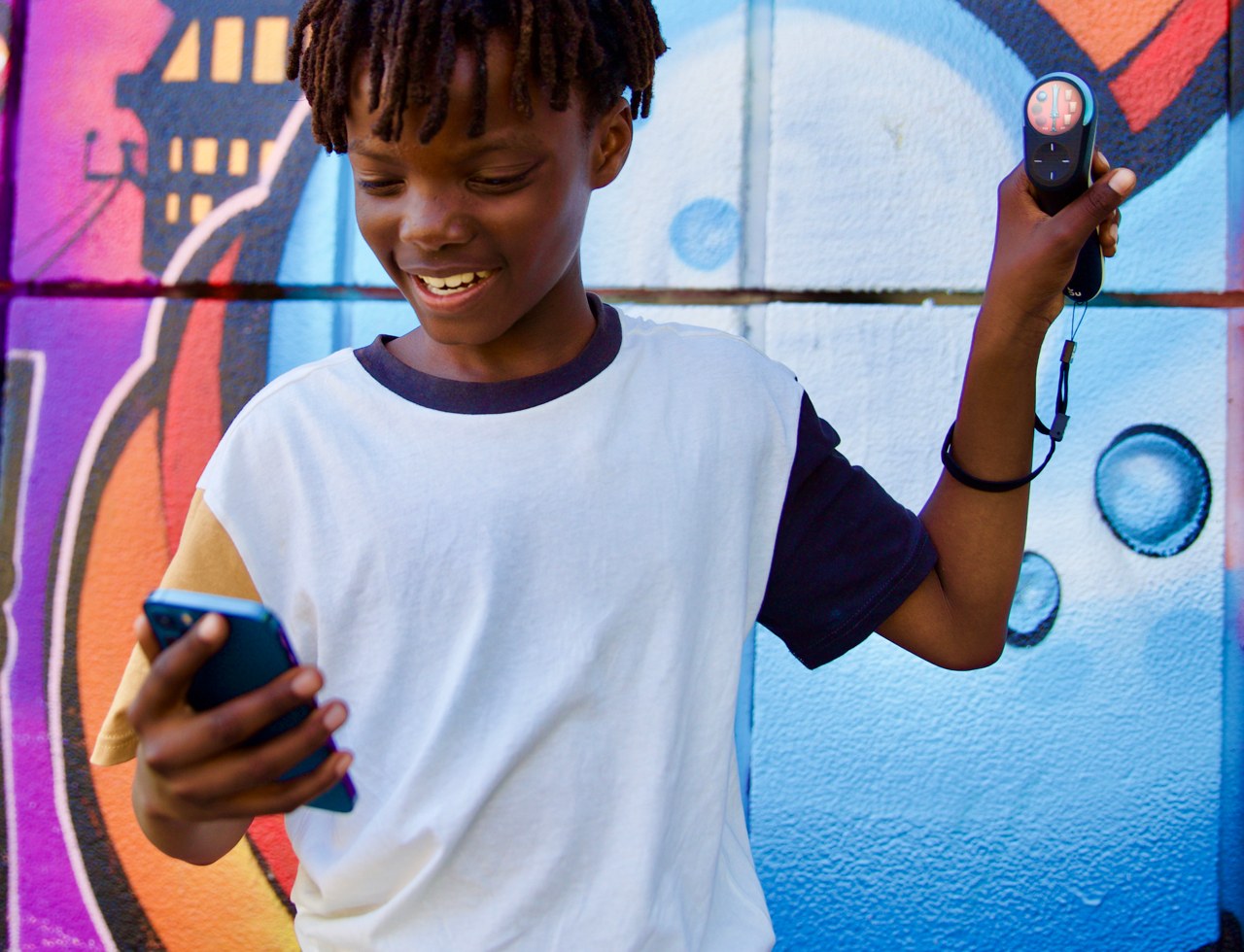 The UDU CONSOLE has plenty of other things that set it apart from plain gaming controllers. A crisp, circular display acts as a second screen for your phone or tablet, while a multi-touch trackpad, trigger, and squeeze button all work together to provide an intuitive interface for interacting with games. The handheld’s ergonomic design makes the UDU CONSOLE comfortable to hold, while its durable casing and included wristband remove worries about using it outdoors. 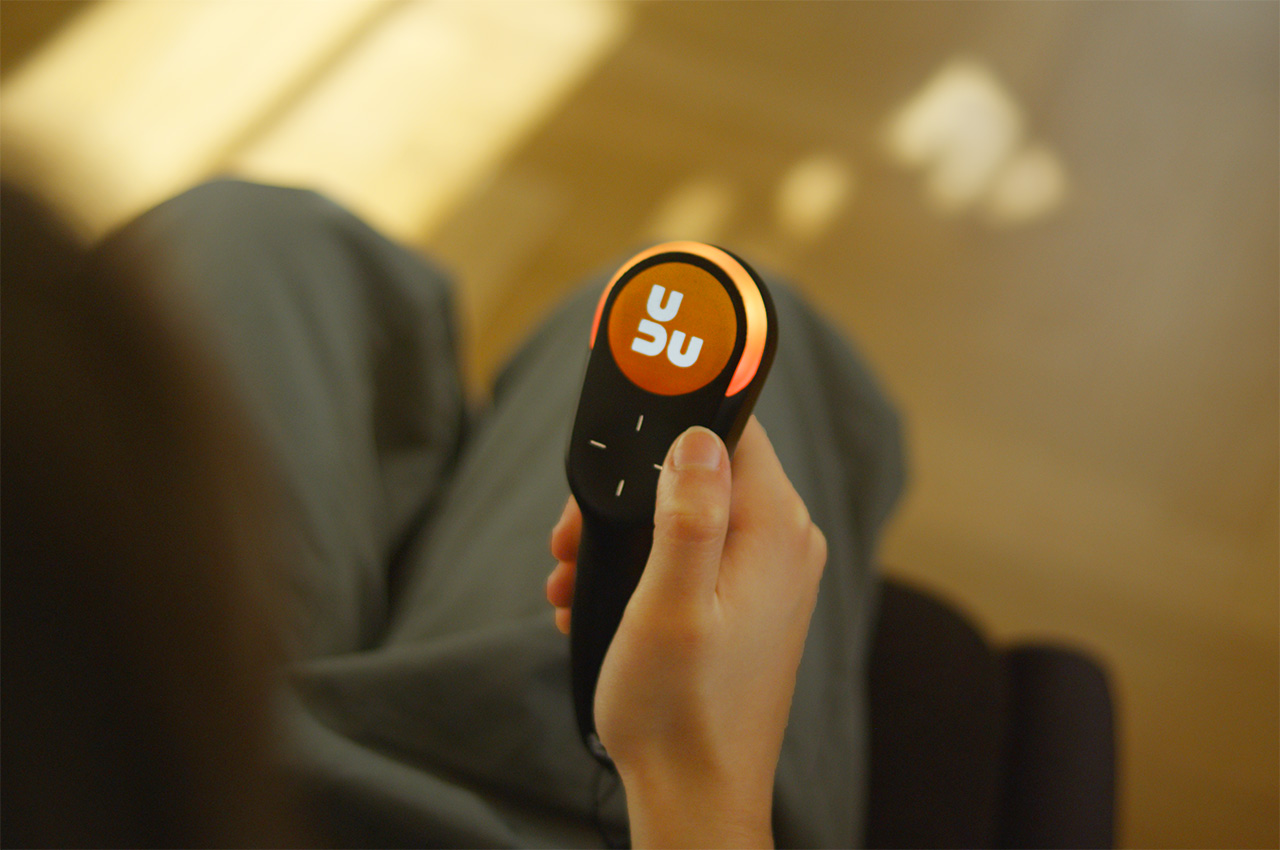 Once it launches, this innovative gaming system will cost $199 and require a $10 monthly subscription for unlimited access to those games, just like Apple Arcade. For a limited introductory promo, however, you can get the UDU CONSOLE for only $126, which includes 12 months of free access to that gaming library. It’s definitely a sweet deal, especially for a promising new gaming platform that will have young gamers on their feet and enjoying the great outdoors, all while also playing their new favorite mobile games with a phone and motion-controlled console in hand.

The Braille Sight concept is simple and fashioned as trendy eyewear. The system captures images using the glasses frames (Frame of Sight) and then syncs…

This soundbar-shaped device is actually an artificial intelligent personal trainer

Sure, your smartwatch can tell you what your heart rate is, but can it ‘spot’ you and coach you through workouts? Altis is a linear…

There’s something about Danish design that makes people stand in attention. Despite the simplicity, every output shows ingenuity, function, and desirability. The PILE Stackable Speaker…

A Router that Won’t Ruin Your Life!

The Y router begs the question WHY?! Specifically, WHY are all routers so dang ugly! Seriously, I just moved into a new apartment over the…