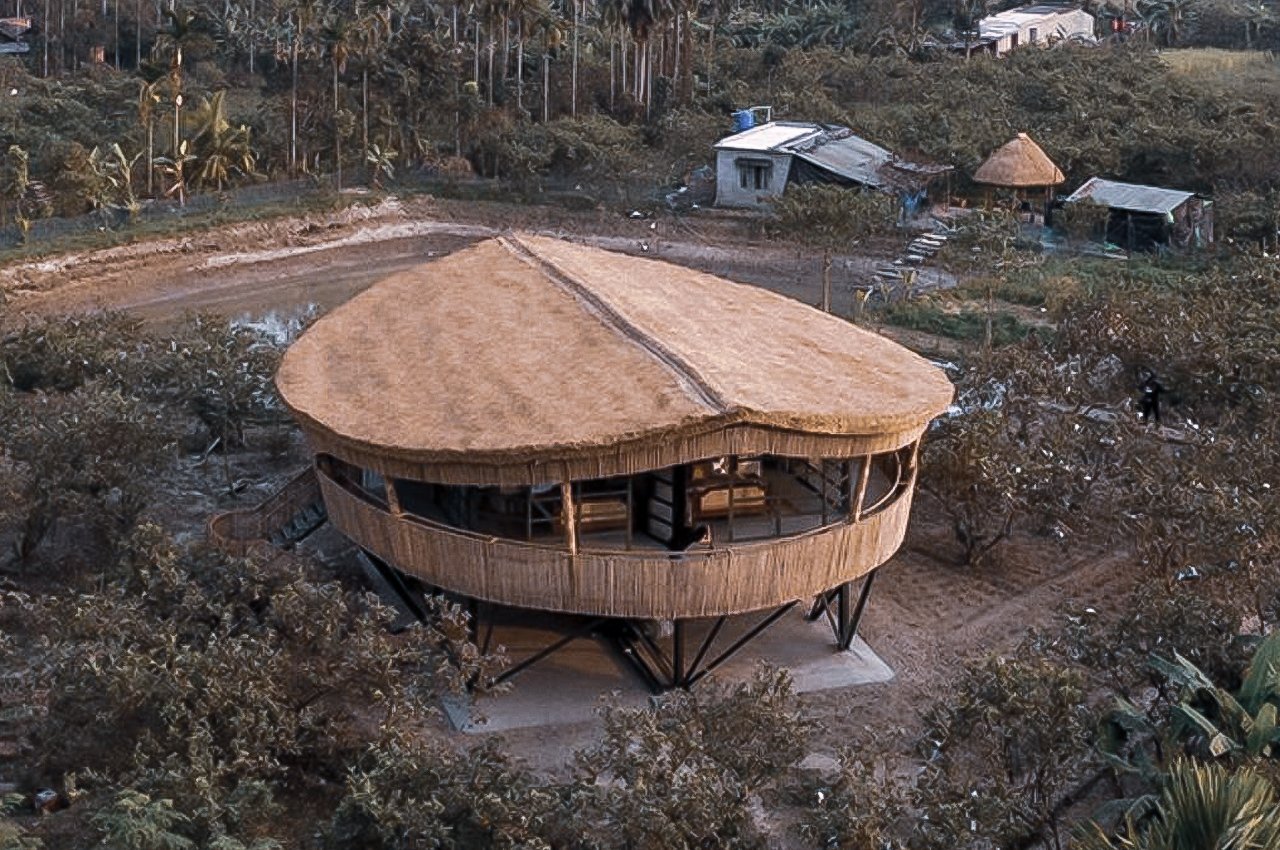 Don’t you ever want to look outside your home in the morning or for a quick afternoon break and be immediately refreshed by the view and the surroundings? For those of us who live in the urban jungle, this is such a rare occurrence and we sometimes have to resort to looking at beautiful things on our screens. Or yes, we sometimes have to take vacations. What if you had a retreat house that you can get away to every once in a while and it’s right in the middle of a farm? 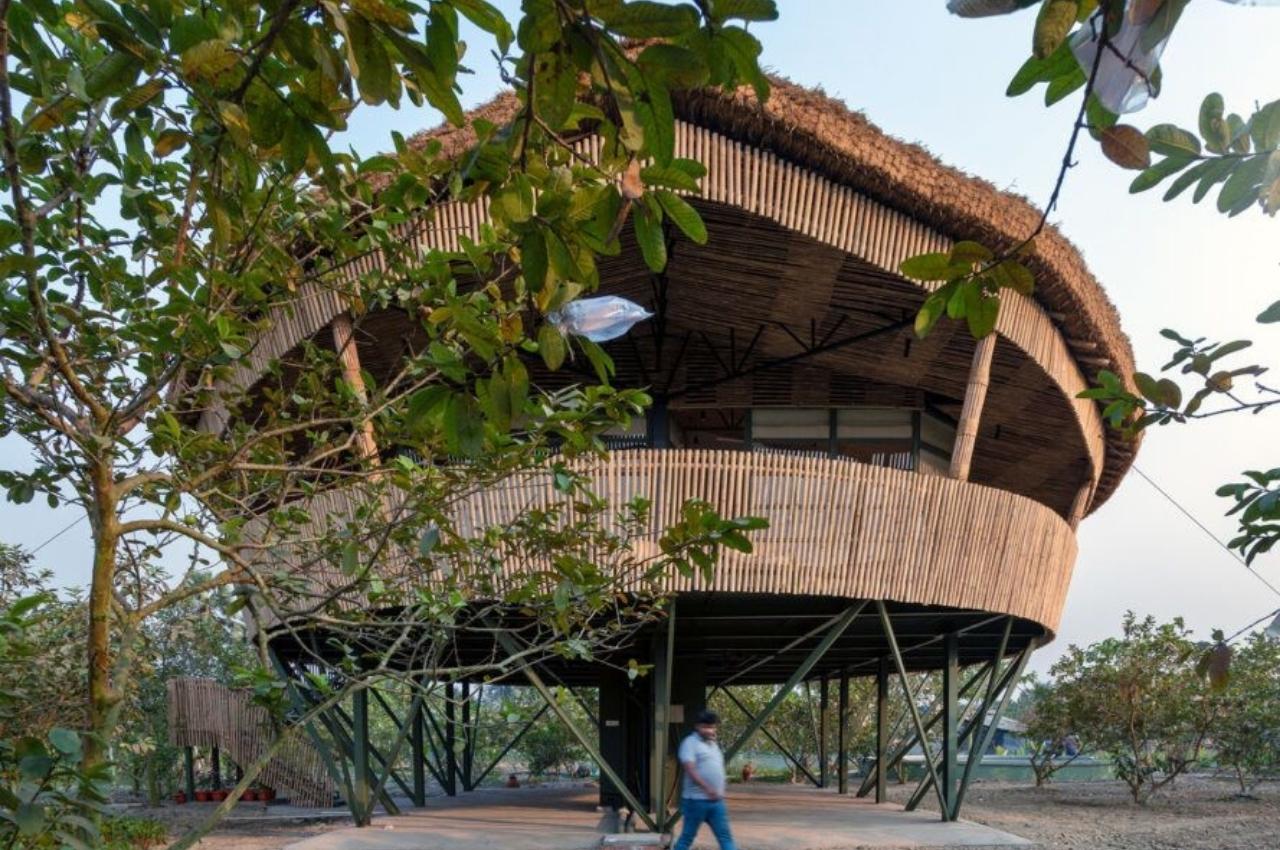 The Macha House is one such place, located in a rural region of Kolkata, India. It’s a two-bedroom house with a terrace and the entire structure is mostly made from bamboo so you have not just a refreshing space but an eco-friendly one. It is also pretty simple and minimalist so you really get the feeling of being almost one with nature. The best thing about this house is that it’s in the middle of a guava orchard so you probably have one of the best views in the area. 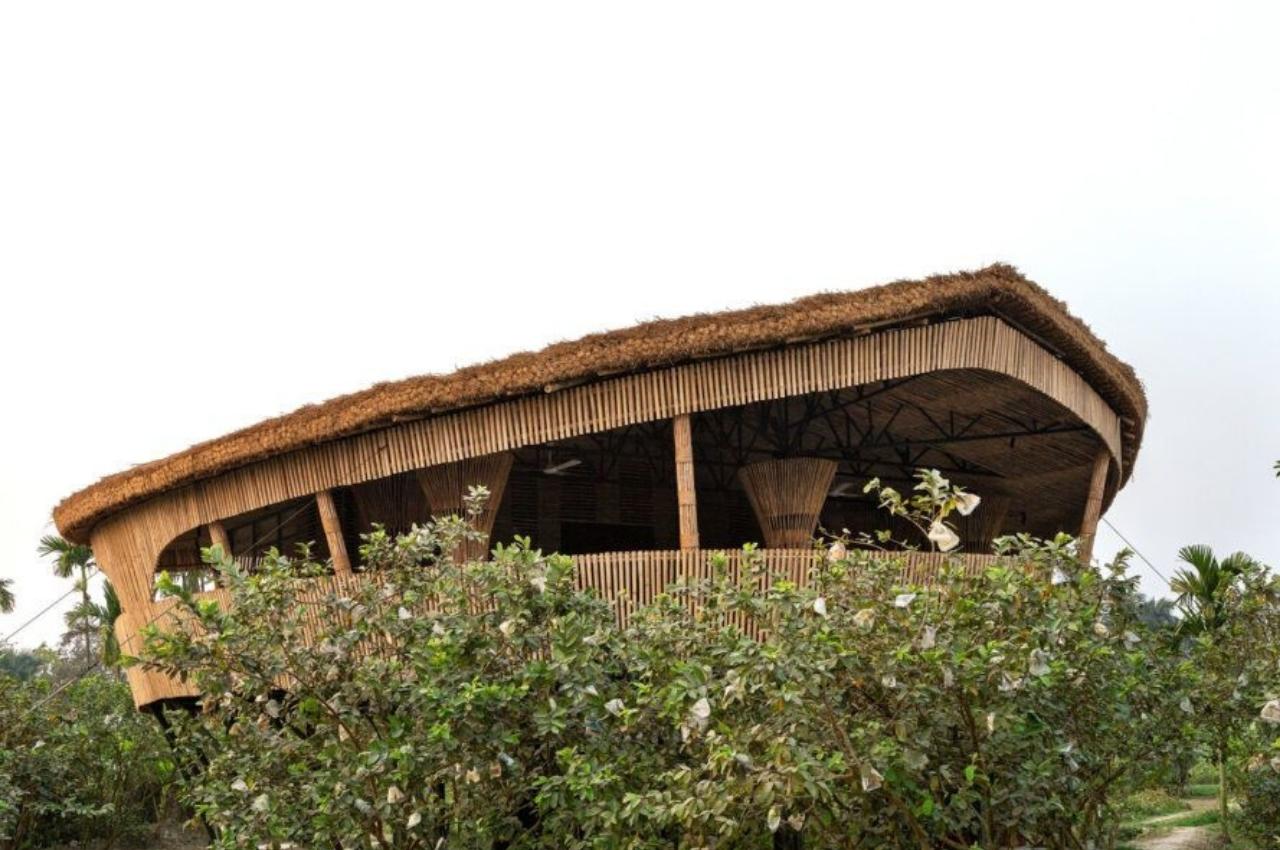 From the outside, it actually looks like an observation platform and that’s what you’ll probably use it for most of the time. You get a really nice view of the plantation and the orchard remains undisturbed (well, probably most of the time). While the house is mostly built from bamboo, it also uses metal to bring you a more solid foundation. This is also to lessen the possible water damage since the region suffers from flooding often. The house is built nine feet off the ground to protect from wildlife and the aforementioned flooding. 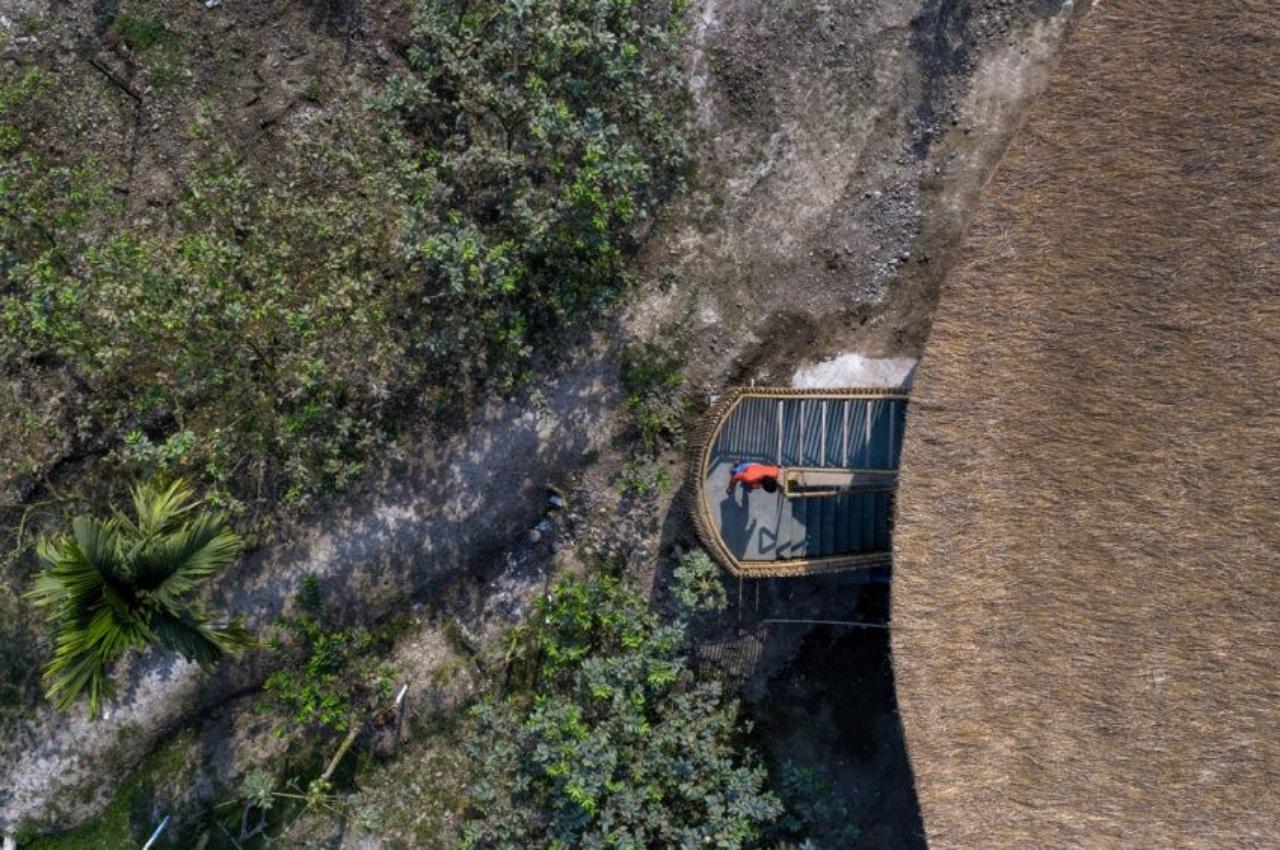 But the main material for the Macha House really is bamboo, which is a traditional and natural material and matches the surrounding plantation. The rooms and service are in the center of the structure and it is surrounded by terraces which serve as your observation deck. You’ll probably spend most of your time there reading, playing games, talking, and maybe even working. The house contains wooden and soft furniture to keep with the natural feel. 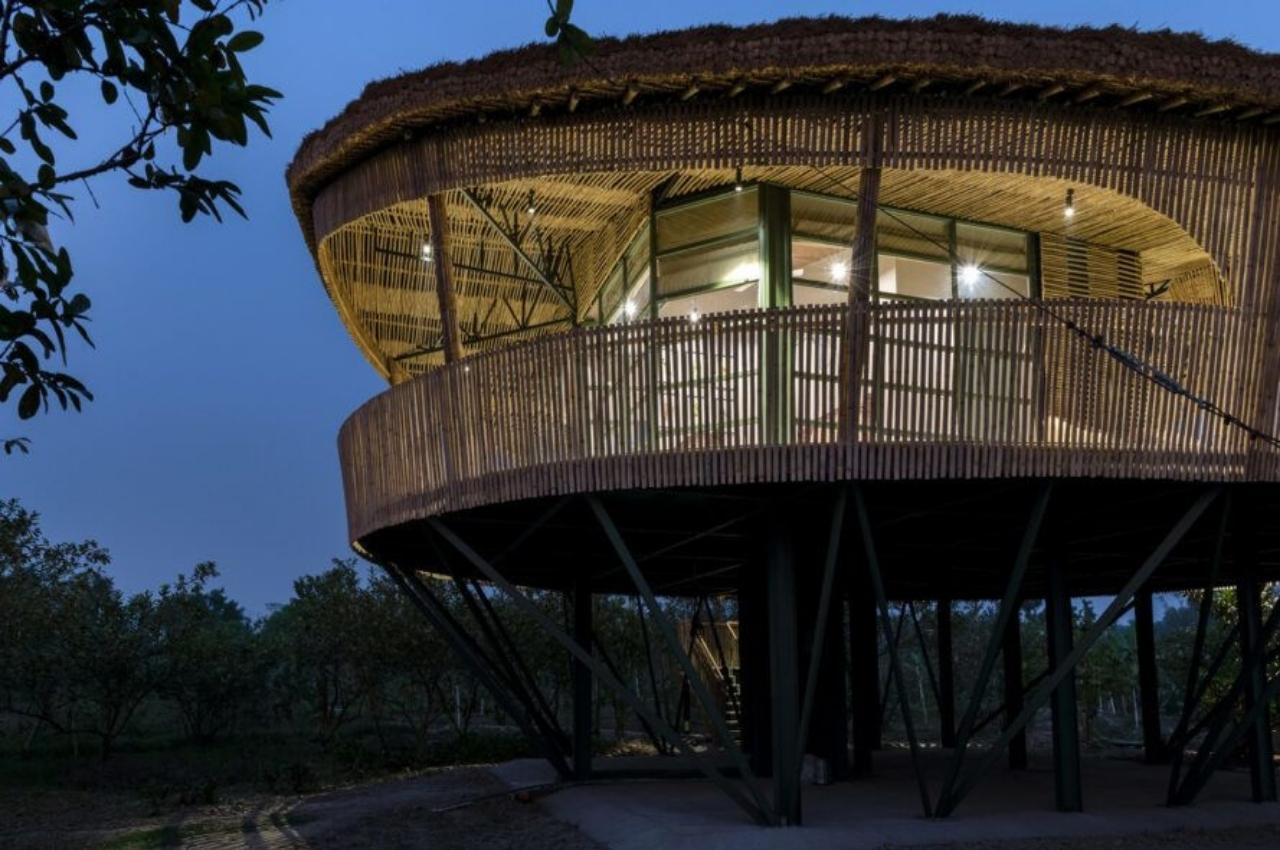 Top 10 micro-homes to convert you into sustainable architecture advocates

Micro living is being adopted by a MAJOR number of people today. Sustainability has been running on everybody’s mind. Ever since the pandemic shook up…

Inspired by and built for twin sisters, this all-black home has a tree running through its center

Iranian architect, Milad Eshtiyaghi is known for his eccentric, yet awe-inspiring structures. His designs are far from ordinary, and will leave you wondering how he…

Sides are so passé!

The Aldar Headquarters located in Abu Dhabi stands alone as a striking modern marvel against a landscape of harsh desert and four-sided buildings. The semispherical…

From quaint wooden cabins to floating mansions – the world of architecture is always thriving and evolving! It is anything, but boring. The scope of…