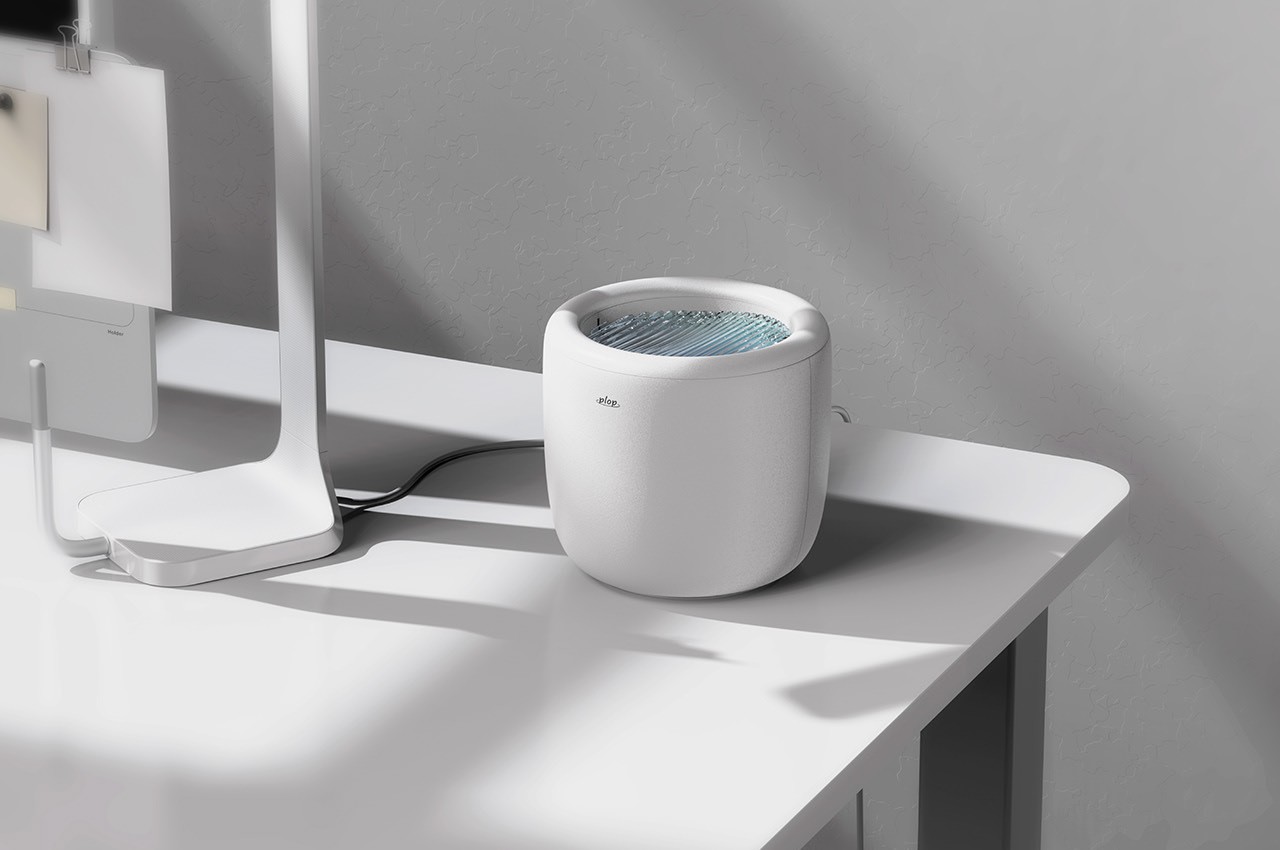 We all know we should save for a rainy day, but just like eating veggies, it’s easier said than done. Even the simple act of saving loose change is something that people put off, forming bad habits that work against saving even the smallest amount of money. Part of the hesitation comes from the negative psychology of parting with your hard-earned money, a mentality that is especially alien to a generation used to instant gratification. One solution is to turn the narrative around and transform the piggy bank into a wishing well, as exemplified by this design concept, one that accumulates small wishes in order to build the foundations that will make that wish come true. 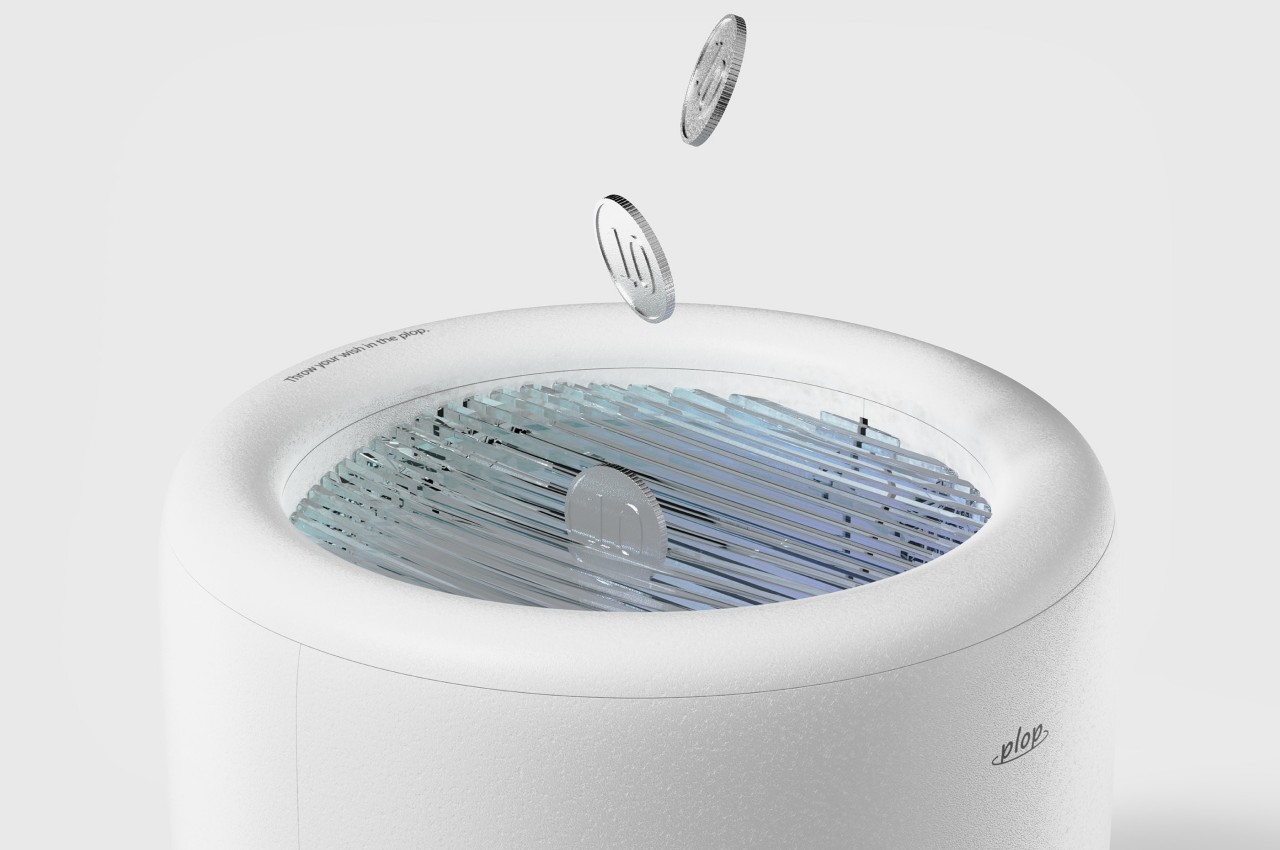 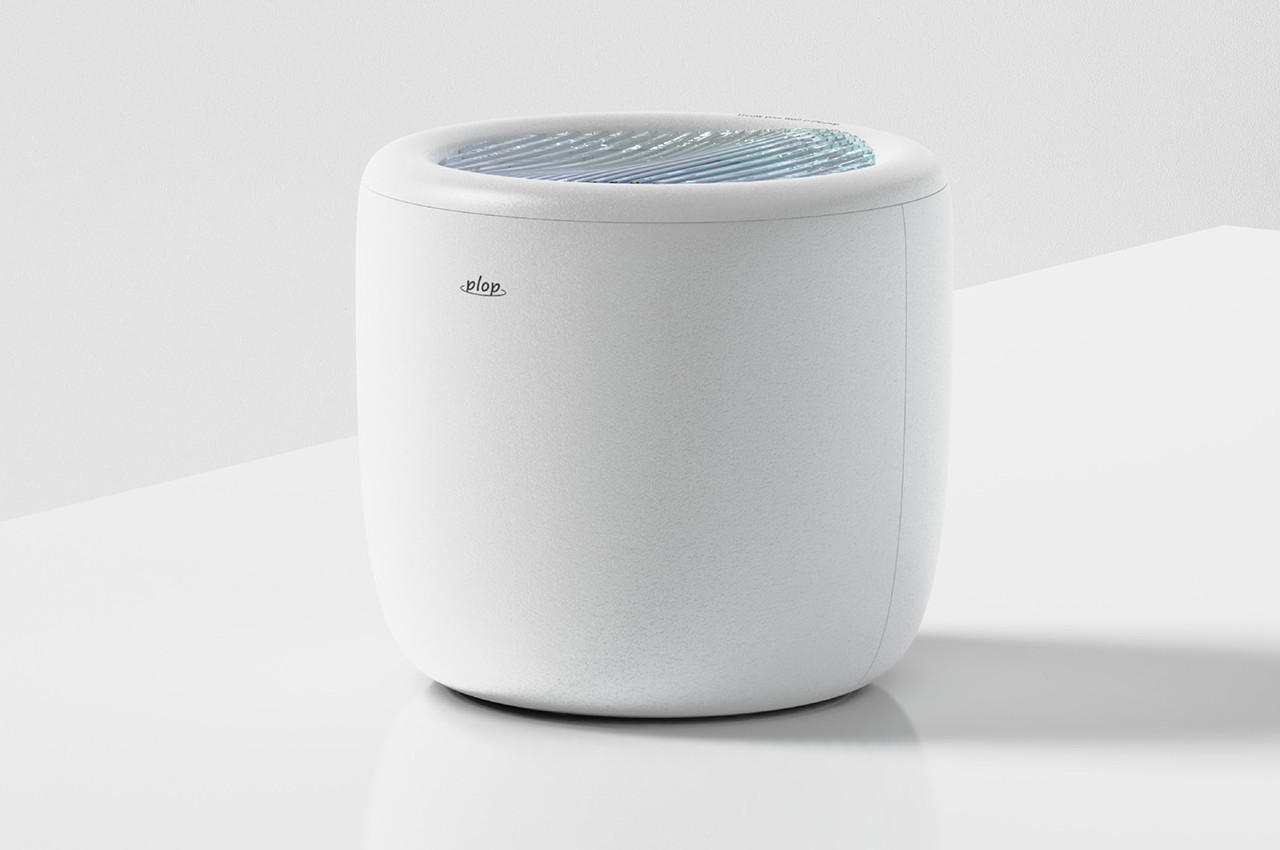 Piggy banks or coin banks have been around for centuries, maybe even millennia. They might come in different sizes, shapes, and designs, but the meaning behind them has remained the same. Like a bank account that doesn’t accumulate any interest, it’s simply a way to stash money away so that it’s not easy to reach unless absolutely necessary. It uses the psychological principle of “out of sight, out of mind” to make you temporarily forget about the money you might otherwise be spending unwisely. 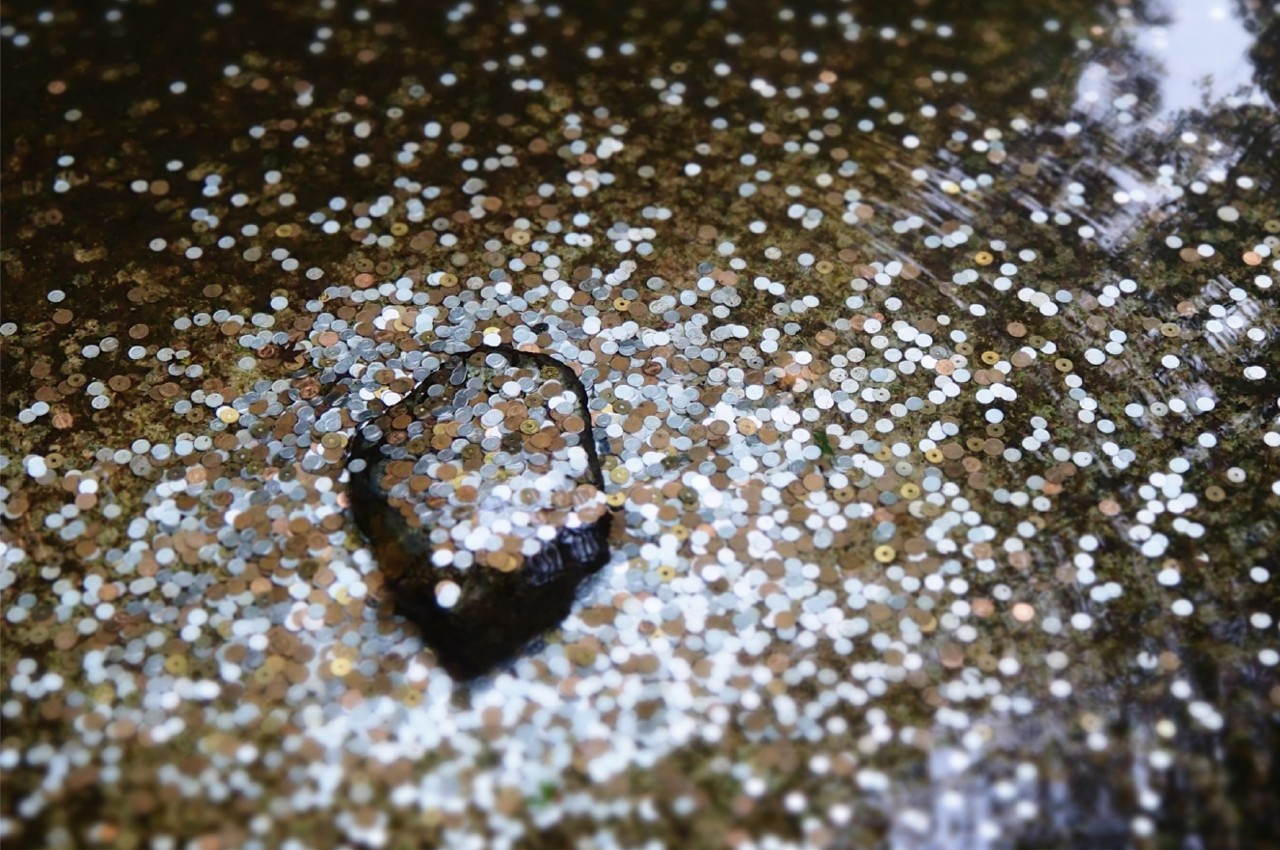 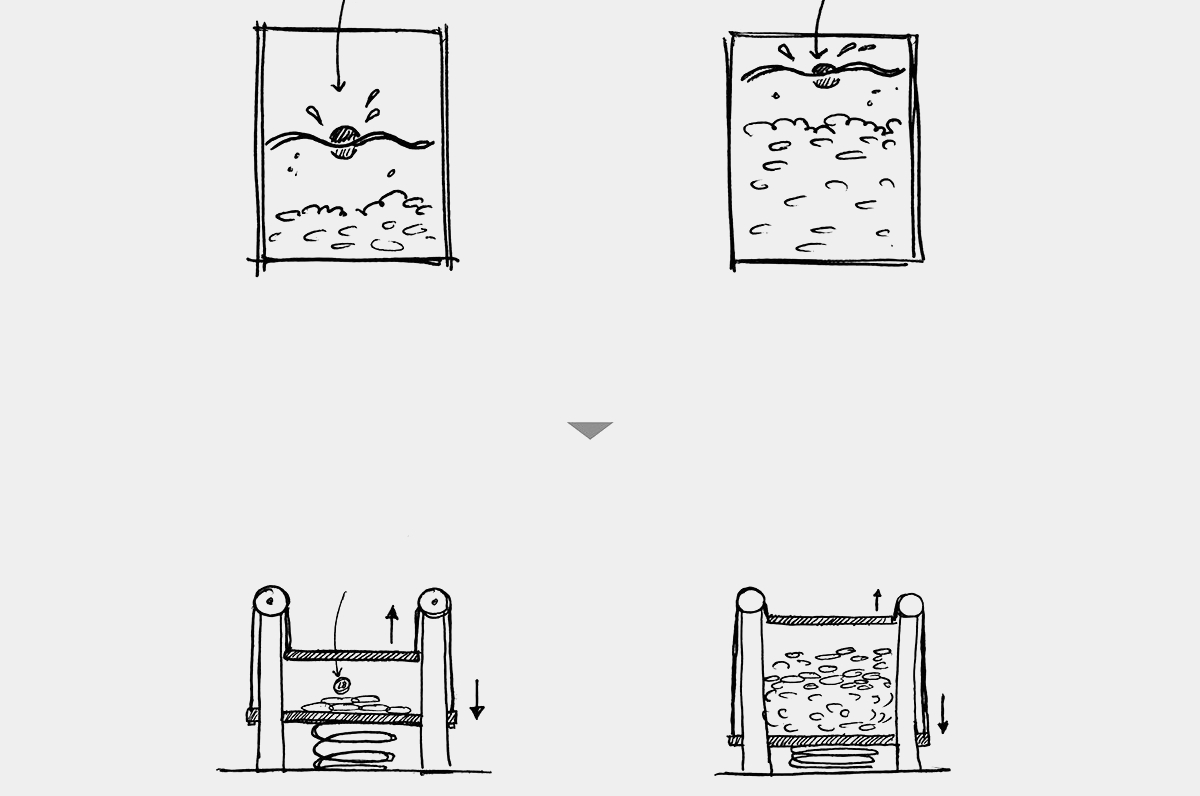 The simple act of putting coins inside that container, however, can also carry with it some negative emotions that become hindrances to forming that habit. You are, after all, making a sacrifice, and the very word itself carries with it concepts of pain and suffering. The most successful coin banks, however, are filled with a specific intention in mind, usually involving saving up to buy something that parents or partners wouldn’t normally approve of. That’s the kind of psychological trick that Plop is trying to use, turning sacrifice into a wish instead. 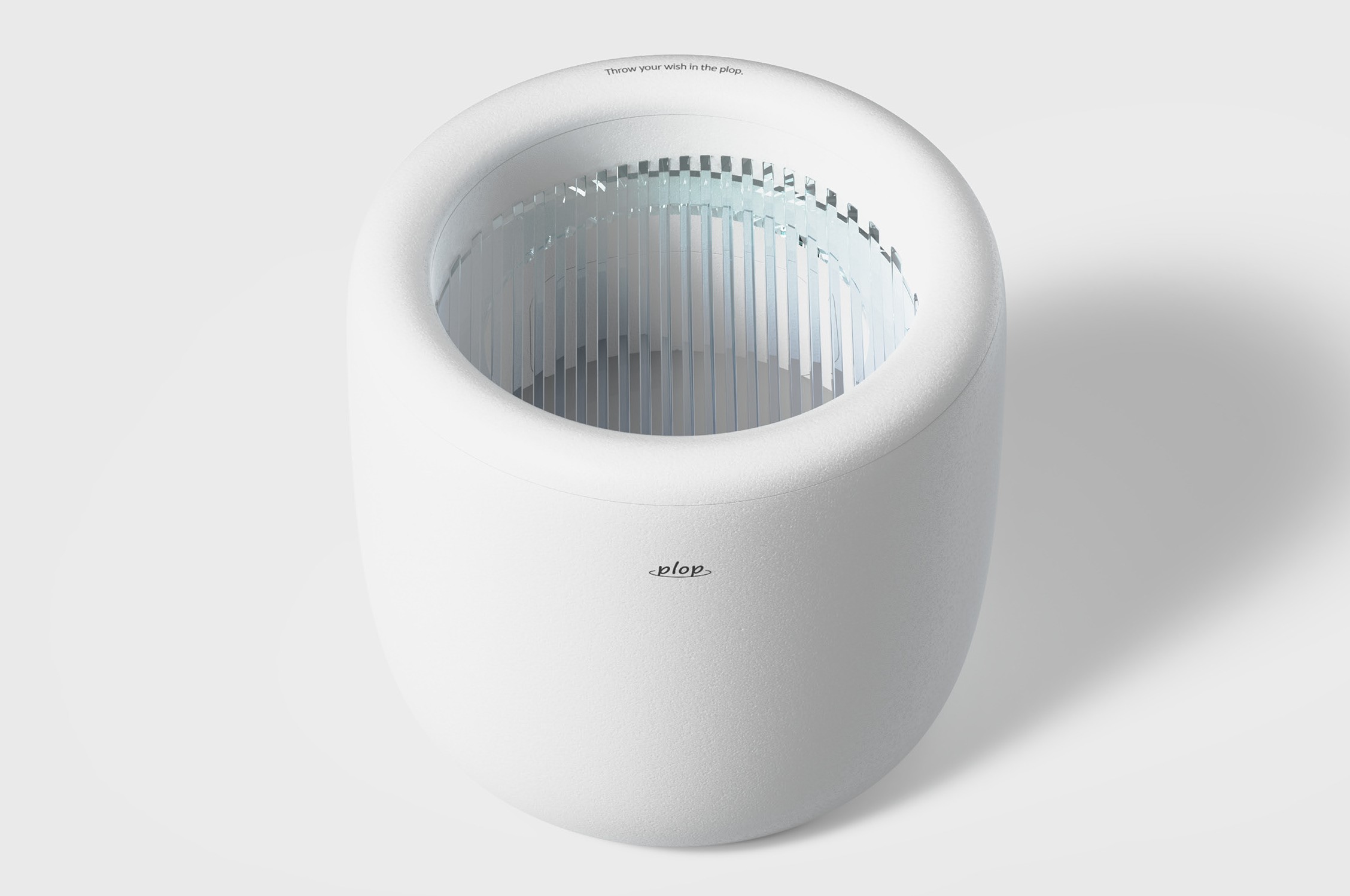 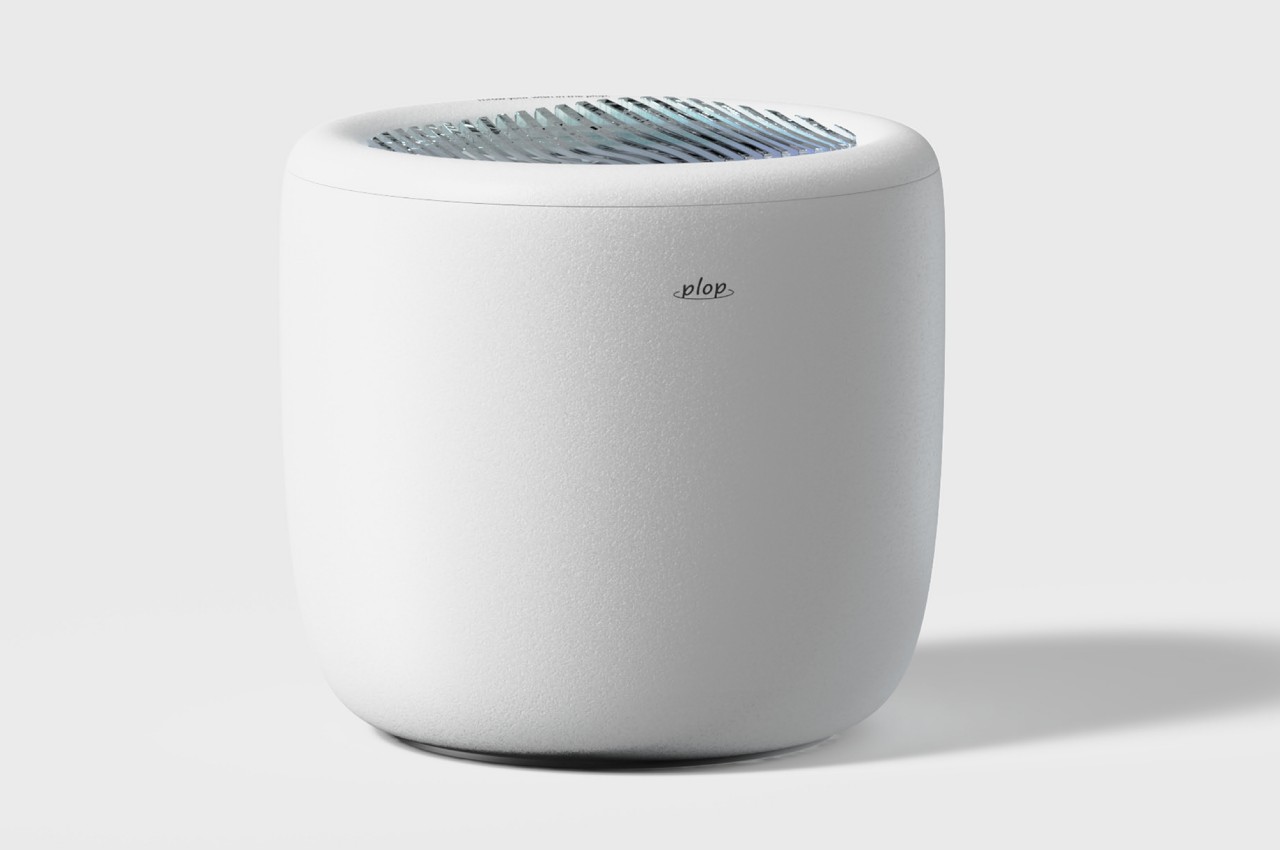 The concept uses the image of a wishing well where one throws in coins to make a wish. Do it enough times, and the wish will come true, or at least that’s how some myths go. It’s the same action of accumulating enough coins toward a certain goal, but changing the narrative to something more positive helps reduce mental friction. When it’s easier to think about putting money in, you’re more likely to do it moze often than not. 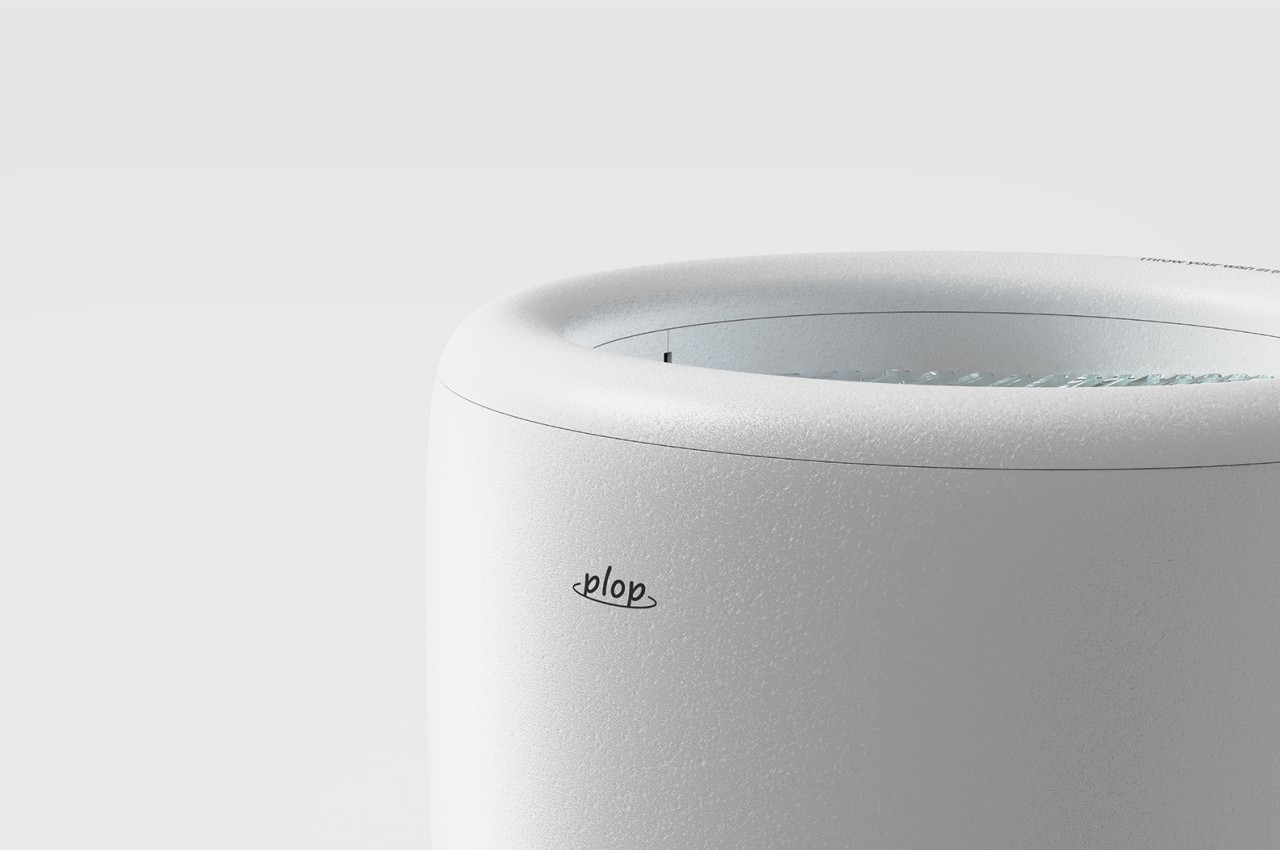 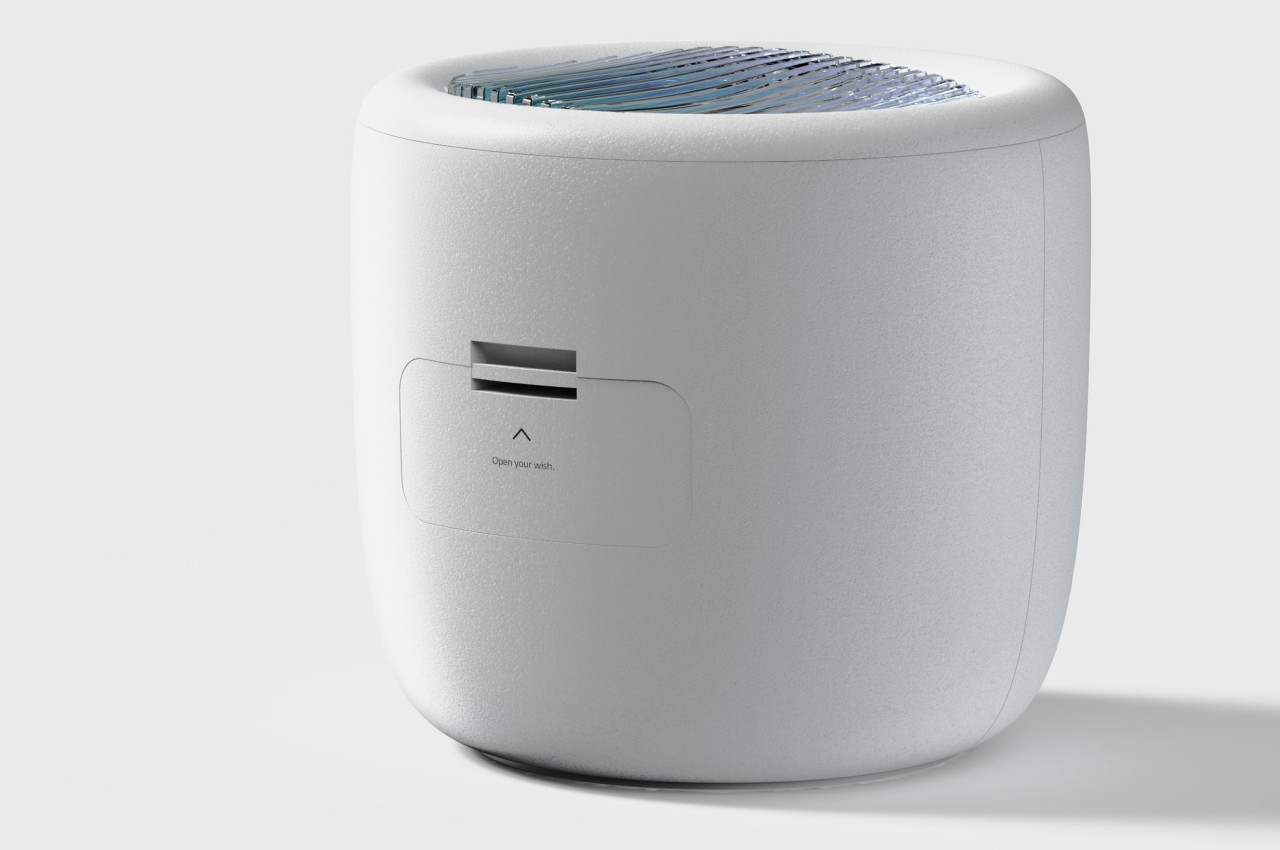 Positive reinforcement also applies to the top panel designed as grilles to mimic wavy water. Unlike a traditional coin bank where you can only guess the amount of content based on its weight, Plop provides more positive visual feedback instead. The more coins it contains, the higher the panel rises. Depending on how often you save, you might see this visible change more frequently. In fact, it might even encourage you to put more coins in, which is yet another trick to push our brains to develop good habits rather than hindering them with negative emotions and images. 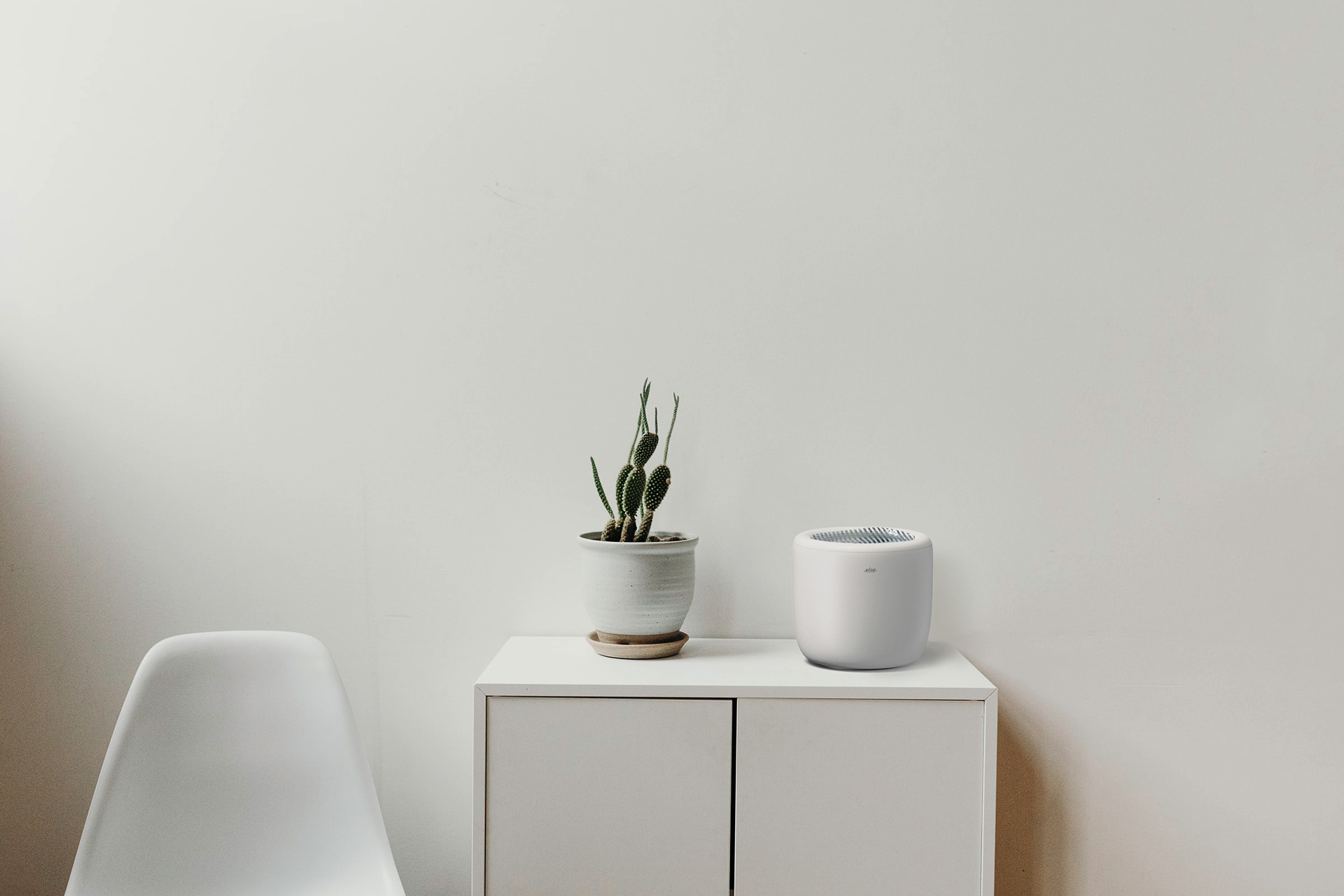 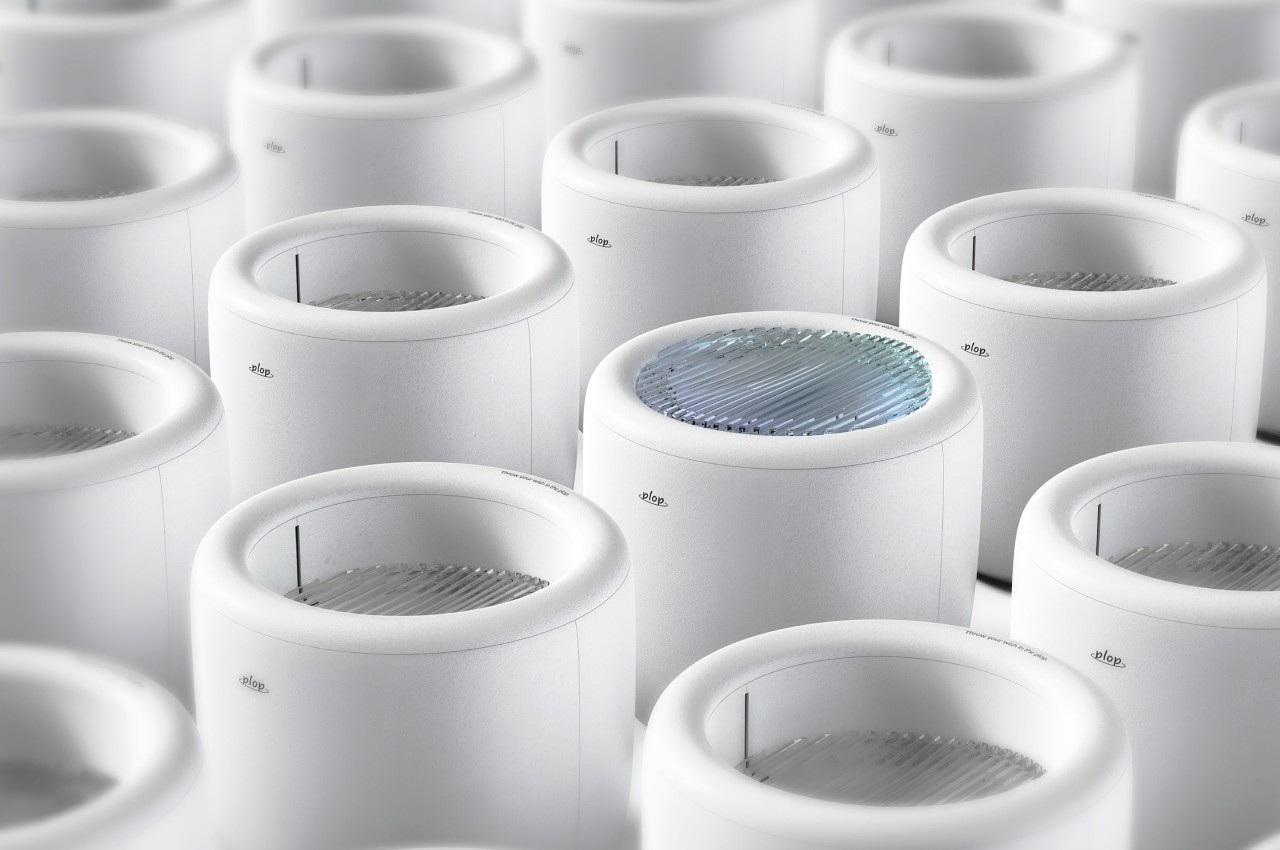 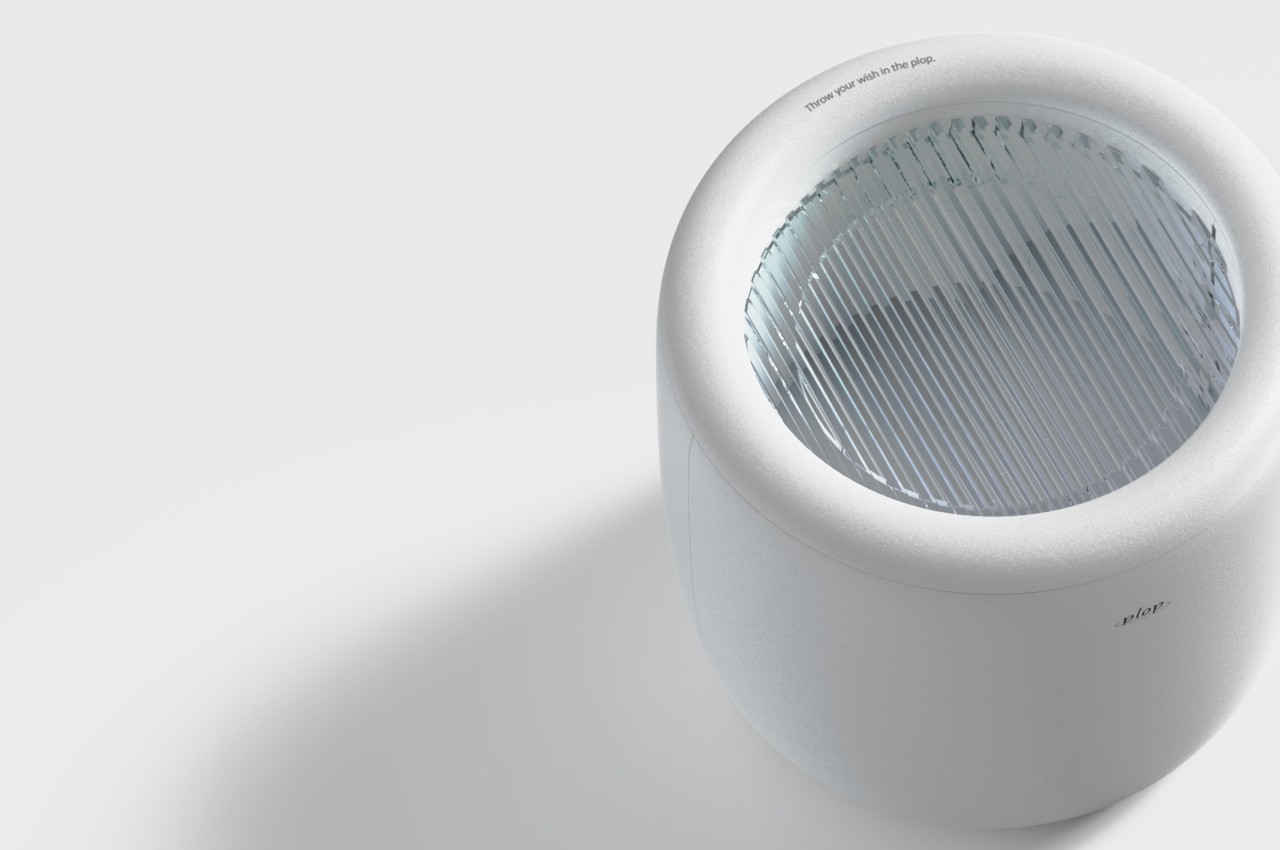 We attach a lot of technologies to our bodies, not yet including the smartphones we keep close, most of which are designed to monitor our…

To be honest, I could not survive without my MacBook! It stores almost everything I hold sacred, and I need it for various purposes –…

With the Miko welder, everyone from mechanics to construction teams can maximize accuracy and speed with a little help from some cool robot tech. The…

Let your OCD run wild with this little bitty vac with a whole lotta suck! It’s called Aeriwand and it’s designed to reach areas that…