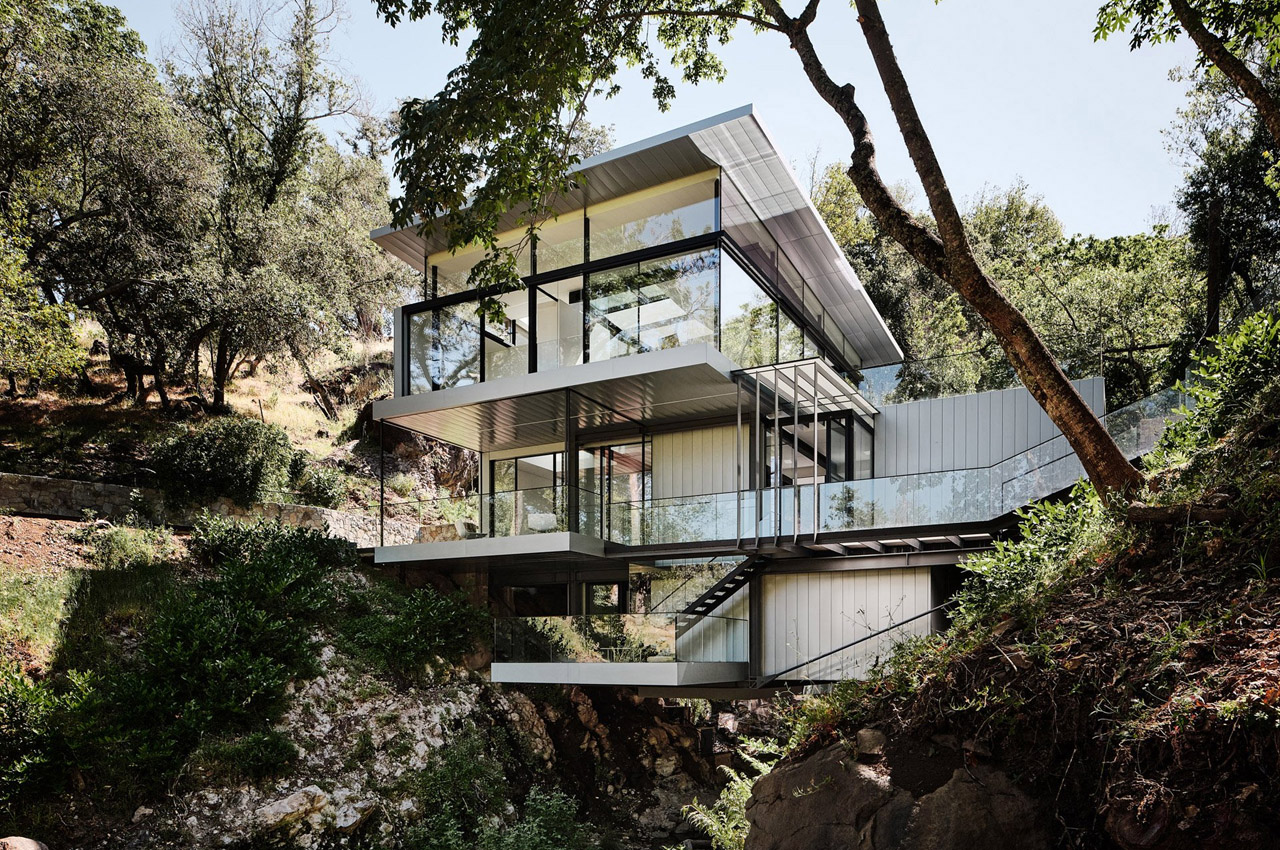 Remodeled by Fougeron Architects, this holiday home is suspended between two hills in California, bridges a creek, and has a waterfall in the backyard! It was enlarged and renovated by the firm to function as a weekend getaway for a couple and their child. The home was originally built in the 1970s, and the architects aimed to strengthen the home’s relationship to its surroundings, and its impact on the creek. 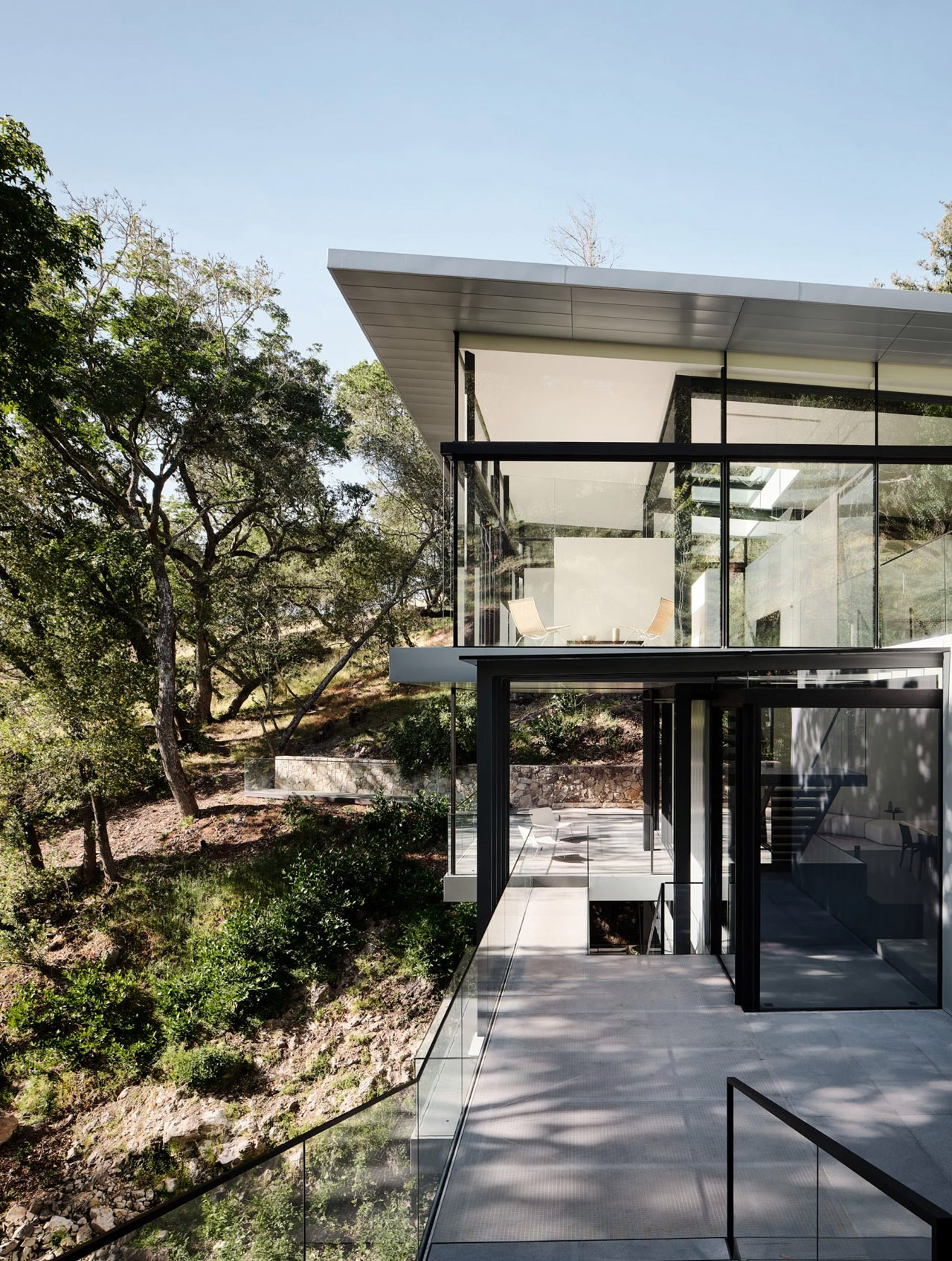 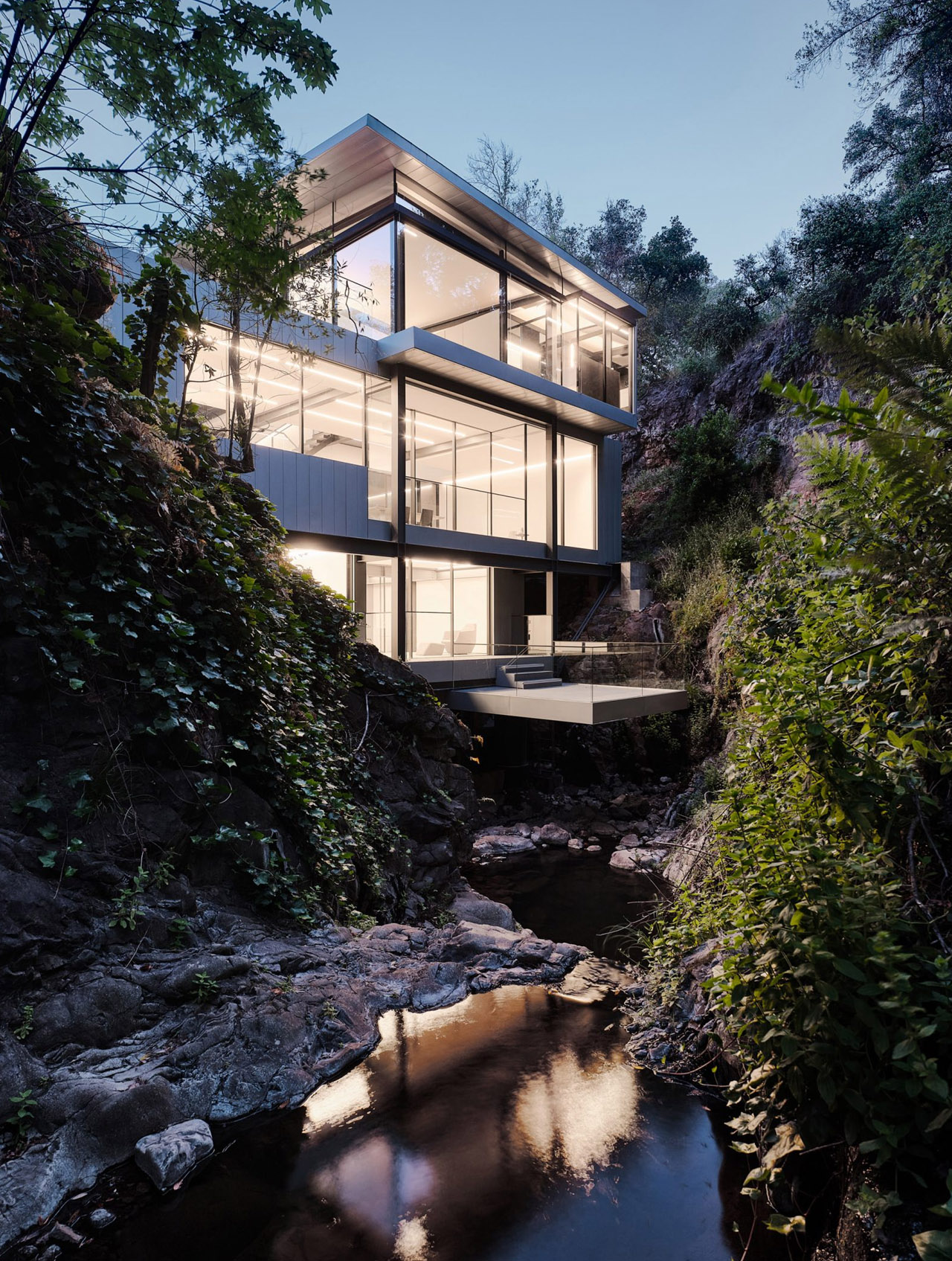 Building the structure was quite interesting since it is illegal to build homes that are suspended over a creek, and the homes that already exist over creeks, have to follow quite a few stringent rules. “There were strict guidelines on how to use the existing structure as the basis for design,” the studio said. “Most importantly, the new home had to follow the exact outline of the existing house and decks.” To tackle this issue, the studio maintained the same footprint for the lower and upper levels and added a third level with a different orientation.

“The new third floor rotates 90 degrees to better relate to the site. This shift breaks up the mass of the structure, giving some levity and height while differentiating itself from the lower floors.” the studio continued. 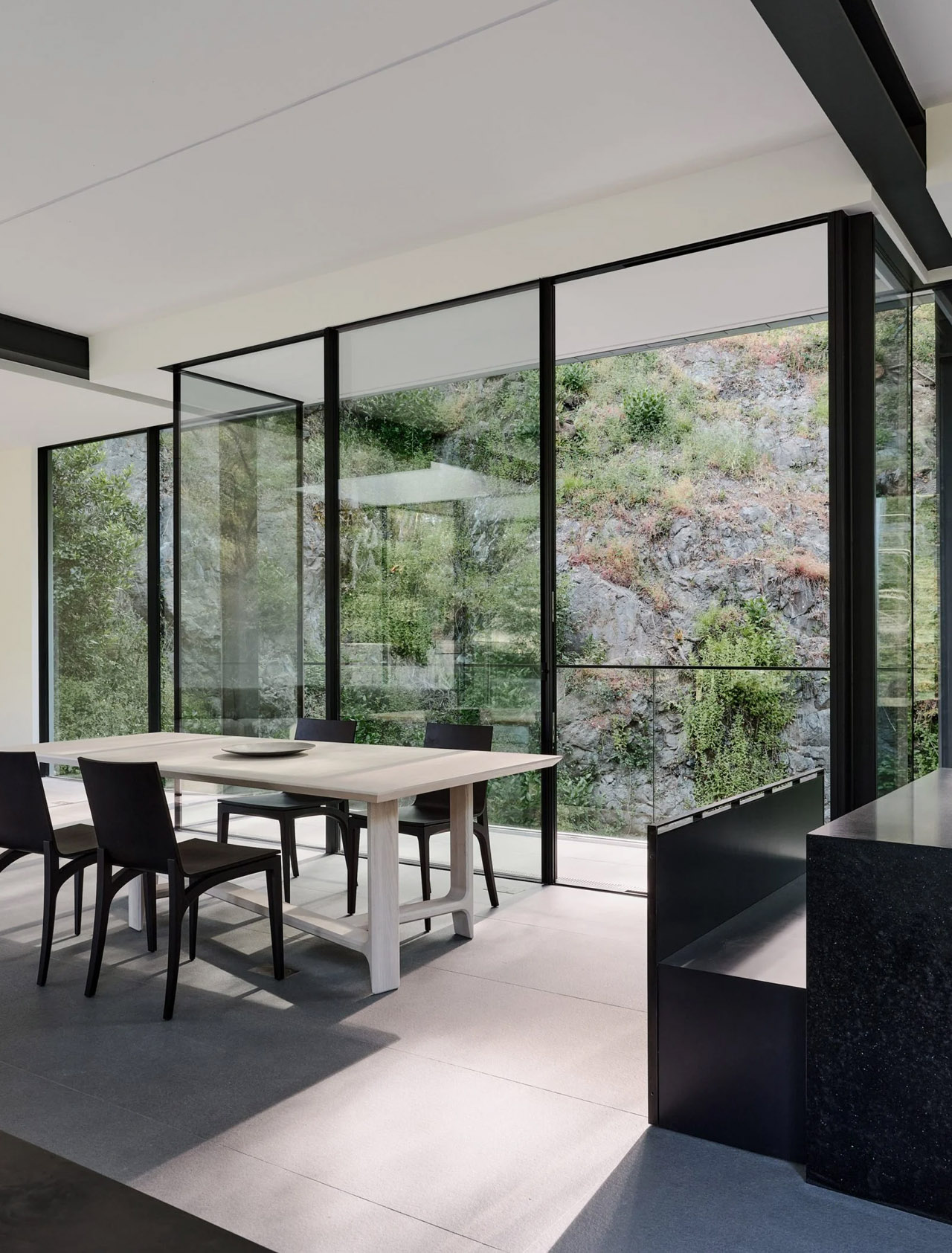 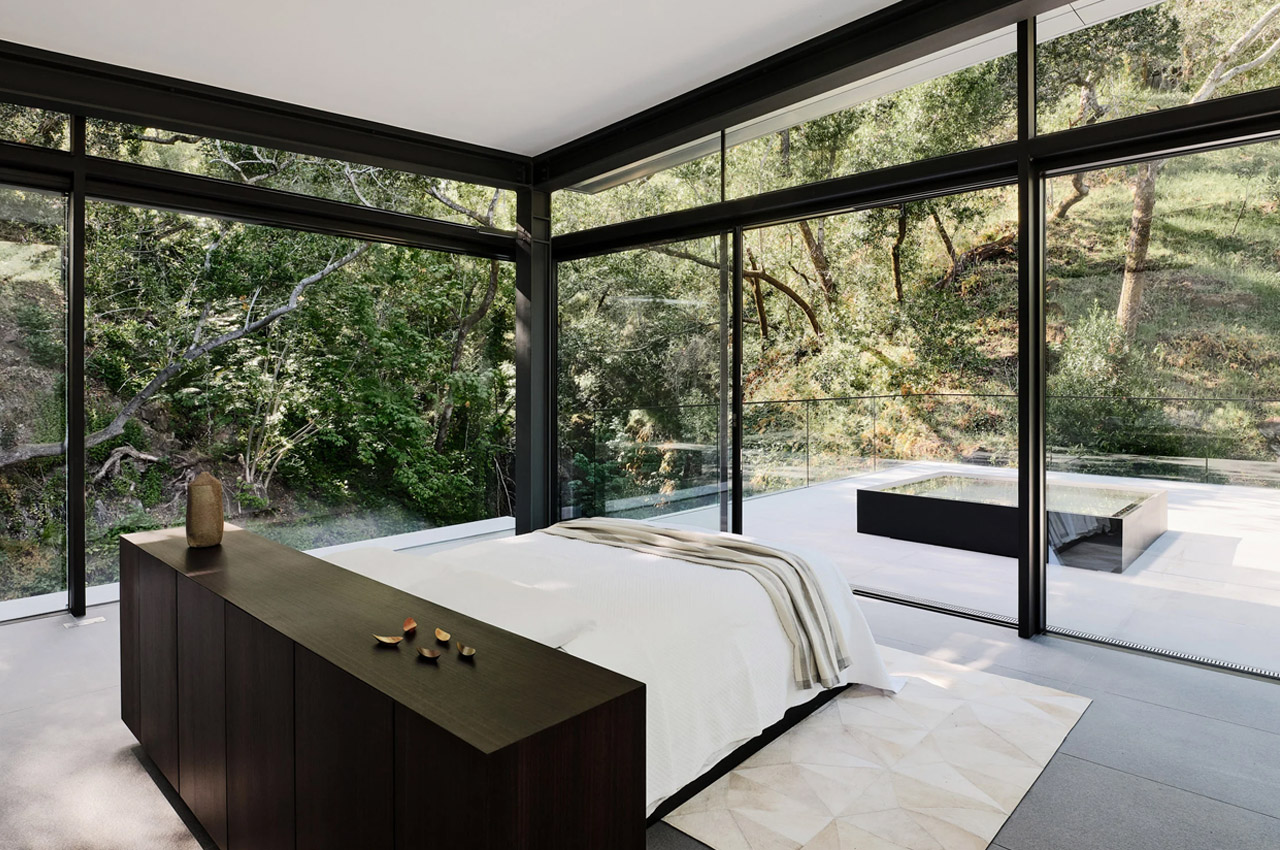 The previous structural system was dismantled, and replaced by a new one which minimizes the damage and disturbance caused to the creek. It was anchored to the bedrock within the flanks of the hill, allowing it to be suspended completely over the water. The exterior of the home is clad in zinc, and slabs of glass. It occupies 2500 square feet, with the lower level featuring a guest room and a utility space. The middle level holds a kitchen, dining area, and living room. While the third floor houses a master suite, bedroom, and flex room. 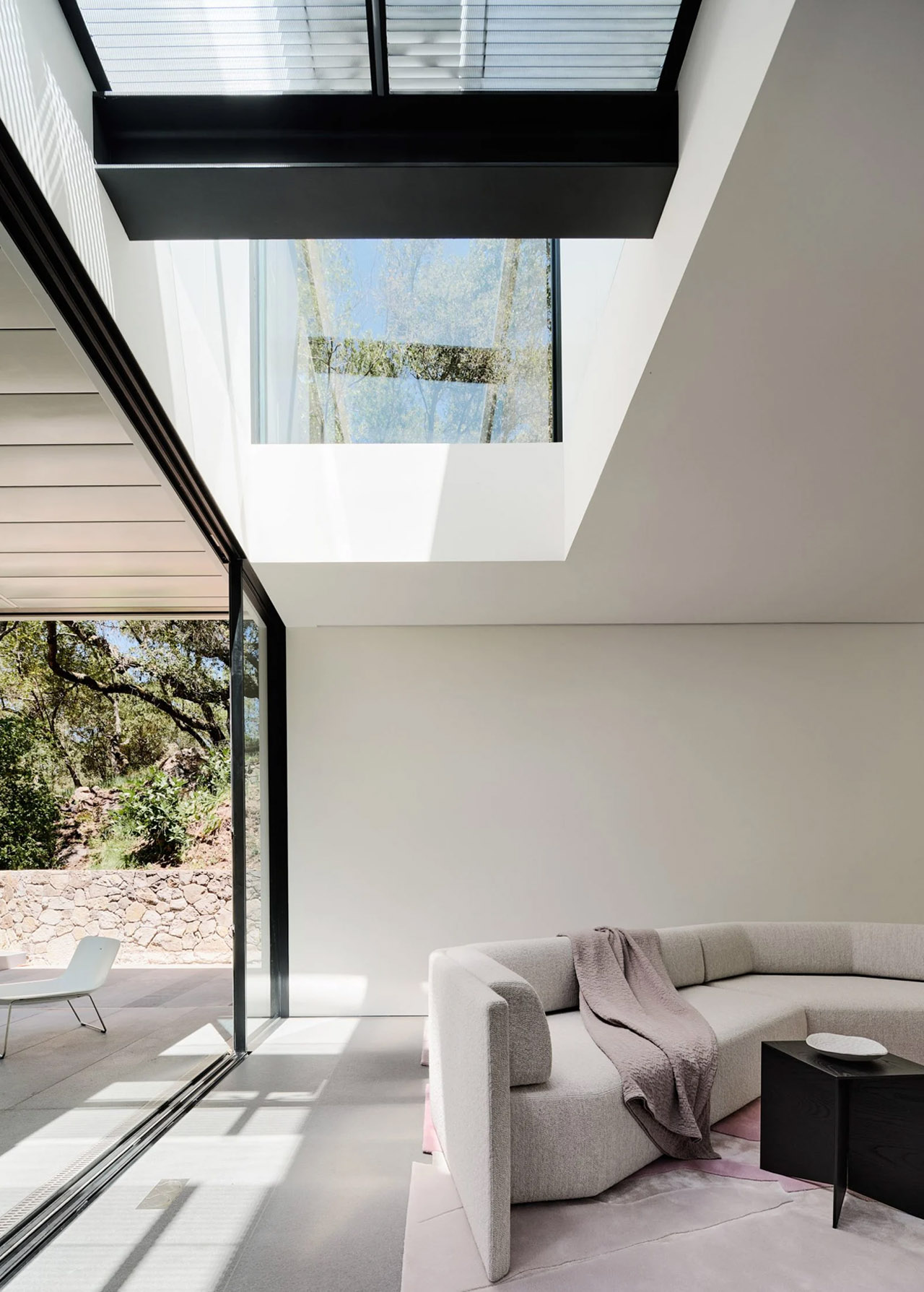 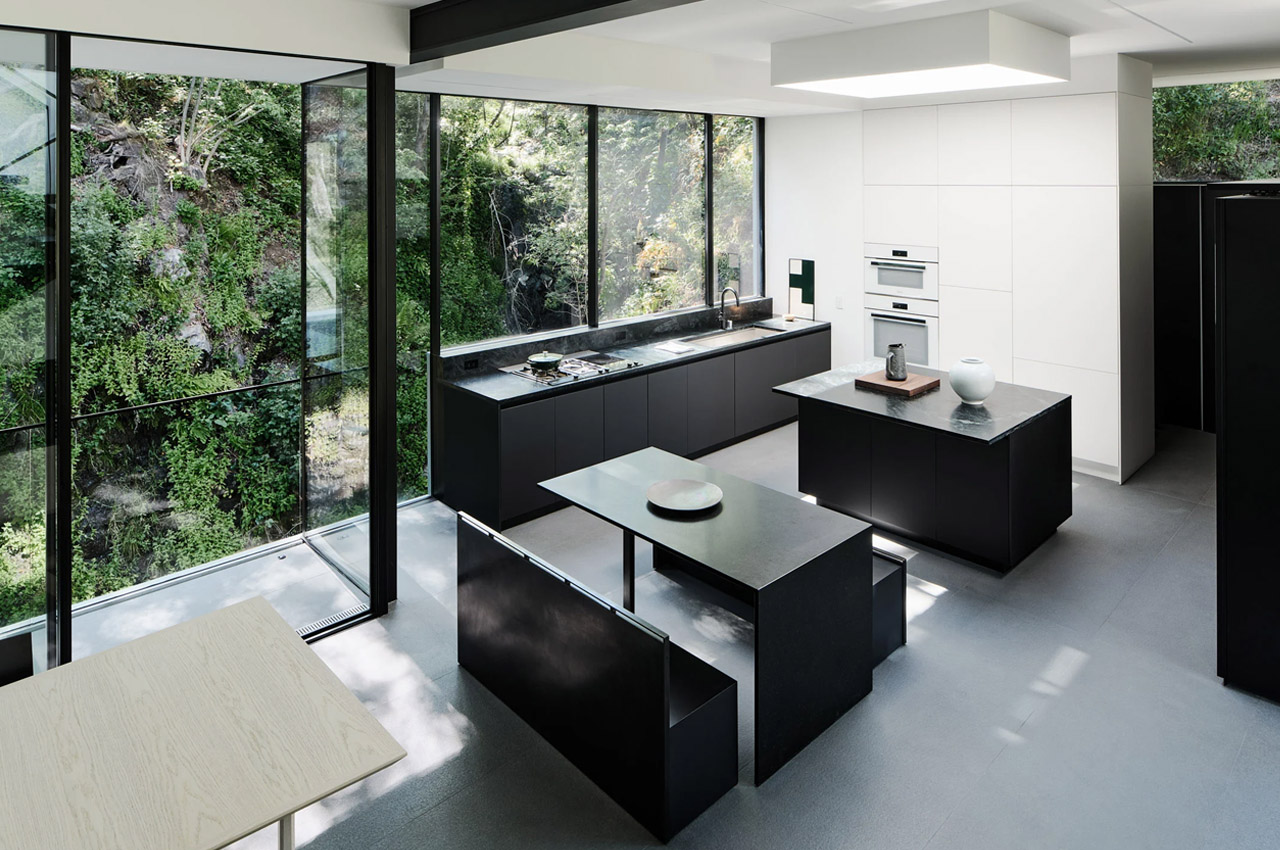 The interiors feature an interesting black and white color theme, which is complemented by stoned flooring, and exposed columns and beams. All three levels are connected by a mix of indoor and outdoor staircases, and terraces are scattered along the perimeter of the home. A sloped roof with photovoltaic panels is placed above the third level. The studio said, “The roof – like the home itself – hovers, creating a dynamic space with lots of natural light.” 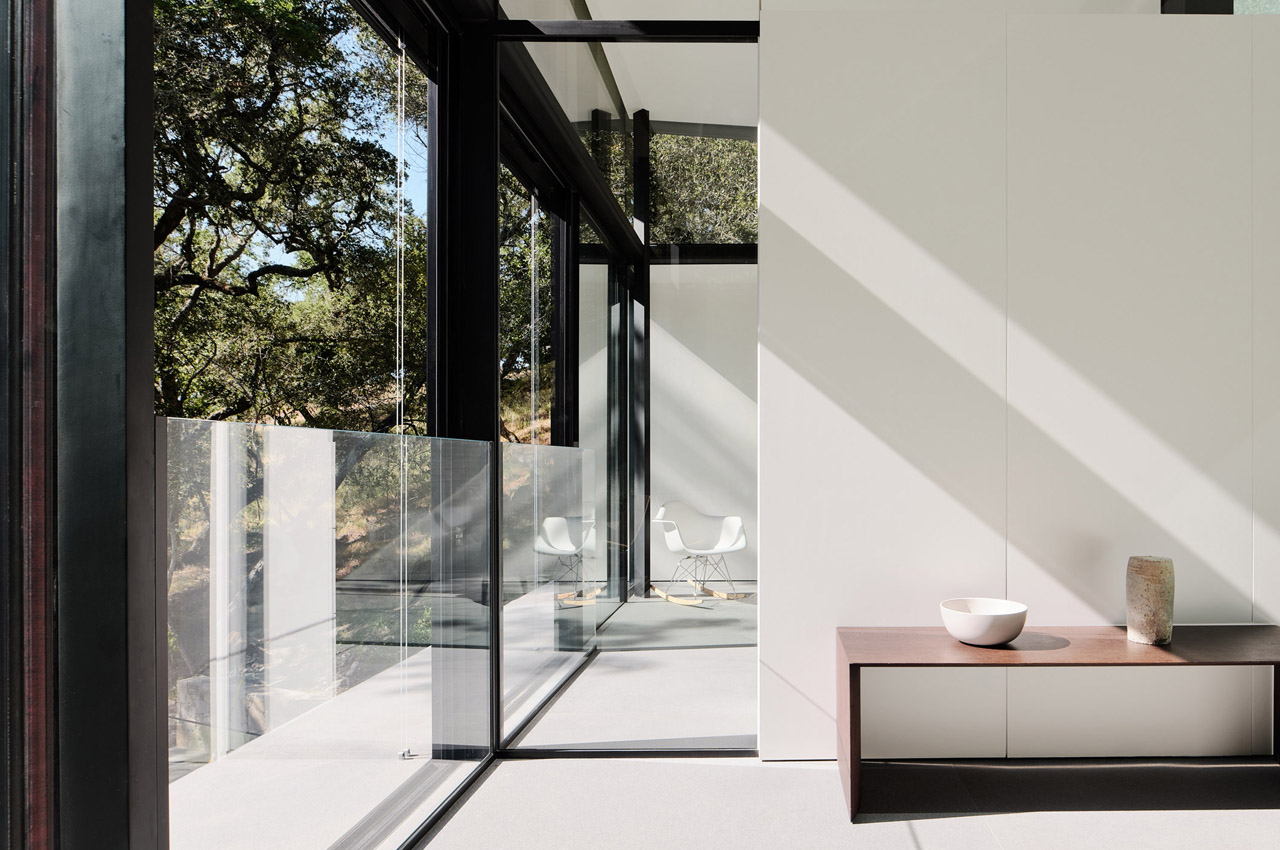 The entire home is an open and spacious living space, that is a peaceful sanctuary surrounded by nature. The architecture studio truly uplifted a pre-existing structure, without compromising on its initial footprint, and theme. 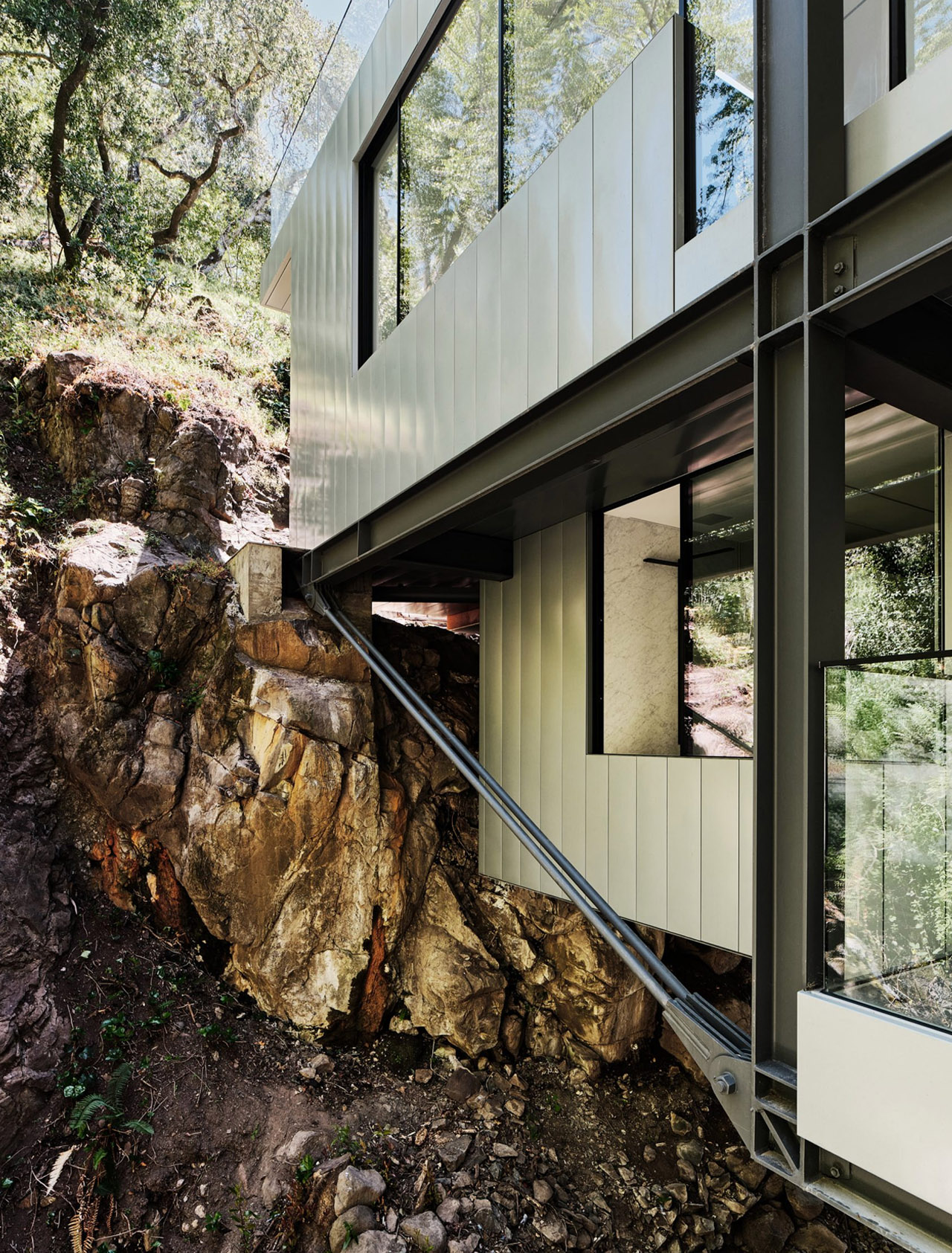 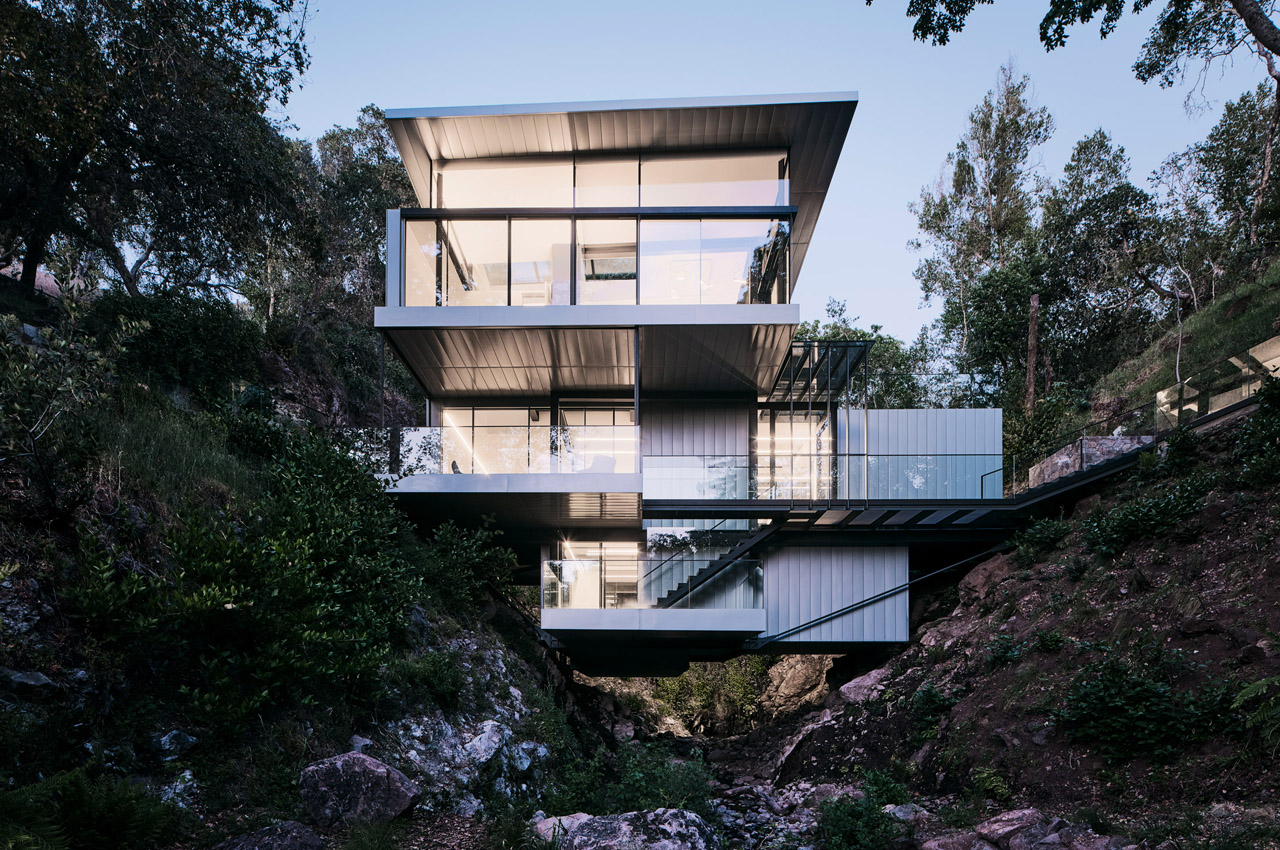 I ate so much jello as a kid that I’m now totally sick of it. Even the promise of suspended fruit no longer appeals to…

Situated in the middle of a lake in south-east Shanghai, the SH Fish building serves as the focal point among 5 other proposed structures. The…

A child’s drawing of a house is the inspiration behind this totally zen home!

What happens when one of the most sought-after architectural photographers in Texas decides to build their own home? A simple, honest home with an attention…