Now in its third iteration, the Timekettle M3 aims at nailing the three features that make TWS Earbuds such a revolutionary product – Wireless Audio for music/calls, Active Noice Cancelation for the best listening experience, and probably the M3’s most impressive tidbit – Real-time Audio Translation, that too, while offline.

Timekettle originally sprung up in 2017 with its award-winning WT2 earbuds that touted real-time translation. A couple of hardware, software, and overall design iterations later, the M2 was revealed in 2021. The M2 was truly unique to look at, with an earbud case that split into two halves, with an earpiece in each half that could be pulled out, worn, and used. The idea was to somehow use design to push the idea that these earpieces aren’t your average left-ear-right-ear audio units. They’re designed to be shared by breaking in half (sort of like a KitKat). Give one to another person and you two can have a seamless conversation in two separate languages, and the earphones would do the rest, translating both languages simultaneously and in real-time, without needing an internet connection. Obviously, the M2 could also be worn the way you wear regular TWS earbuds, perfect for listening to music, answering calls, or even having real-time translation from an external audio source playing back in your ear. 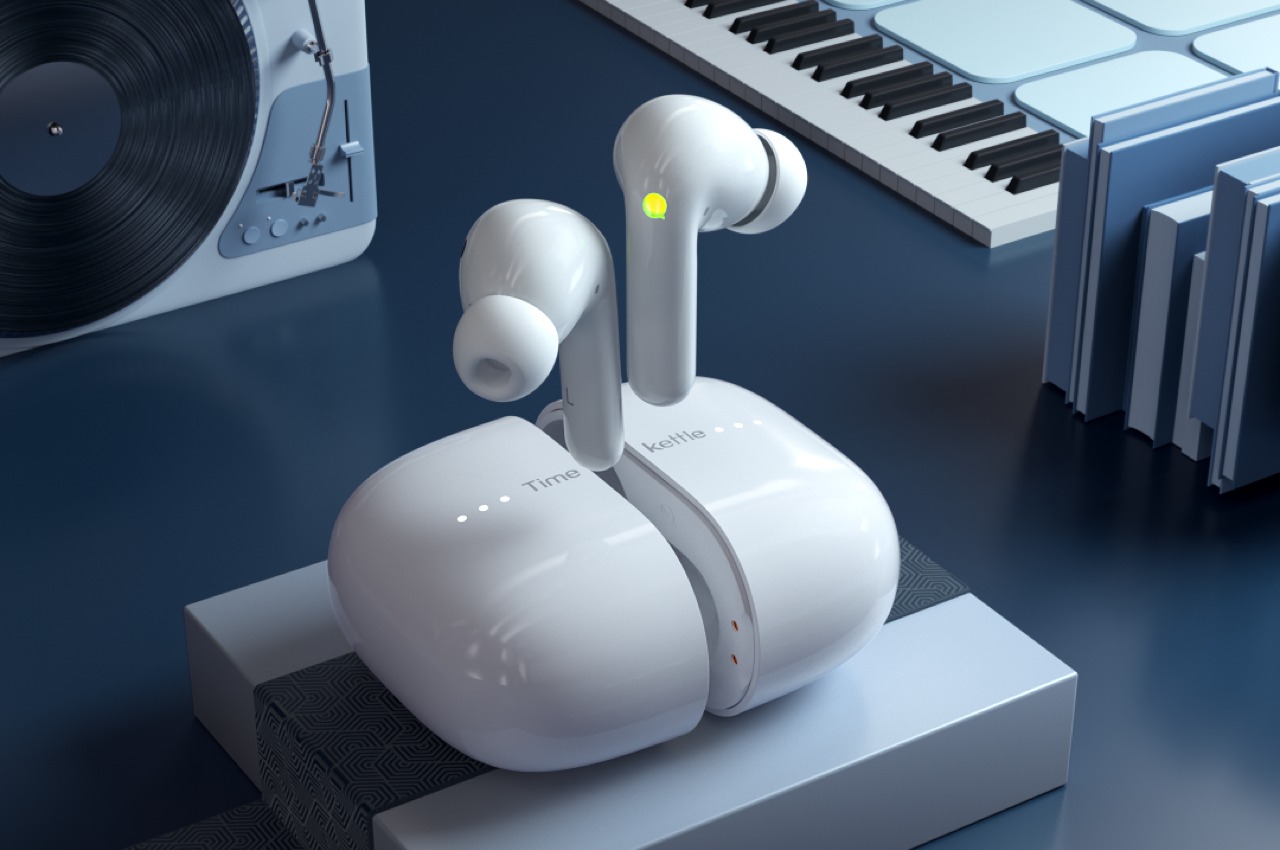 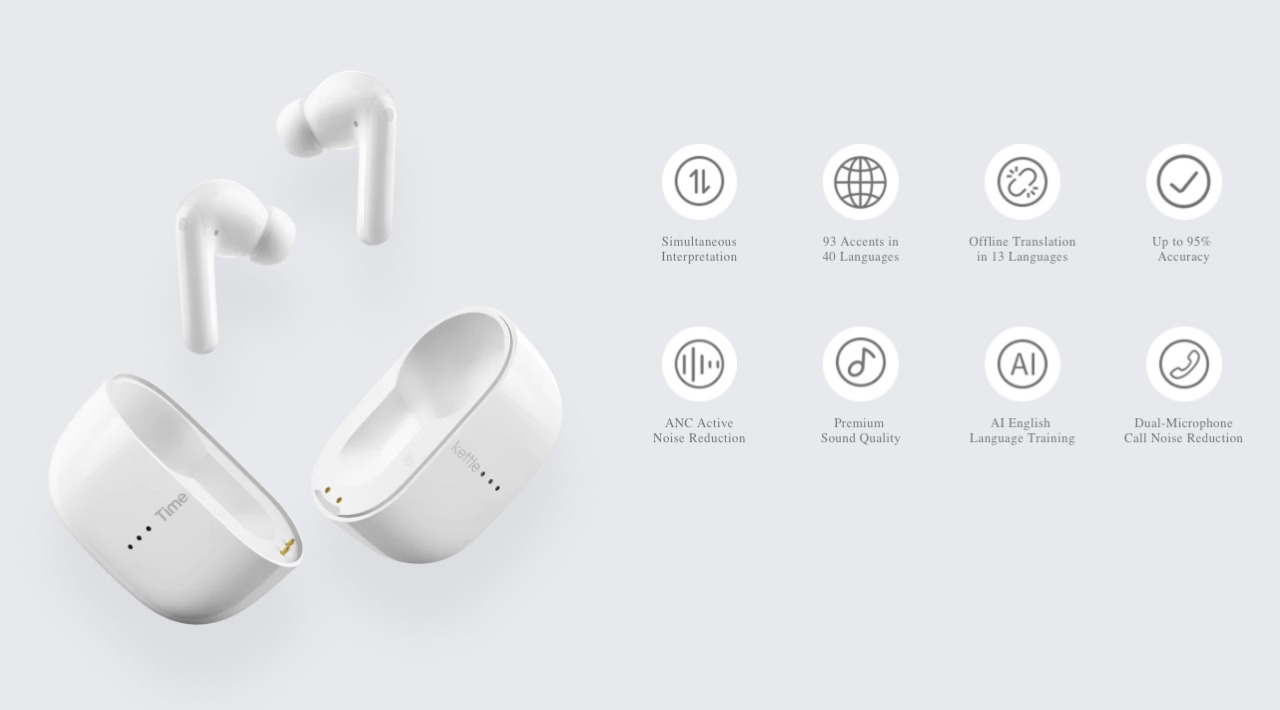 The M2, as impressive as it sounds, is old news now as Timekettle announced the M3 earbuds with some significant upgrades. The M3 comes with the same split-case design as its predecessor and supports the translation of 40 languages and 93 accents in real-time (only major languages work in offline mode), albeit with a more ergonomic fit, better Active Noise Cancelation, and professional-grade EQ tuning abilities. The word real-time isn’t just there for kicks either – Timekettle says that the M3’s translations are accurate 95% of the time, and have an impressive 0.5-second delay. This is thanks to the fact that the earbuds run on 6 of the world’s leading translation engines (DeepL, Google, Microsoft, iFlytek, AmiVoice, Hoya) and even on Timekettle’s own engine to quickly deliver accurate results. It also makes the entire M3 experience a whole lot more seamless, unlike the clunky handheld translators that currently exist. All the translation happens on-device and plays directly into your ear, allowing people to communicate more naturally. 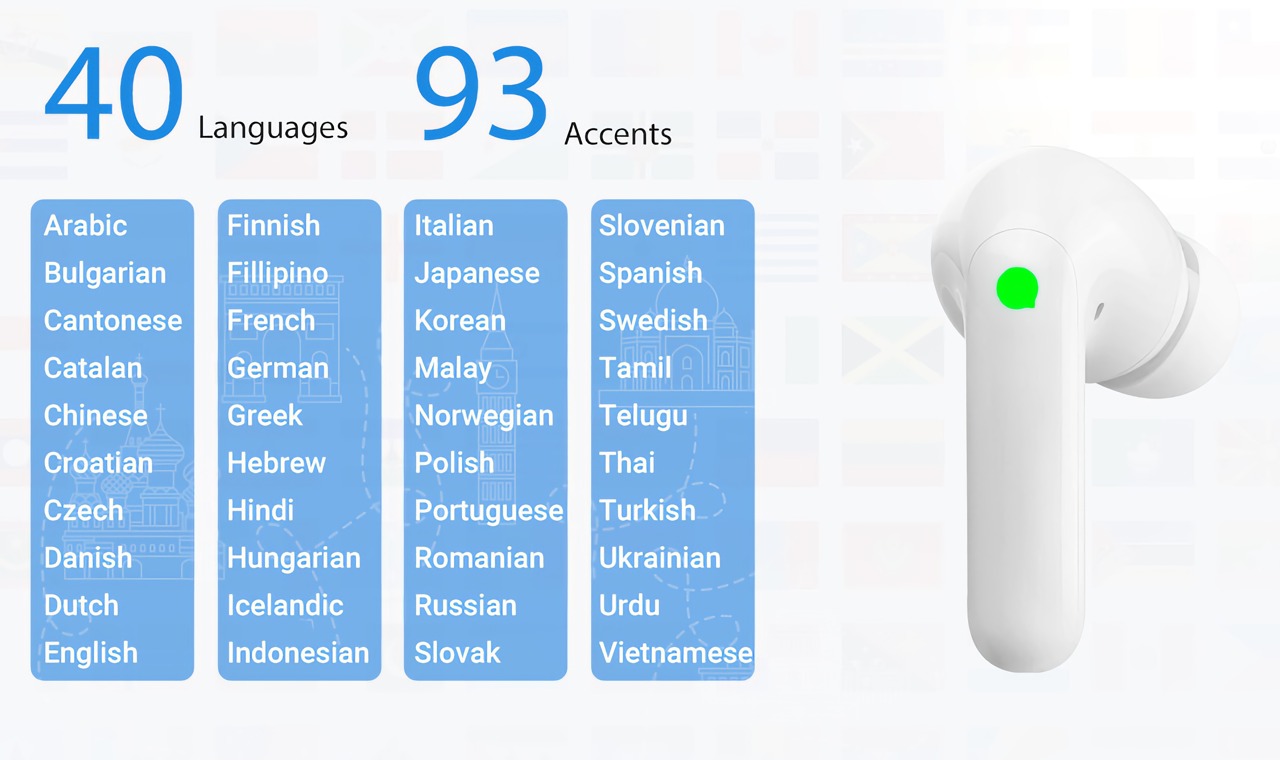 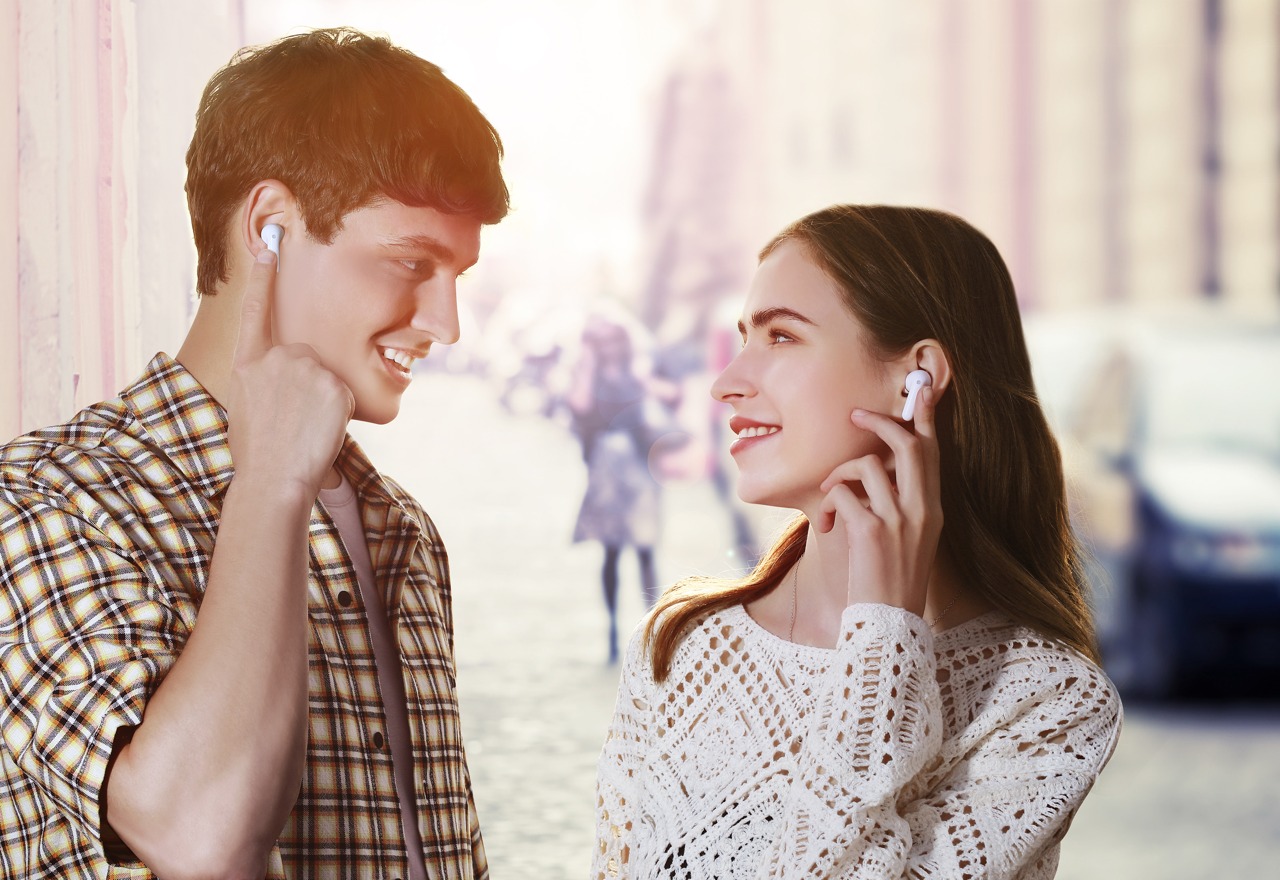 The M3, although built for phone calls and music as well, is best known for its translation abilities. The earphones come with 3 translation modes (Touch, Listen, and Speaker).

Touch Mode is where you can simply tap the force sensor to activate voice pick-up to simultaneously translate all spoken sentences, and have a natural conversation with friends or colleagues from various nationalities. 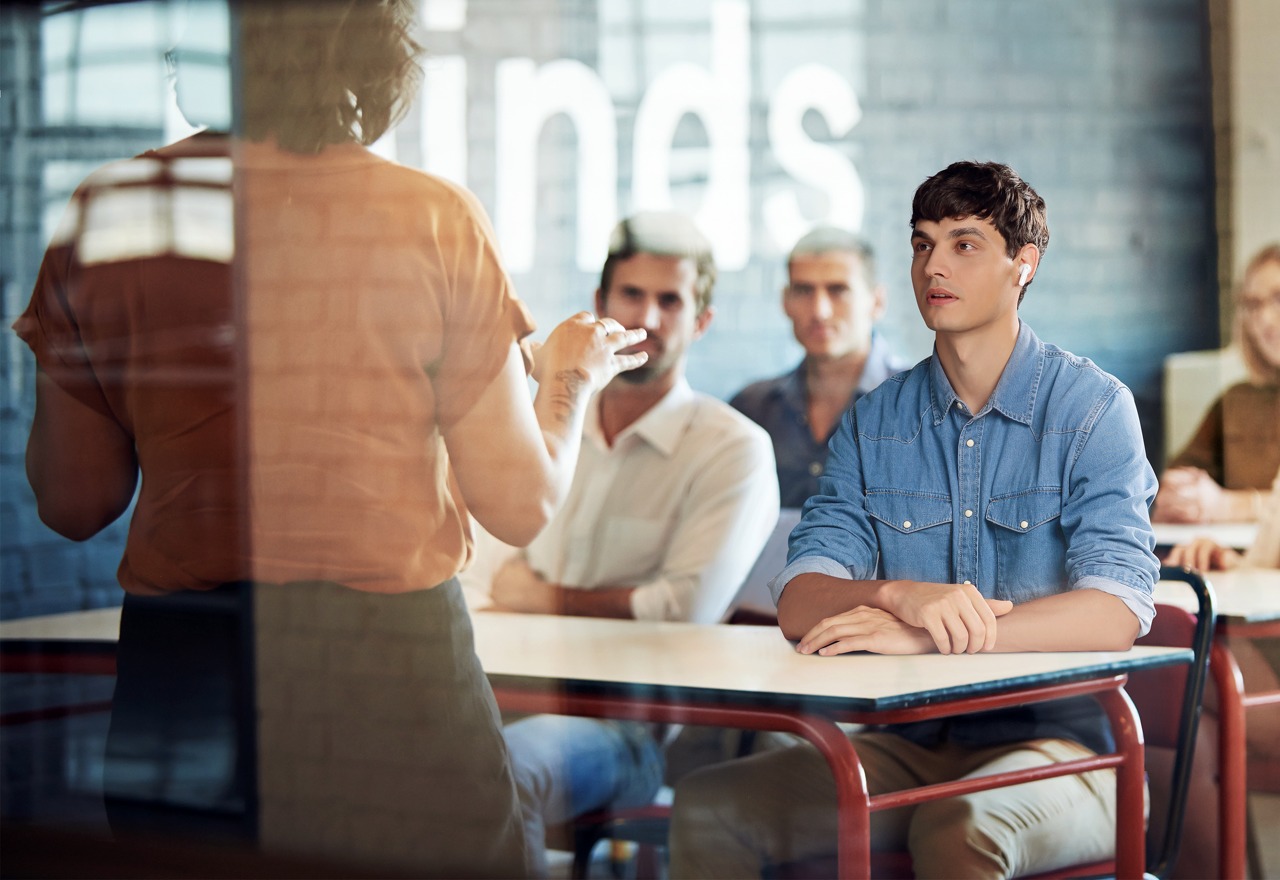 Listen Mode (previously dubbed the Lesson Mode) is where your smartphone acts as a microphone, picking up audio that then gets translated as you listen to lectures, podcasts, or movies through the earphones. 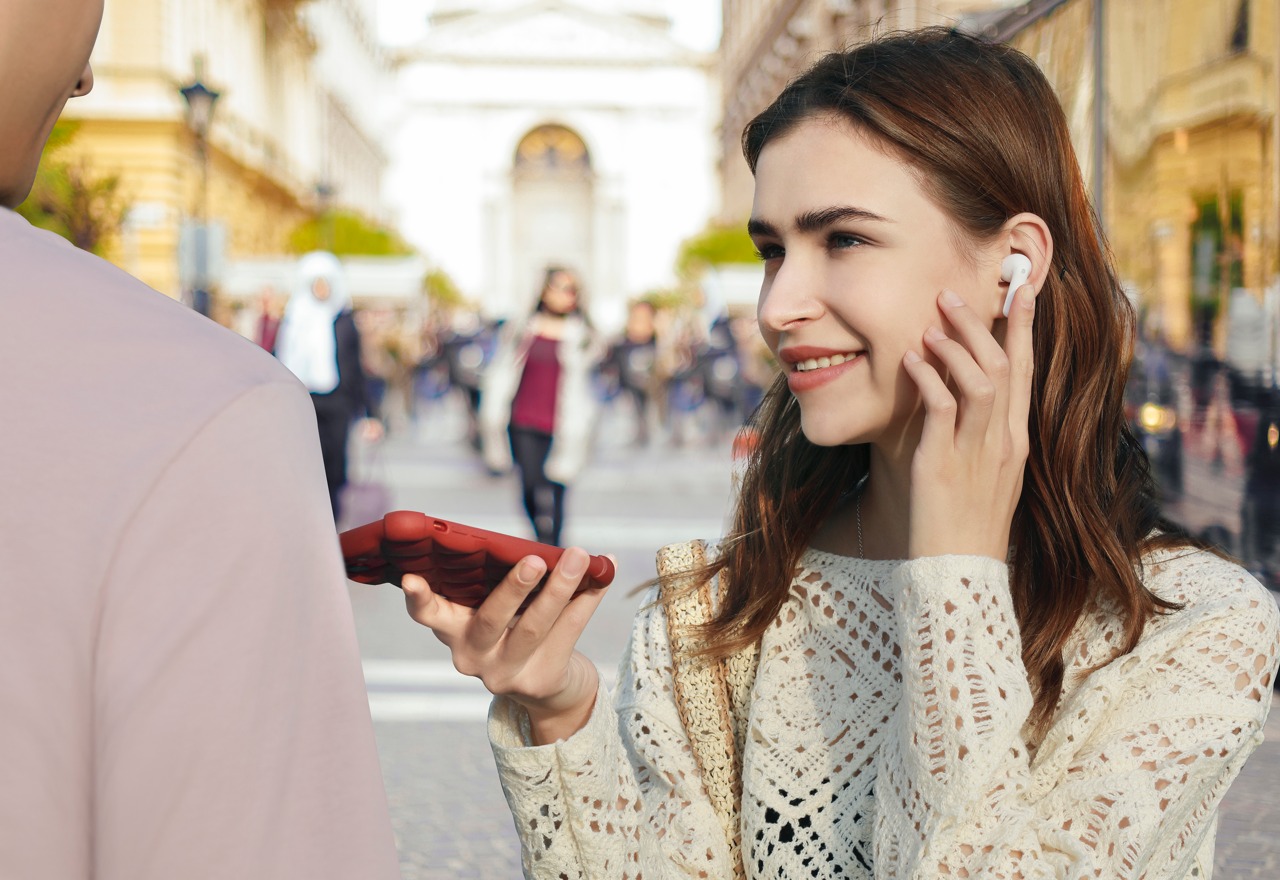 Speaker Mode is where your phone’s speaker and earbuds work as translation devices in tandem, allowing you to have conversations with strangers without necessarily handing them one earbud. In the latter mode, the Timekettle M3 earbuds will recognize and translate your spoken sentences, then play them through the speaker of your phone. Extremely efficient for short questions and answers.

Together, all three modes make the M3 perfect for international travelers, immigrants, expats, students venturing abroad, and even people who need to deal with clients and colleagues abroad. 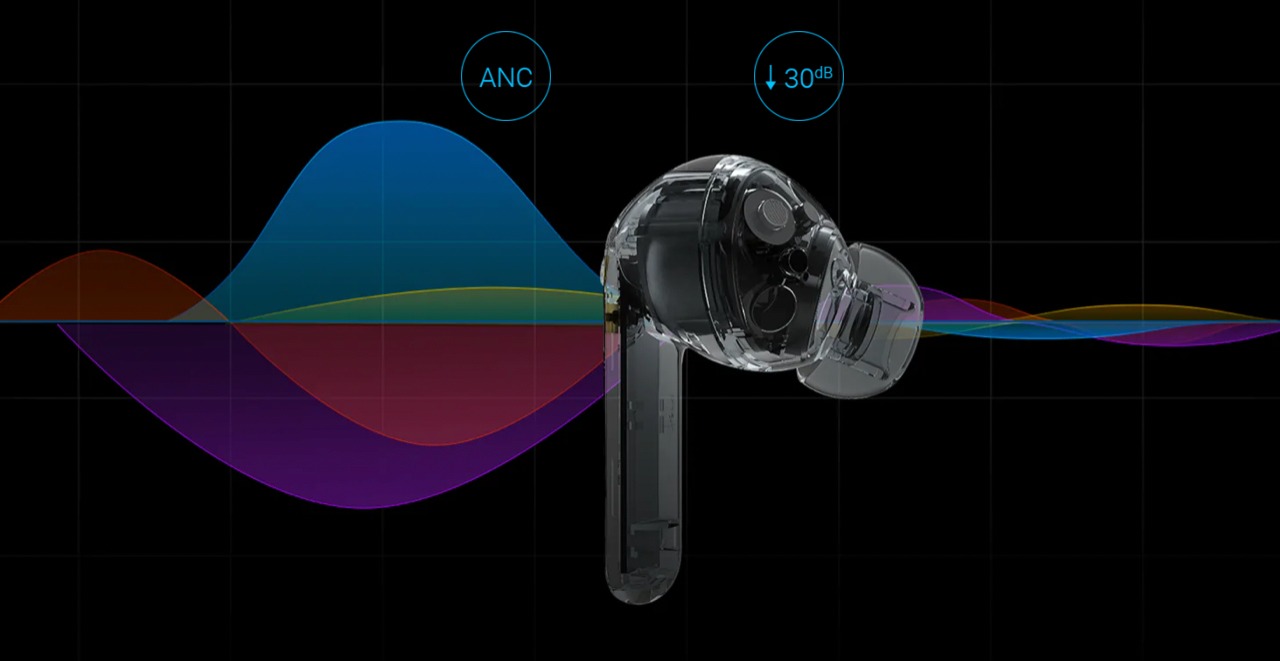 The earphones also come with high-precision ANC (Active Noise Cancelation) and dual-mic noise reduction for your own voice to ensure crystal-clear audio during calls even if you’re in a noisy environment. A Qualcomm Bluetooth 5.2 chip on the inside ensures a perfect and seamless connection every time, and Timekettle’s companion smartphone app doesn’t just aid translation, it comes with its own EQ settings so you can calibrate your M3’s listening experience as much as possible. The M3 are even IPx4 water resistant, and last for approximately 7.5 hours on a full charge and up to another 25 hours extra when used along with the charging case. 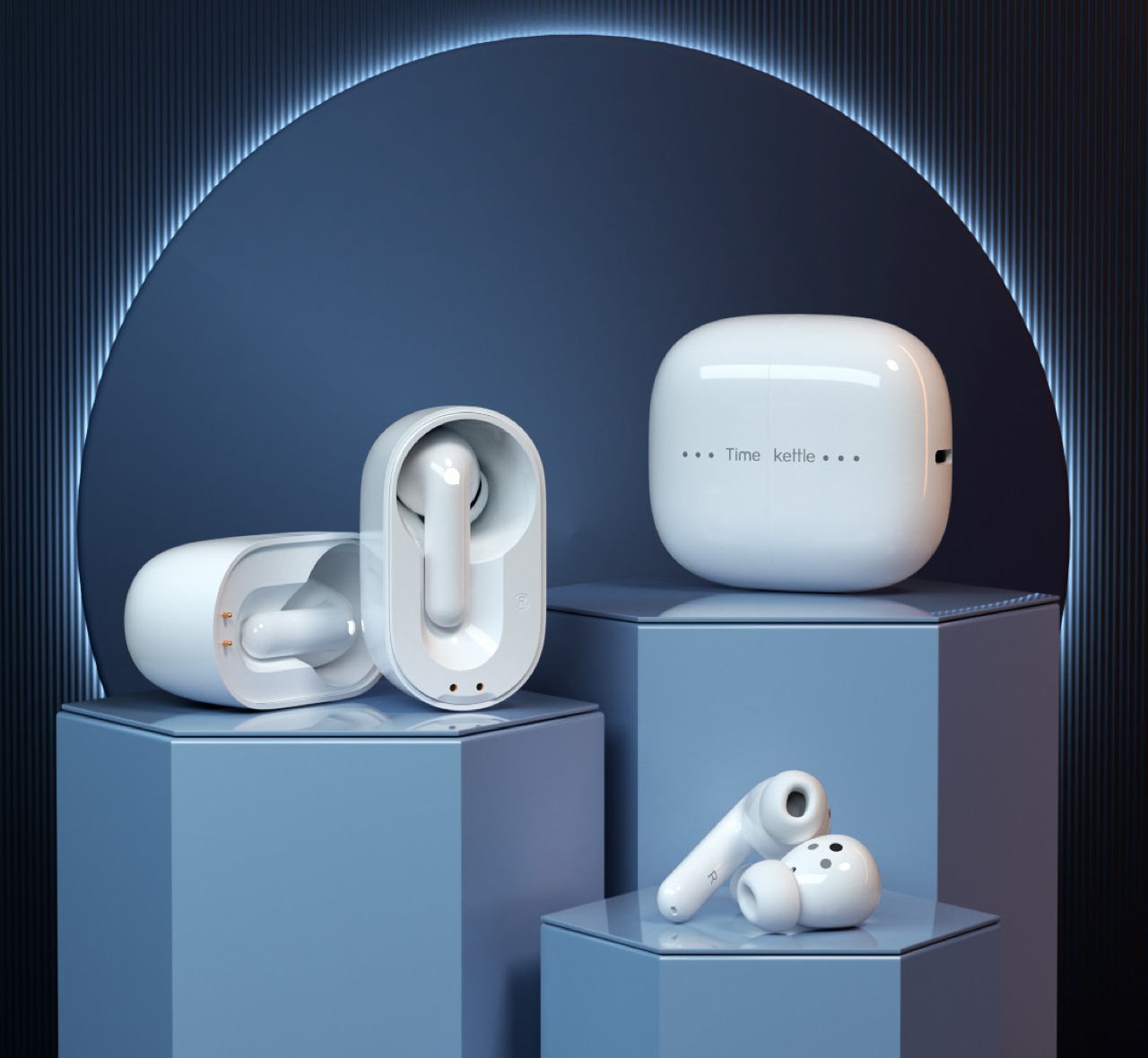 The M3 is priced just like your regular pair of TWS earbuds but also includes the offline pack featuring internet-free translation for 8 languages (English to Japanese, French, Spanish, Korean, Chinese, Russian and German) and 40 languages once connected online. The Timekettle app is available for both Android and iOS phones, and together with the M3, provides a perfect arrangement for foreign trips, exchange programs, or just working with overseas clients. Très magnifique, non?

Everything old is new again, or so it goes with this latest novelty lamp design called “Good Night Eileen” by Christine Birkhoven. Mixing old uses…

We are all seeing the effects of lesser vehicles on the road due to the lockdown, the air in so many cities has become cleaner…

An ingenious hack is allowing doctors to repurpose snorkeling masks into makeshift ventilators. Approached by doctors in Italy, Isinnova teamed up with Decathlon to design…