Any of you ever read those really weird “2099” comics that Marvel Comics put out in the 1990s? Well here’s something even weirder. A kitchen based around the “Claytronic Atom” – teeny tiny (nanometer) silicium spheres (tiny little robots) that can reconfigure instantly to create basically whatever forms you want. See this silly video to learn more, then continue below for basically the greatest kitchen ever.

The kitchen has a single form pre-programmed into it so that it can be displayed and installed. After that, the form can be changed by its owner. After the basic kitchen is owned, new models can be purchased and installed (kind of like applications, or “apps.”) The shape the kitchen takes when brought out of the store is a simple cube form.

The cube can be transported easily, and set up simply in a range of different environments. The box contains cooking and cleaning equipment which take the shape of the instruments they need to include. The box contains heat conducting metal which can work with external tools (like pots and pans.) The box cleans itself as the substance that is the claytronic atoms absorbs the food waste and takes it to the proper garbage receptacle.

Lots of other stuff, too! The kitchen has a memory for recipes, the kitchen is powered by H20 fuel cells, the kitchen loves you! Oh that’s a pretty big deal too: totally green! 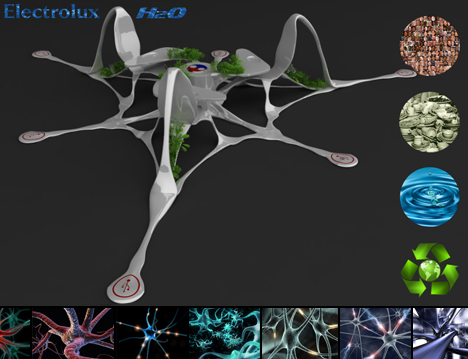 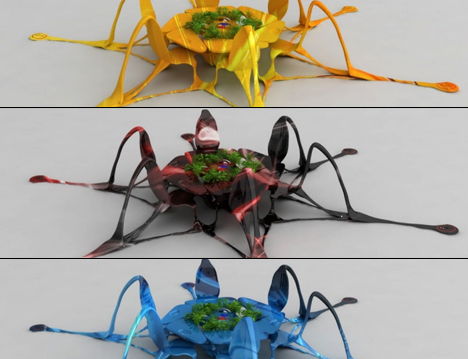 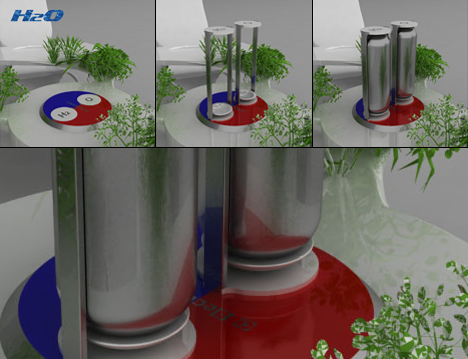 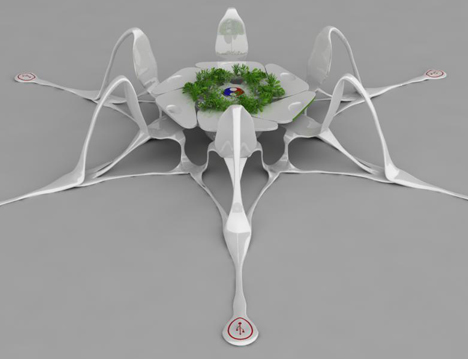 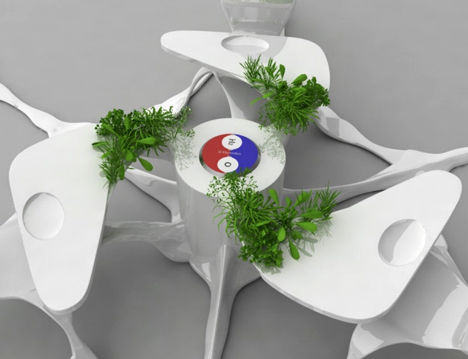 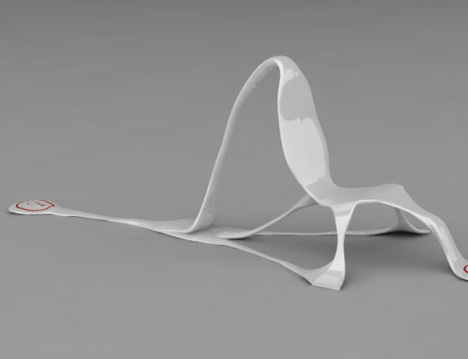 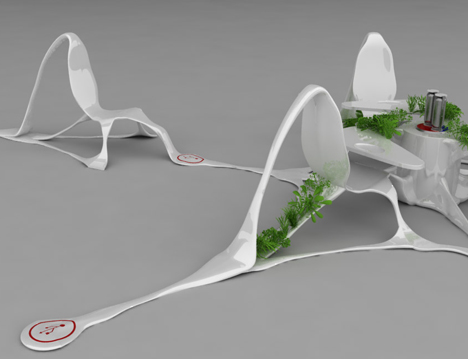 Oh boy, this Plug Cup is going to make me lazybones. Ever since I’ve laid my eyes on it, I have wanted this concept to…

The Muji Coffee Maker’s starting point is its landscape of use. Its form is a perfect cylinder, making the product non-directional something that has not…

However simple they originally were, espresso capsule machines have largely become overcomplicated, unintuitive and over-designed. MILO is a response to this movement that focuses on…