The AirPods Pro 2nd generation, most commonly known as AirPods Pro 2, has been long rumored and now Apple has surprisingly announced the noise-canceling true wireless headphones at the “Far Out” iPhone 14 event. The accessories were revealed along with the iPhone 14/14 Pro and Apple Watch Ultra.

Apple has loaded the latest pair of earbuds with the H2 chip that brings more processing power and better energy efficiency for superior battery backup. The chip works in conjunction with the low-distortion drivers and custom amplifier for a noticeably improved sound quality even with the low-resolution AAC mode over Bluetooth. For audiophiles that means more clarity and depth in the audio being delivered. According to Apple, the latest AirPods have double the noise canceling levels for people with an active lifestyle. 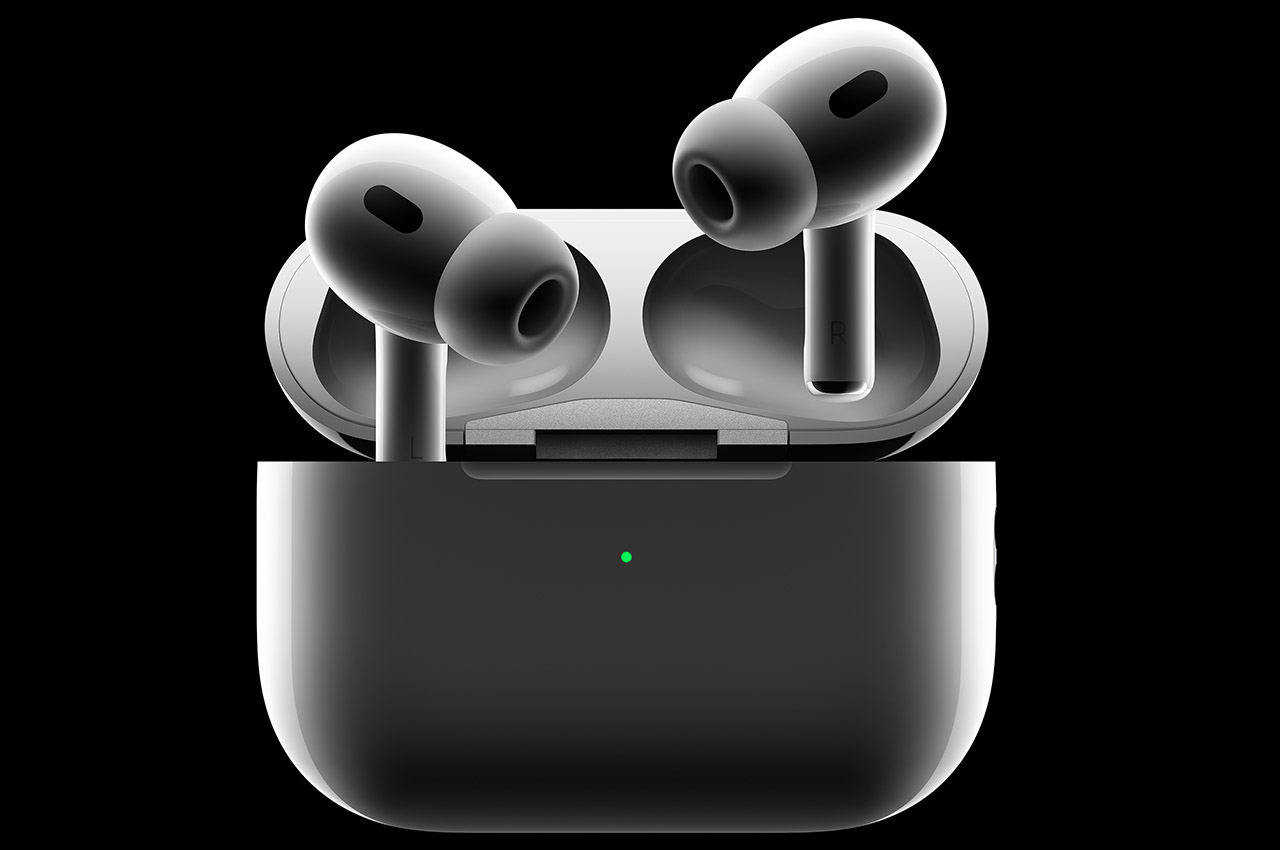 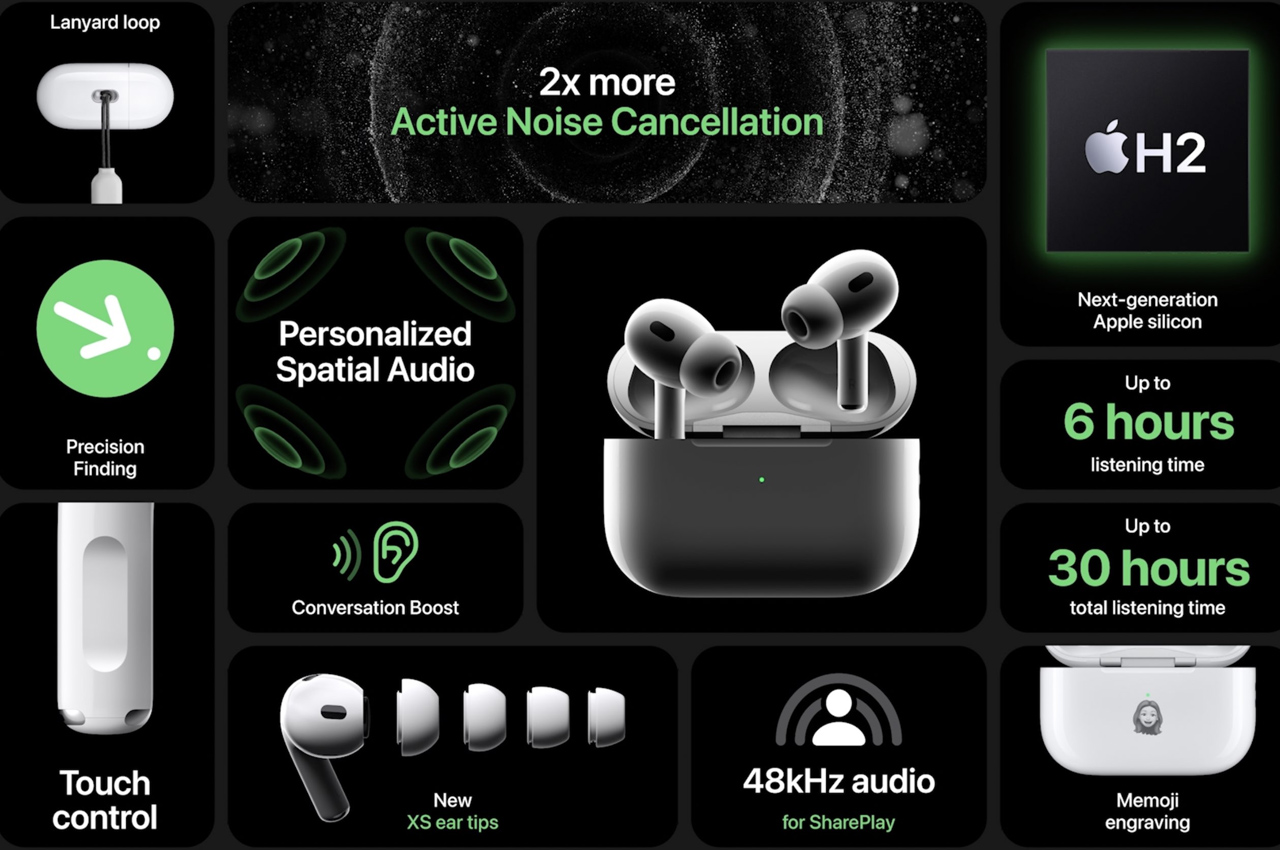 The design of the ear tips hasn’t changed much, although Apple has added a fourth extra small tip for people with small ears. For now, at the event, there was no mention of the Lossless tracks over wireless. Maybe Apple will announce that later on just like they did with the Spatial Audio feature for the AirPods Pro 2. On the new flagship earbuds, audio lovers will get the perks of personalized Spatial Audio and an enhanced transparency mode capable of detecting ambient noise. 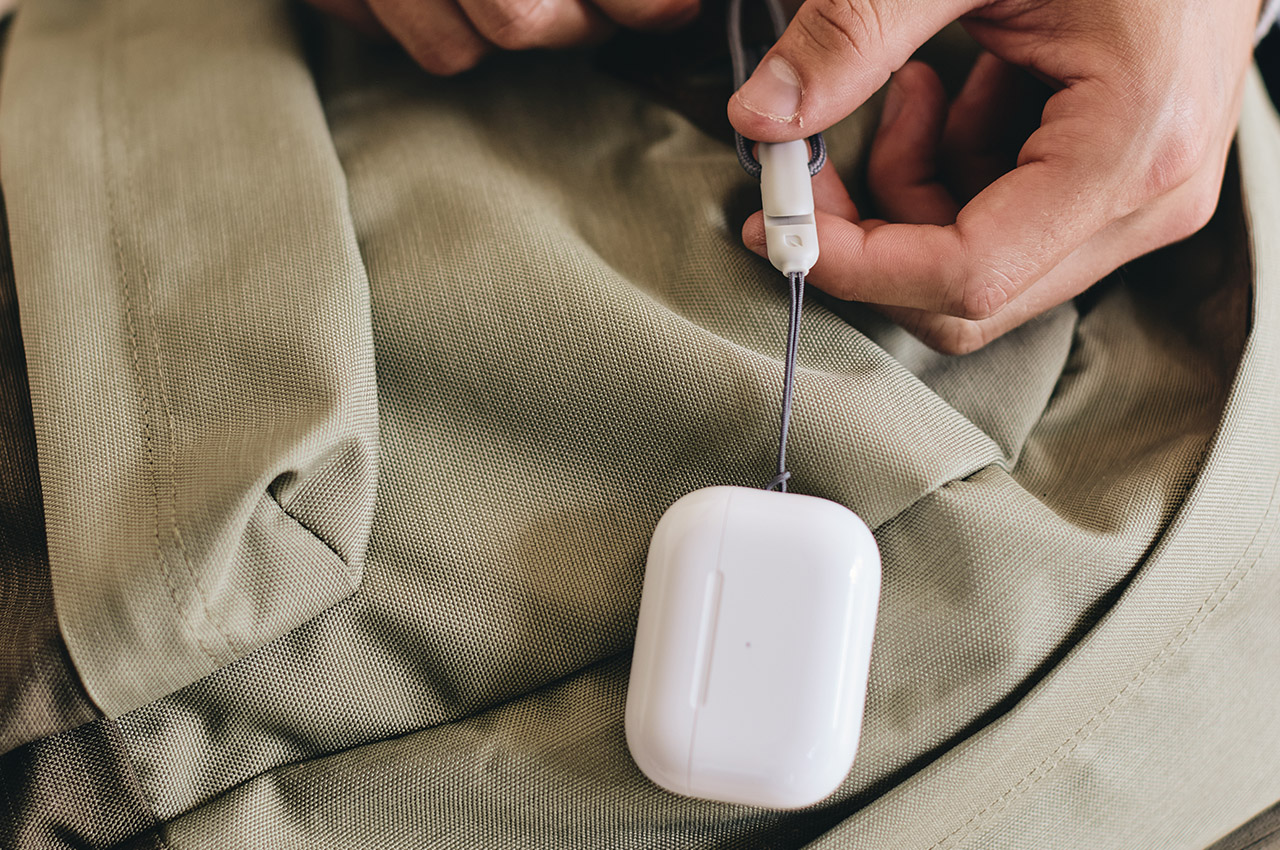 Apple has not induced any major exterior changes for the look, but one major inclusion will fascinate audio lovers. There are touch controls on the stems to toggle playback and volume levels with swipe gestures. Battery life sees a 33 percent improvement on the AiPods Pro 2 with a claimed six hours life on ANC mode and 5.5 hours with spatial audio mode. The charging case adds another four hours to the equation. 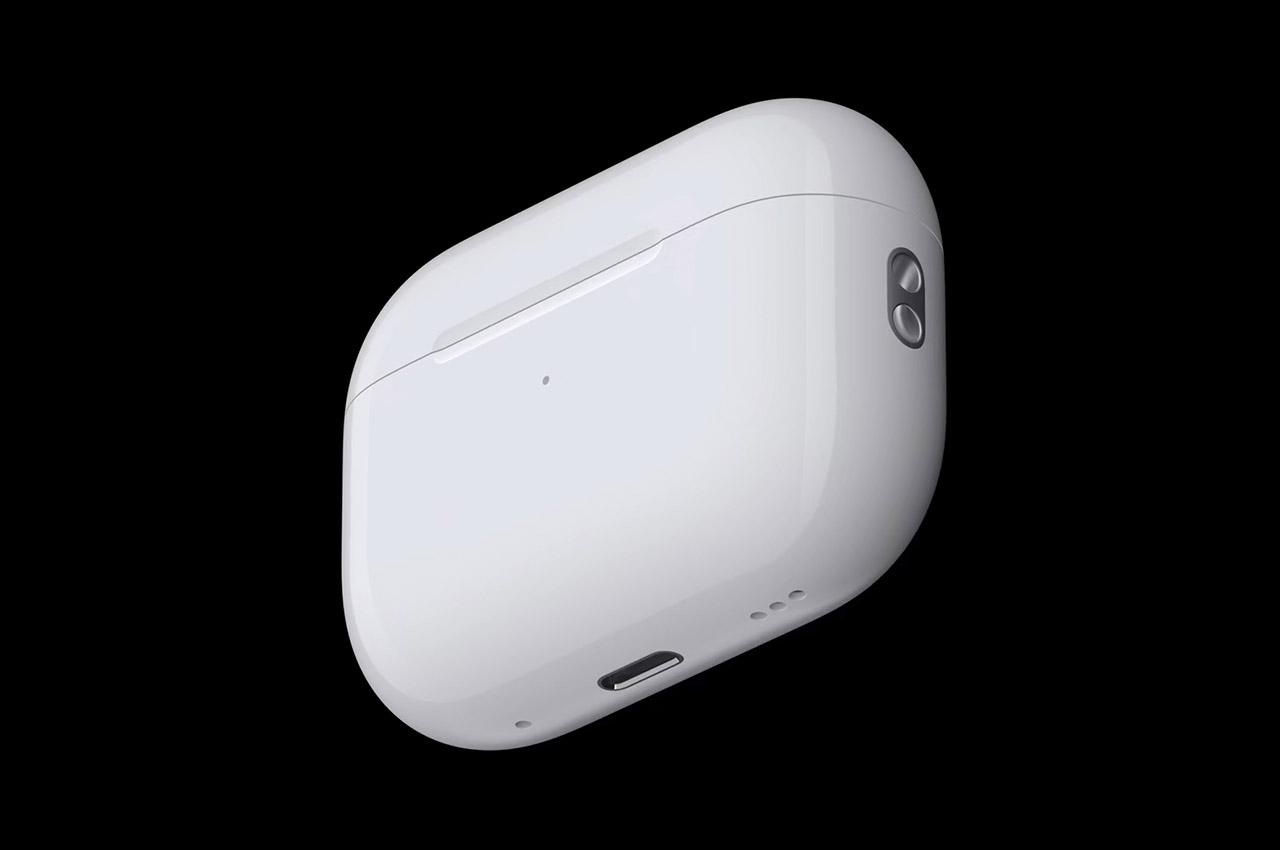 Talking of the charging case it gets a speaker on the bottom for better tracking with Find My app. Apple has also included the case with a loop to hang it with a lanyard. The sweat and water-resistant earbuds can be charged with the lighting cable or a Qi/MagSafe charger like the Apple Watch charger. 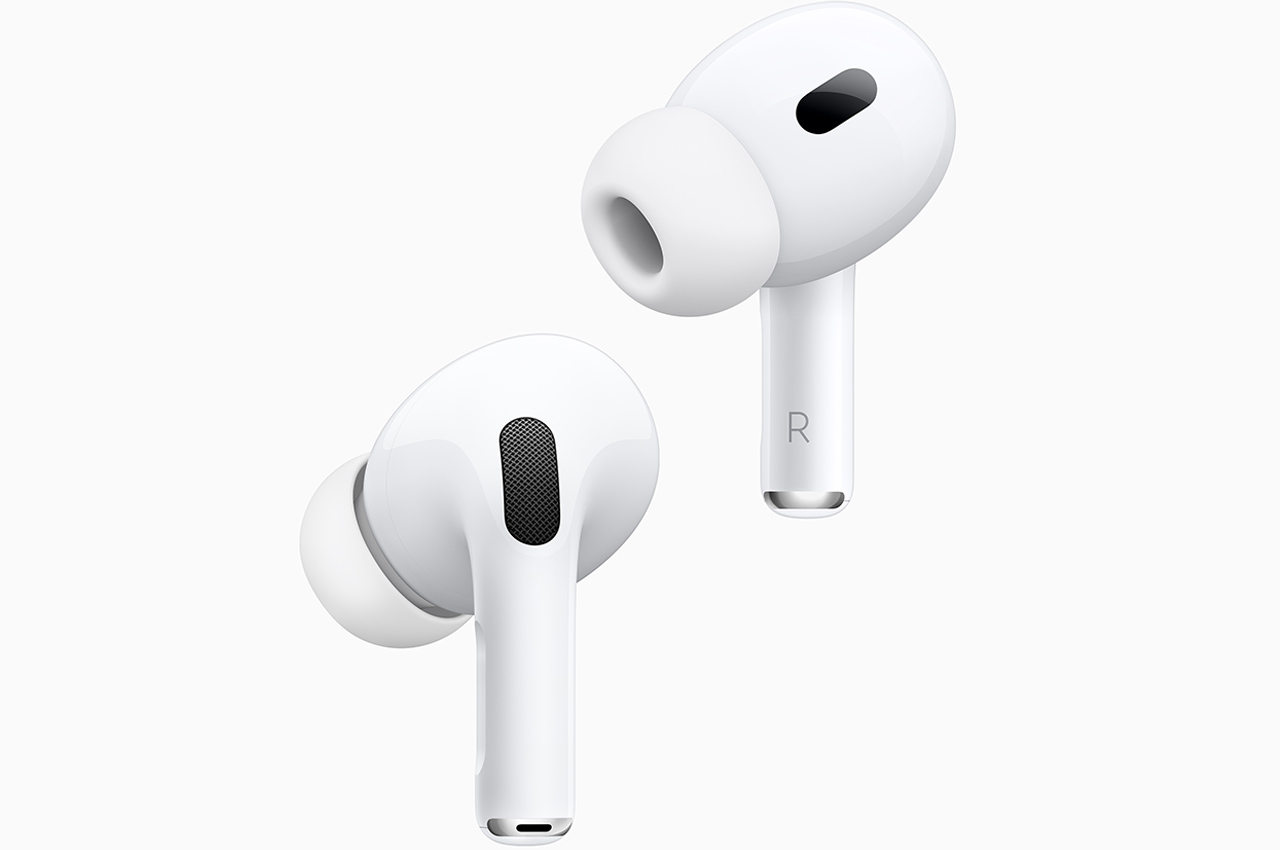 For me, the changes are just enough for someone needing the convenience of true wireless earbuds with the promise of improved audio quality and a compelling case to make the upgrade from the AirPods Pro. The earbuds will be up for pre-order on September 9th for a price tag of $249, and shipping begins on September 23rd. 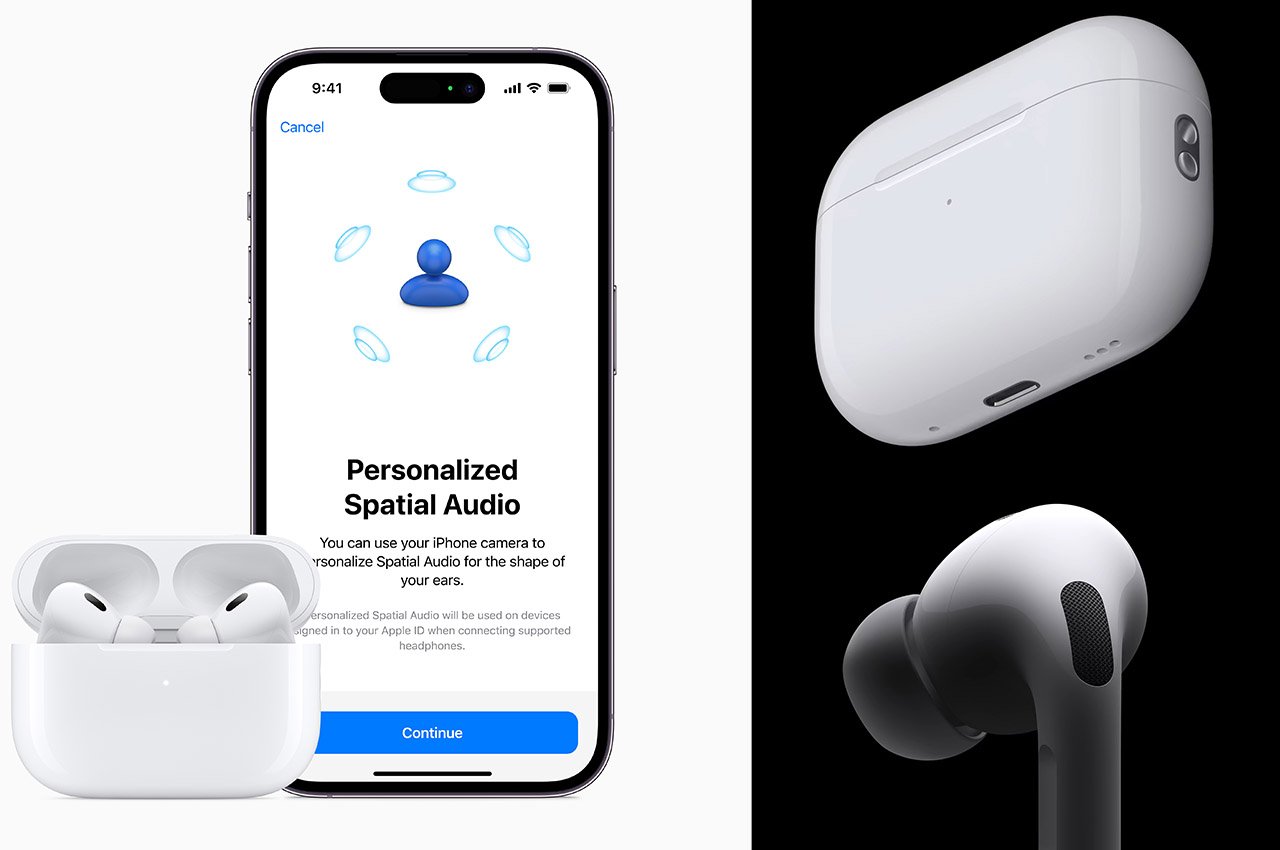 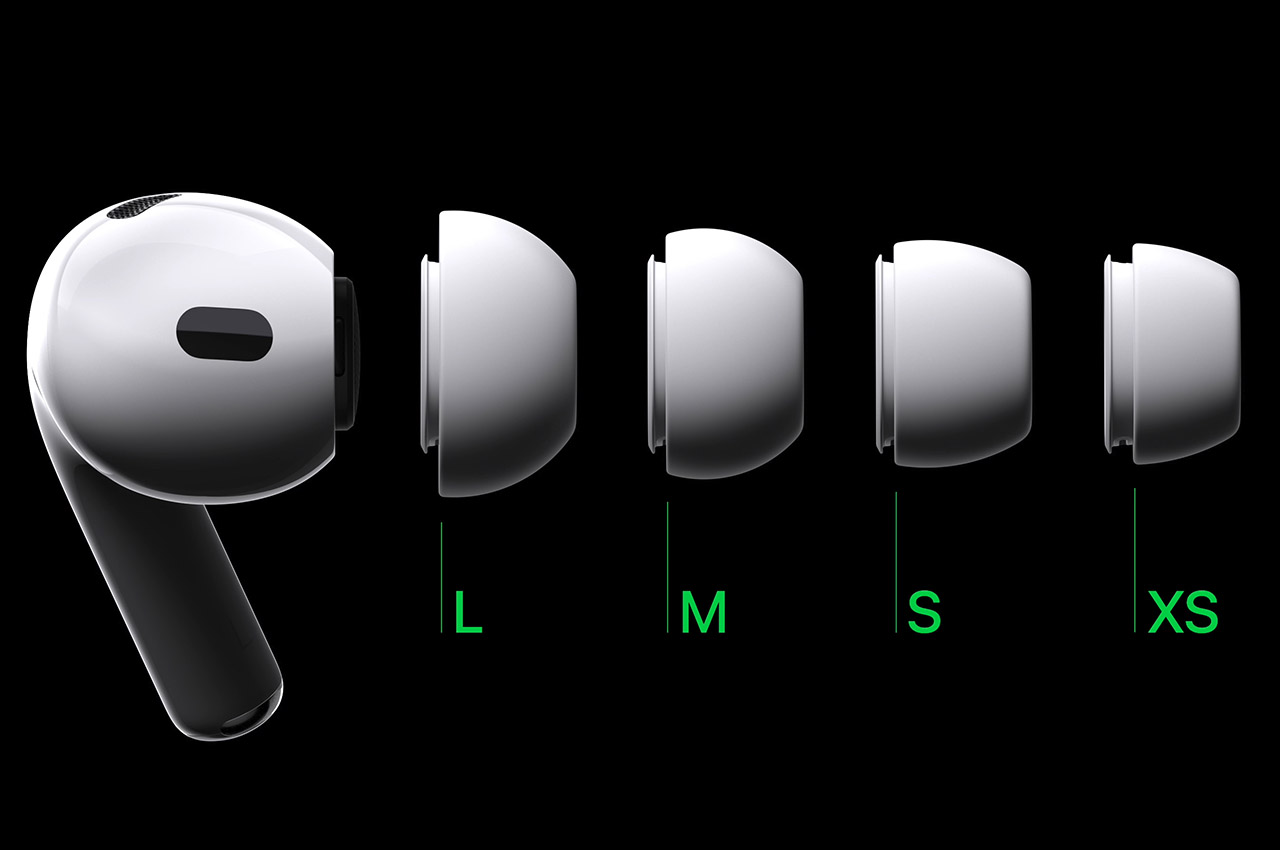 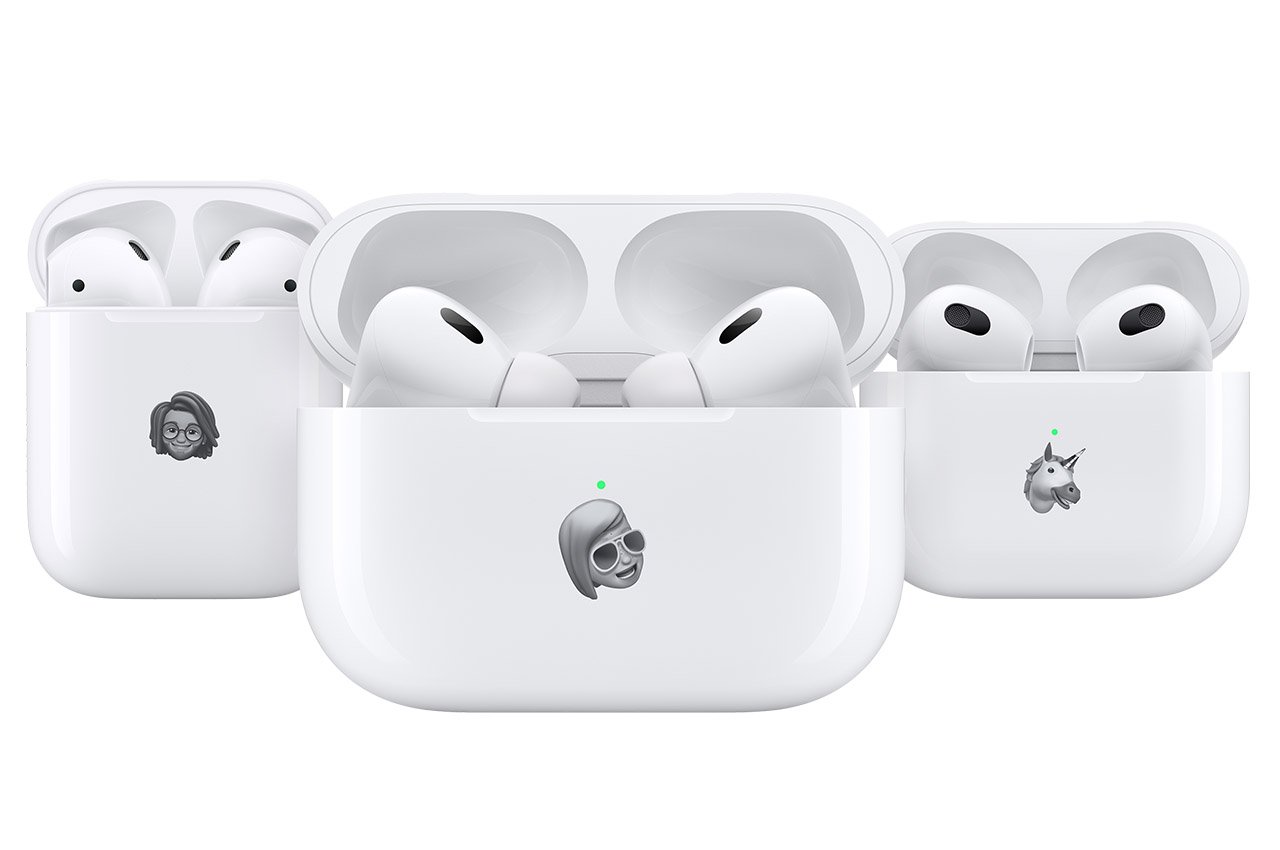 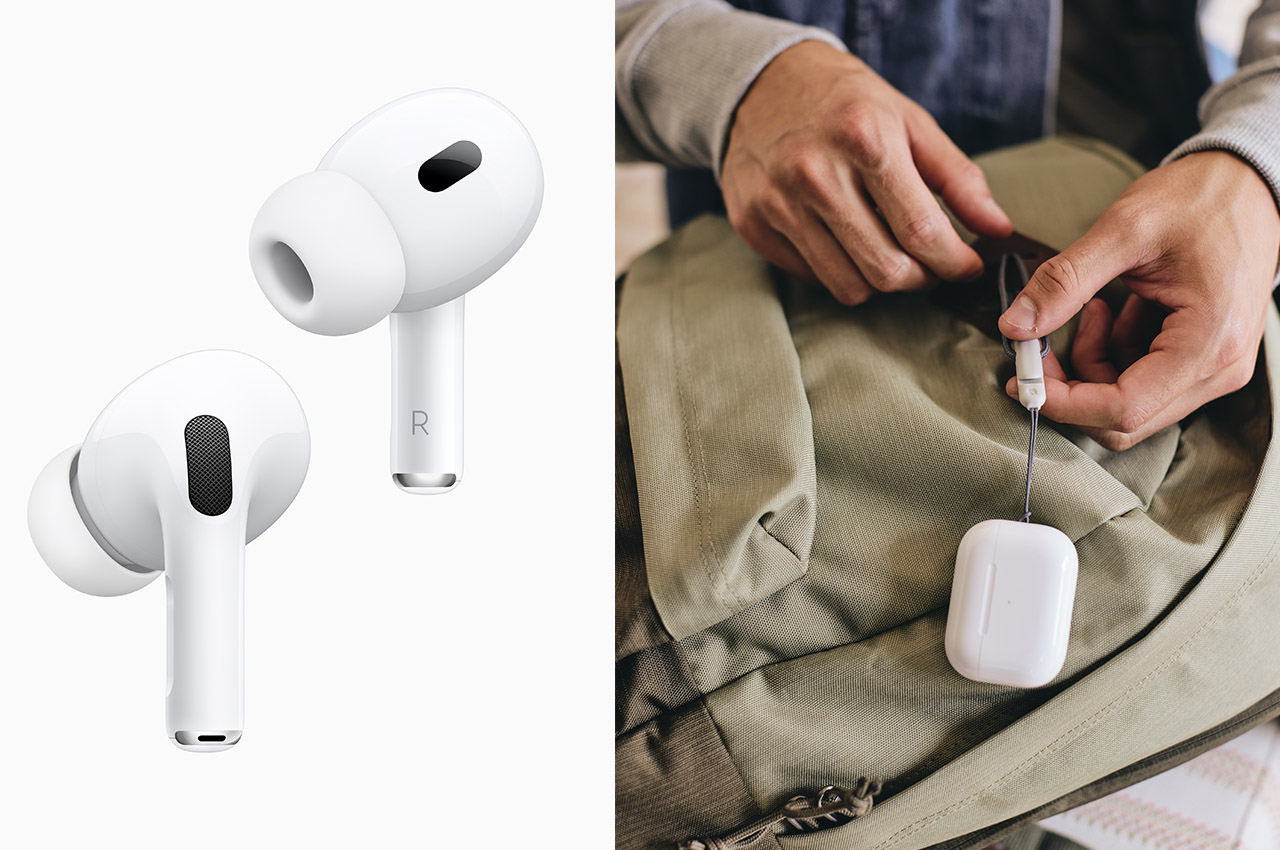 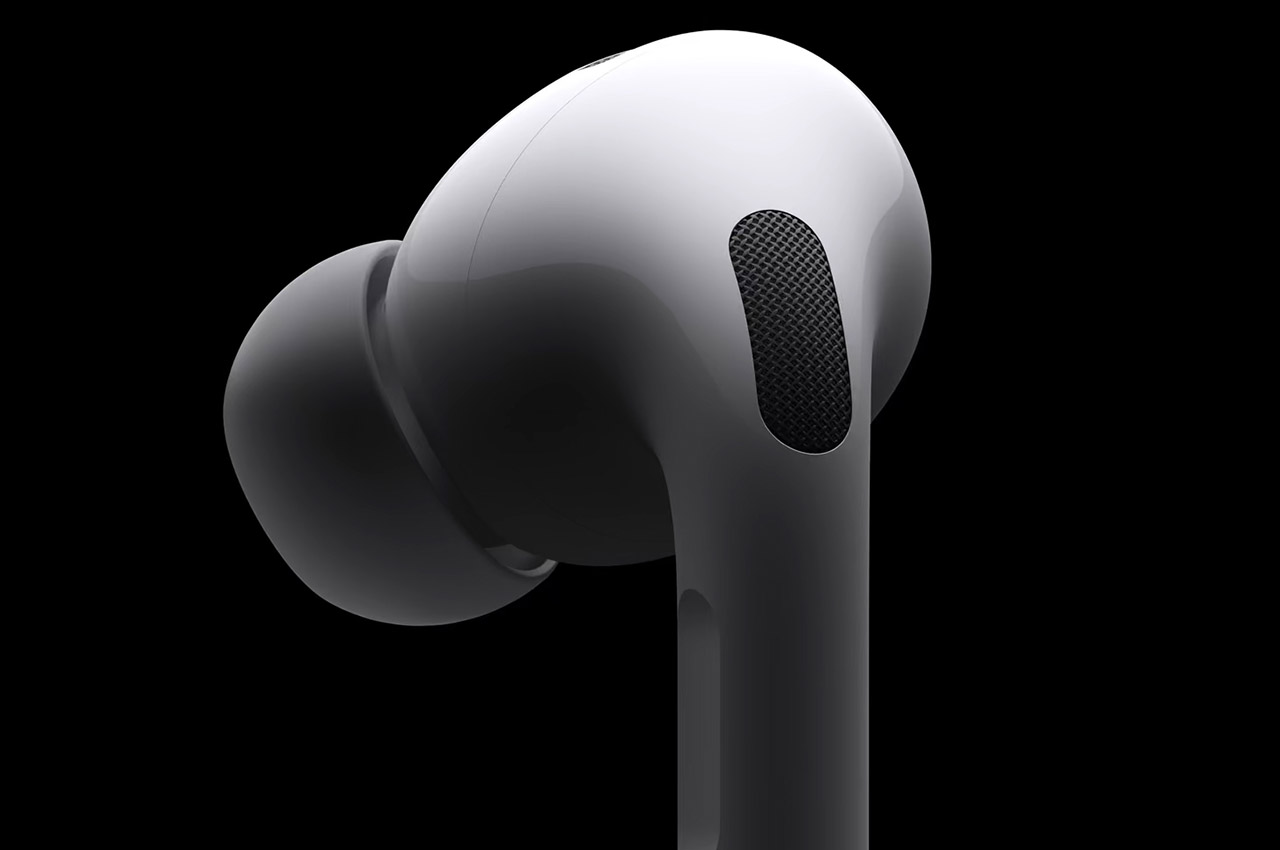 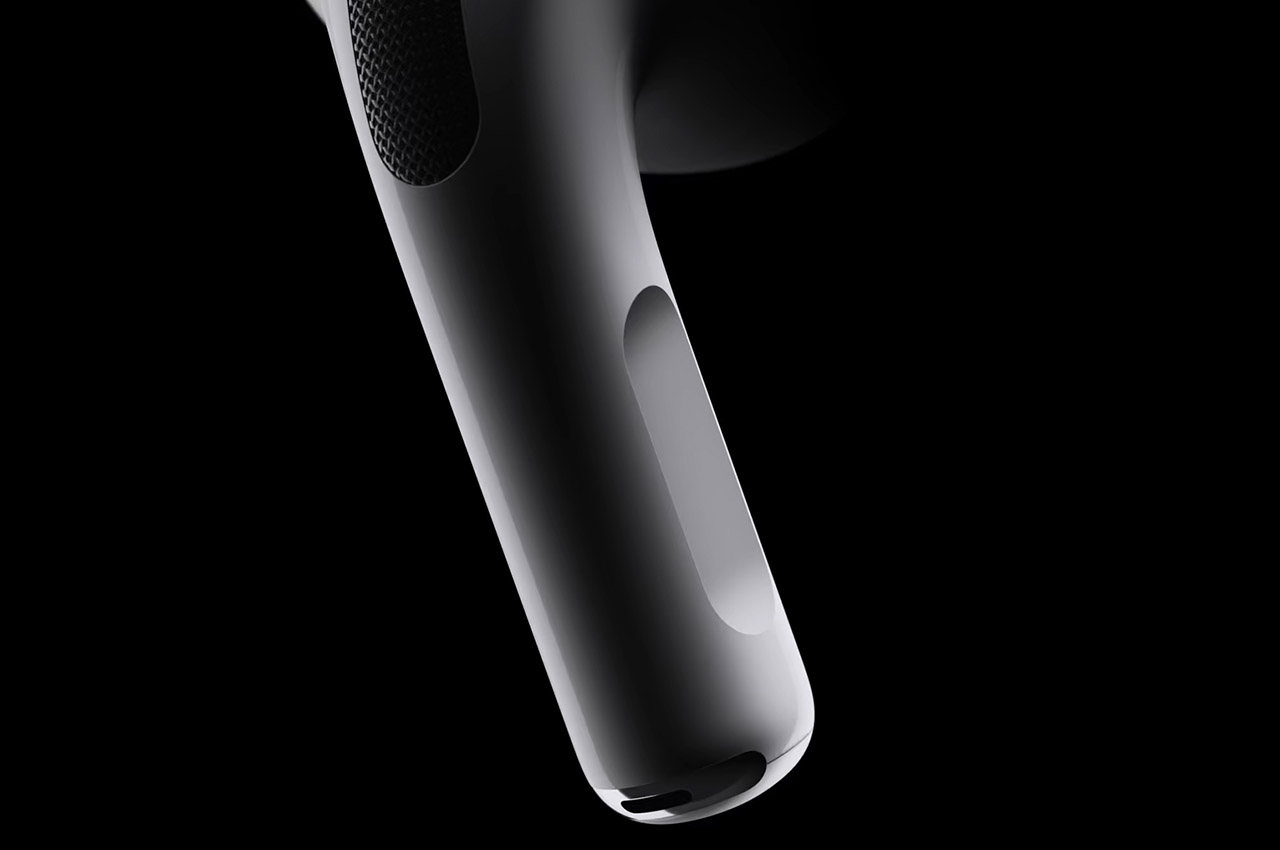 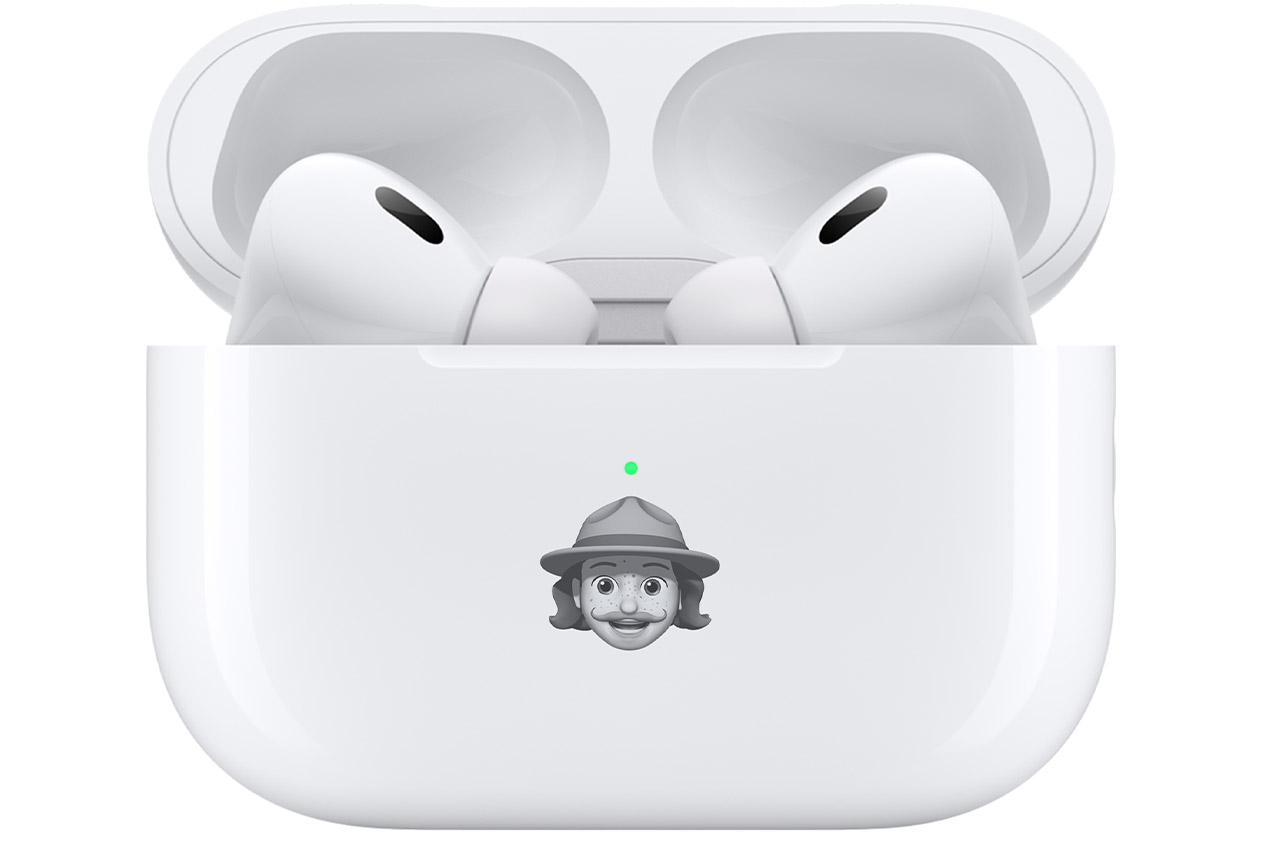 I often go into one of those modes when I do nothing but look for the hottest products around the world. Literally weeks on end…

Green Thumb Gets The Light

Eco-Lantern is a hand-held lantern that doubles up as a terrarium for tree saplings using a growth light as the light source. The idea of…

https://www.kickstarter.com/projects/sondretravel/voyage-sleep-mask-the-compact-360-padded-sleep-mas? Designer Matt Benedetto loves to travel. As a result, he knows pretty much every con there is to traveling. Whether it’s not having the…